I previously wrote about J. Allen St. John (1875-1957) here, mostly dealing with his color illustrations for books by Edgar Rice Burroughs (1875-1950). Background information on St. John can be found here and here.

St. John is considered by many to be highly influential to later generations of illustrators dealing in Science Fiction and, especially, Fantasy art. That is probably more to do with establishing certain conventions than his abilities as an illustrator. In the post cited above I mentioned "reproductions of his paintings often strike me as having too-fussy brushwork." I think this tendency carries over to his monochrome illustrations, especially those rendered in pen-and-ink.

To demonstrate my point about St. John's dithering penwork, compare those illustrations to that of master pen-artists Franklin Booth (1874-1948) and Joseph Clement Coll (1881-1921). Some of the difference might be chalked up to the quality of paper used for printing their works. Book illustrations on the same kind of paper as the text couldn't support fine penwork. On the other hand, some books from the early decades of the 20th century had glossy paper tip-ins that allowed for much more detail and subtlety in the artwork. In such instances St. John would abandon pen-and-ink for charcoal or wash drawings.

Interesting fact: All the men mentioned above were near-contemporaries. 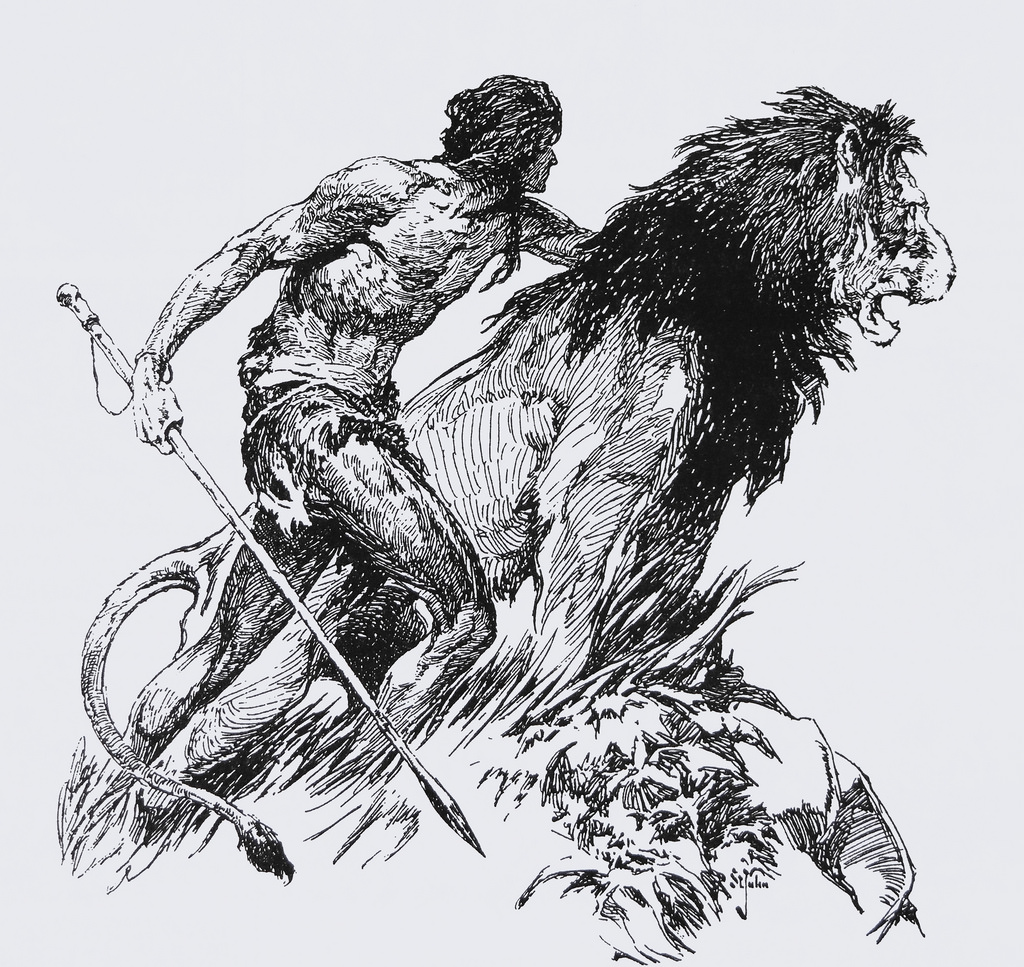 From Tarzan and the Golden Lion
Here St. John does a better job on the lion than he does with Tarzan. 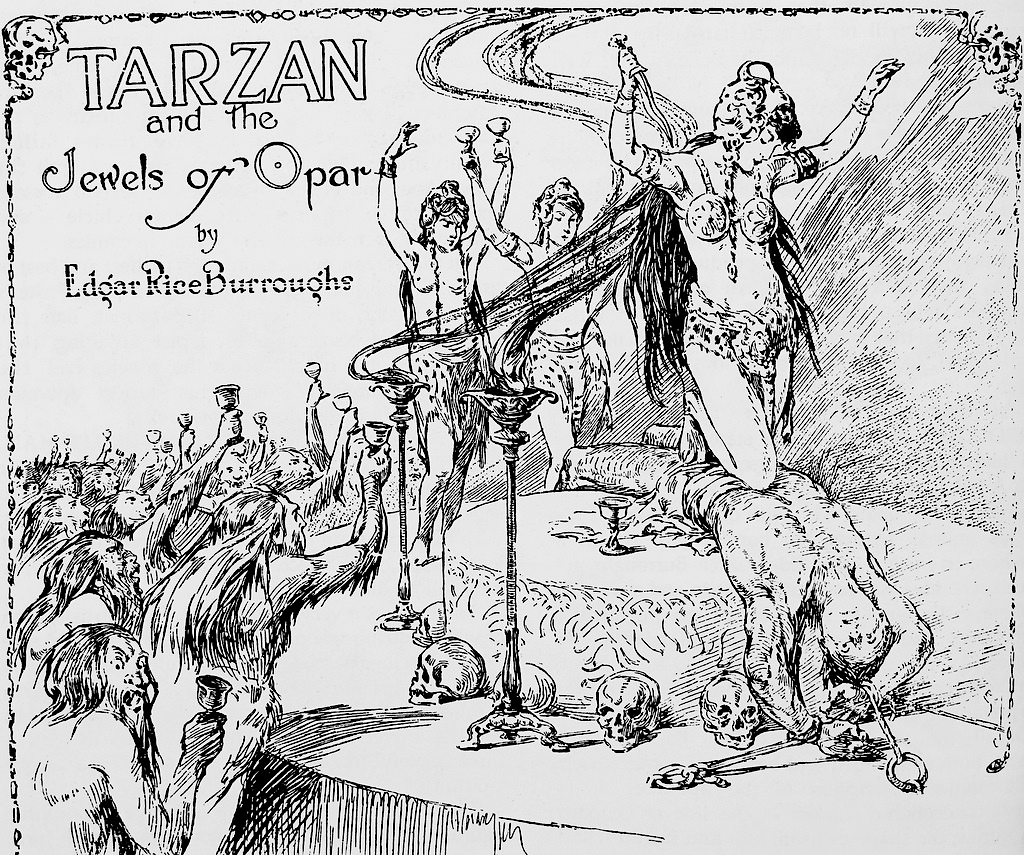 From Tarzan and the Jewels of Opar
Some illustrations from another Tarzan book. 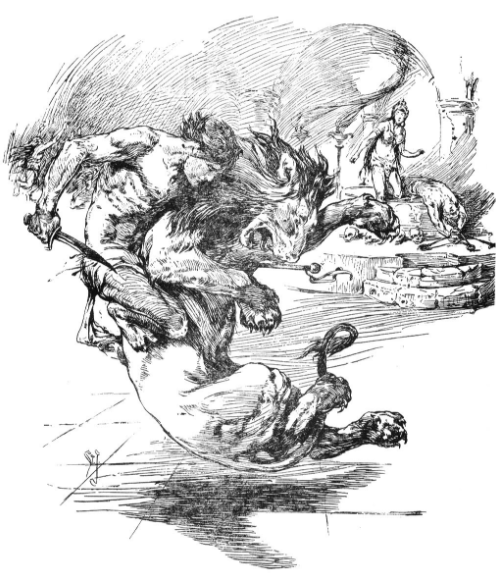 From Tarzan and the Jewels of Opar 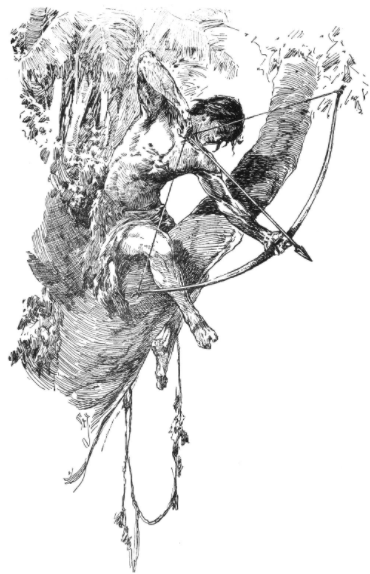 From Tarzan and the Jewels of Opar
Here the depiction of Tarzan's body comes off fussier than that of the foliage. 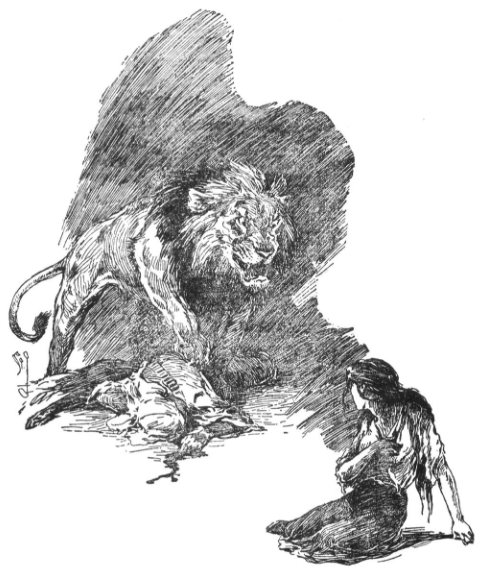 From Tarzan and the Jewels of Opar
This seems to have some wash or diluted ink work. Still, the pen strokes are largely haphazard, resulting in lack of clarity for the scene depicted. 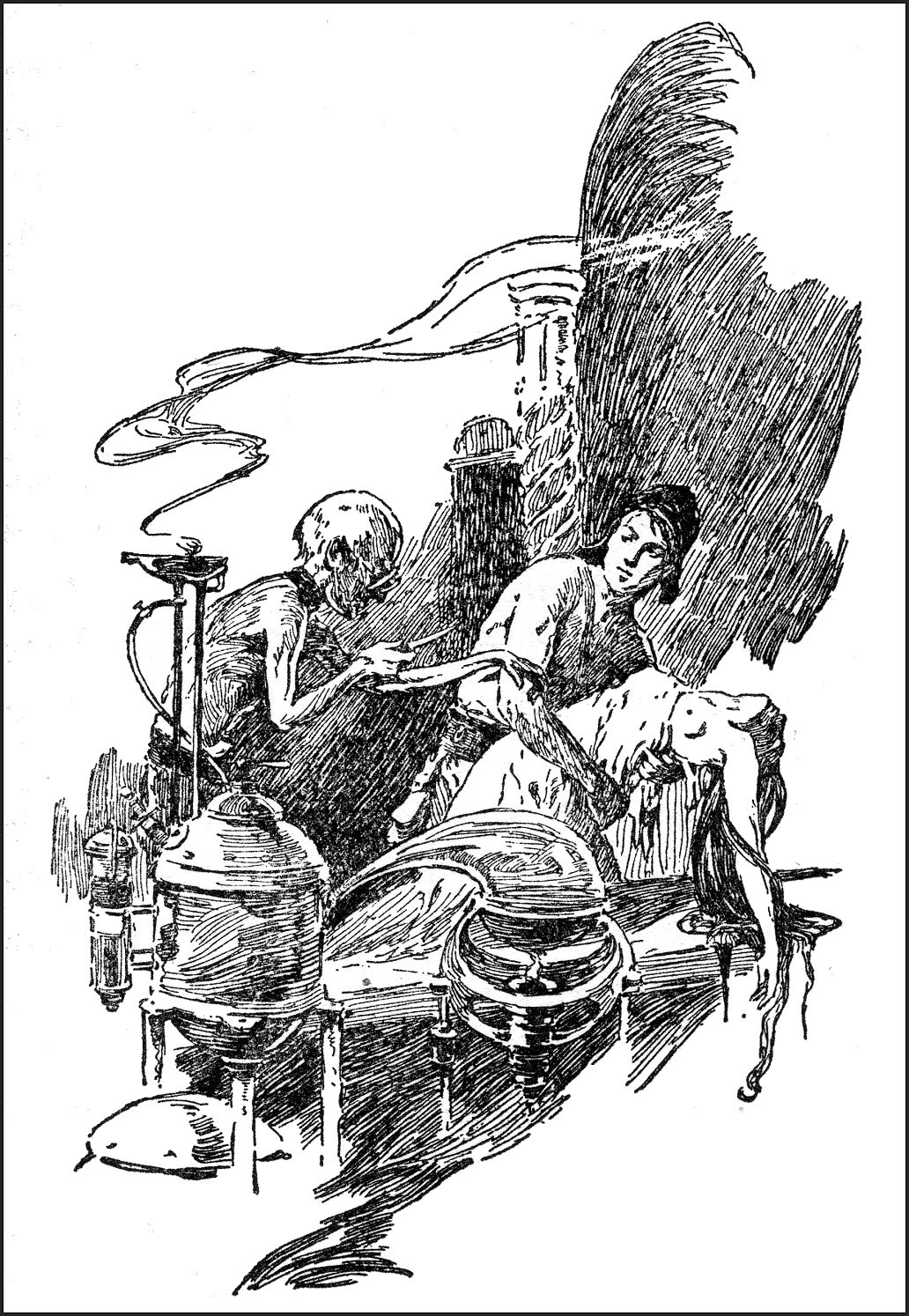 From Mastermind of Mars
Illustration for one of the John Carter of Mars novels. The background shading blends too closely to the definition of the subjects, reducing clarity. 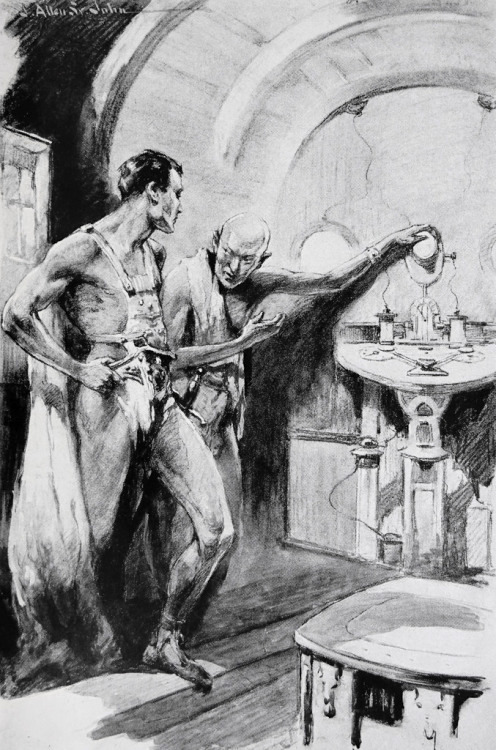 From Swords of Mars
This illustration was intended for slick paper, but St. John's use of shadows again hurts the composition. 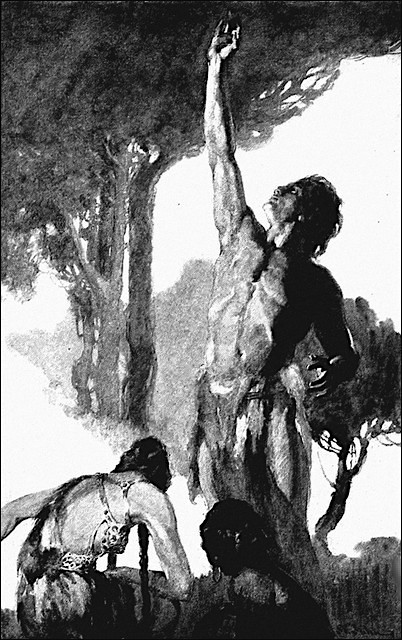 From Tarzan the Terrible
All the images thus far, including this one, are probably scans from old books. This one seems to be from a slick tip-in, but it's hard to be certain what medium St, John used. 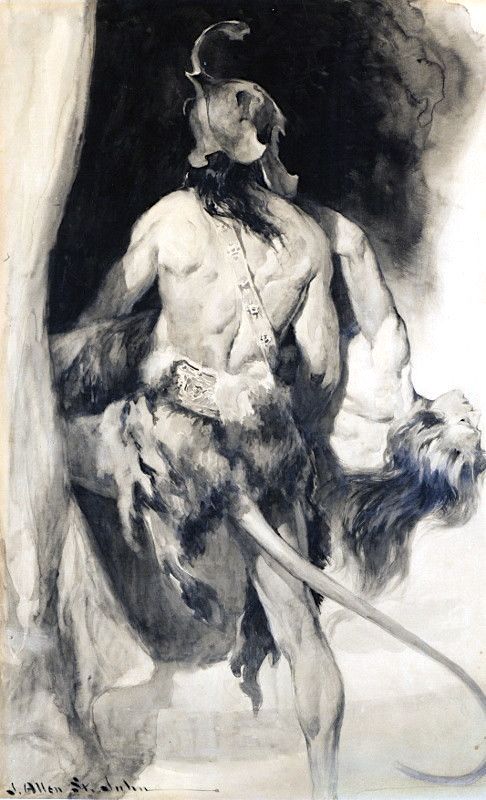 From Tarzan the Terrible
My previous St. John post included a reproduction of this image from a book, whereas what we see here looks like a scan of the original artwork. So far as I am concerned this wash drawing is his most successful illustration ever. The fussiness seen in the other images is absent. Why? I have no idea.