For some reason I've been interested in 1920s and 30s art, architecture, design, movies and other cultural things for most of my life. Some of that might be because there were remainders of those times still rattling around when I was growing up.

This isn't to say that I think what that interwar period produced was outstandingly good, though some of it was, especially the commercial architecture from, say, 1924 to 1932. And as I've mentioned in this blog and in my Art Adrift e-book, painting during those times was in a fascinating state. Modernism (anti-traditionalism, really) had finished 30-50 years of experimentation, an effort so complete that there was little left to innovate. So modernists didn't quite know what to do next, and other painters didn't know quite what to do with all those concepts modernists had come up with in the years before the Great War.

George Telfer Bear (1874-1973) was a long-lived Scottish painter who seems to have spent most of his career there aside from a few years in the Canadian prairies. There is almost nothing about him on the Internet: the two most revealing links are here and here.

Bear accepted some modernist ideas, but like many others in those days he did so cautiously. For instance, he did little or nothing in the way of distorting the proportions of his subjects. On the other hand, he did "flatten" his picture planes a little (reduced depth effects), and simplified his subjects slightly. As a result, most of the paintings shown below are clearly from the 1920s even though only one has a date.

His work strikes me as being not especially distinctive in the context just mentioned. To my mind they are simply representative of his times and their artistic fashions. 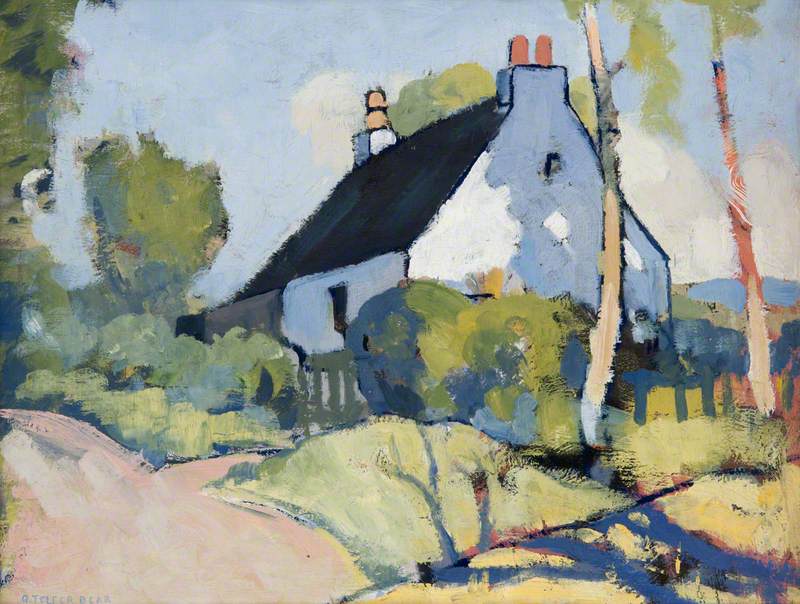 The White Cottage
He painted outdoor scenes and still lifes as well as portraits of women. 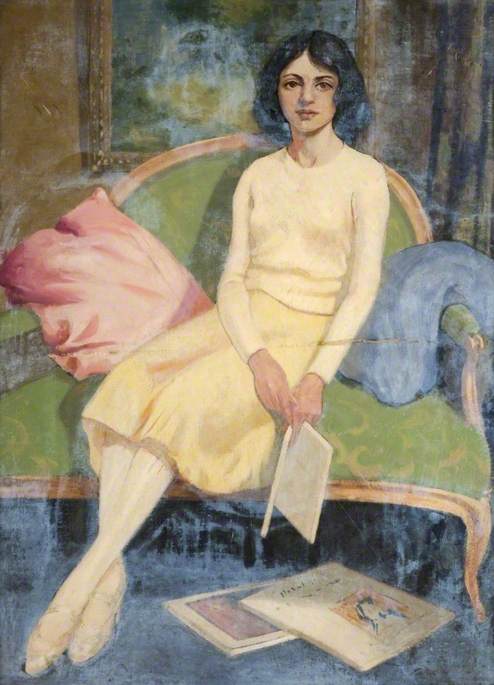 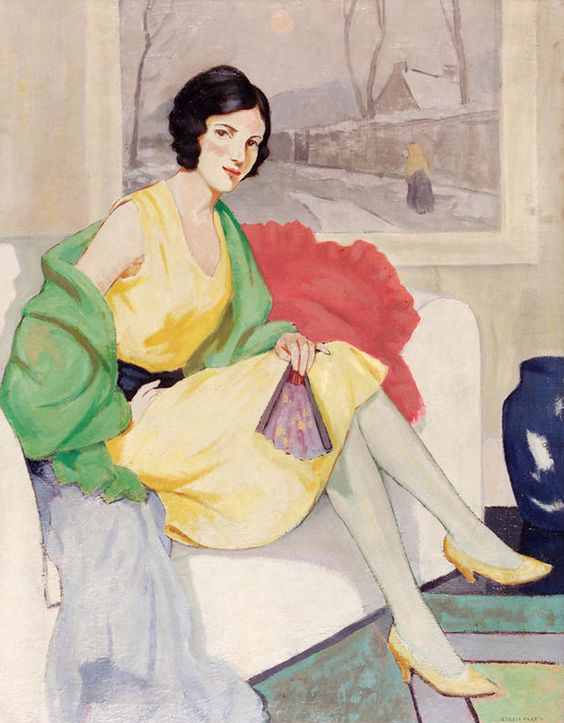 Girl with a Fan - 1931
More poster-like than usual for Bear. 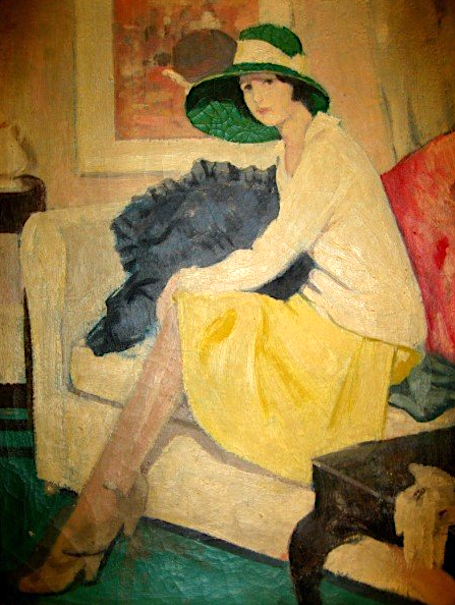 seated woman
Yet another woman in a yellow costume -- could they be the same person? 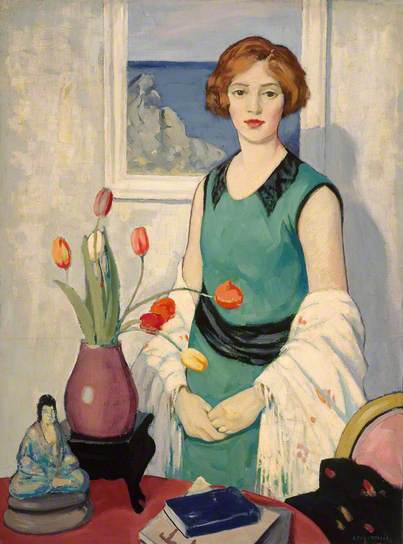 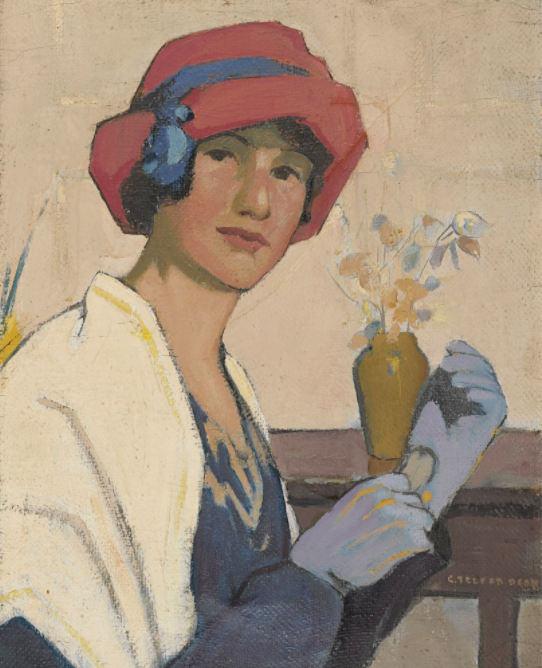