I've mentioned more than a few times that I'd rather see prosperous artists than starving ones. Posthumous fame and high auction prices don't compare well to an unrewarded lifetime.

Leading American illustrators enjoyed financial success, at least while their work remained in demand. And their fame could lead to other sources of income. One case would be appearing in advertisements. First, we see Jon Whitcomb in 1952, painter of gorgeous gals, claiming he loved Fatima cigarettes, a second-tier brand in those days. A biographical snippet on Whitcomb is here, and here is a link with examples of his work. 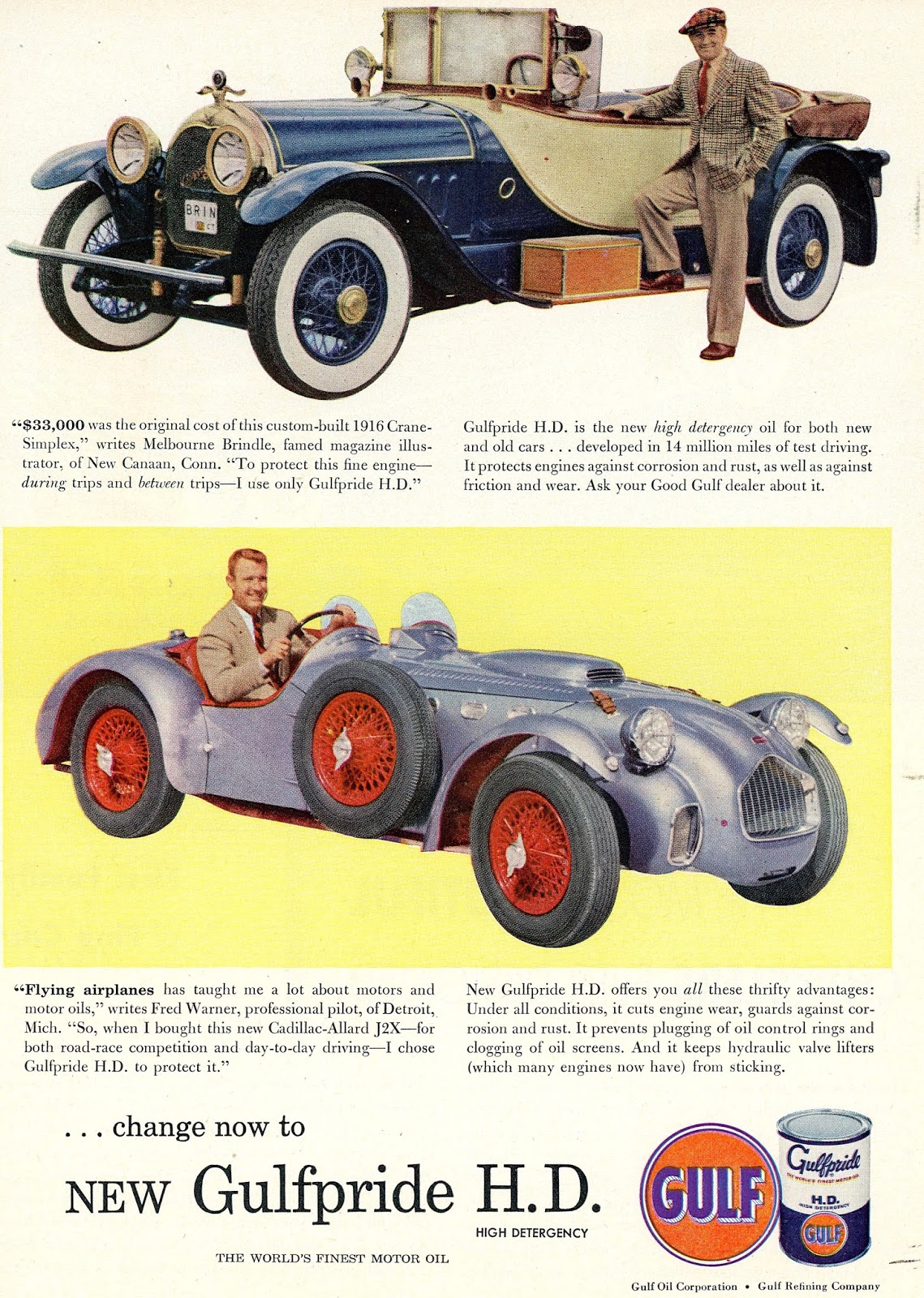 Melbourne Brindle was less famous than Whitcomb, but well-known nevertheless. He was a "car guy," indeed owning that 1916 Crane-Simplex with boating features shown in the upper part of the Gulf ad from the 1950s (click on the image to enlarge). During the late 1940s he illustrated ads for Packard and in the 1950s did the same for Chevrolet.
Posted by Donald Pittenger at 1:00 AM