Reginald Marsh (1898-1954) was an illustrator and painter of blue-collar life who himself attended the very best schools (Lawrenceville and Yale). I wrote about him here, in a post subtitled "Yalie Gone Slumming."

The Ringling Museum of Art in Sarasota, Florida has a large Marsh painting in its collection titled "Wonderland Circus, Sideshow Coney Island," a 1930 work of tempera on canvas stretched on masonite. I visited the museum in May and took some photos of the painting, two of which are shown below. The original of the lowest image is fairly large, so click on it to enlarge and view details of Marsh's style.

Regarding style, aside from supports and media, his paintings and illustrations are similar in general appearance. 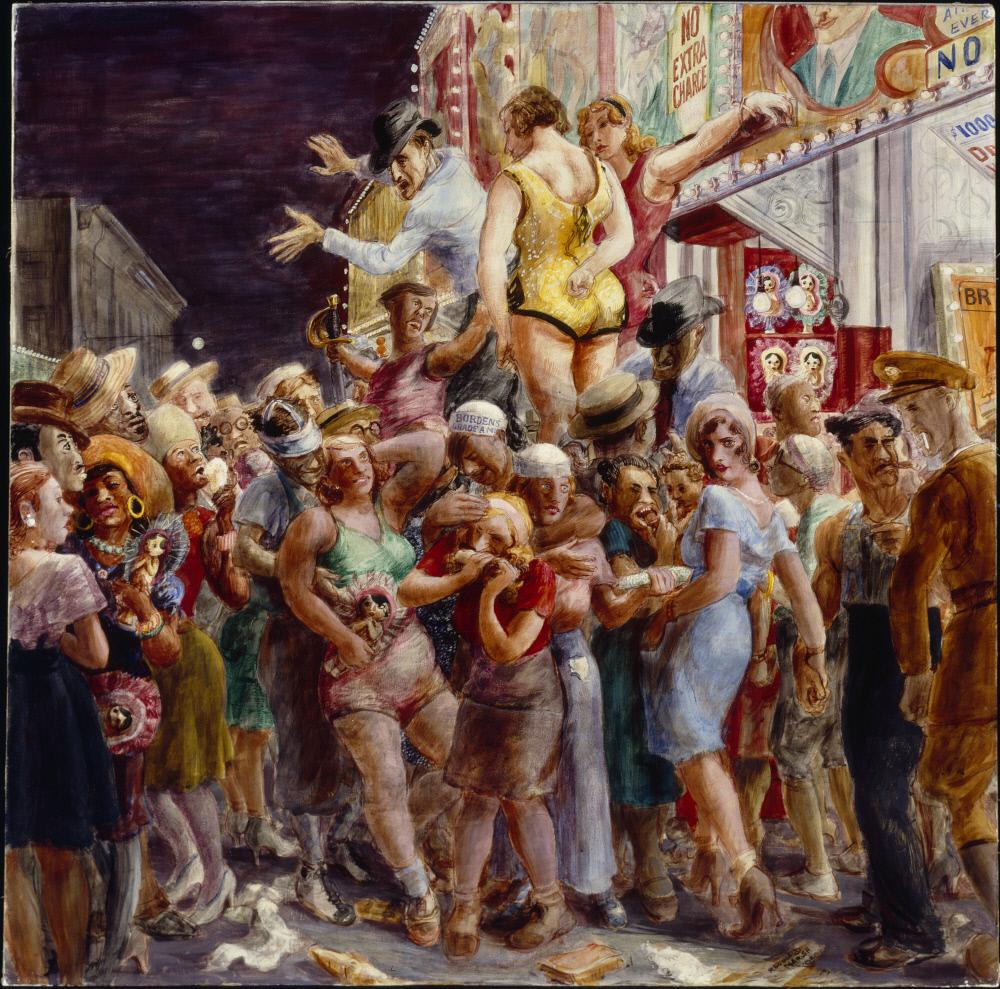 The painting via the museum's web site. 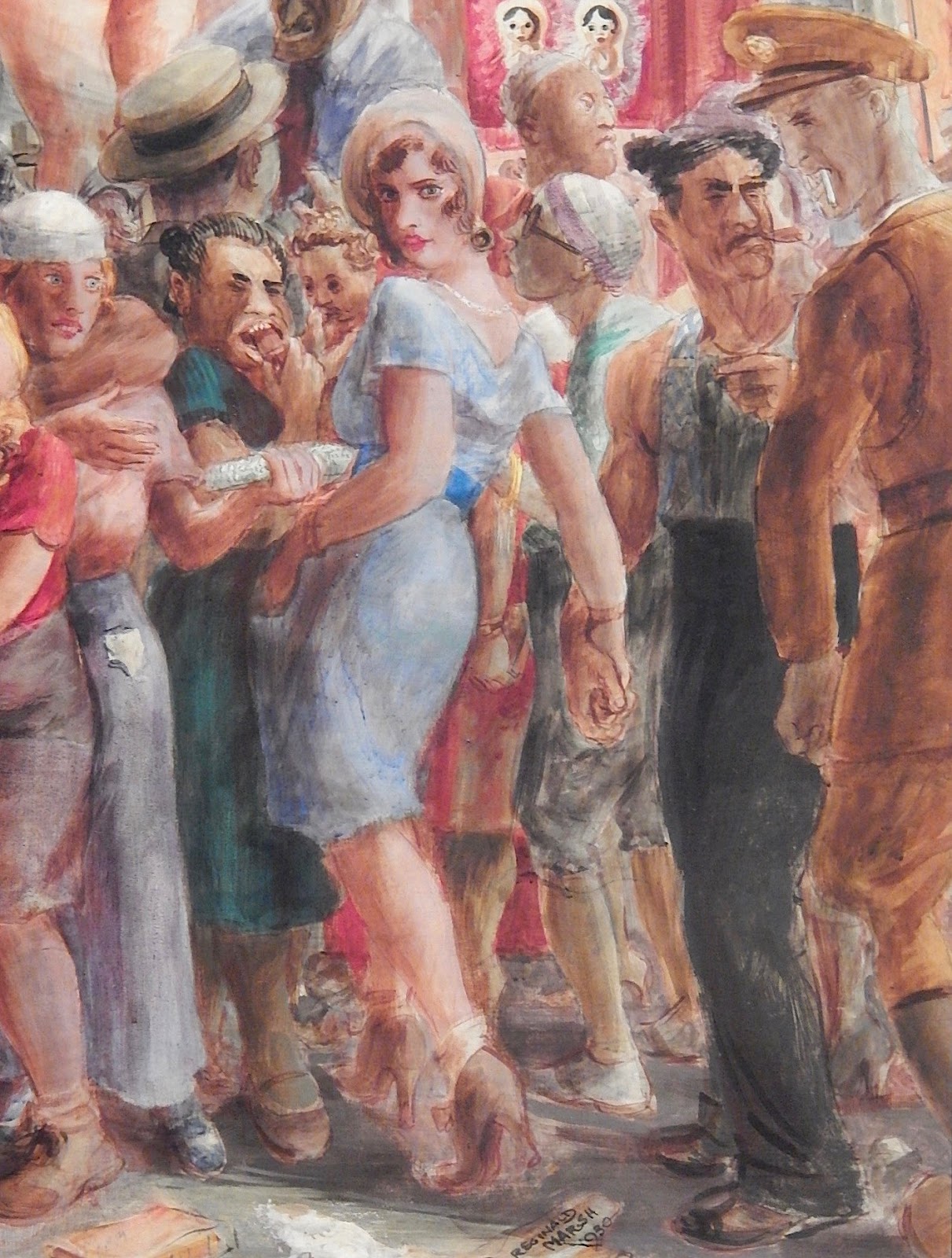 A closer view. Marsh's signature and date are at the bottom. 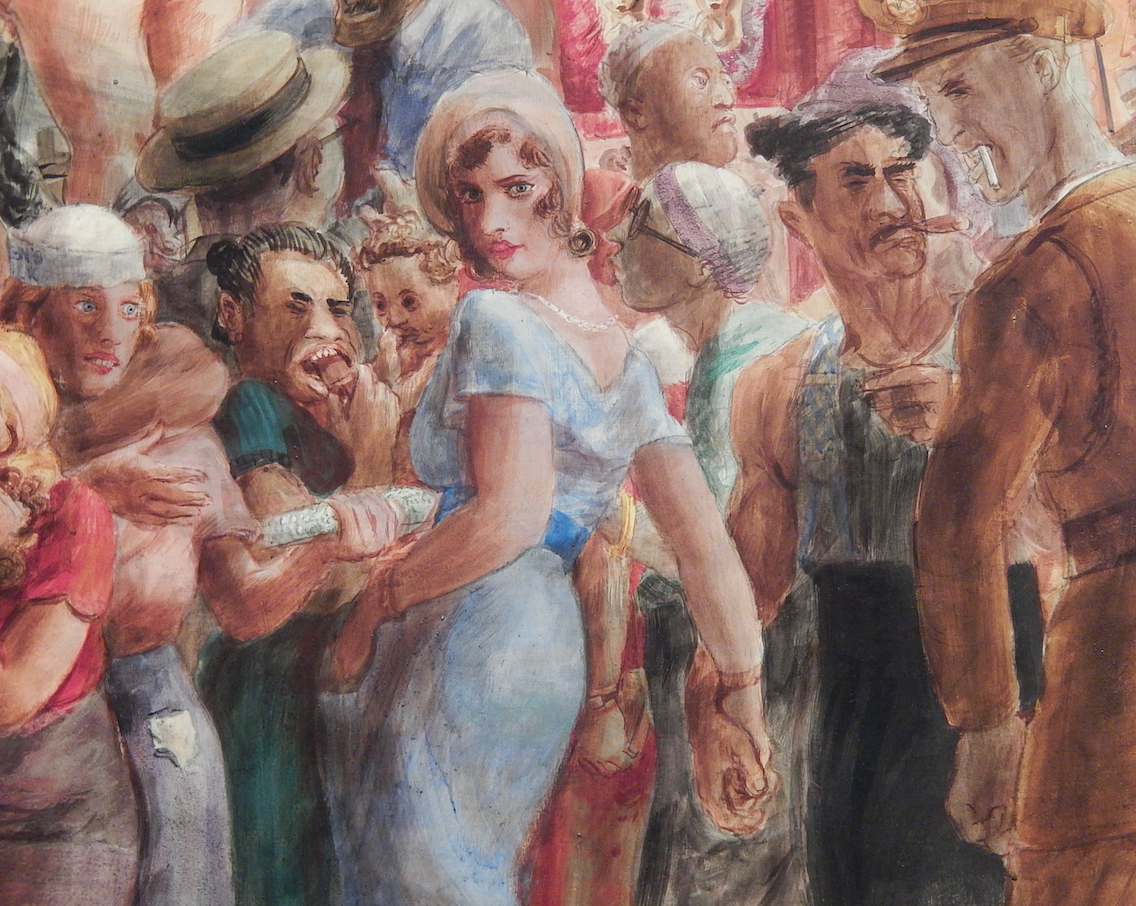 The blue-eyed blonde staring at you, the viewer, strikes me as being the focus of the painting. She is holding hands with a stereotypical swarthy Italian, an occasional real-life happening that Marsh must have hoped would set-off WASPy viewers in his day.  Click on the image to enlarge.
Posted by Donald Pittenger at 1:00 AM