It isn't unheard-of for a popular culture figure to disparage the works that brought fame and prosperity and to try doing something supposedly "higher." Examples include portrait artist John Singer Sargent and illustrator Dean Cornwell taking up mural painting. Or Arthur Conan Doyle trying to unharness himself from his famed creation Sherlock Holmes.

So it was with master illustrator N.C. (Newell Convers) Wyeth (1882-1945), Wikipedia entry here. As the link mentions, by the time he was well-established as an illustrator, he began to hate being a slave to that trade and began to create Fine Arts paintings. Prudently, he maintained his illustration career to preserve hearth, home, and lifestyle.

In September I re-visited the Brandywine River Museum of Art that features the works of the Wyeth family. On display were several of N.C.'s paintings done in the fashionable 1920s-1930s semi-Modernist vein. I also bought this catalog for a 1995 exhibit dealing with that subject.

According to it, Wyeth felt liberated and highly creative when doing such paintings, derivative though they actually were. And in my judgment, they were generally inferior to his illustration work. This post features a painting titled "In a Dream I Met General Washington" (1930). I might deal with other such works in future posts. The museum's image of the painting. 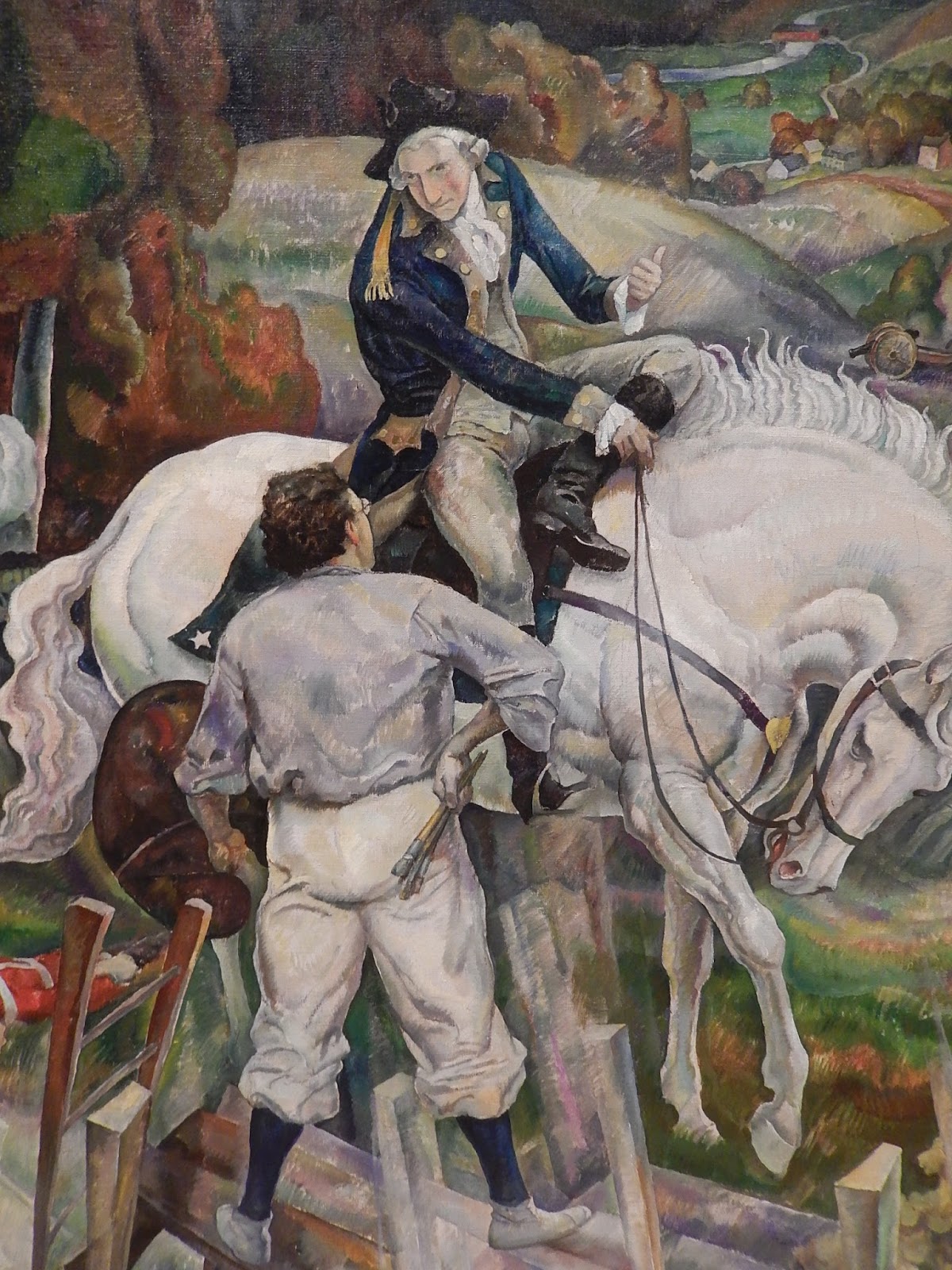 A detail photo that I took. This and the following images of mine can be greatly enlarged by clicking on them.
Here we see Wyeth, wearing his usual knee-britches, paintbrushes in one hand, palette in the other, facing the great man. 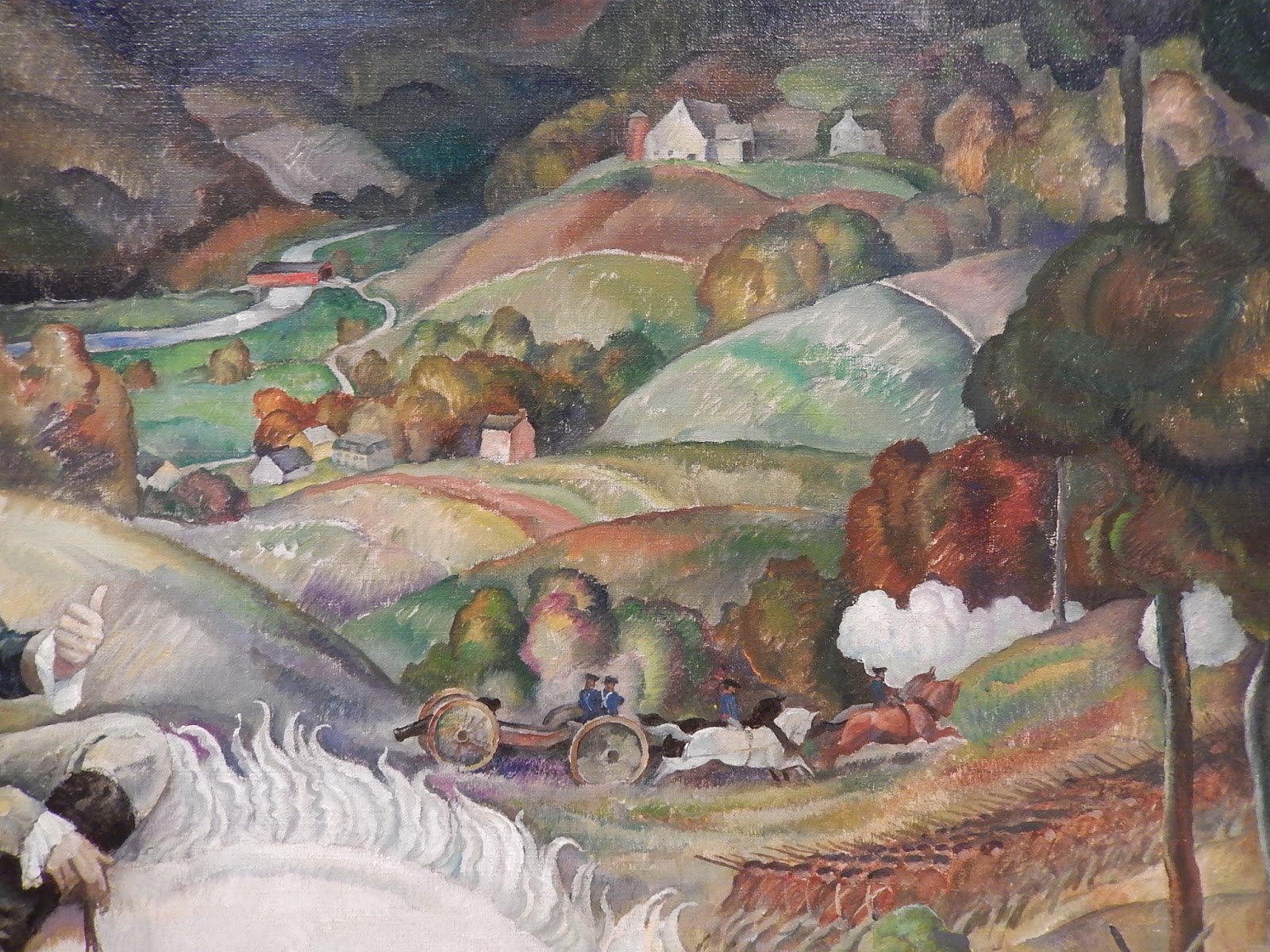 Landscape towards the upper-right corner. Thinly-painted for the most part. The stylized, rounded hills and tree forms were an emerging Regionalist cliché, as Grant Wood was doing the same sort of thing in 1930. 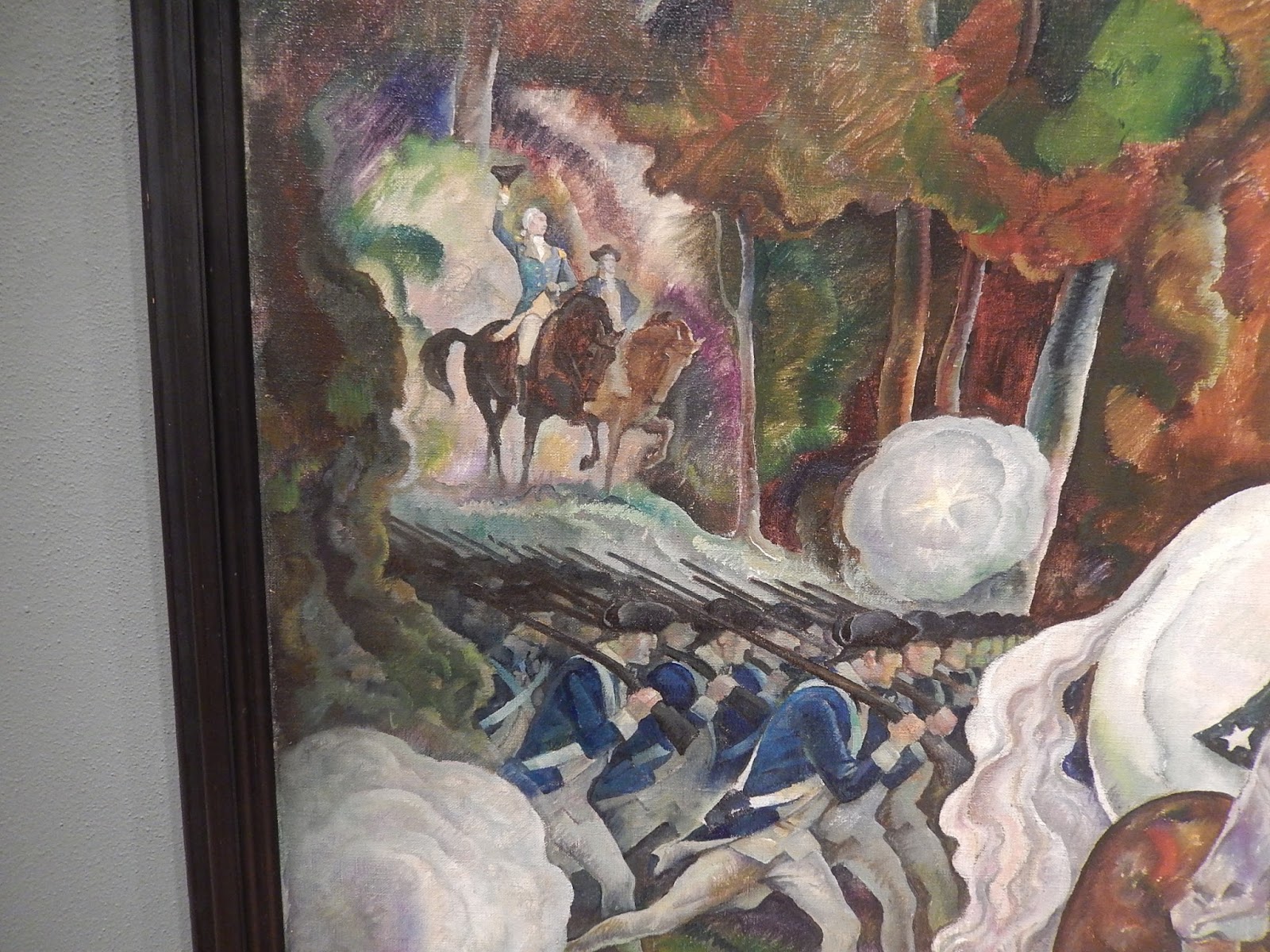 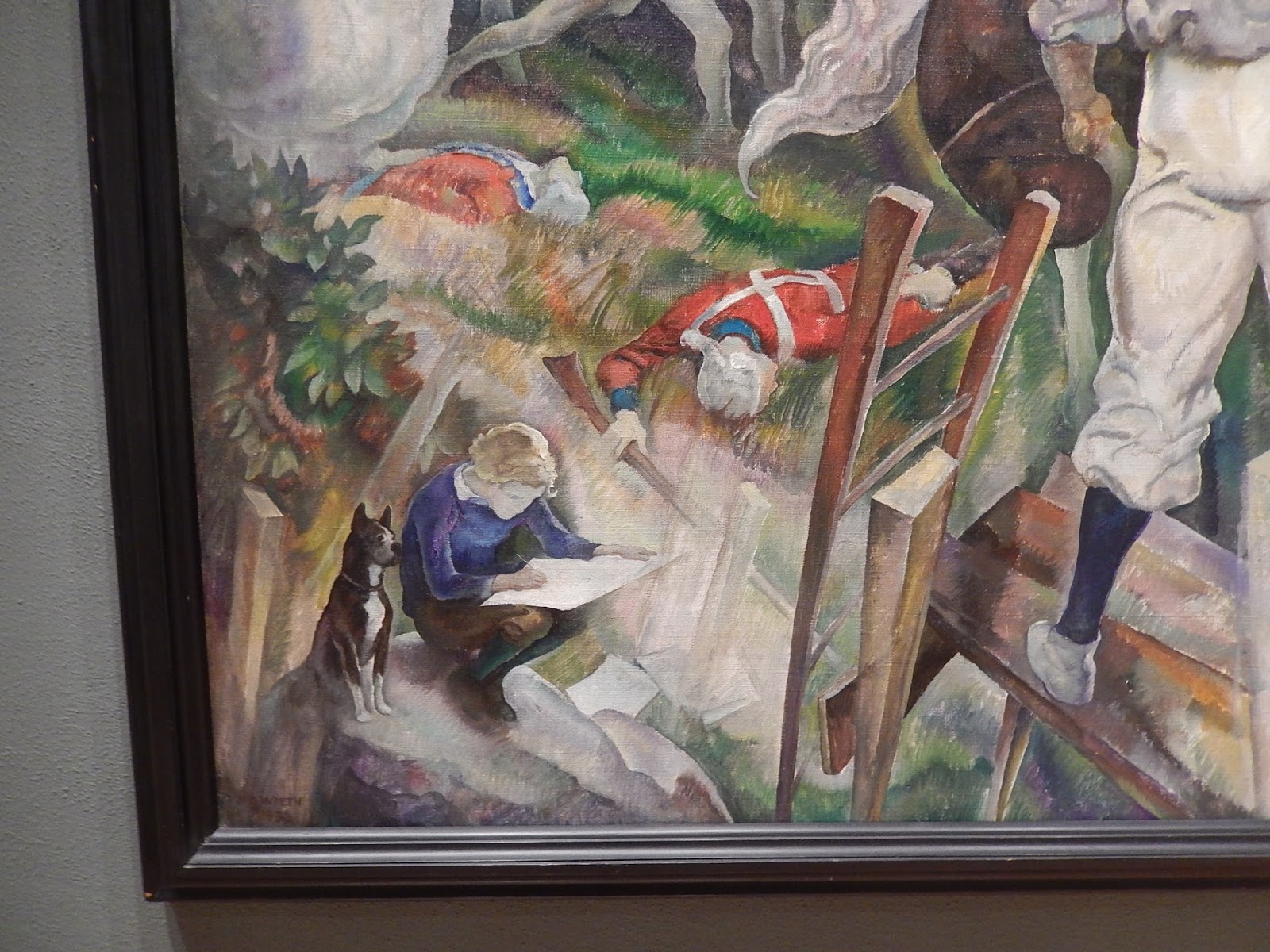 And includes his young son Andrew Wyeth sketching.
Posted by Donald Pittenger at 1:00 AM

I appreciate this post. I have been to this museum in Chad's Ford, PA; and enjoyed it very much. Seeing the large canvases of the familiar illustrations was great. I agree with you that those book illustrations are much stronger, more striking, than this type of painting. I also enjoyed the museum's collection of Andrew Wyeth's paintings.