Tom Purvis (1888-1959) was a leading British poster artist during the 1920s and 1930s, especially after his style evolved into simplified shapes with areas of flat color and no outlining.

Purvis' Wikipedia entry is here, but as of the time this post was drafted (late December 2017), it was not very informative. More biographical information can be found here, but you will need to scroll down to find it.

Although he worked for a number of clients, he is best known for his railroad posters and those for Austin Reed, a clothier. Both Austin Reed and Purvis were at their peak when the posters shown below were created. Purvis moved on to portrait work and religious painting in the years following World War 2. Austin Reed went bankrupt in 2016 and its remains were acquired by Edinburgh Woolen Mill. As I write this, there are no Austin Reed stores in London. 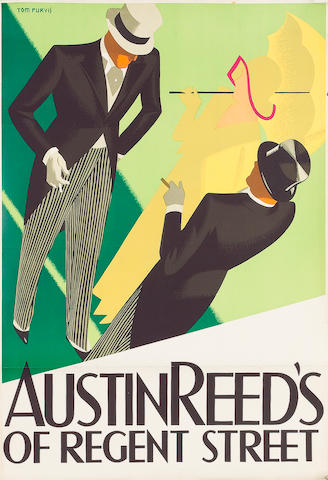 For most of its existence, Austin Reed's flagship store was located at the lower end of Regent Street, not far from Piccadilly Circus. 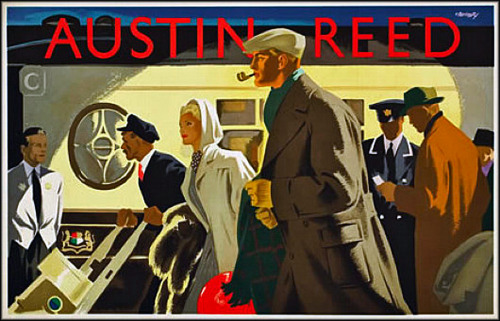 Judging by the woman's hairdo and dress, this poster was painted no earlier that the very late 1930s. 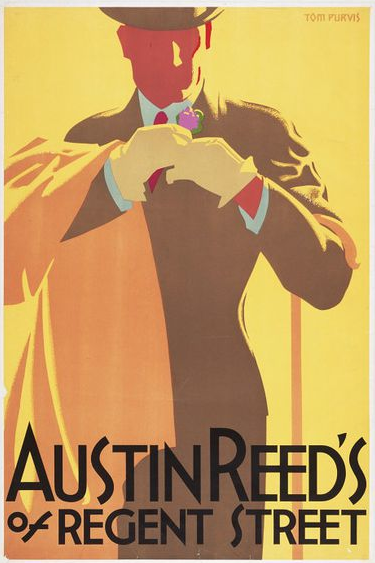 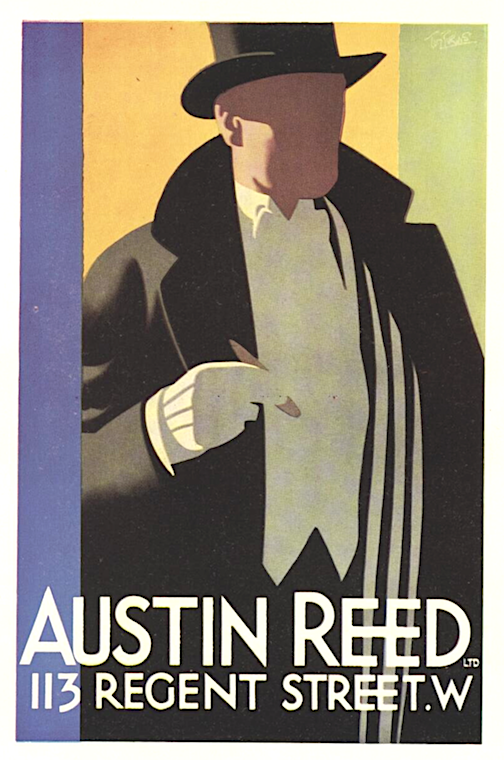 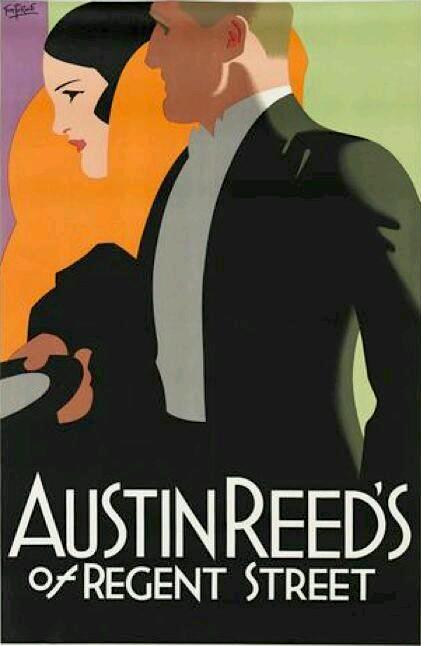 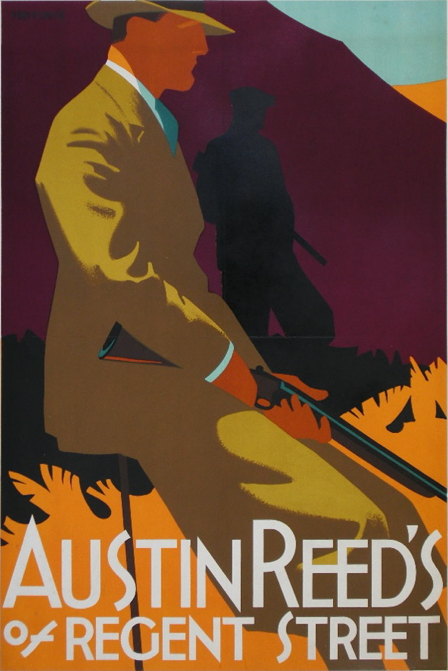 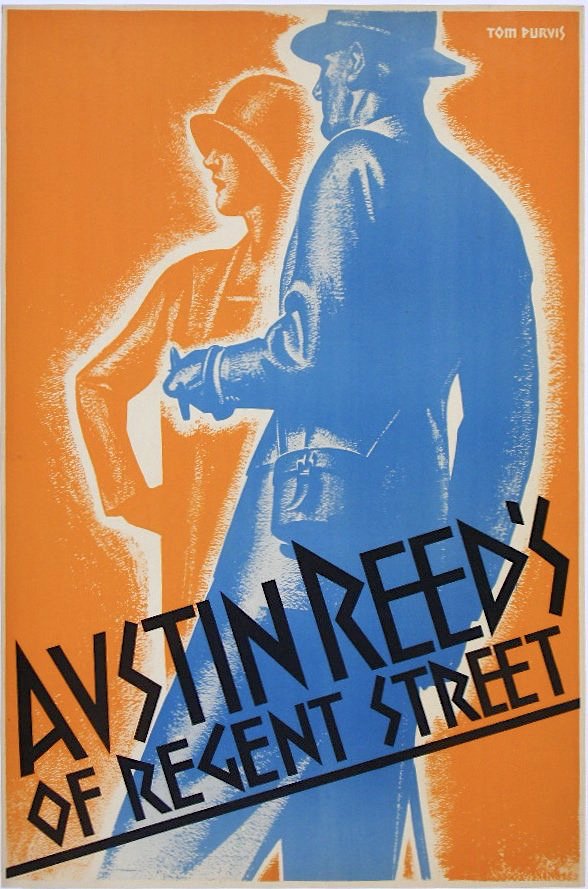 An earlier poster. The woman's costume is from the mid-to-late 1920s. Note the different Purvis technique. 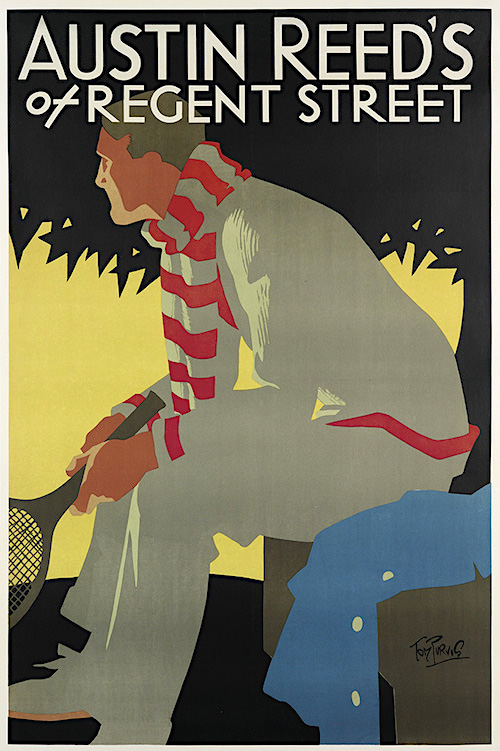 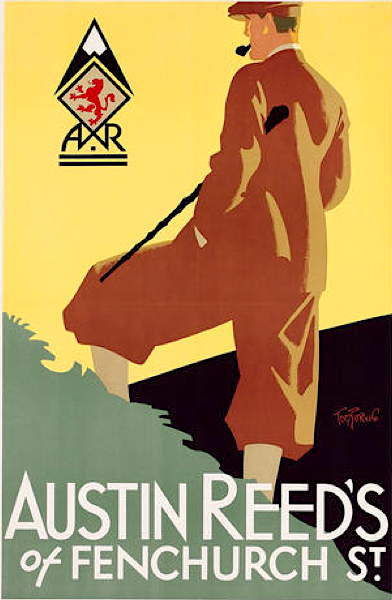 Fenchurch Street is in the City. That was more convenient for City workers, avoiding a trek to Regent Street in the West End. 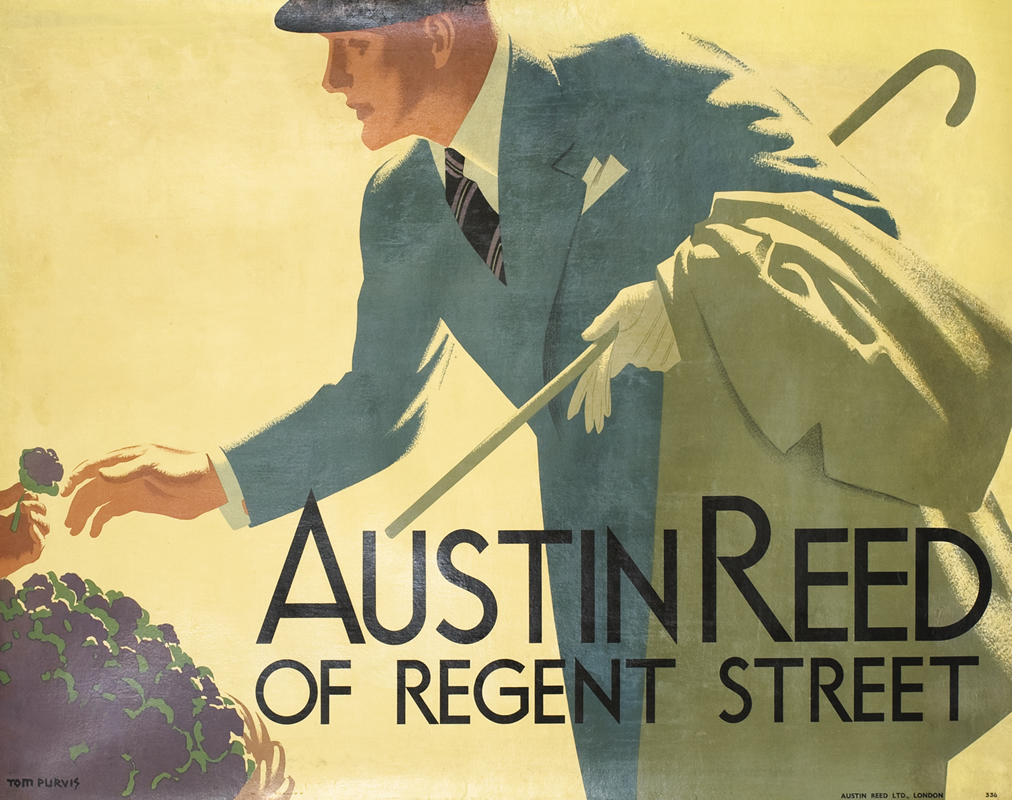