Harrogate Travel Posters from the LNER

During the 1920s and 1930s Britain had four major privately owned passenger railway systems that operated on a largely regional basis. That is, each had a core area that it essentially dominated, but also had tendrils that were in areas of others. So there was some direct competition, but that was generally minor aside from, for instance, the London Midland & Scottish Railway and the London and North Eastern Railway (the LNER) both serving Leeds, Glasgow and Edinburgh.

Besides the relatively minor case of overlapping destinations, the greatest competition seems to have involved attracting tourists and vacationers to places within core service areas. For example, the Great Western Railway would publicize Cornwall while the LNER would be touting Scarborough, leaving potential travelers to mull over which site to select.

To keep advertising fresh from season to season and year to year, railroad companies often used different poster designers over time instead of sticking to one artist doing multiple works for the same destination (though that was done too). This rotation was the policy of LNER.

As an example of this, below are LNER posters for the spa city of Harrogate in Yorkshire, not far west of York. 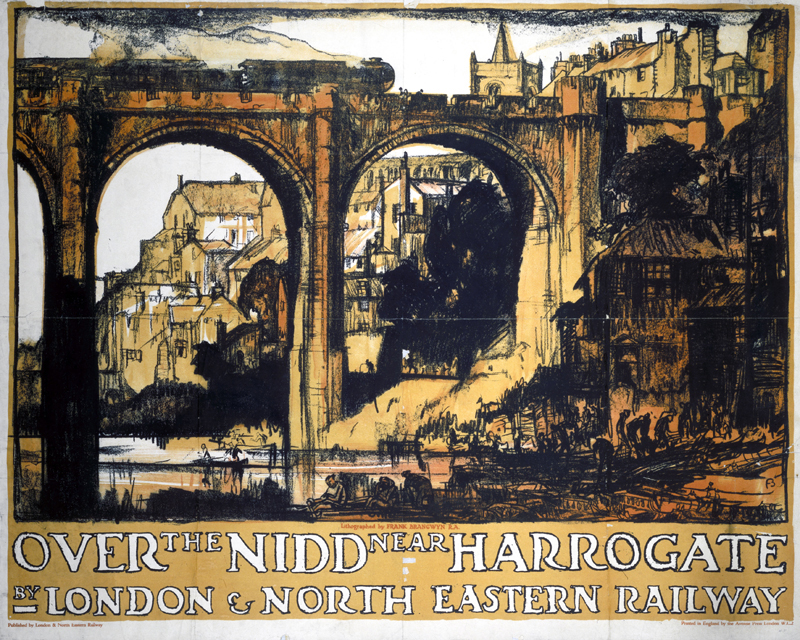 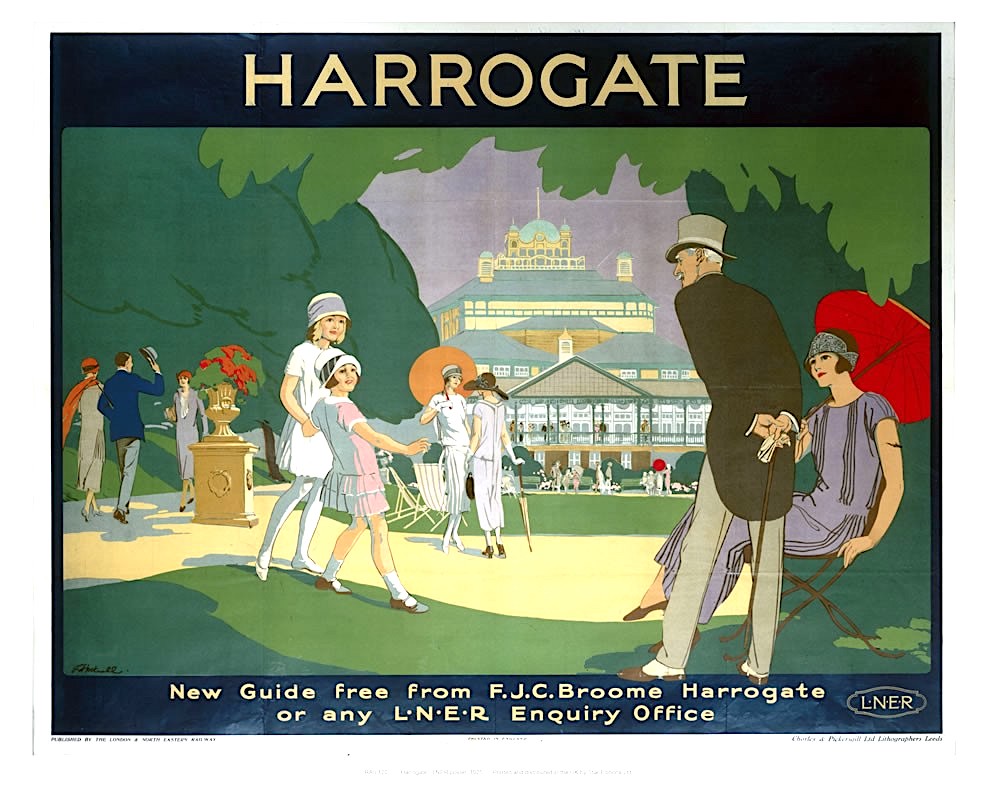 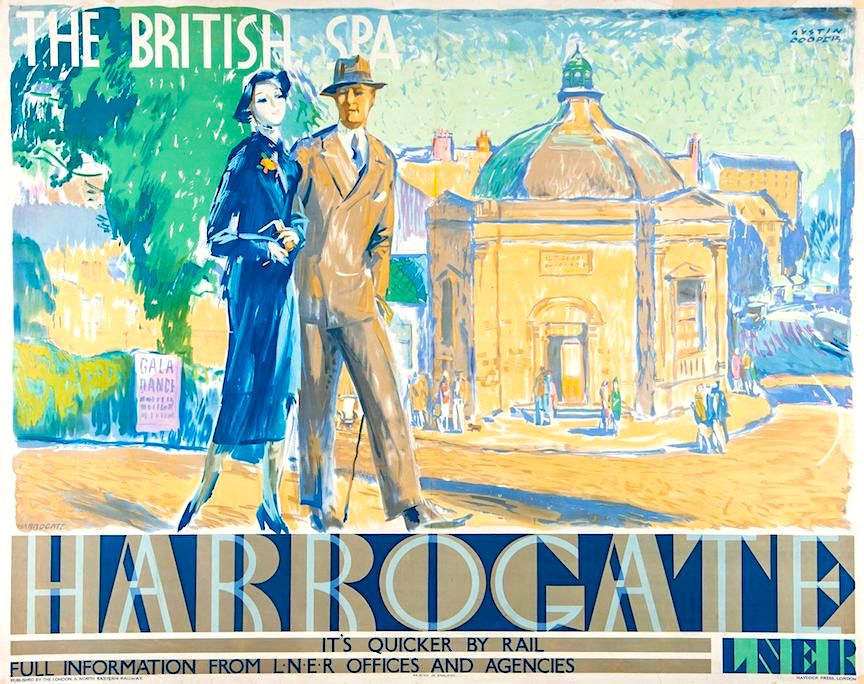 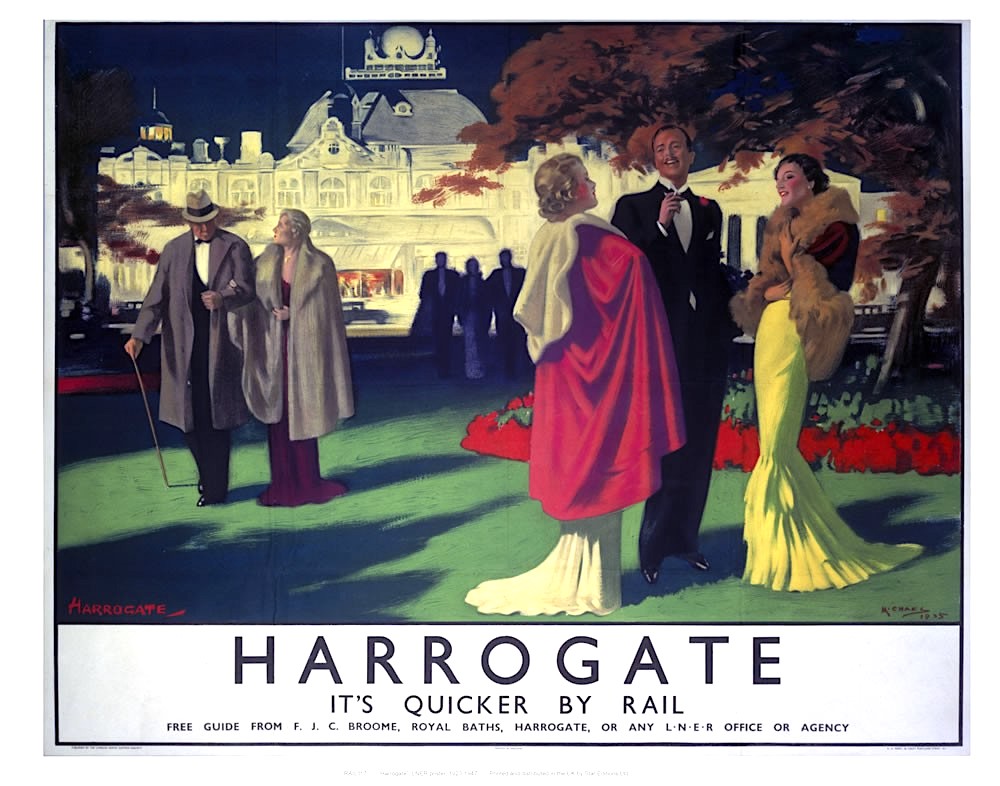 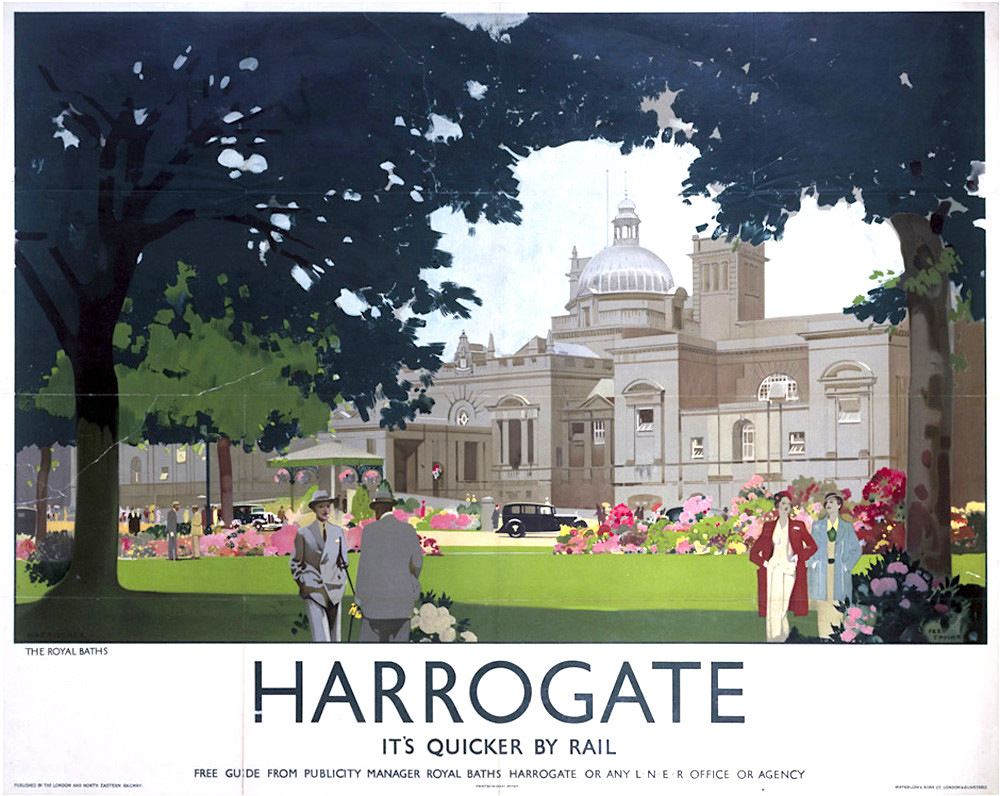 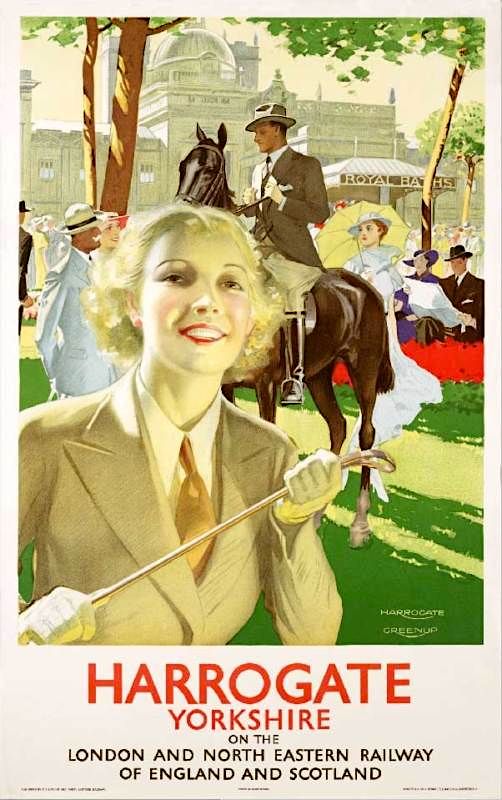 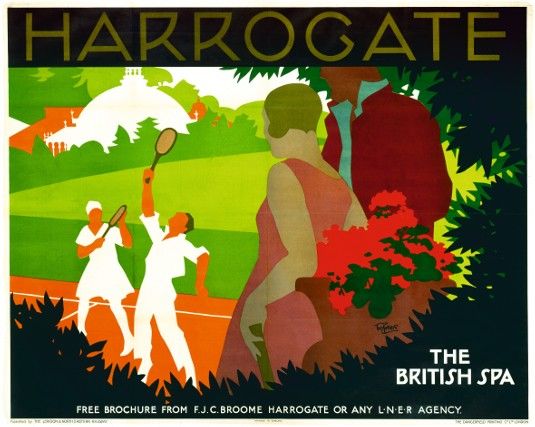 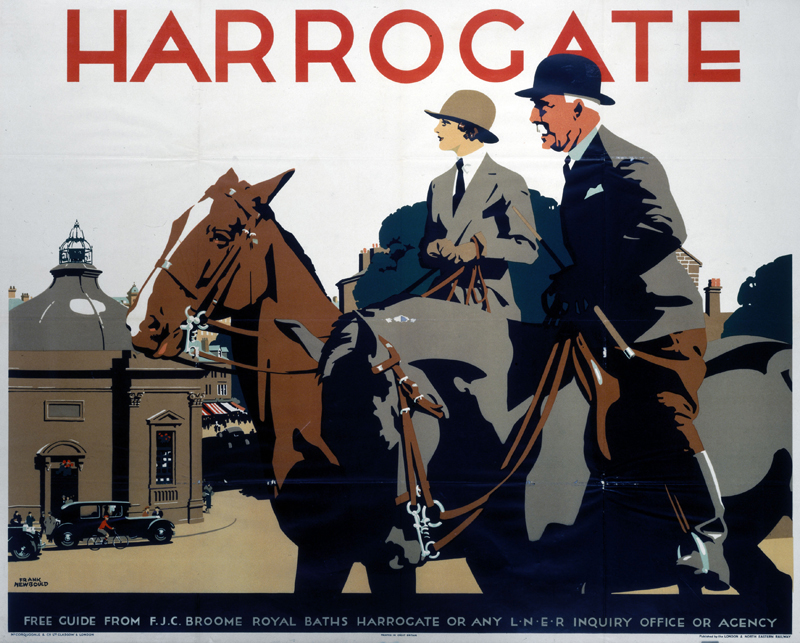