Otto Soglow: From The New Masses to The Little King

Otto Soglow (1900-1975) was a successful comic strip cartoonist. His Little King character first appeared in The New Yorker magazine in 1930 and became a Hearst Sunday strip in 1934. Thereafter, it ran for more than 40 years until Soglow died.

His Wikipedia entry is here, but it's brief. A much more comprehensive survey of his career can be found here.

Soglow received some of his art training from John Sloan who, among other things, was involved in leftist politics, and helped Soglow get some cartoons published in The Liberator. Soglow also contributed work to The New Masses.

Around the same time he was contributing to The New Masses, Soglow began having cartoons published in The New Yorker, a brand-new magazine intended for sophisticates in that city and elsewhere. Also at this time his style was evolving from the Sloan-Masses-Ashcan style to highly simplified Moderne. His Little King retained that style over its 45-year overall existence.

It was an interesting transformation Soglow made -- from socialist content to taking William Randolph Hearst's shilling and drawing a royal cartoon character. A New Masses cartoon from 1926. The caption is "Iss diss a system?" 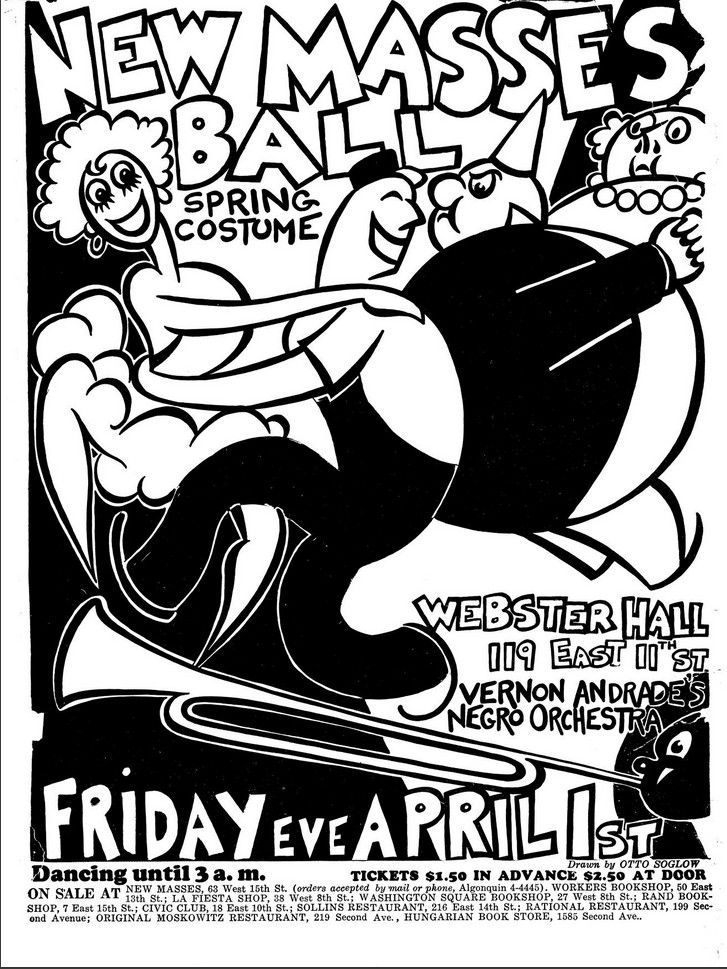 Poster for a 1932 New Masses ball. Its style is now Moderne, like his Little King cartoons. 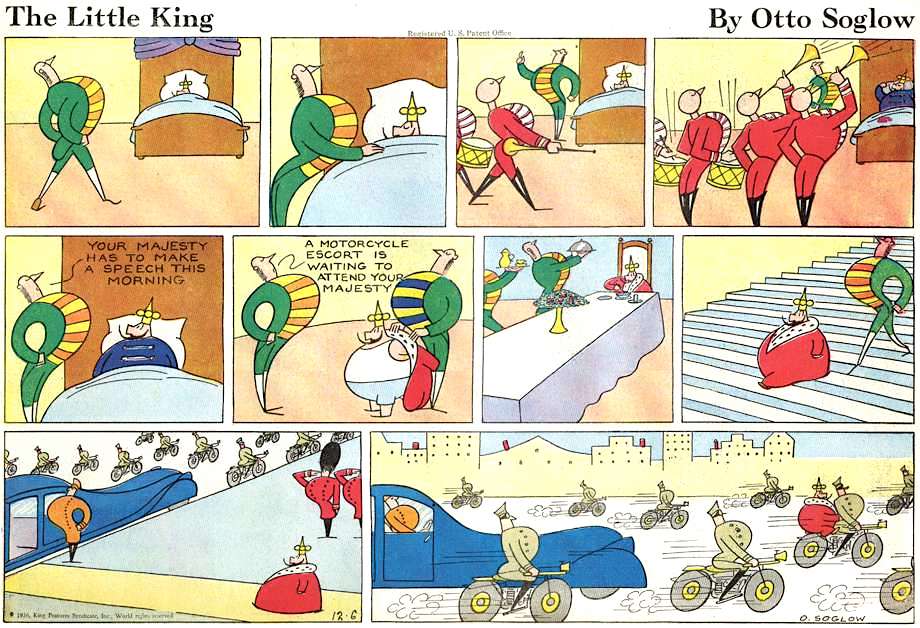 A color panel. The Little King was always dressed in red. His personality was such that he didn't take kinship seriously and always did playful things. 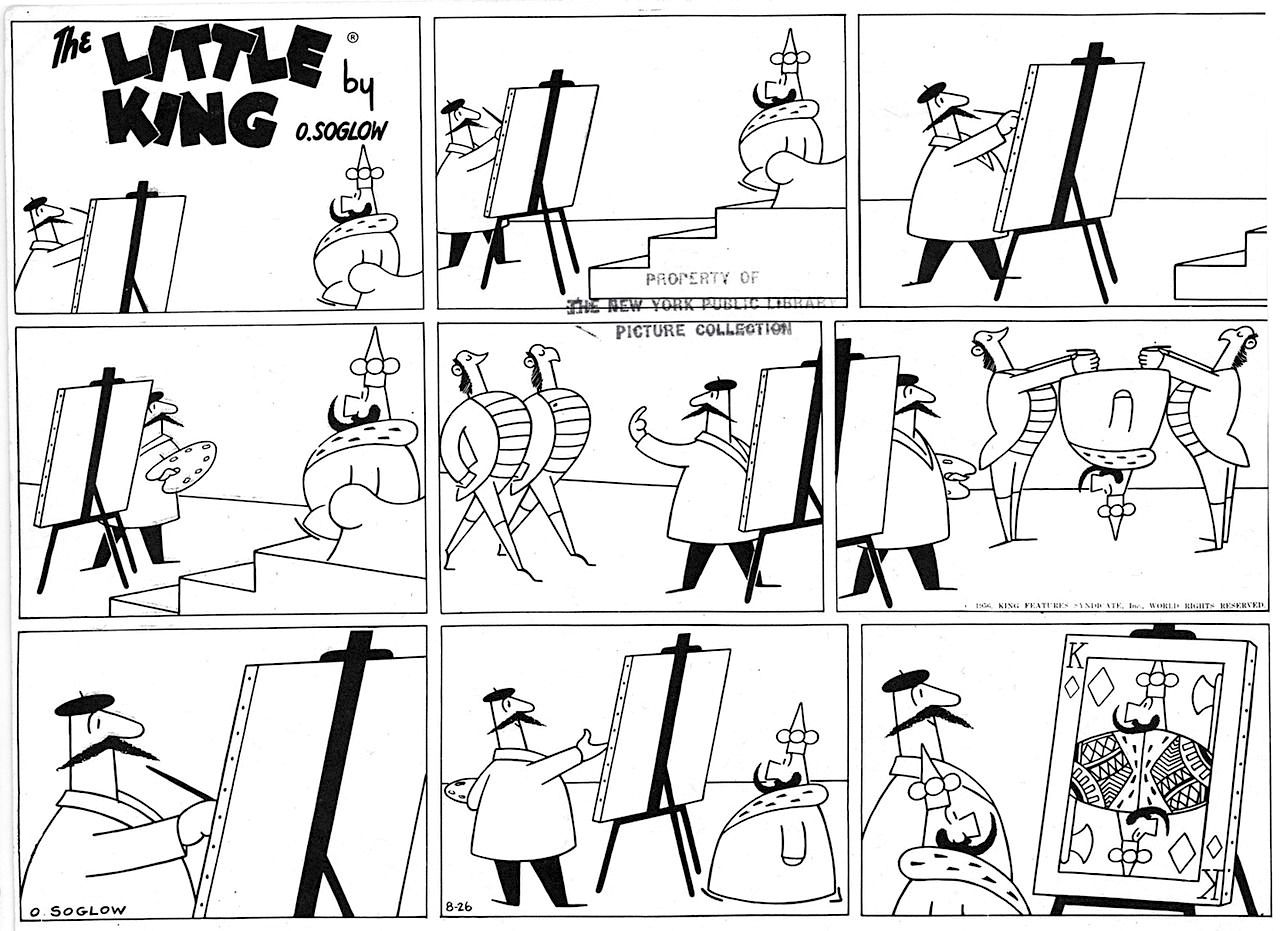 More playfulness.
Posted by Donald Pittenger at 1:00 AM

Oh, I enjoyed this post. Thanks! I am old so I have seen Little King strips from time to time, but I'm not a sophisticate :-) , so I didn't really know about Soglow. I like now seeing his moderne style. And I even like his early slurry ashcan cartoon.