William Strang (1959-1921) was a Scot who spent his career in London, first as an etcher and later as a painter of portraits, mostly. A useful summary of his career is here.

His paintings were workmanlike, but skilled -- that is, not flashy like Sargent's. Nor were his subjects usualy major aristocrats, so far as I can tell. And he was little influenced by Modernism, though there are hints of that in some of the images below. 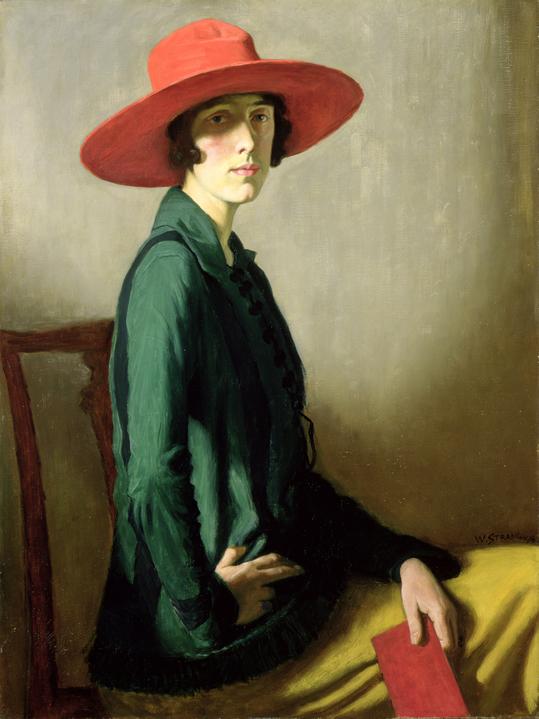 Vita Sackville-West - 1918
As her extensive Wikipedia entry mentions, she was indeed aristocratic. But she also had a literary life, as did other Strang portrait subjects. Modernist simplification can be seen in this painting, though Vita's face is accurately portrayed. 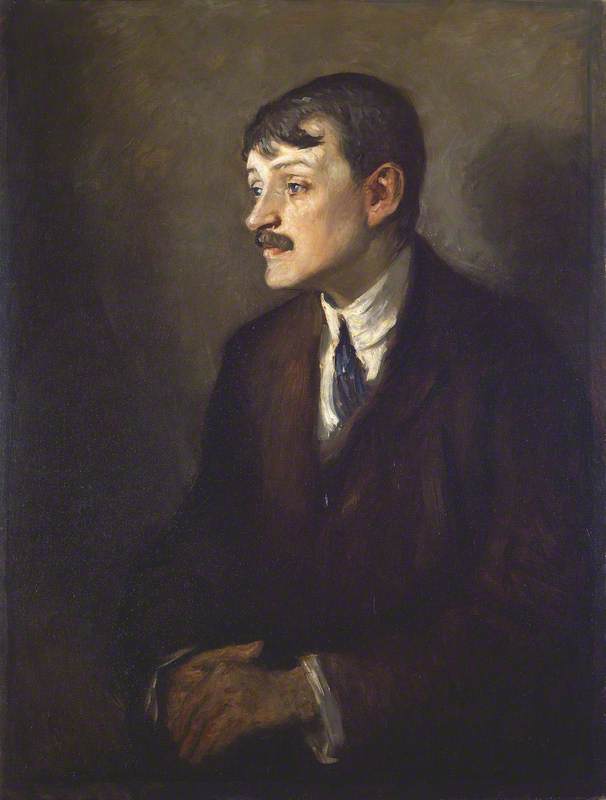 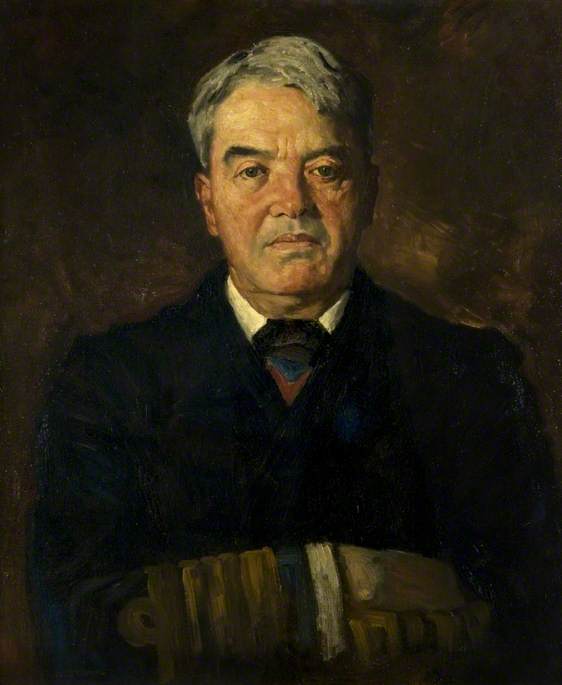 Sir John Fisher
"Jacky" Fisher was First Sea Lord of the Royal Navy. His major innovations included the creation of battleship Dreadnought, the first all-big-gun ship of its kind, along with the less-successful battlecruiser line. 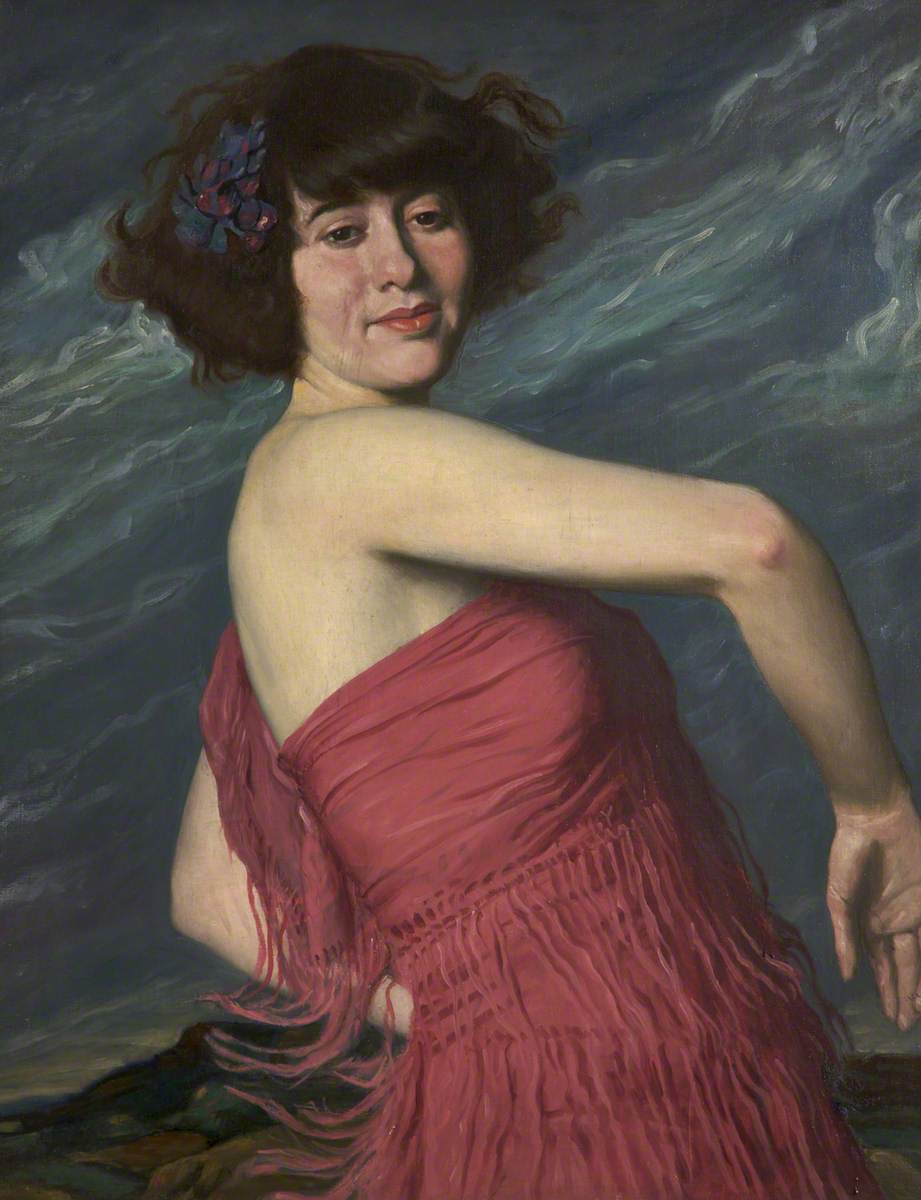 Bacchante
Not everyone Strang painted was famous. 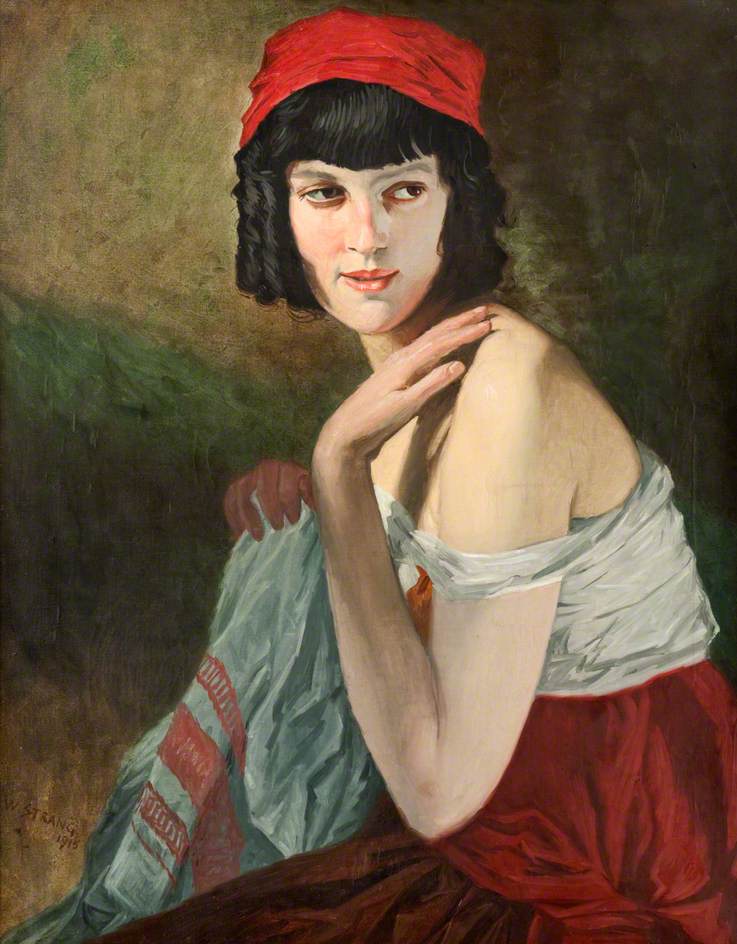 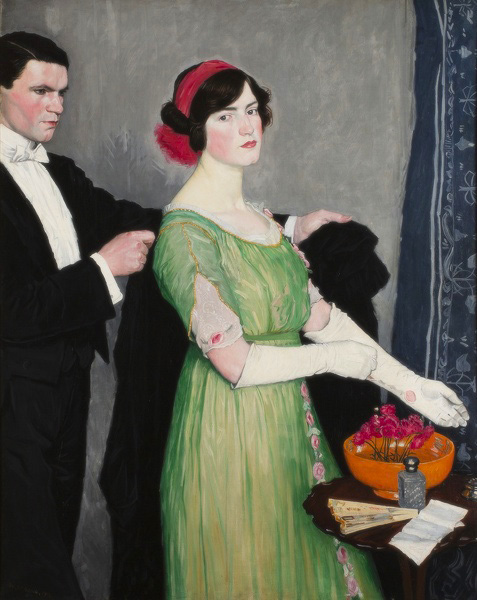 The Opera Cloak - 1912
He also painted upper-middle class genre scenes. Some modernist simplification and flattening are found here, though there is no distortion of the subjects' proportions. 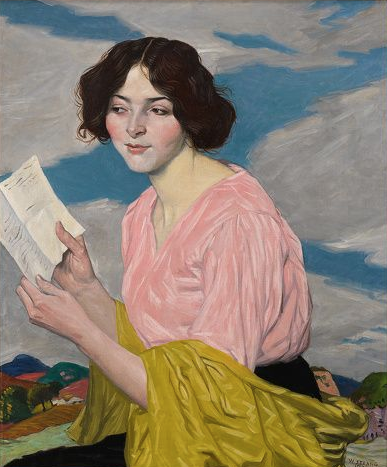 The Love Letter - 1912
A hugely popular topic for painters for many years. 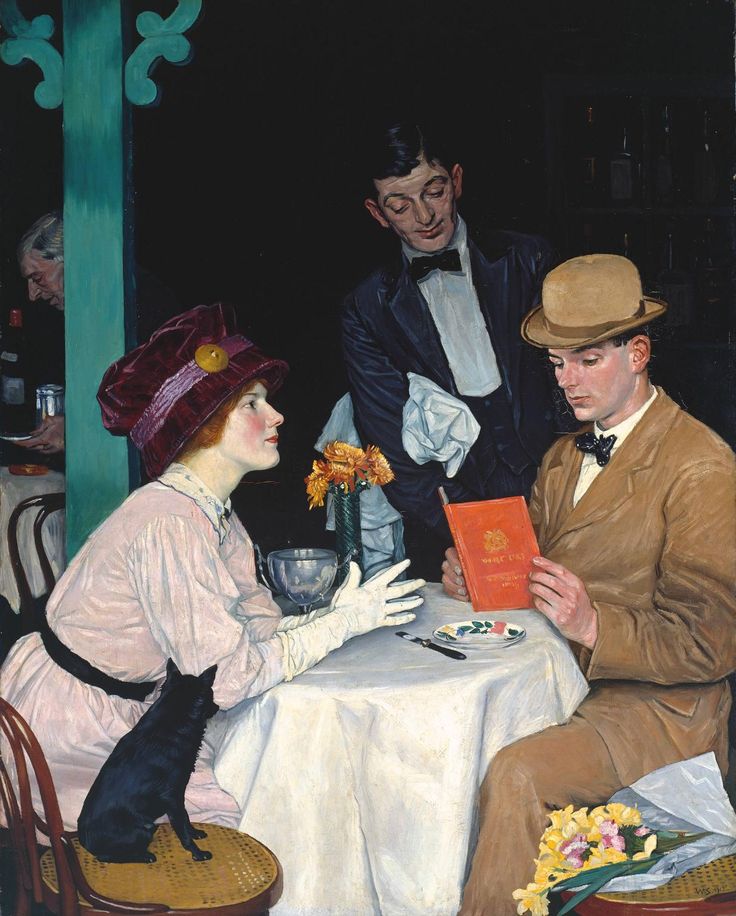 Bank Holiday - 1912
These are occasional three-day weekends in the United Kingdom. 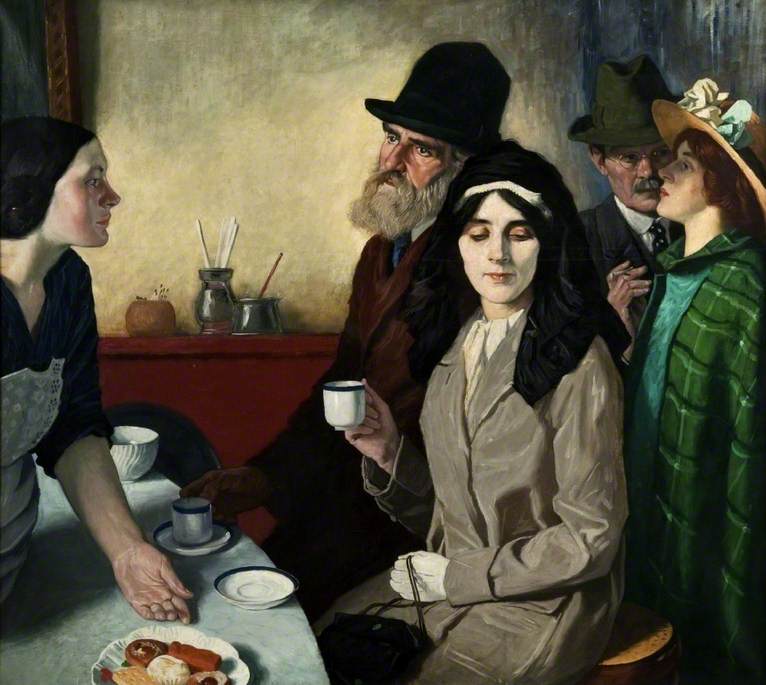 Café Bar - 1910
The man at the right resembles Strang as seen in several of his self-portraits. 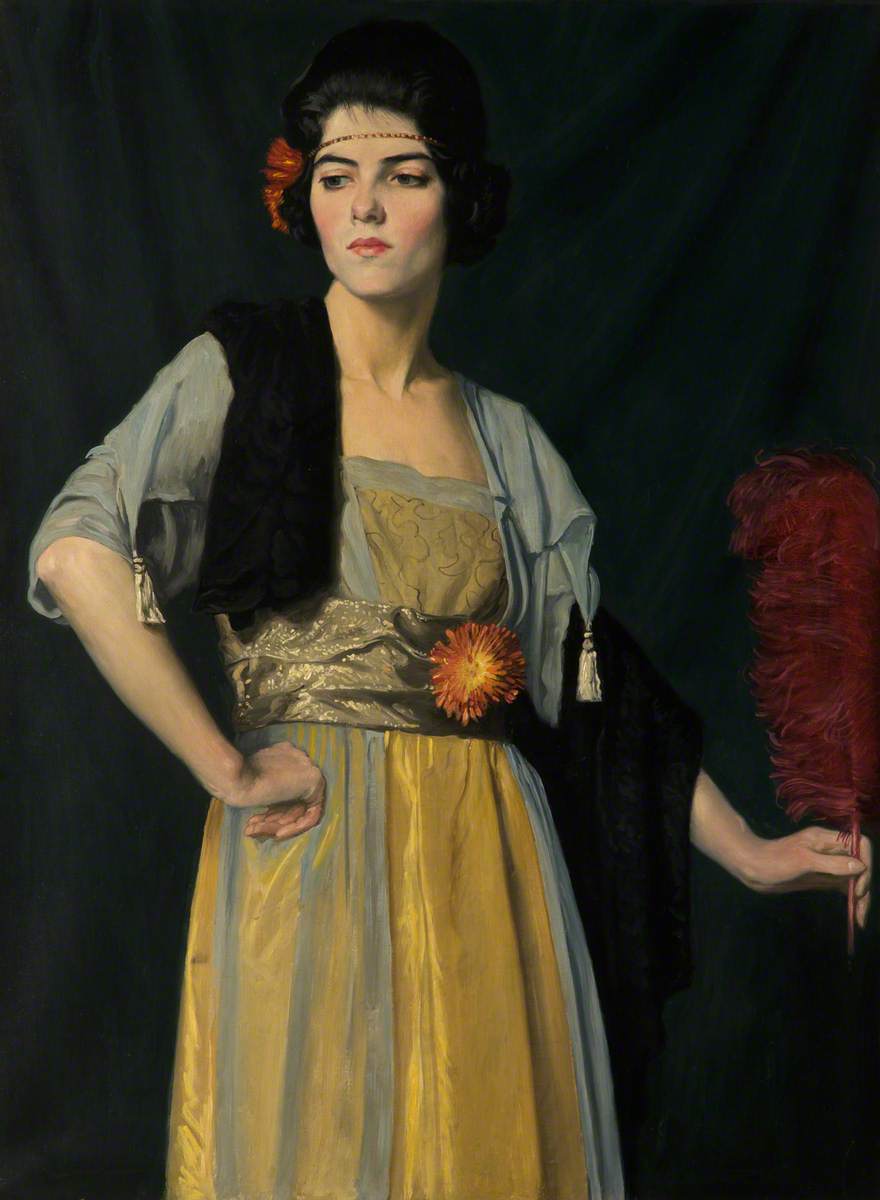 The Feather Fan - 1910
No sign of modernist influence here. 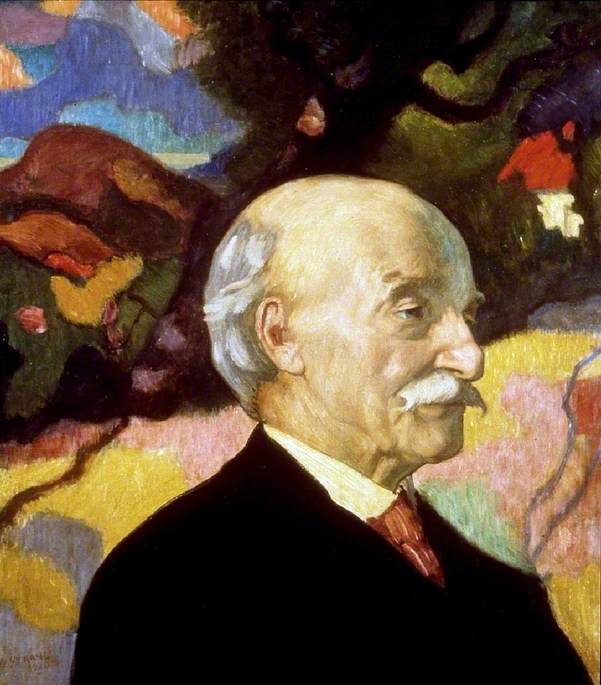 Thomas Hardy - 1920
Hardy is another important literary subject: biography here. Note the modernist background -- possibly a real painting, but might have been a Strang invention. This is one of his last works.

Vita Sackville West and Bank Holiday are the only two Strang paintings I knew well. Where are the others lurking?

Hels -- The lurking site www.artuk.org has a page devoted to Strang wherein the physical locations of his works are noted.