Amédée Ozenfant (1886-1966) seems to be best-known for creating the Purism movement of the early 1920s. His Wikipedia entry is here.

I was made aware of Ozenfant many years ago during my year-long college art history class. And I have heard little about him since. I suppose that's my fault. Maybe my reading about art isn't as widely cast as it should be.

Regardless of whether or not Ozenfant's fame and influence has persisted to the present, I think it is worthwhile considering his approach to art. And that approach, not surprisingly, was a product of his times -- the first two decades of the 20th century when "ism" art movements appeared every couple of years. Some of those movements, including Purism, were based on theories having to do with what art should be in pretty narrow senses.

This post's title uses my term "Intellectualized Art," which I think is a reasonable description. For what it might be worth, I do not think that art is simply any old thing someone calls art -- that's so broad a definition that it's worthless. The other extreme of manifesto-based art is too exclusionary.

In any case, Ozenfant tended to follow the Purist ideal of focusing on unadorned shapes over much of his career. There were some exceptions, however, as can be seen below. Also of interest is that most of the canvasses had nearly the same 4x5 proportion. 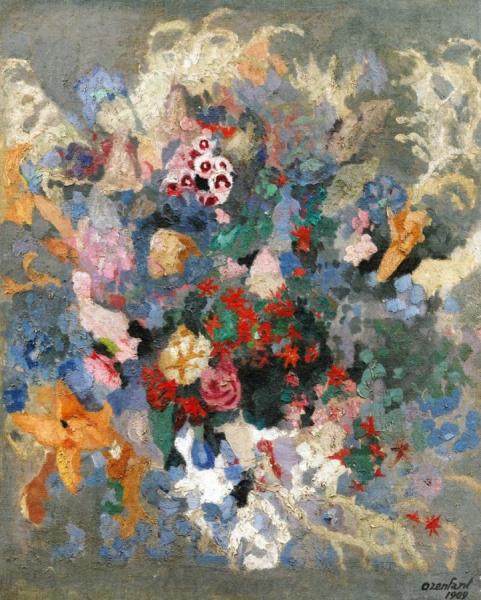 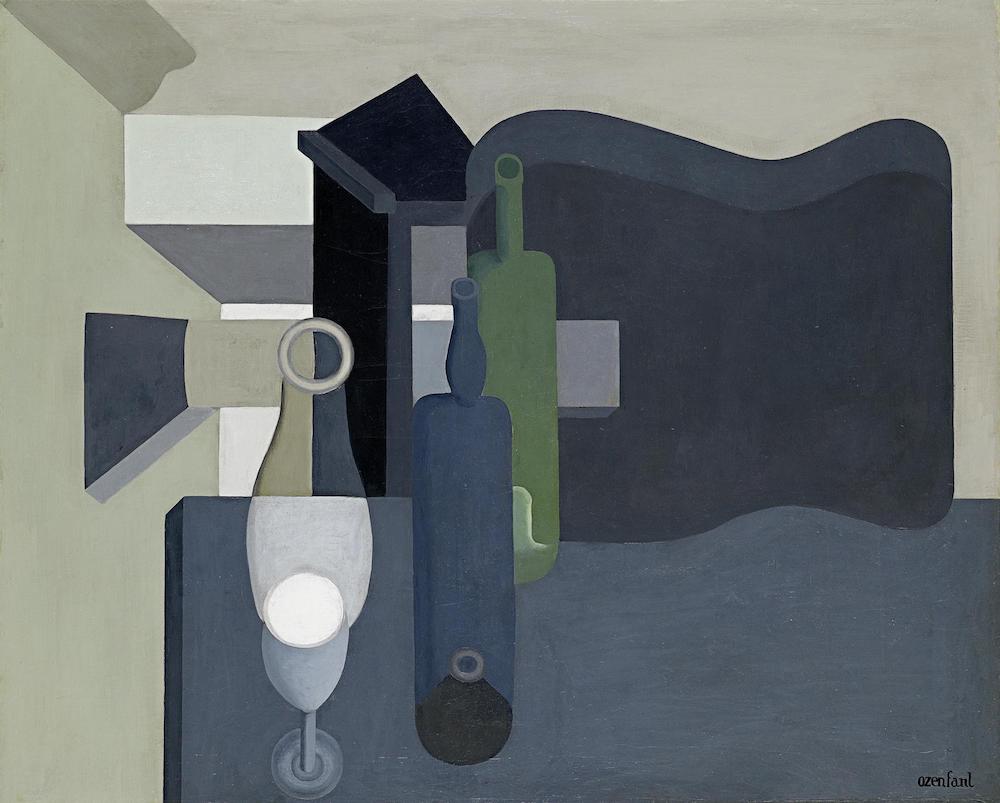 Nature morte - 1920-21
Ozenfant painted many still lifes of this sort. 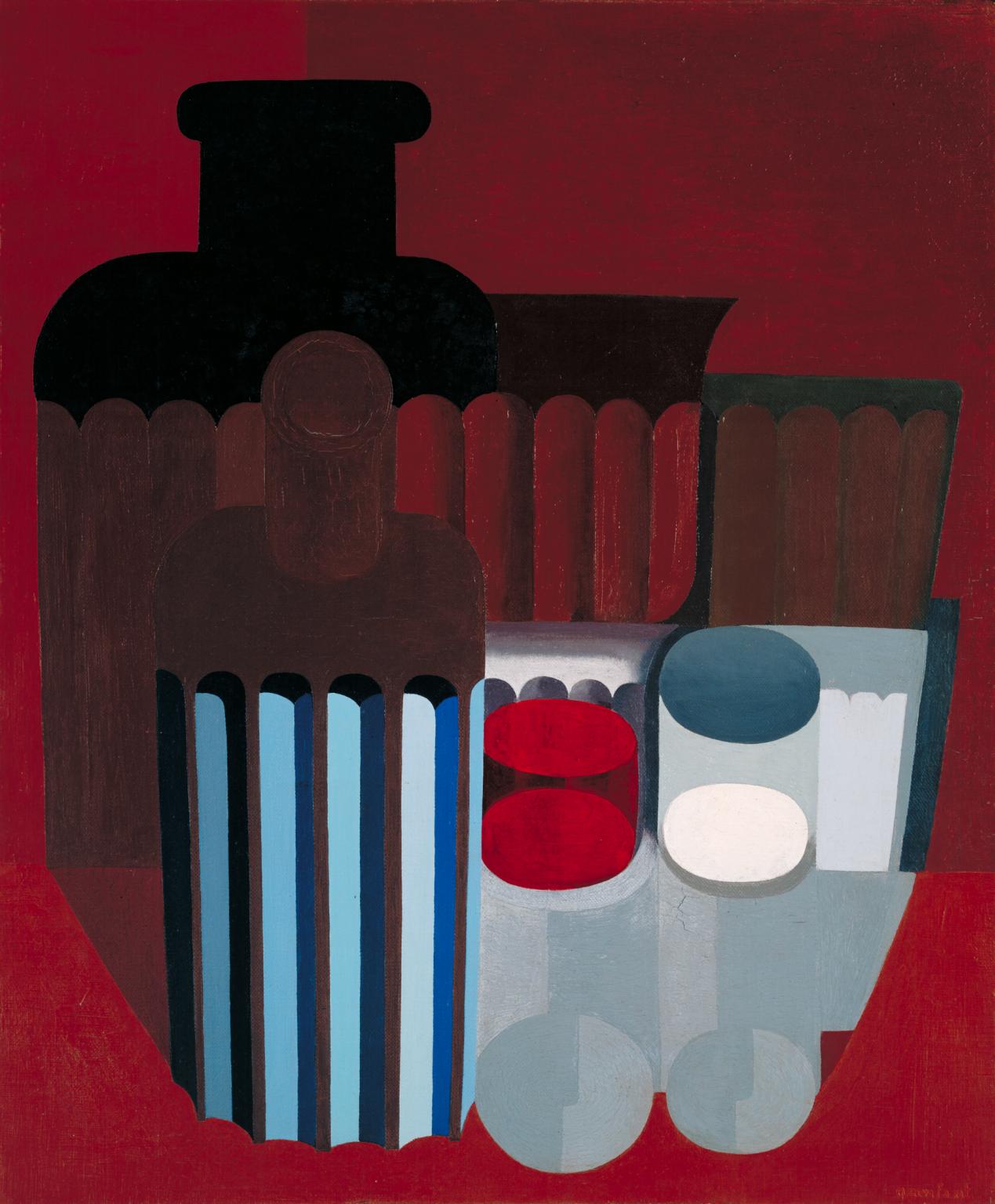 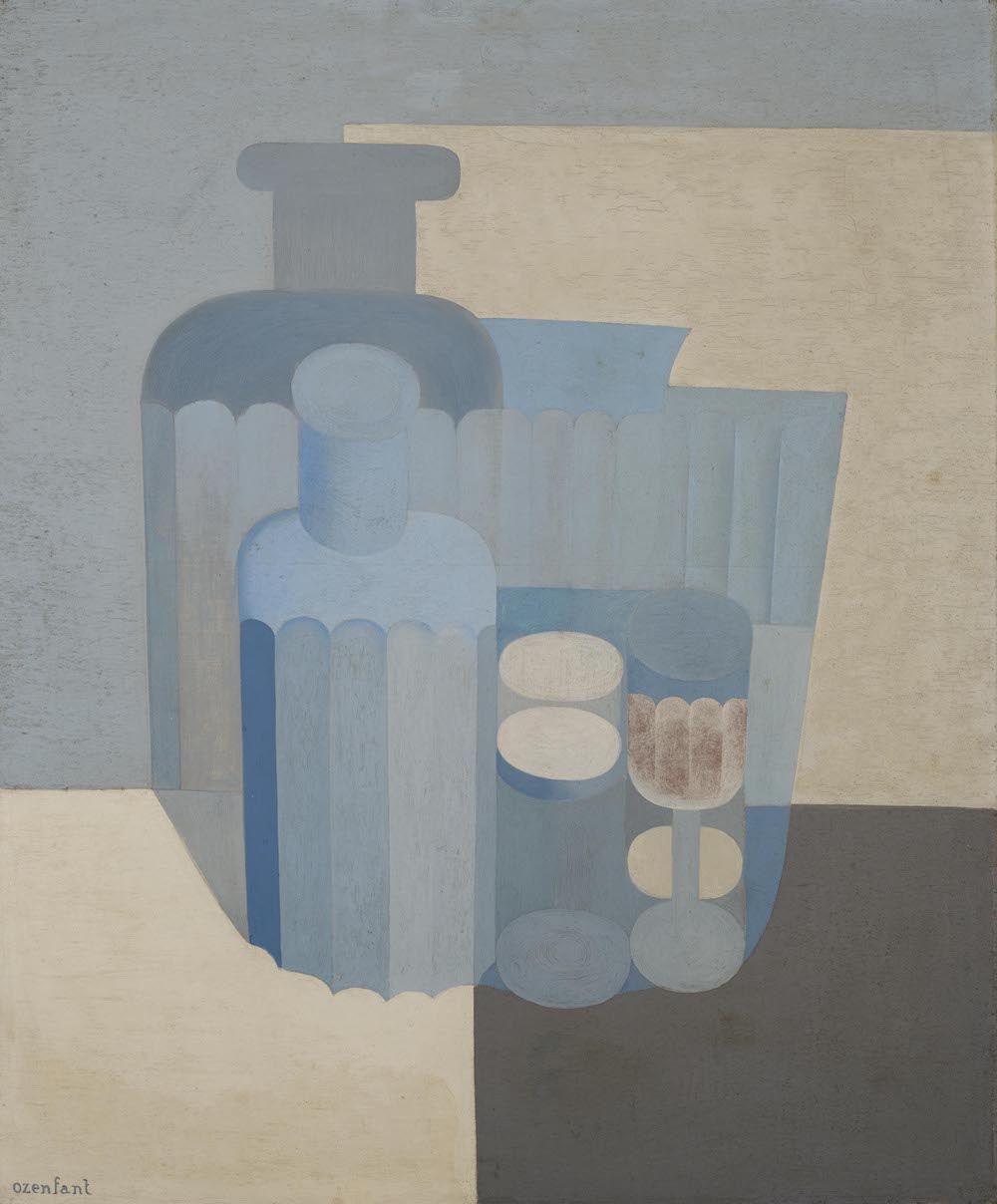 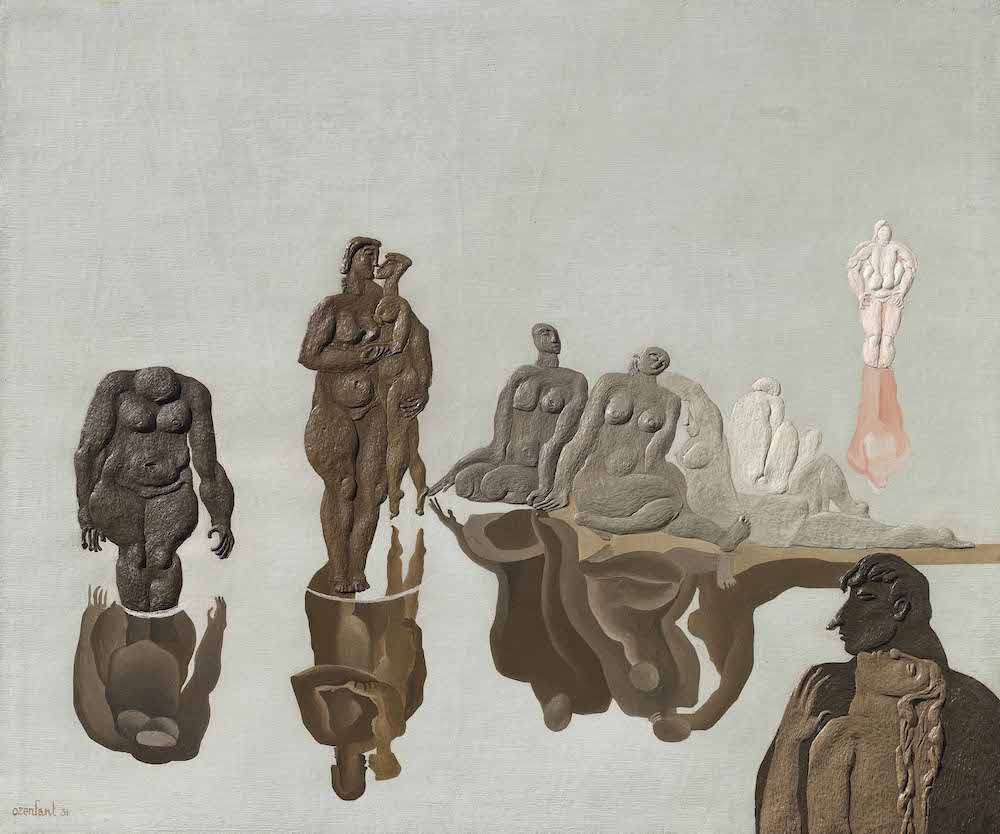 Baigneuses au promontoire - 1931
Then for a while he depicted distorted human figures having surface detailing -- quite unlike his basic Purist images. 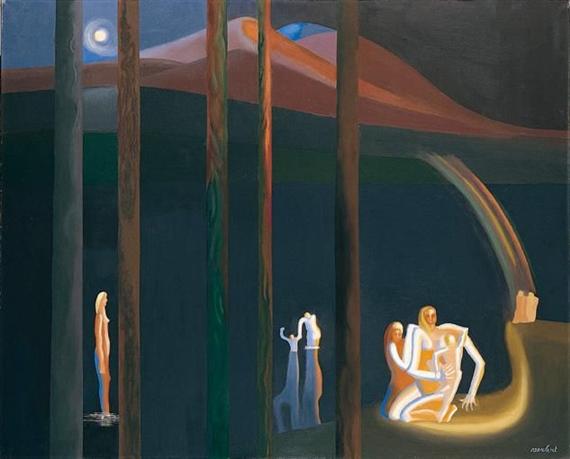 Pacifique III - 1945
He was dealing with the human figure as late as this. 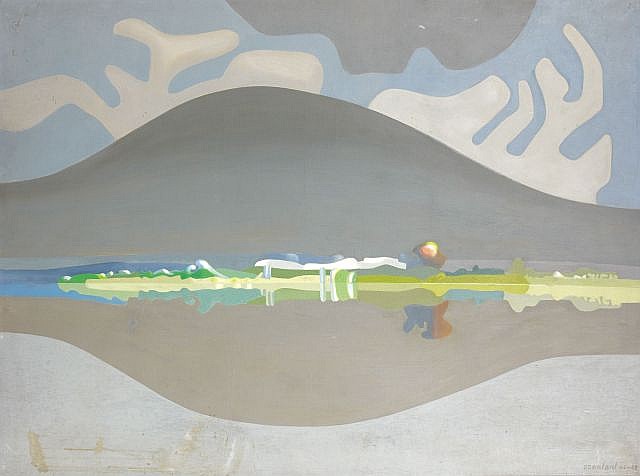 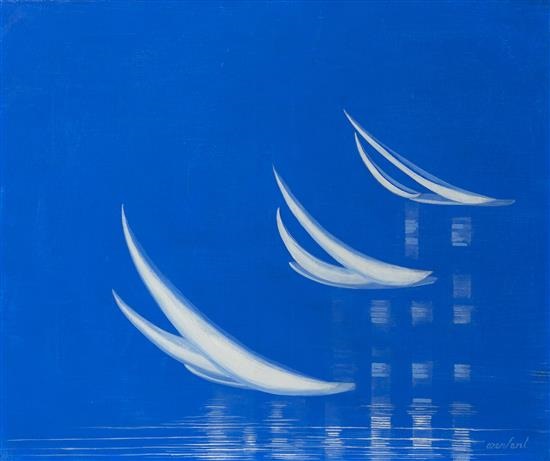 Three Yachts - 1959
Now he has returned to a form of Purism. 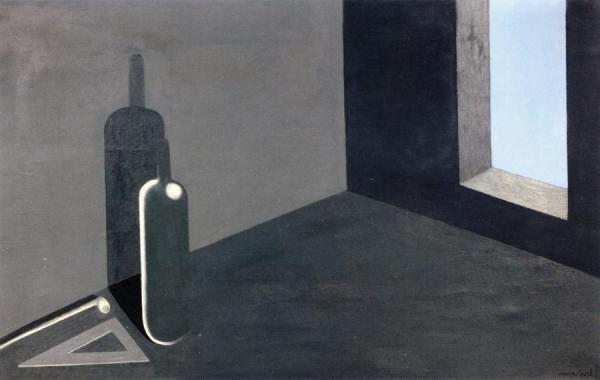 Shadow - 1966
One of his last paintings, also Purist in spirit.
Posted by Donald Pittenger at 1:00 AM