Bouguereau's Nymphs and Satyr Up Close

William-Adolphe Bouguereau (1825-1905) was an artist whose technical capabilities I greatly respect. On the other hand, most of his paintings hold little appeal due their subject matter and somewhat static compositions.

A major exception to that criticism is his Nymphs and Satyr (1873) at the Clark art museum in Williamstown in the northwest corner of Massachusetts. If you are interested in late-19th and early 20th century painting, the Clark should be a "Must" destination.

I was last there in September and took some iPhone photos for your viewing pleasure. 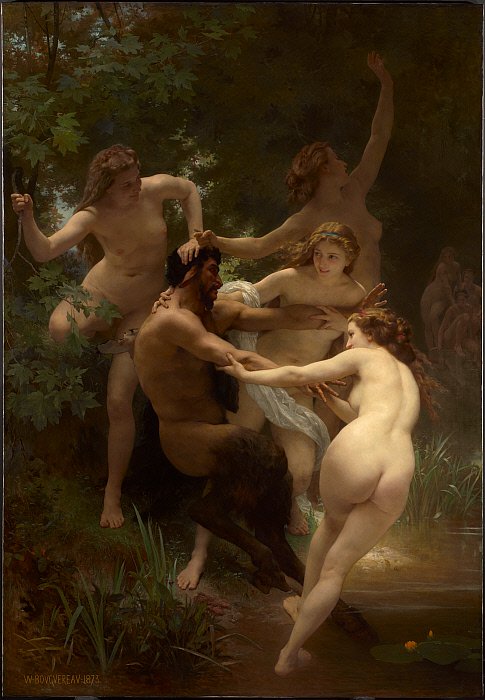 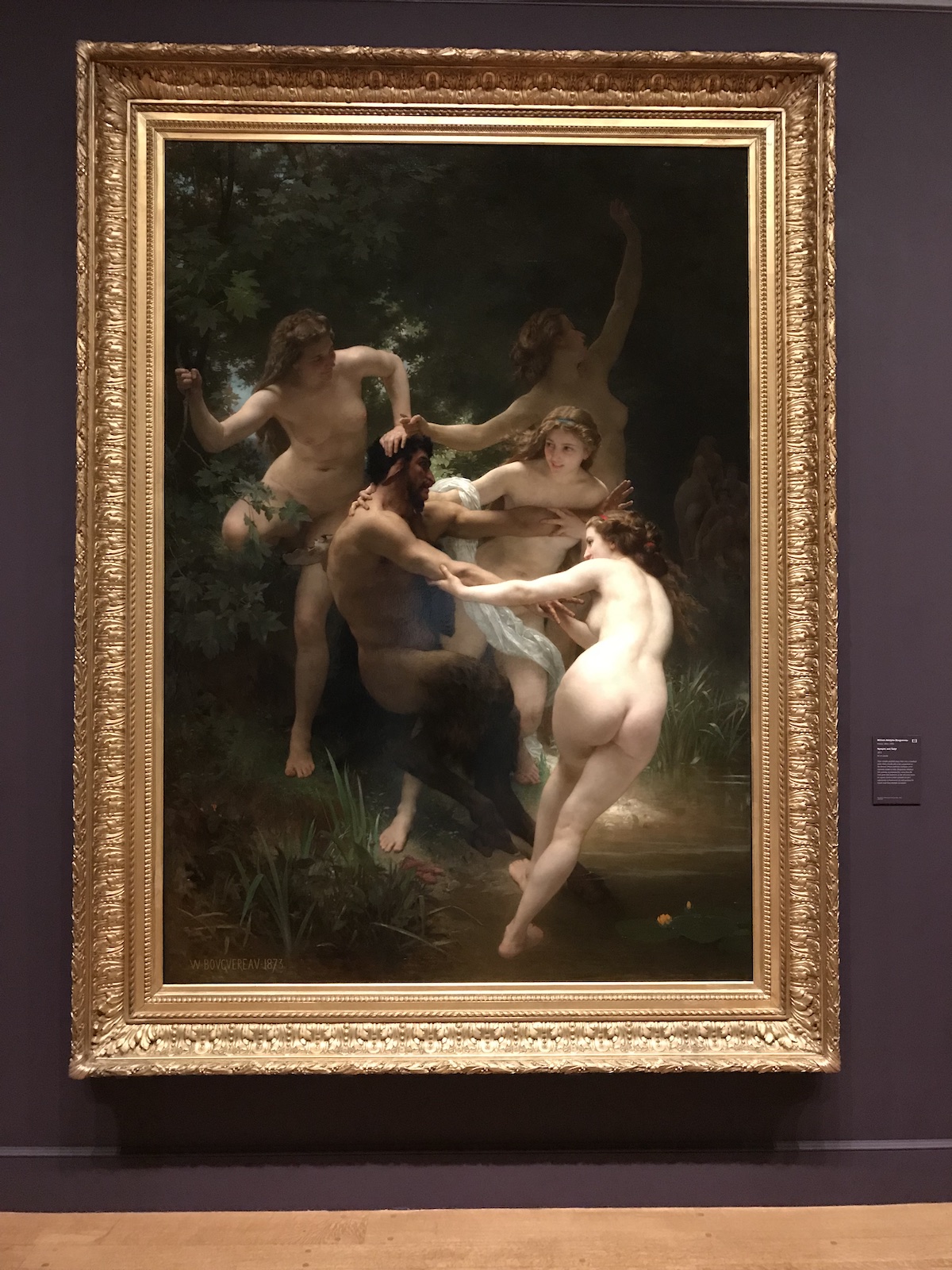 As seen in its gallery. A large painting: note its scale via the size and placement of the plaque as well as the floor. 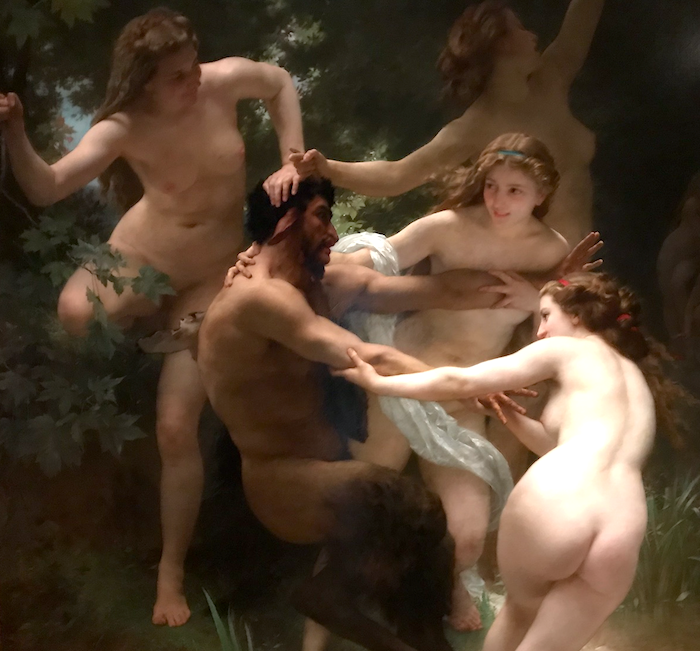 Detail image.  Click on it to enlarge.  I find the expression on the face of the nymph facing the satyr especially well done.
Posted by Donald Pittenger at 1:00 AM