Harold Weston (1894-1972) led a binary life of several sorts, as can be gleaned from his Wikipedia entry.

At times he lived in isolation or near-isolation in an Adirondack cabin. Later in the French Pyrenees. And in a slummy spot near New York's Greenwich Village.

On the other hand, he was born in Philadelphia's tony Main Line, attended school in Switzerland, graduated from Harvard, and knew Eleanor Roosevelt.

As an artist, he painted in styles ranging from stark realism to abstract. And when he wasn't doing painting, he was involved with various causes and government initiatives.

The link above states that Weston was prolific. And I state that none of it was particularly appealing, perhaps because it seems derivative and heavy-handed within each genre he pursued.

Weston in the mountains
He had Polio when young and remained partly crippled (note his cane). 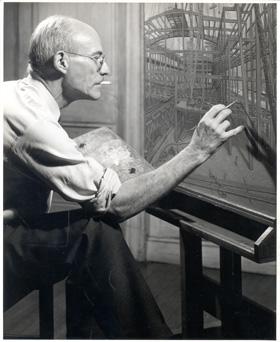 Weston painting United Nations construction
Nothing wrong with this project, but I'm sure photographers were hired to do the same thing. 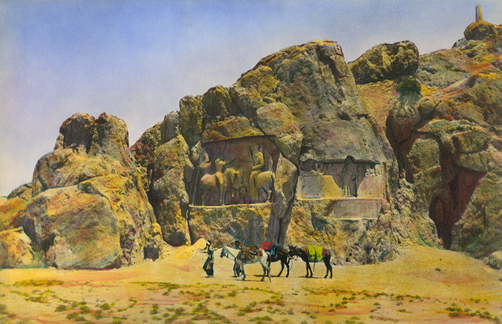 Naqsh-e Rustam, Iran - c. 1919
Weston was attached to the British army in the middle East during the Great War. This is the most conventional painting of his that I could find. 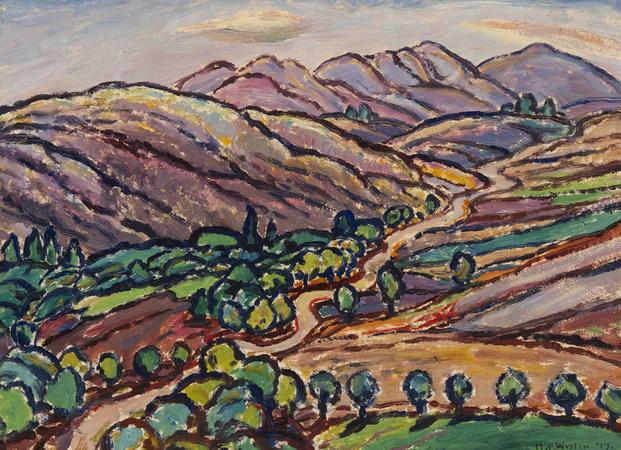 Persian Caravan - Path Near Hamadan - 1919
About that time he shifted to a kind of cloisonné style of Modernism. 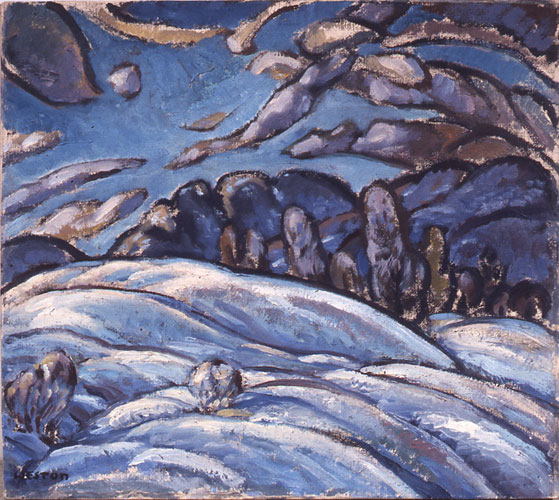 March Thaw - 1921
From his Adirondacks days. 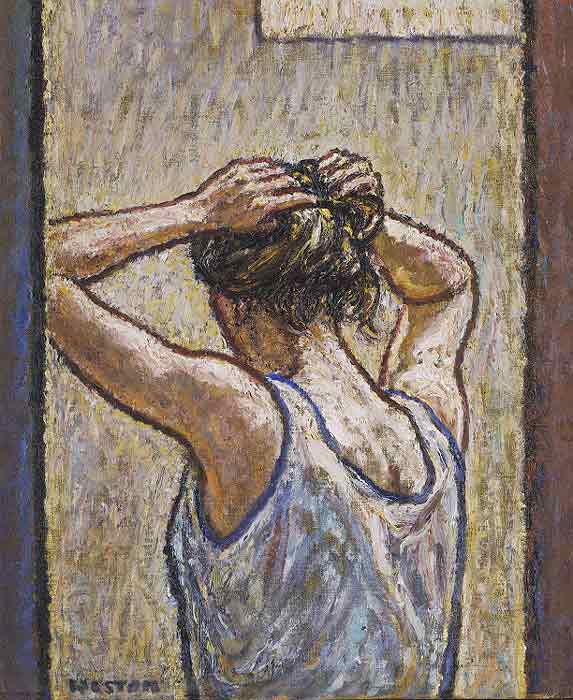 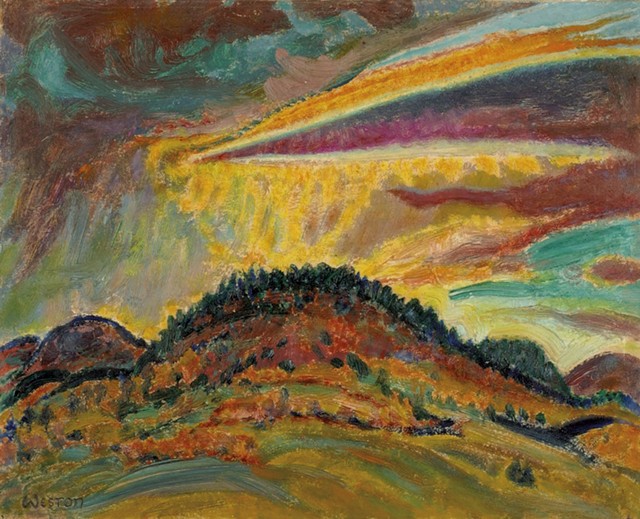 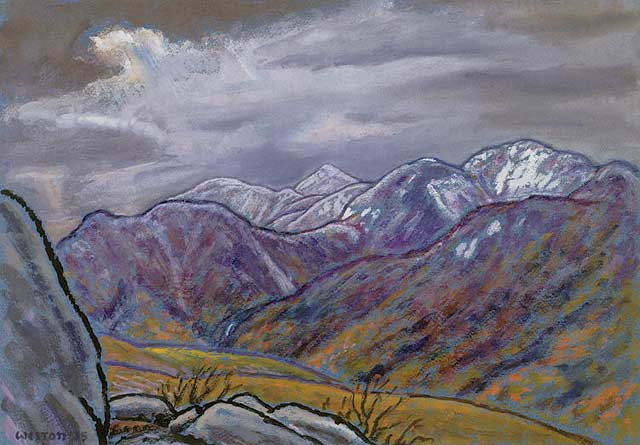 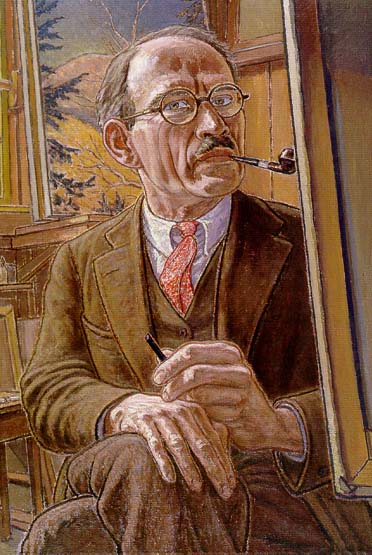 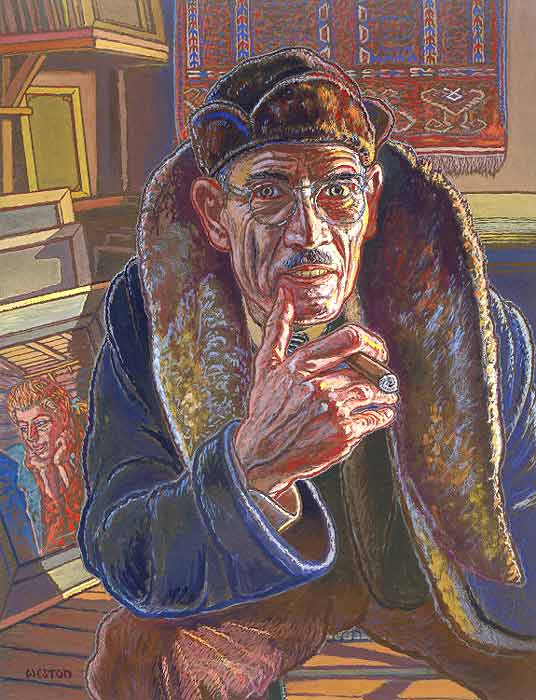 In the Studio
A later self-portrait in the same vein. 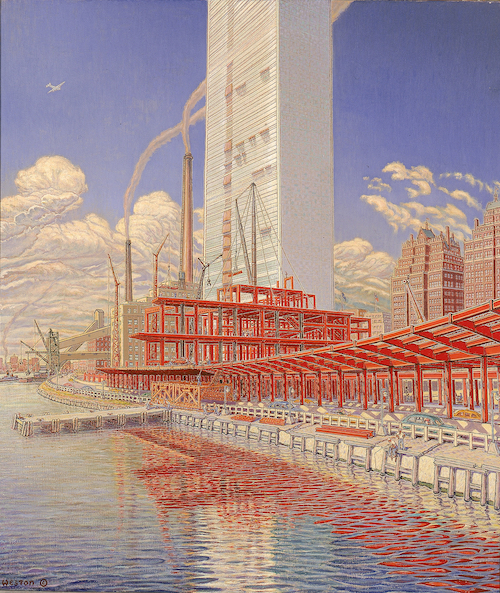 Building the United Nations #2 Ramp over F.D.R. Drive - 1950
Part of a large series of paintings of various construction stages, all with this general appearance.
Posted by Donald Pittenger at 1:00 AM