As the link notes, Ross was born in Aspen, Colorado back when it was a mining town and not today's flash ski resort center. Yet he eventually edited what was considered New York's most sophisticated major magazine in his day.

Cartoons were probably as important as its written content in creating the publication's success, and I suspect that remains true.

Where did Ross' original cast of cartoonists come from? Some were self-taught. Others were products of art schools. And some of the most famous New Yorker cartoonists had attended Ivy League schools.

The previous link notes that the term "Ivy League" seems to have been coined in the 1930s. It became "official" in the sense that an American college football conference with that name and eight schools was established in the 1940s. Nowadays those eight colleges and universities are among the most prestigious in the United States. Best known are Harvard, Yale, and Princeton. In terms of excellence Penn and Columbia are in that mix with Dartmouth, Brown and Cornell not far behind. (Full disclosure: my Ph.D. degree is from Penn.)

What many readers need to know is that around 1930 the US population was far more concentrated in the Northeast than it is today. Therefore, the potential pool of New Yorker cartoonists was fairly close to New York City. Furthermore, until the 1960s, that part of the country -- the New England and Middle Atlantic regions -- did not have many large publicly-funded universities or even colleges. Higher education was largely done via private colleges and universities such as the Ivy League, the Seven Sisters (women's colleges) and the "Little Ivies" (smaller, but elite, schools). So when Ross hired cartoonists who had spent a year or more in college rather than an art school, the odds were that there would be some Ivy Leaguers in the mix.

Below are cartoons by prominent first-generation New Yorker cartoonists who had an Ivy League experience. 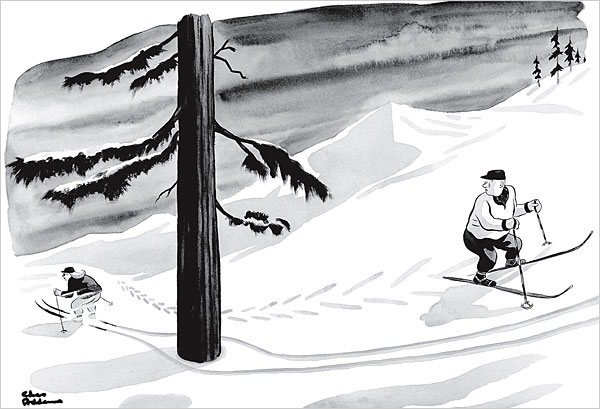 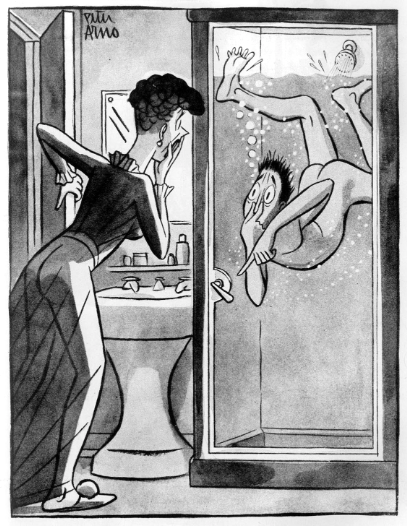 Peter Arno
Peter Arno spent a year at Yale. I wrote about him here. 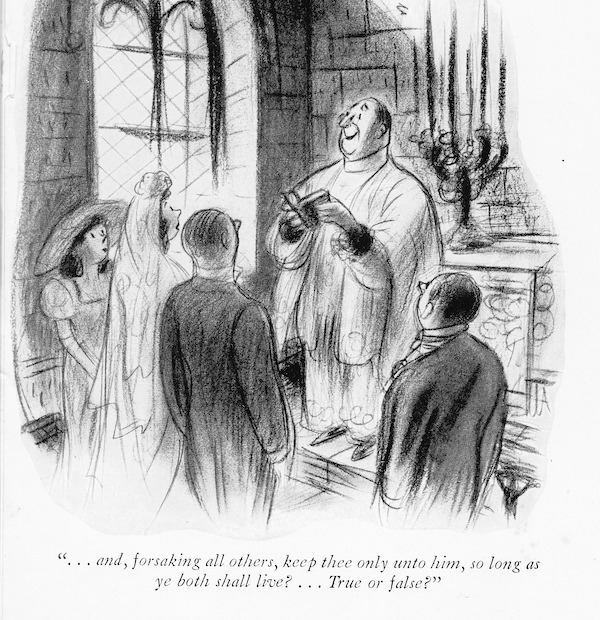 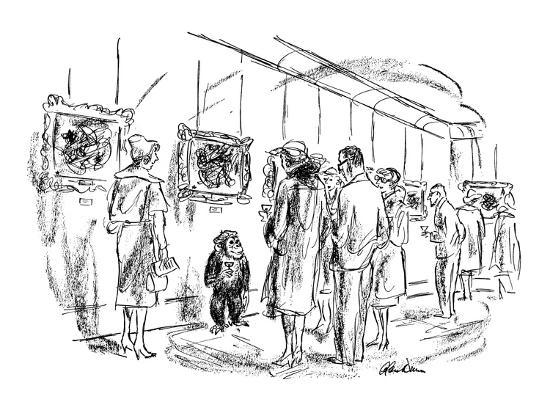 Alan Dunn
Alan Dunn attended Columbia.  The chimp was the artist of the abstract painting above him. 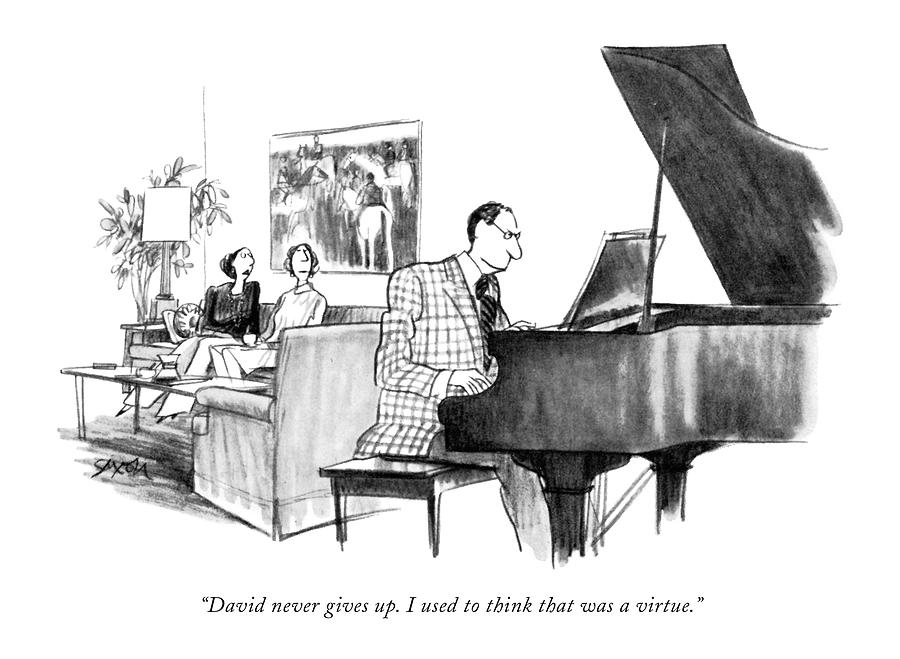 Charles Saxon: "David never gives up.  I used to think that was a virtue."
So did Charles Saxon, who I wrote about here. 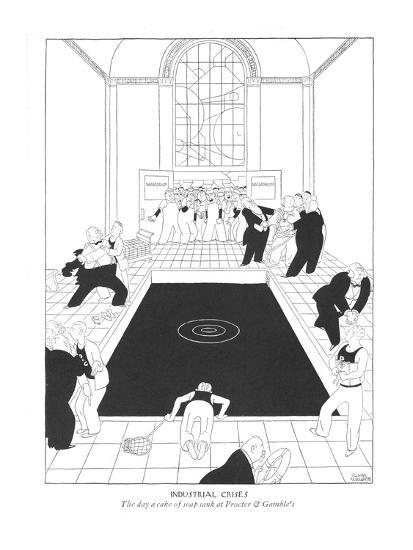 Gluyas Williams: INDUSTRIAL CRISIS ... The day a cake of soap sank at Procter & Gamble's"
Gluyas Williams went to Harvard. This joke needs an explanation for most readers. The Procter & Gamble company marketed a very popular bar soap named Ivory. For many years its advertising slogan included the phrases "99 44/100% Pure": "It floats."