Earl Horter (1881-1940) was an illustrtor, art director, oil and watercolor painter, etcher and probably worked in other media as well.  He also was able to create a large eclectic, personal art collection that he was forced to gradually sell off during the Great Depression due to decreased income and the need to pay divorce settlement requirements (he married four times).

A quick Google search revealed little biographical information about him, though this site is fairly useful.

Besides working in many media, Horter used a variety of styles over the years, as can be seen in the images below.  So even though he was very competent, his work is not distinctly "his" due to all that variety.  That said, it should be noted that his subject matter was largely architectural or townscapes.  Almost no images featuring people could be found on the Internet. 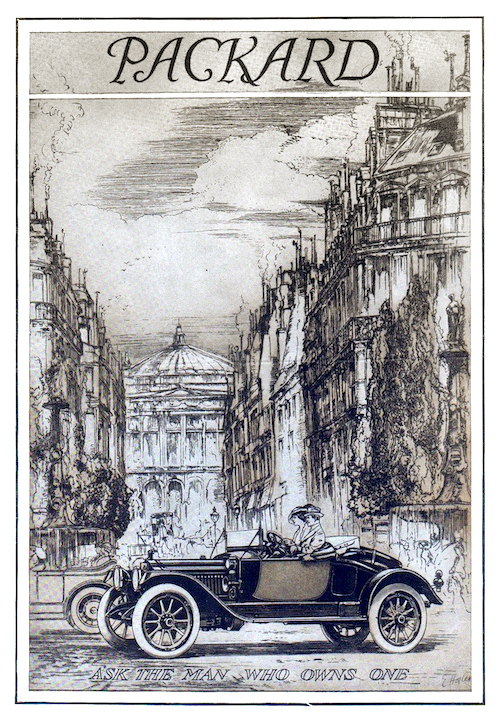 Packard poster from around 1914.   The setting is Paris' Avenue de l'Opéra constricted to suit the dimensions of the poster. 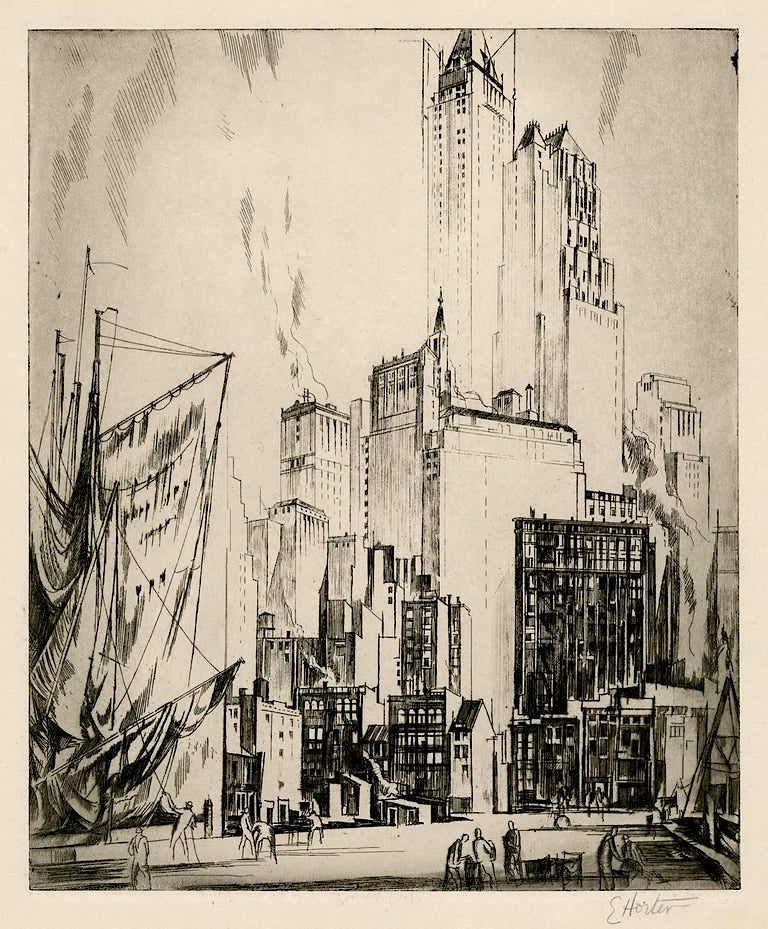 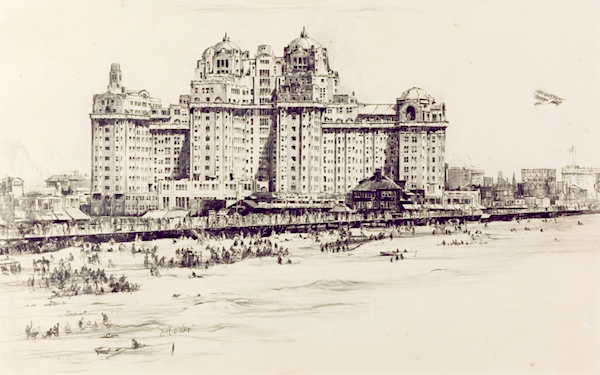 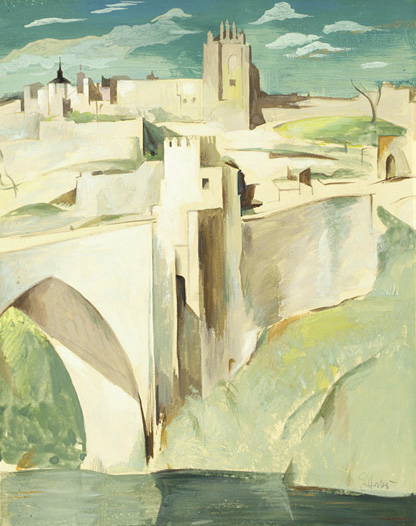 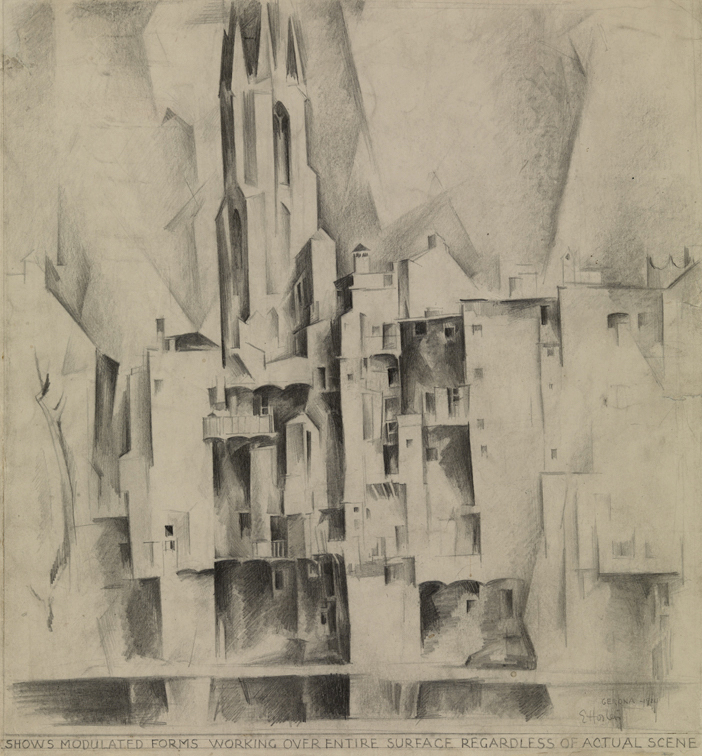 Two scenes of Toledo, Spain from about 1924.  Here we see a touch of Cubist influence. 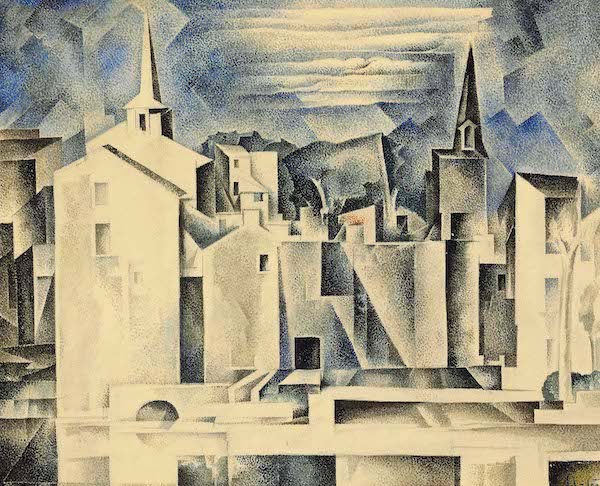 Ditto for this Delaware River Scene. 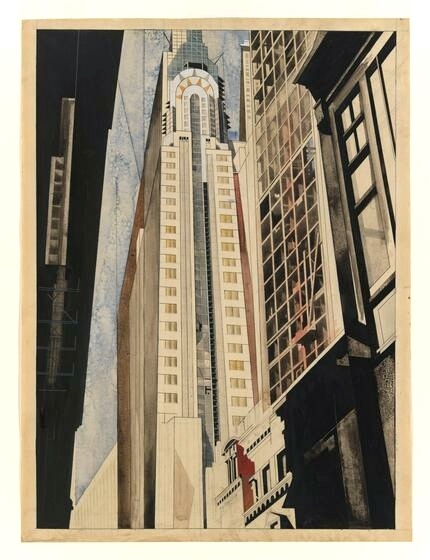 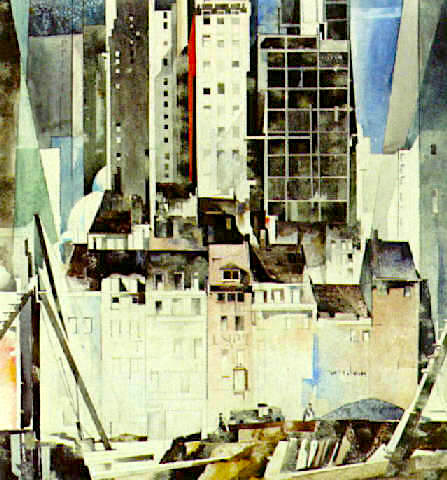 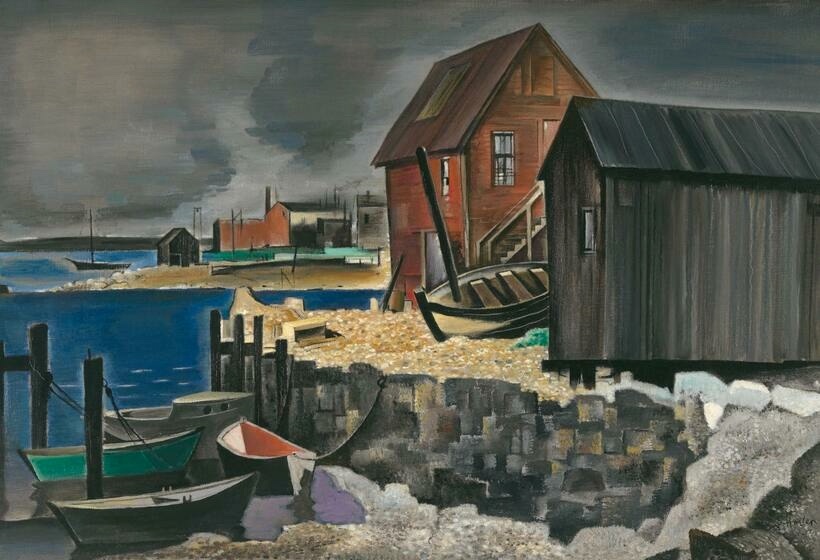 Gloucester, Massachusetts scene, 1932.  Here a touch of modernist simplification, common at the time. 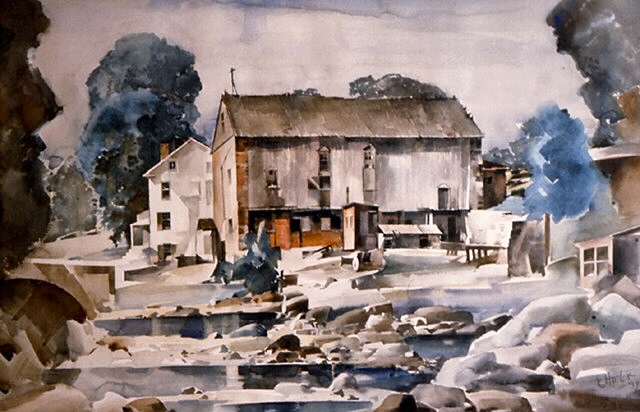 The Old Barn, 1939. A conventional watercolor, but limited colors. 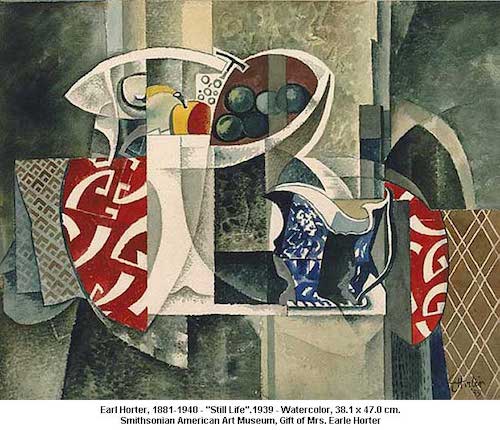