Maxfield Parrish (1870-1966) was a successful illustrator and Fine Arts painter whose reputation sagged late in his career and has since recovered fairly well.  His Wikipedia entry is here, and I wrote about him here and here.

His illustrations often included landscape backgrounds, and eventually he began painting pure landscapes (no human figures).  Often these were turned into prints or used as calendar art.  Most of the images below that I found on the Internet seem to be scans of such prints.  Therefore, they lack the strong impact that his paintings have when seen in person.

As best I can tell from my reference material, Parrish started  painting such landscapes around 1930.  For this post, I feature some he made during the 1940s. 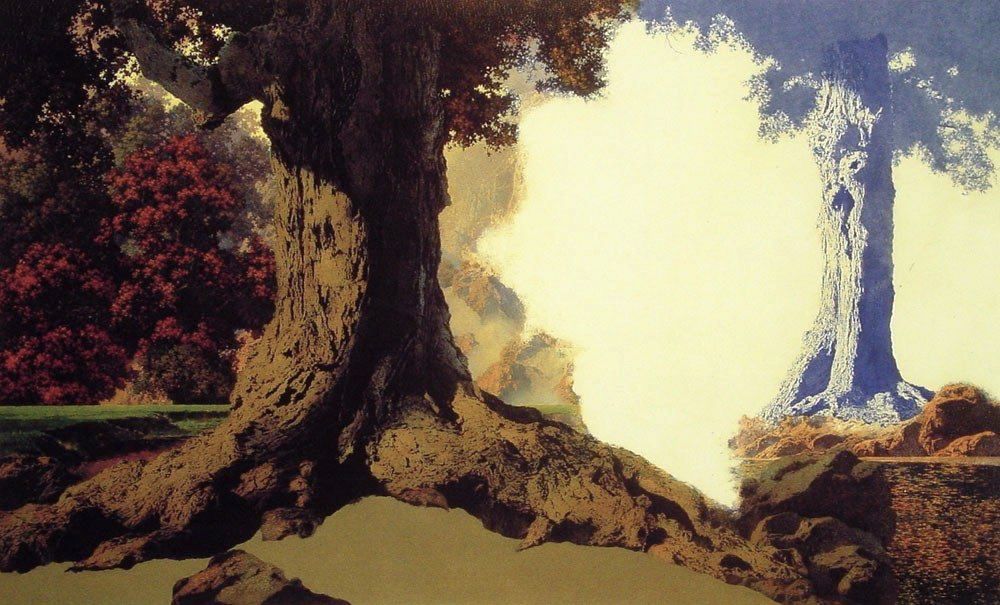 Unfinished painting
But first, a word regarding his technique.  Parrish took a long time to complete a painting.  Not counting pre-painting preparation (composition, color studies and such), he often began with a monochrome underpainting, as can be found in the right side of the image above.  To that he added layers of oil glazing and perhaps regular oil paints layer by layer with time out for each layer to dry -- perhaps weeks, depending on the nature of the layer.  Thanks to this practice, he worked on several paintings at any given time, adding paint to those whose upper layers had dried. 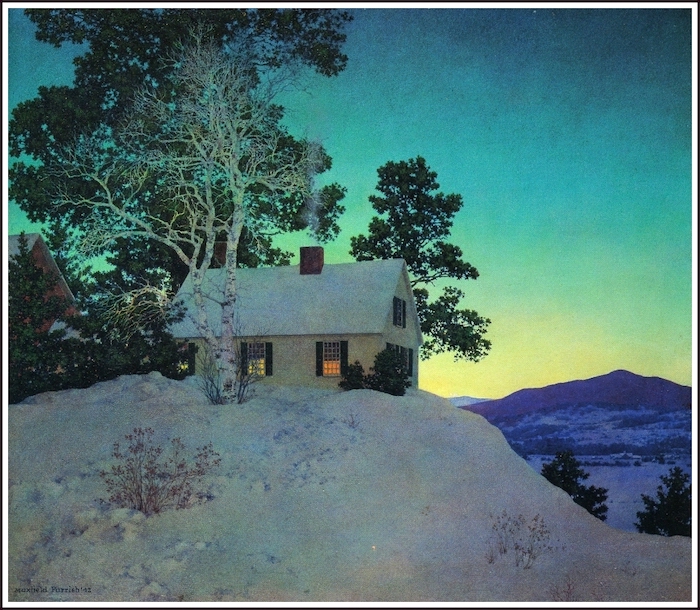 Dusk - 1942
Parrish was noted for his treatment of skies under various (often dramatic) conditions. 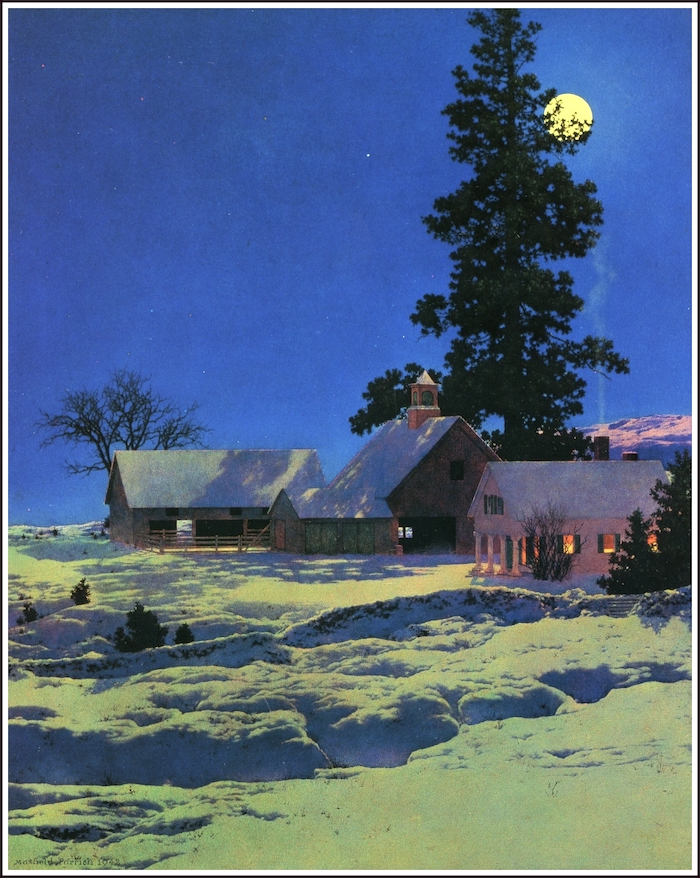 Winter Moonlit Night - 1942
Note the green colored snow.  Frederic Remington painted a series of Western nocturnes during the early 1900s, many of which featured green grounds.  I don't know if Parrish was familiar with Remington's nocturnes or if he hit upon the use of greens by his own observations. 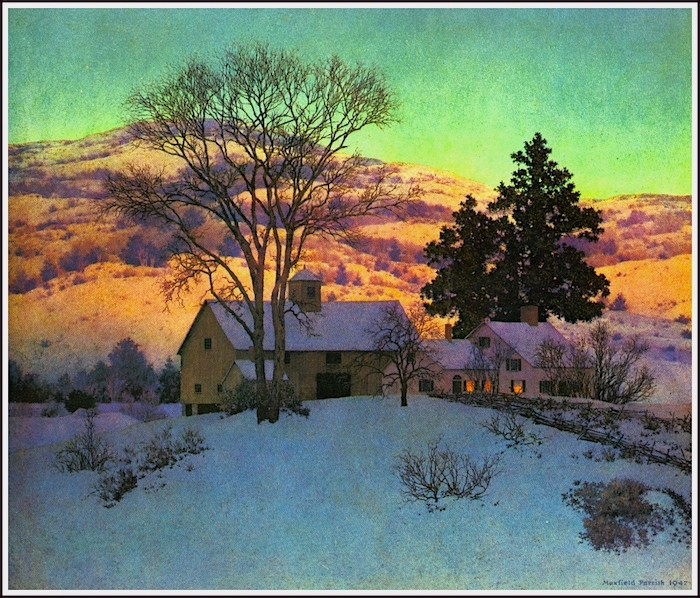 Afterglow - 1947
Another winter scene, but not quite a nocturne. 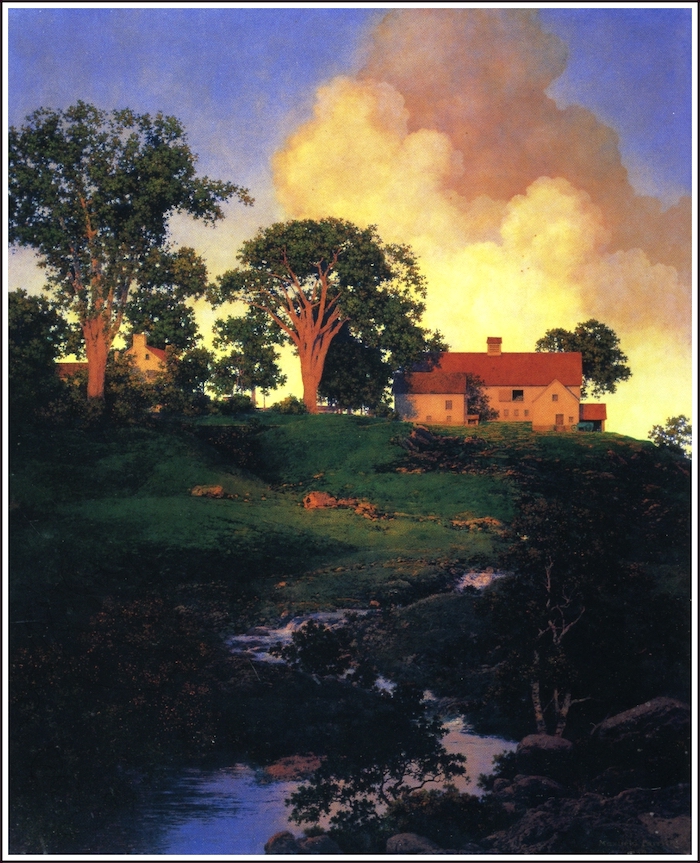 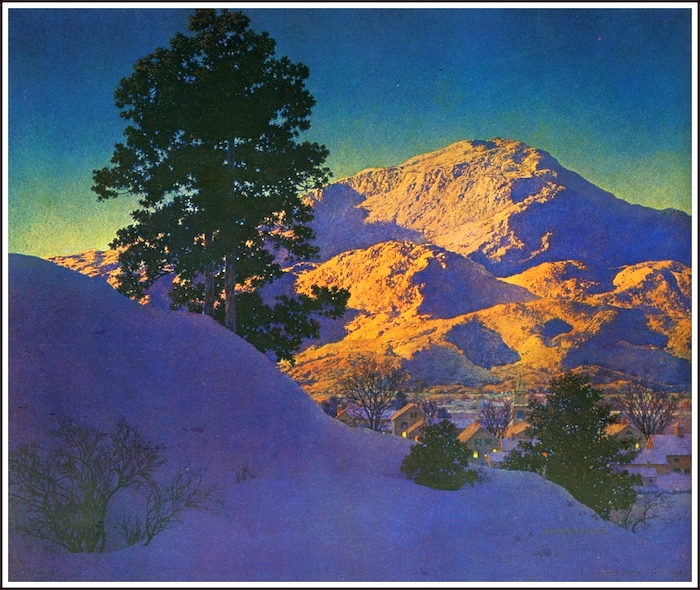 Winter Sunrise - 1949
Even here, a few houses can be found.  Note the use of near-opposite colors (blue-purple and gold) that domiate this scene, adding to its drama.
Posted by Donald Pittenger at 1:00 AM