Frederick Sands Brunner (1886-1954) specialized in illustration art featuring pretty young women.  He had at least one Saturday Evening Post cover and two Coca-Cola images to his credit, so he indeed managed to hit the illustration Big Time.

On the other hand, he is unknown today, in that I could find no biographical information about him on casual Google and Bing internet searches.  Nor was he included in Walt Reed's "The Illustrator in America" reference book.
As best I can tell, although Brunner was quite competent, his work lacked that special touch more successful illustrator had.  His work strikes me as being similar to that of Andrew Loomis.  And Loomis was almost, but not quite in the league of Norman Rockwell, Mead Schaffer, John LaGatta and others.
Don't let me influence you.  Below is a sampling of what I mostly consider Brunner's better work for your consideration. 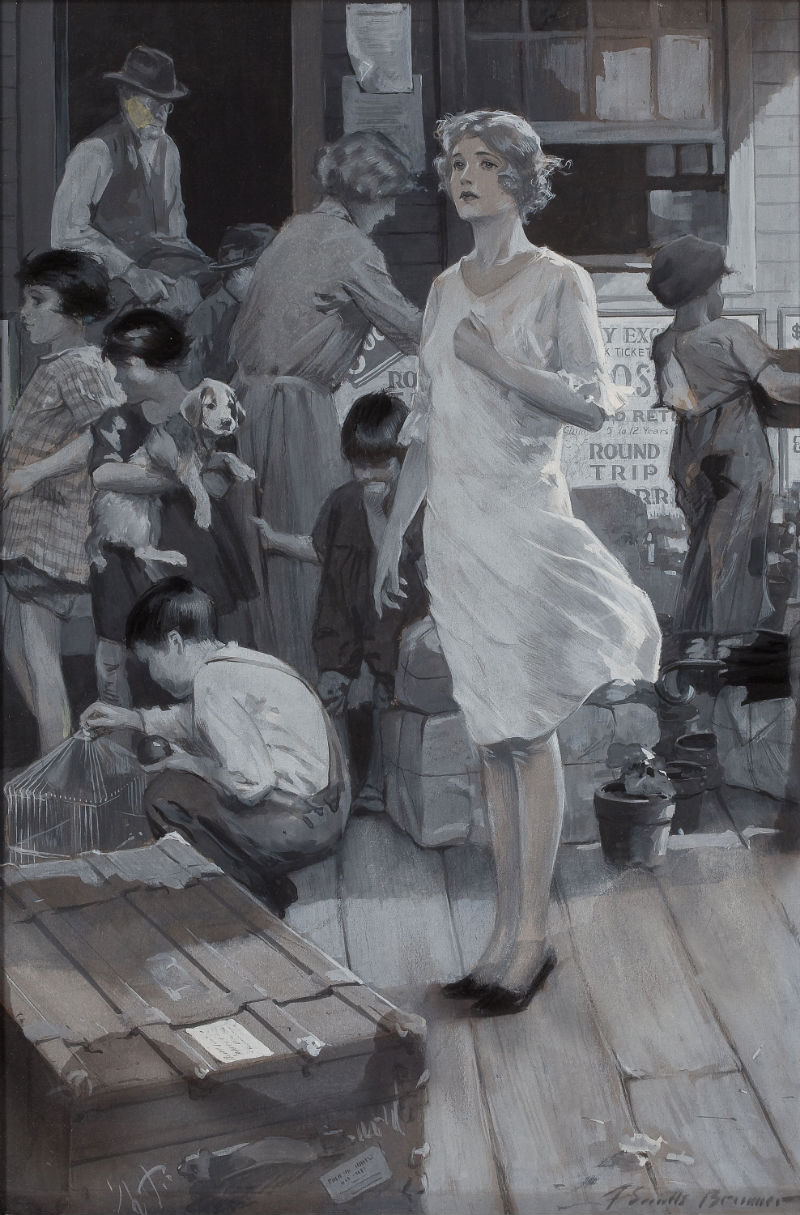 Taproot of Power illustration
A fairly early example, circa 1920. 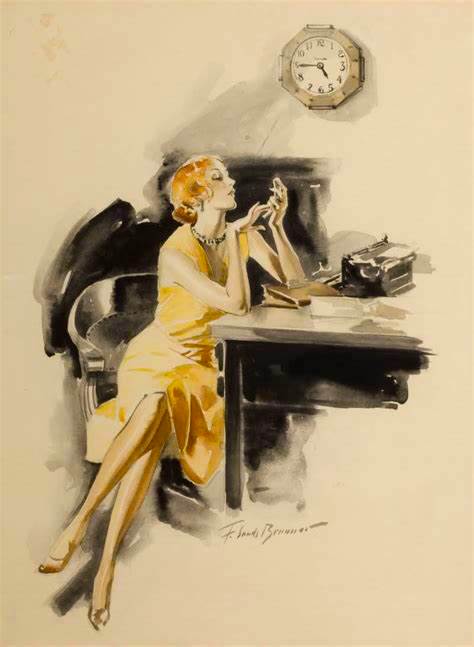 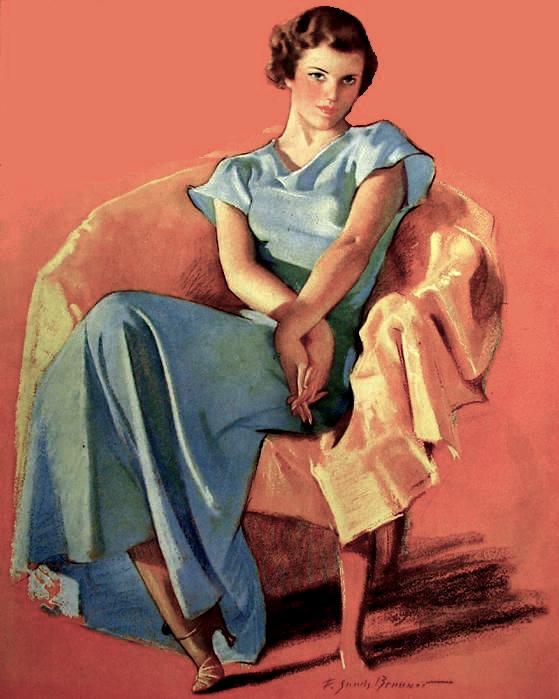 Seated lady
The Internet source had much brighter colors, but my adjustment might be more realistic. 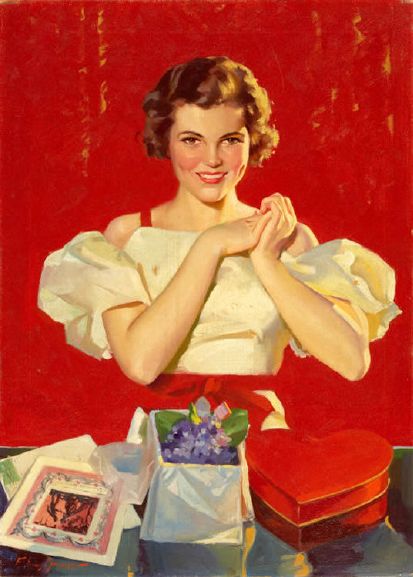 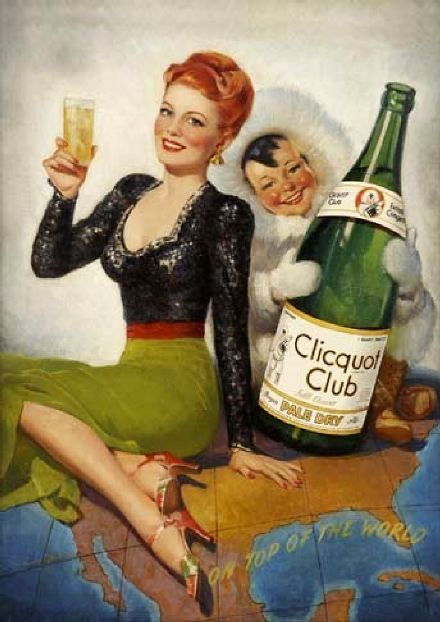 Clicquot Clib ad
For a now defunct beverage company.  The Eskimo lad was its trademark character. 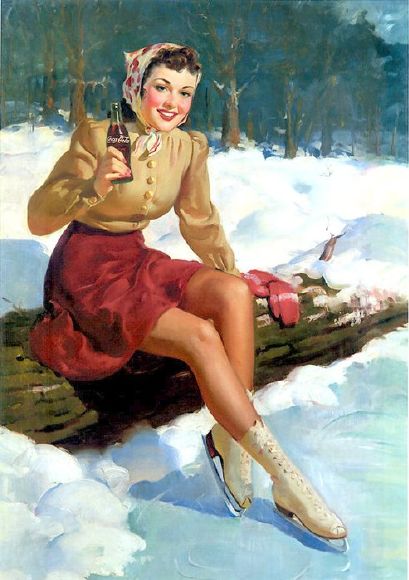 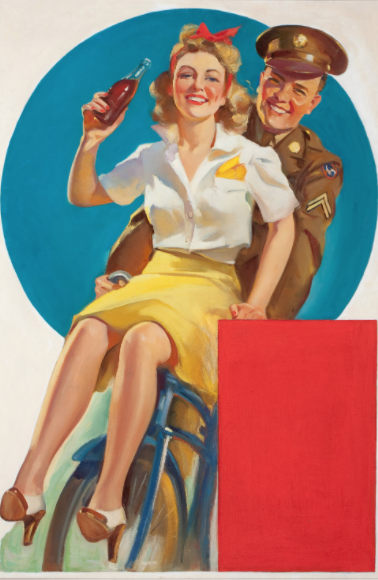 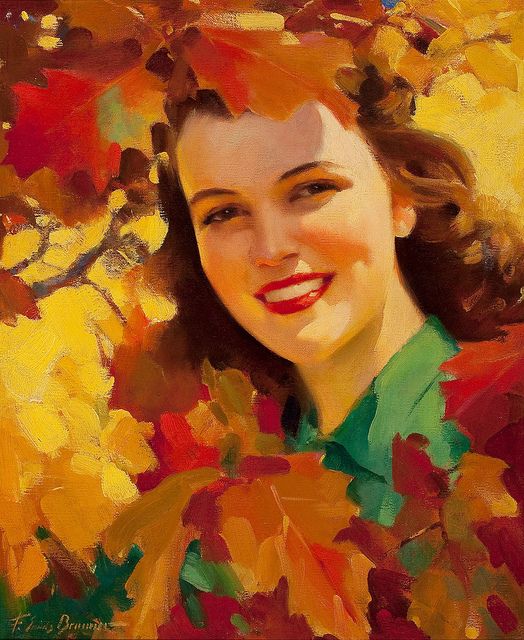 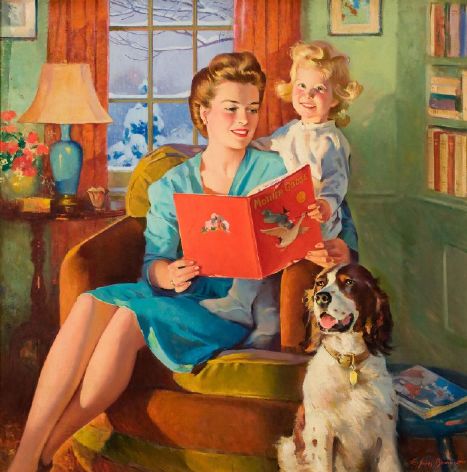 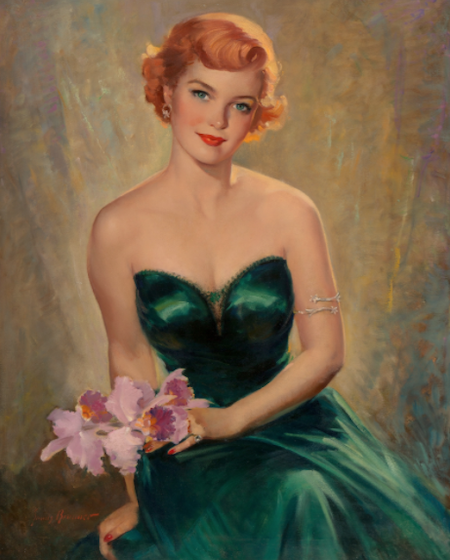