Carl Christian Frederik Jacob Thomsen (1847-1912) seems to have been a fairly important Danish painter in his day.  His brief English language Wikipedia entry is here, but from there you can link to a much longer entry in Danish.

I know little about Danish art.  Even from the 1850-1930 period that interests me most across all nations.  The most famous circa-1900 Danish painter seems to be Thomsen's contemporary Peder Krøyer. Krøyer painted genrre scenes -- seashore settings, dinner parties and such.  Thomsen also did genre, though mostly from a different angle.

Both artists were conservative, making representational images in an era when Modernism was on the rise in France and elsewhere south of the Scandinavian countries.  Thomsen was technically skilled, but I find his work rather dull.

But then, perhaps that's what the Danish market expected of him. 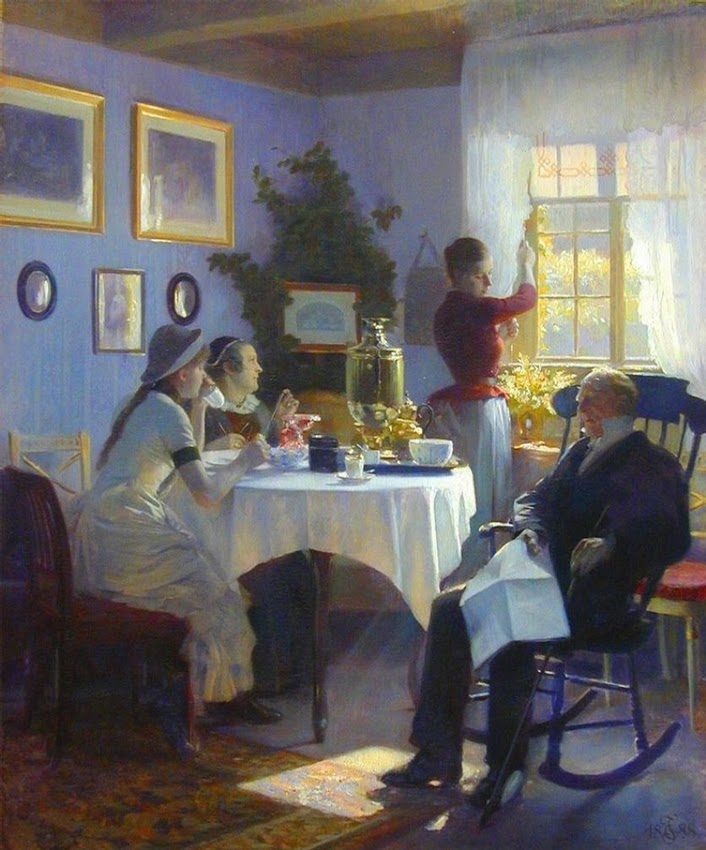 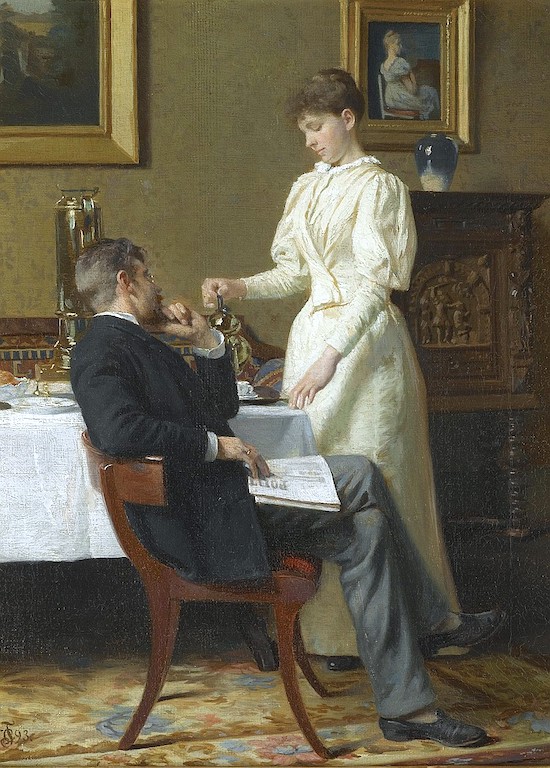 The Honeymoon - 1893
Thomsen apparently chose to depict the morning after.  To my eyes, what we have here is a long-time married couple. 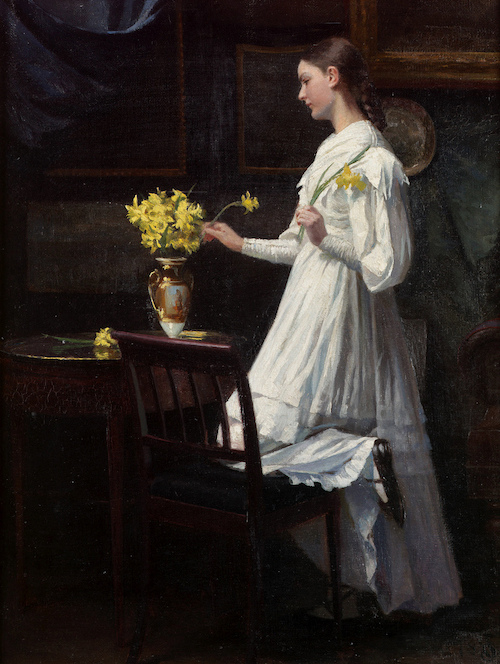 Arranging Daffodils - 1894
Again, nicely painted, but rather dull.  The wildest touch is the position of the lady's left leg. 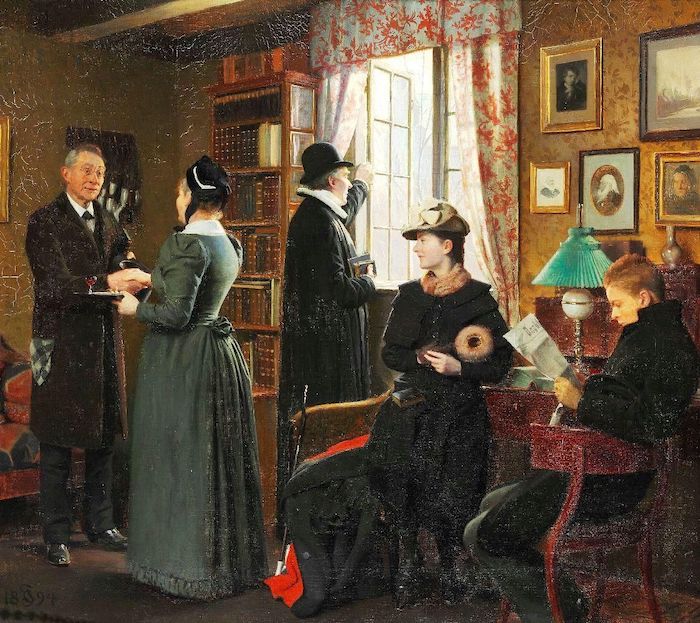 A gathering -- I don't have a formal title for this
A rather fragmented grouping. 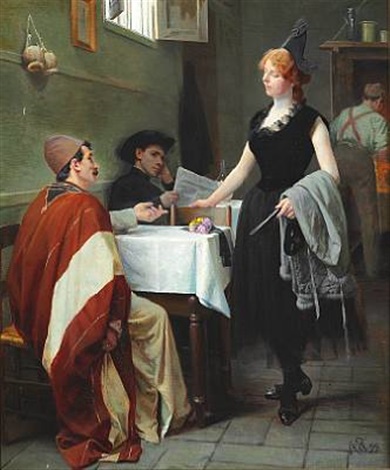 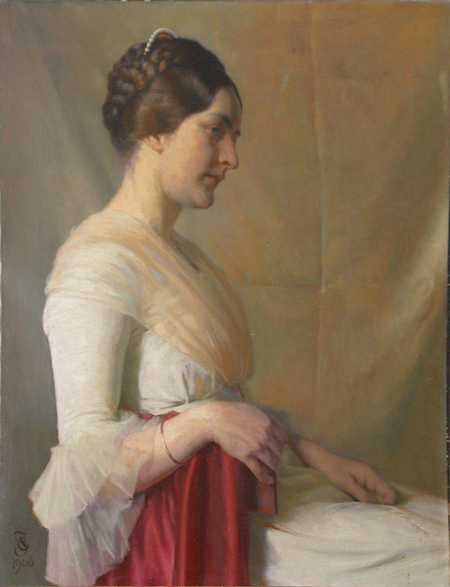 Portræt af kunstnerens datter Elise Thomsen - 1906
Thomsen's daughter.  She doesn't seem pretty, and the pose and lighting might be an attempt to hide that. 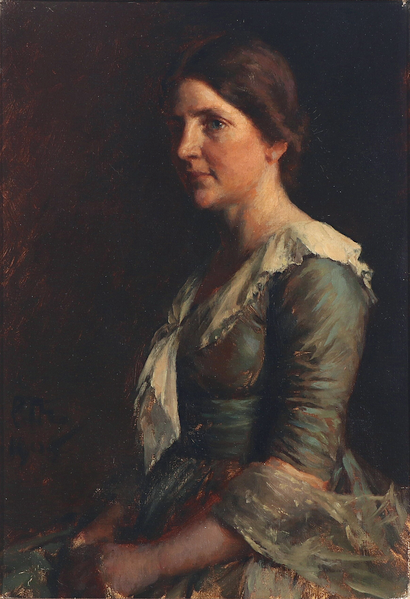 Portræt af ung kvinde - 1908
A fairly late work.  Not as smoothly painted as the 1890s scenes for some reason. 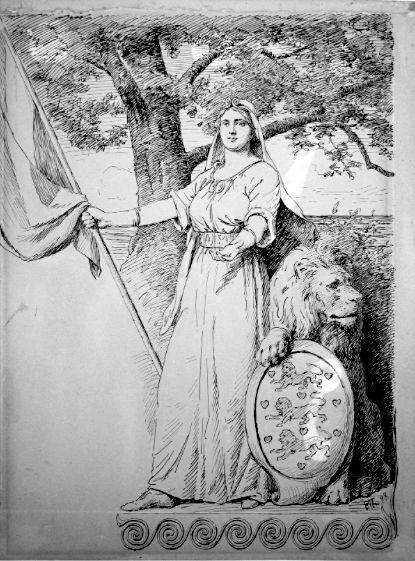 Moder Danmark
An etching of "Mother Denmark."
Posted by Donald Pittenger at 1:00 AM