This architecture-related post deals with an American phenomenon of the early decades of the twentieth century.  It was solitary skyscraper buildings appearing in cities other than New York and Chicago, which were well-supplied with tall structures.

I suspect that in most cases those cities lacked the financial muscle to build many skyscrapers -- one was they best they could do for decades.  I also suspect that civic prestige was a strong factor in those skyscrapers having been built in the first place.
Below is a set of aerial photographs taken when the towers were fairly new.  The images include enough of the subjects' surroundings to indicate how distinctive these skyscrapers were in their settings.  They are arranged in the cities' alphabetical order. 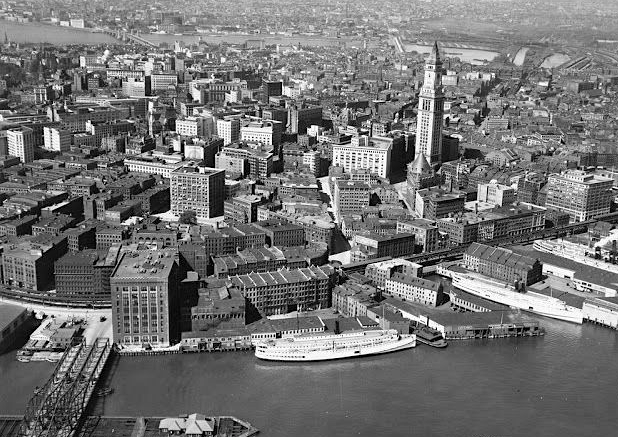 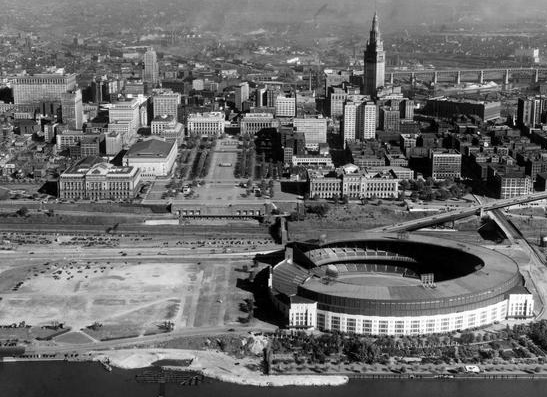 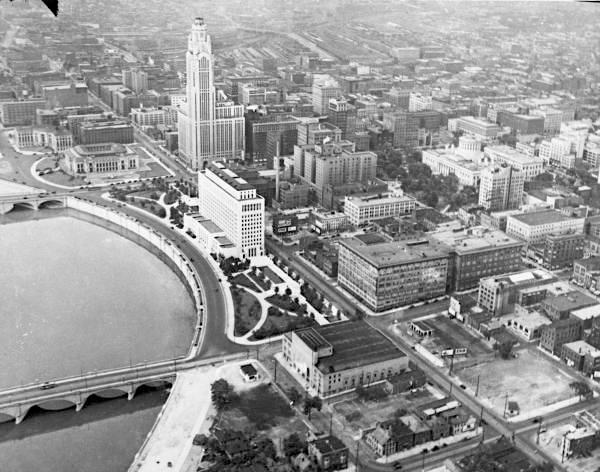 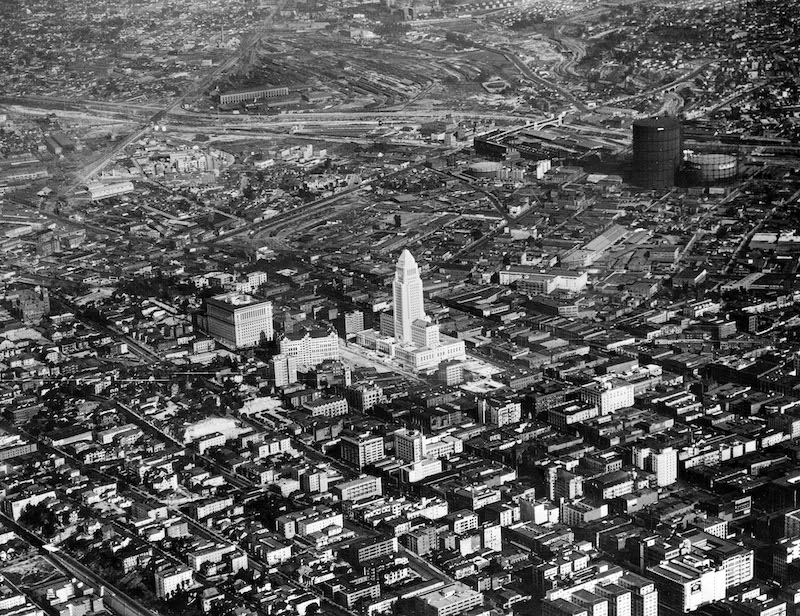 Los Angeles City, completed 1928
Wikipedia entry here.  For many years City Hall was the tallest building in town due to fear of potential earthquake damage to tall buildings there. 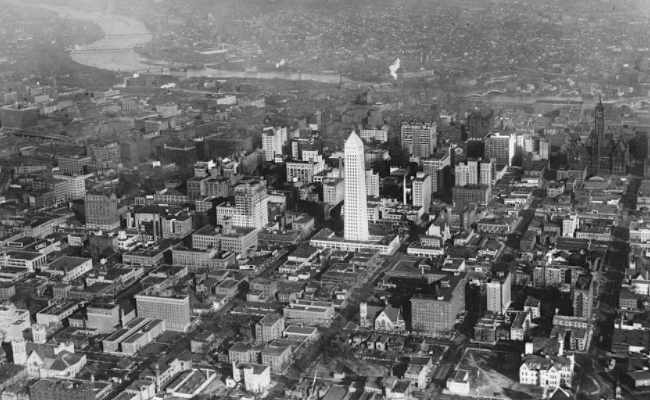 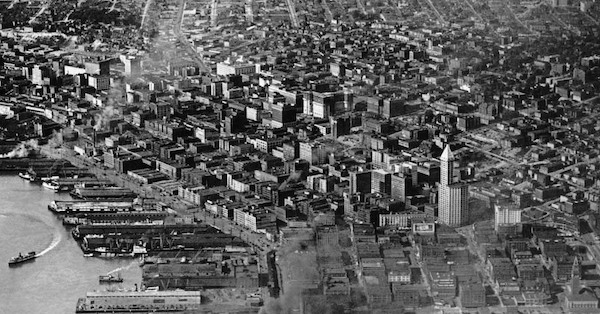