From time to time I come across shops that feature large-format color photographic prints having dramatic views and striking colors.  Apparently there is a fairly strong market for such images.

In some cases those color schemes are not what I've ever seen in nature.  Are my eyes failing me?  Or were the original photos digitally enhanced?
Offhand, I don't know for certain, but I'm pretty sure there was some enhancing going on.  Check out my experiment below. 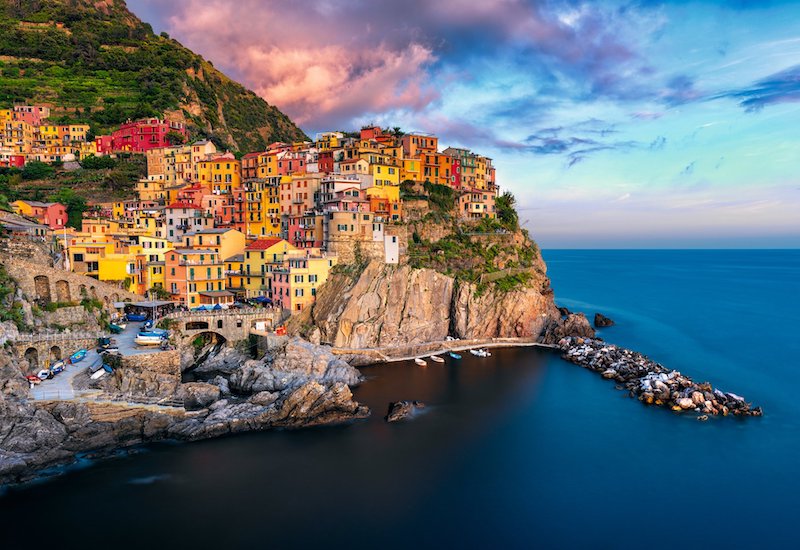 The first two examples are by Peter Lik.  I've seen this one in his stores.  The subject is Manarola in Cinque Terre, Italy.  The buildings seem brighter than I think they should be, and the foliage more green. The sea seems more placid and blue than I would expect. 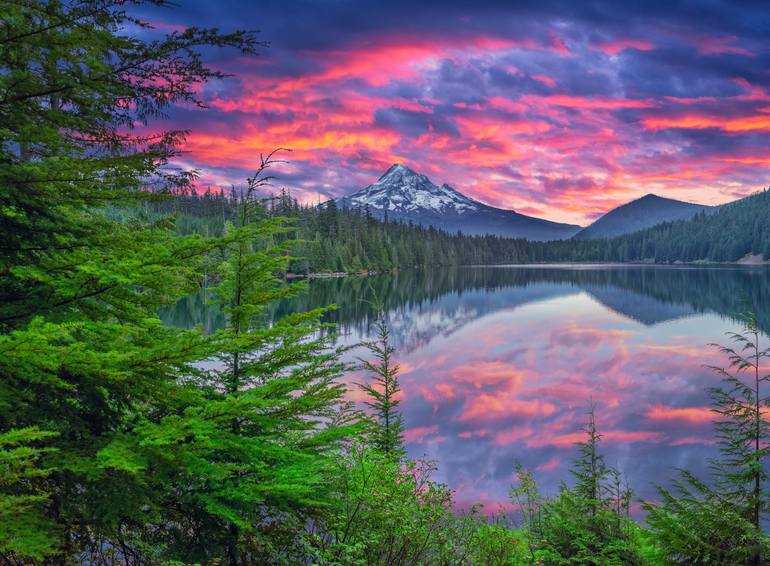 Here again the foliage green in the foreground strikes me as being a bit false.  The lighting on the clouds seems on the strong side, though I have seen such colors for Hawaiian sunsets. 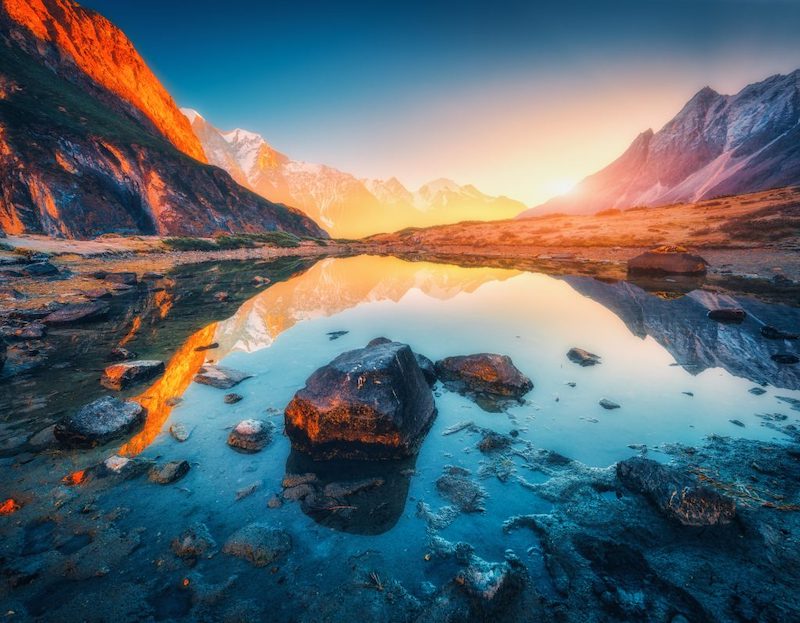 Photo from an unknown source via lebisca.com.  Colors look exaggerated. 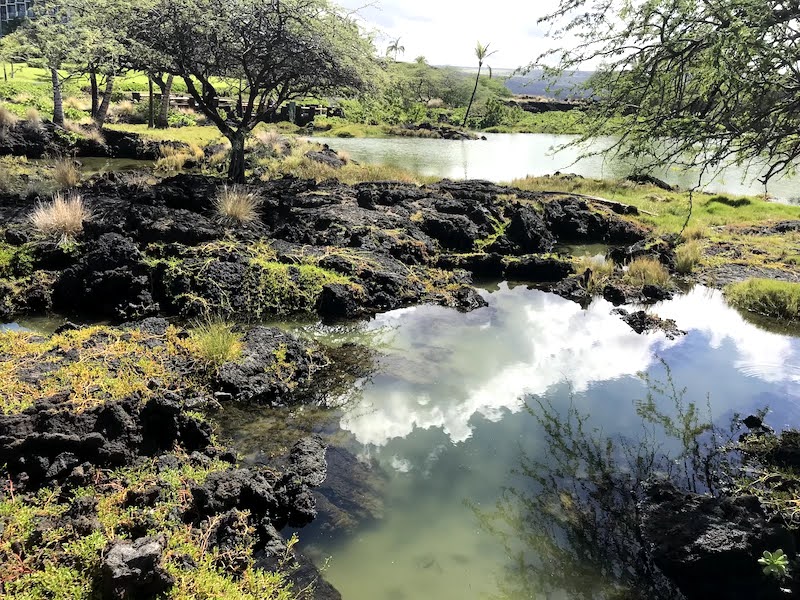 Now for my experiment.  This is an iPhone photo I took recently on the grounds of the Waikoloa Beach Marriott on Hawaii's Big Island. 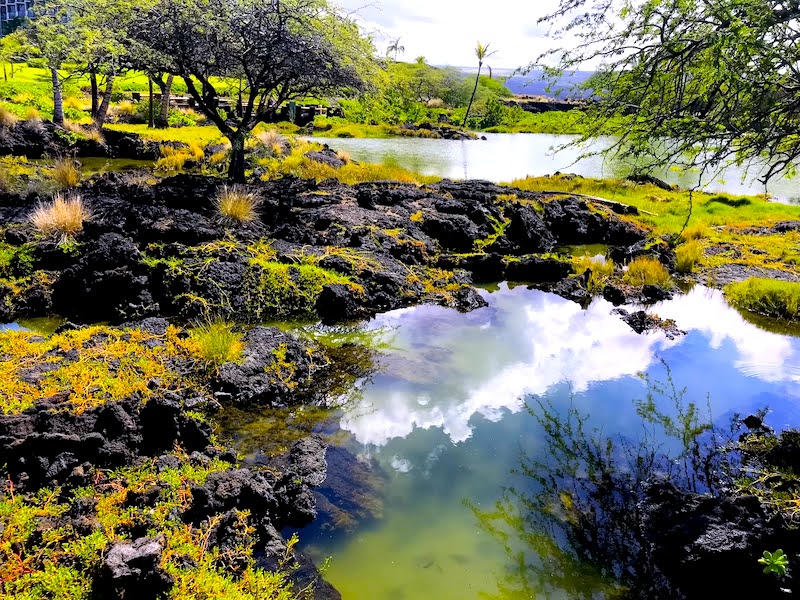 I moved it to my iMac, selected it for Preview, and went to Adjust Color in the Tools menu.  Then I moved the Saturation bar to the extreme and made a few small adjustments to some other controls to achieve the result in the above image.  It seems similar to the kind of likely enhancements shown in the first three images.
Posted by Donald Pittenger at 1:00 AM

Those look like examples of "high dynamic range" photography, in which the photographer shoots his subject at several different exposure values and combines the images with software like "Photomatix." It's often useful for bringing out detail in both the shadows and highlights, but it can be abused.

The photographer Joseph Holmes has an extensive description of the work flow used for this kind of image manipulation under the 'profiles' tab of his site. His images are also, in my opinion, considerably more 'restrained' in their application of it - to more pleasing effect.

Damian & Don -- Thank you for your input. I was more into photography ages ago when I was in the Army in Korea. But in recent years I mostly take digital photos and use them for reference or blogging, so I am not very aware of the digital technologies for adjusting initial images.

In the olden days some art-oriented photographers would print the whole film including the border with "Kodak" or whatever, instead of cropping down to the image, as an indication that it was a straight vérité sort of photo. Besides, any manipulation was not that easy to do. With digital photography all bets are off.

I was looking at a bunch of top news photos of the week and thought about how beautiful they all were. Then I remembered that any visual factor can be jacked up in seconds with digital photography, and nothing is really a straight photo any more. And that's news photography, not crap made to sell to tourists.

Of course there's still composition, framing, and the moment . But you could hack that stuff too (probably not done with pros doing news).

Stuff like for example what Obama's presidential photographer did looks straight and probably basically all is, because he was trying to capture real documentary moments, not make stuff to sell to tourists.

Remember Melania's official portrait photo? Yikes. It said a lot of things they no doubt didn't mean to say.