John William Waterhouse (1849-1917) was an important British painter, especially during the period 1890-1910.  He mostly dealt with classical, mythological and literary subjects featuring attractive woman.  His Wikipedia entry is here.

I am interested in how painters work, so from time to time present example of sketches, studies, and uncompleted paintings that offer insights.

Below is a set of such images by Waterhouse.

An Eastern Interior with Seated Girl - 1886
I rate this as an oil sketch rather than a study for a more finished painting, but I might be wrong. 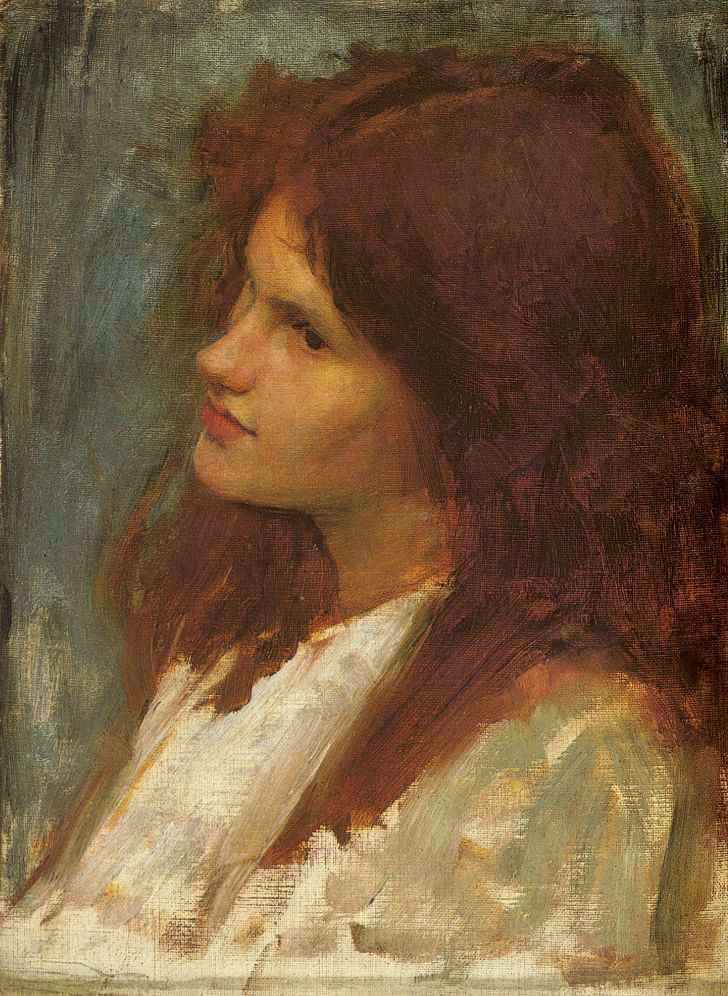 Head of a girl - sketch
Focus is on her face, the rest is roughly indicated. 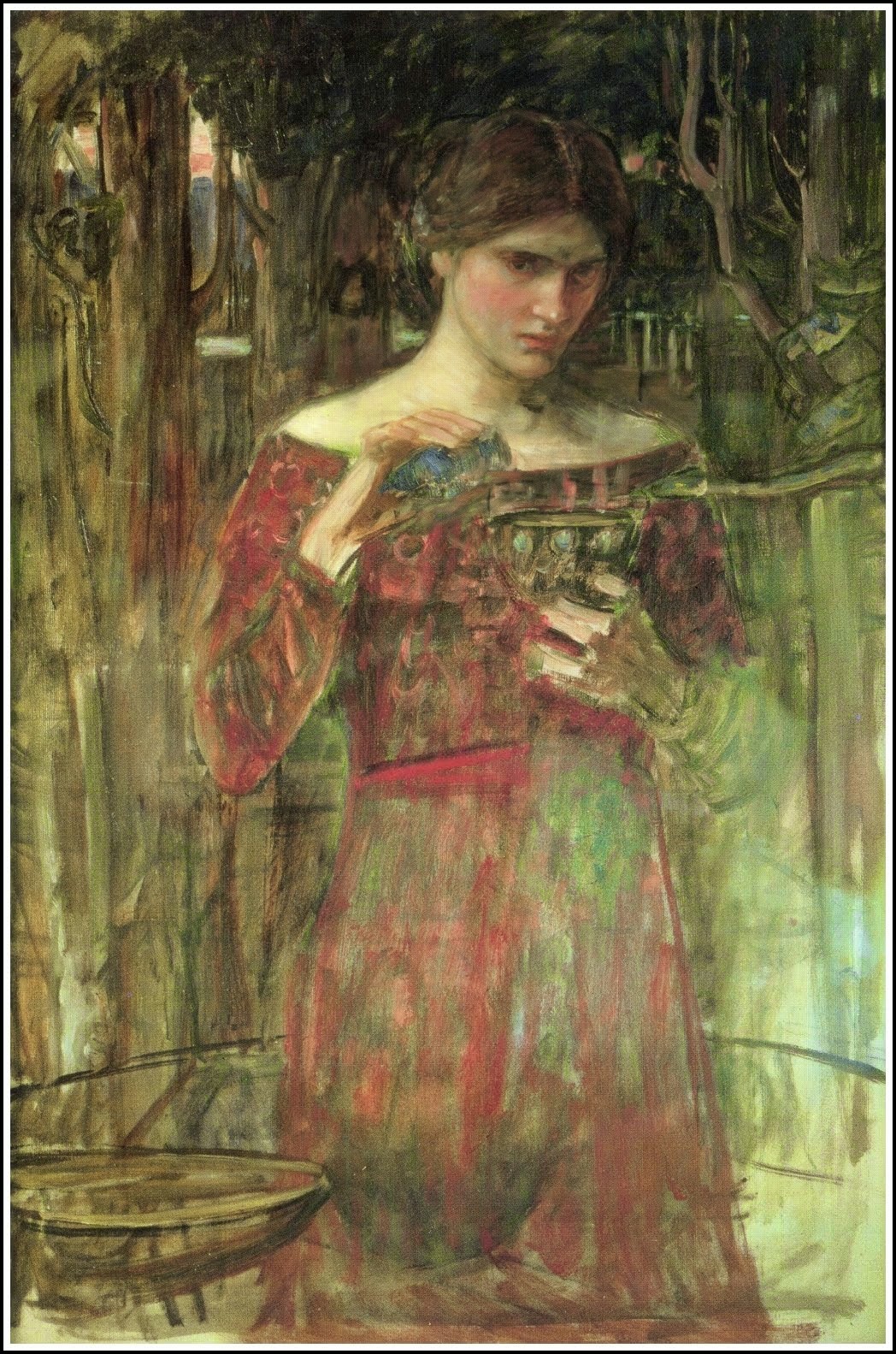 Jason and Medea? - 1907? - study
Her face is largely finished, so I wonder if Waterhouse was thinking of making a painting of Medea only.  Given the roughed in background, it's possible that this was an unfinished work. 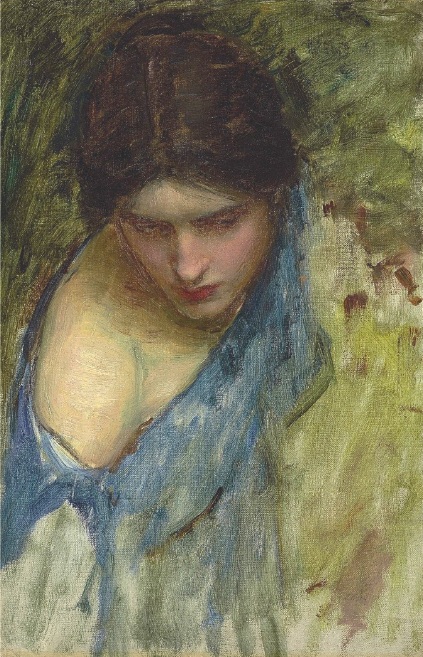 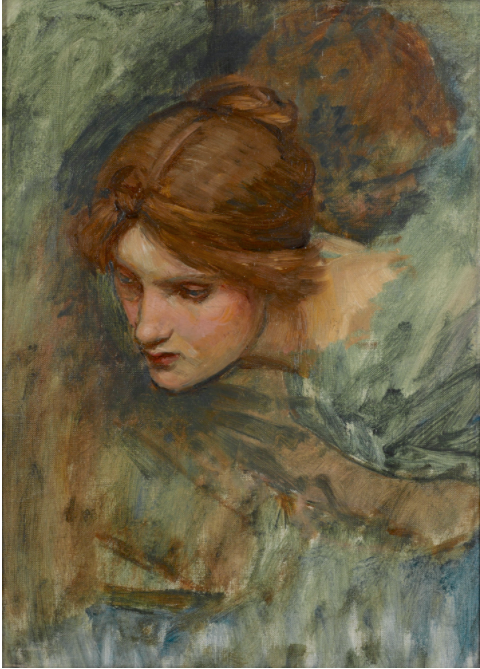 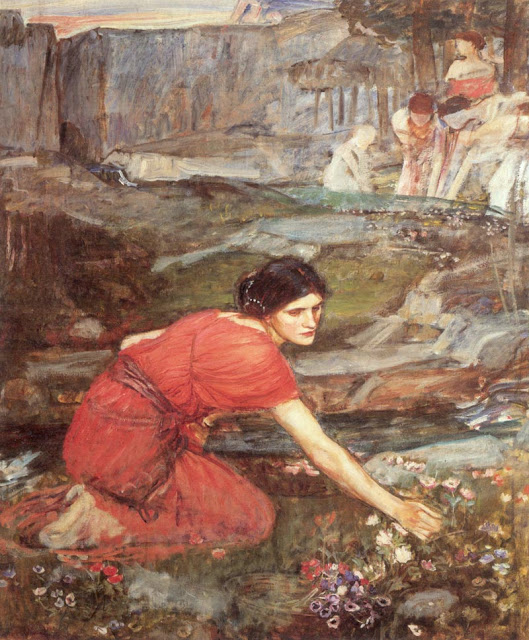 "Maidens Picking Flowers by a Stream" - 1911
This has the look of an unfinished painting rather than a study.  An Internet search turned up no other Waterhouse image of that title.
Posted by Donald Pittenger at 1:00 AM