Frank Schoonover (1877-1972) was a member of the Brandywine School of illustrators, having been trained by Howard Pyle.  His Wikipedia entry is here.

Schoonover is best known for his outdoors North American scenes.  I wrote about one of them here.

He painted more subjects than that -- even illustrators as well known as Schoonover need income.  One such project was creating illustrations for Edgar Rice Burroughs' "A Princess of Mars," the first in his John Carter of Mars series.

Burroughs is best known for his Tarzan books, and Schoonover's John Carter seems to resemble J. Allen St. John's depictions of Tarzan. I wrote about St. John here and here. 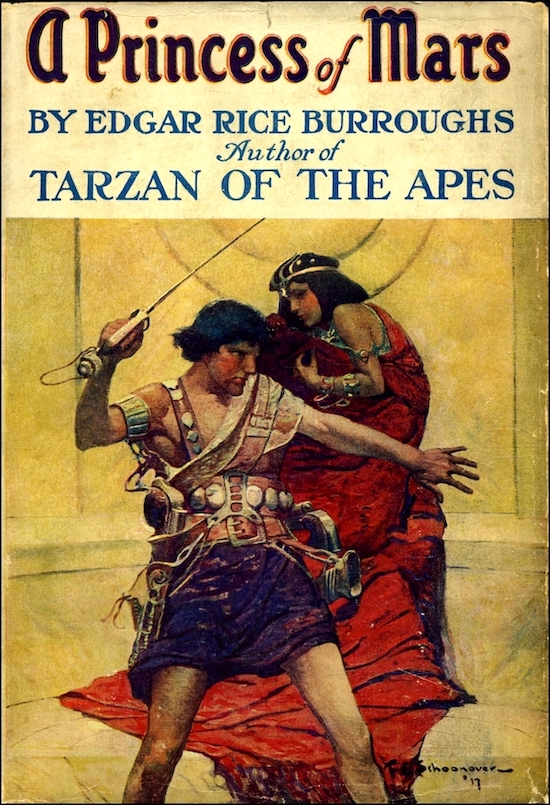 Here is the book's cover. 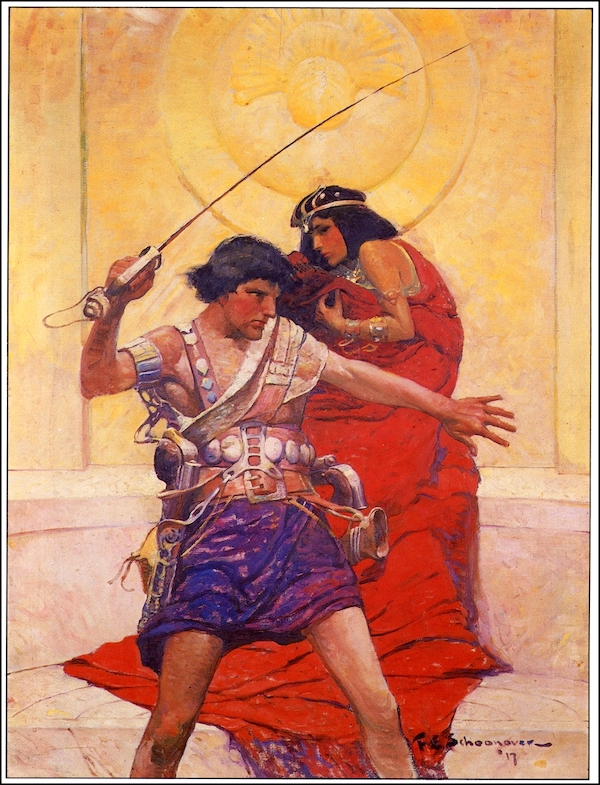 And this is Schoonover's cover illustration.  Carter's long hair strikes me as being Tarzan-like.  But his legs seem rather spindly for an athletic hero.  Dejah Thoris, the princess, has an Egyptian look. 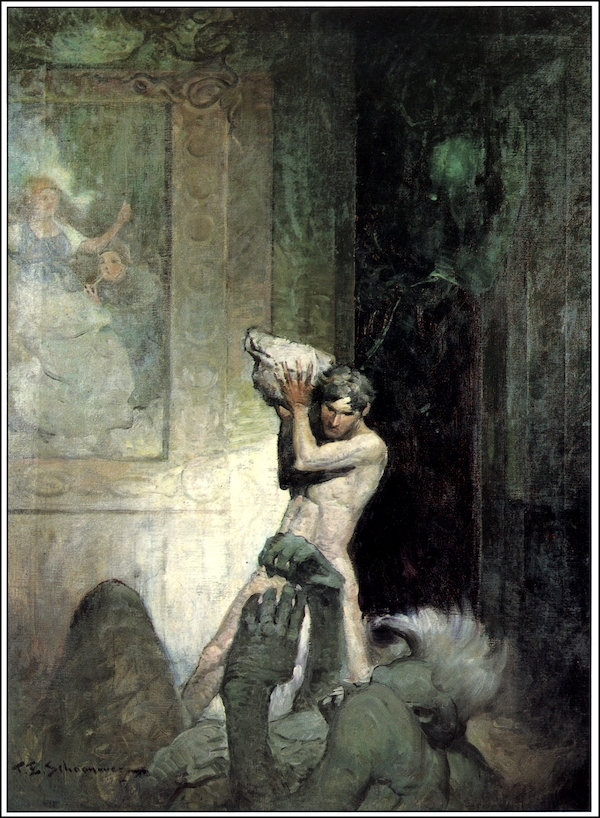 Presumably Carter on this arrival on Mars from a southwestern USA cave with strange fumes. 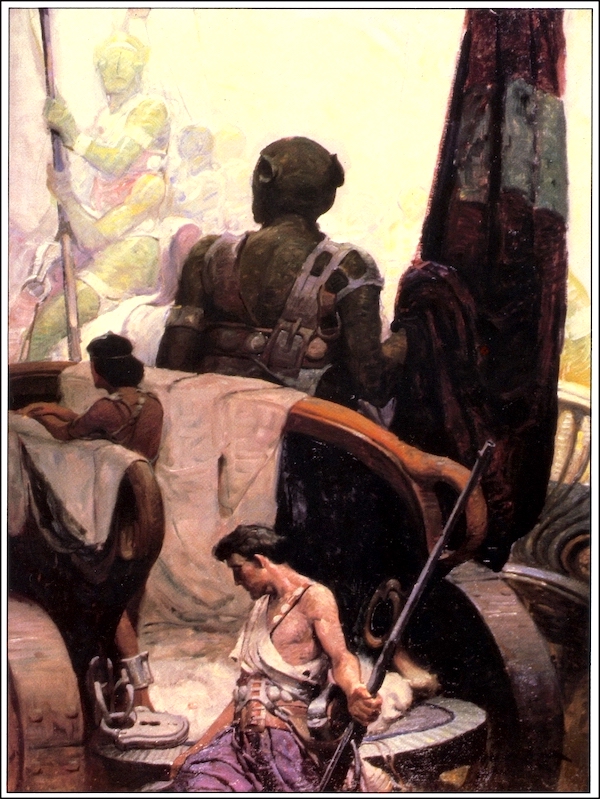 Some Martians such as Dejah Thoris were human, but others had four arms, as can be seen in the background. 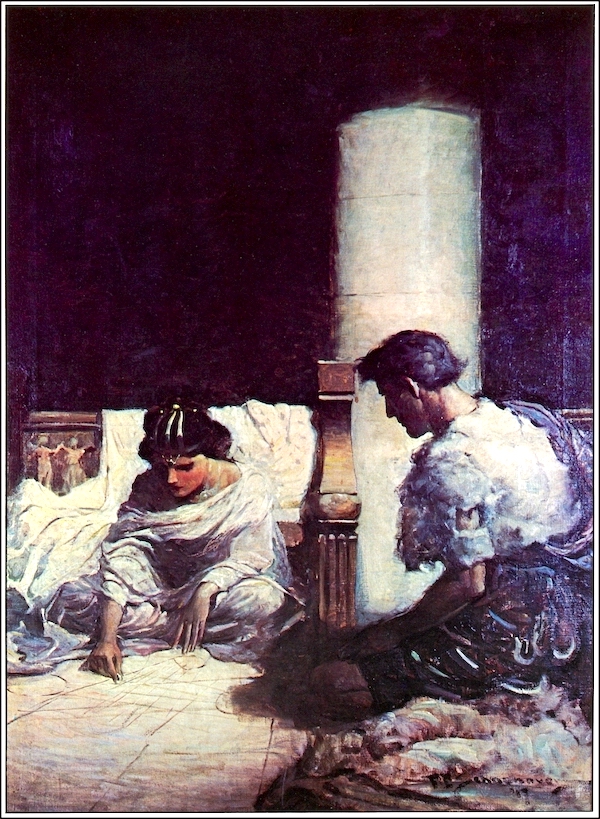 Dejah draws a map for Carter.  I find her arms unconvincing, but perhaps Schoonover needed to make adjustments in order to present the action.