Albert Henry Collings (1868-1947) is yet another British portrait artist appearing in this blog.  Given that I've written around 1,400 posts, I'm not willing to go back through them and make a count -- but I've posted about plenty of them.  Even in the age of photography, they somehow eked out a living despite all the competition.

There isn't much Internet biographical information on Collings, so his Wikipedia entry will have to do for now.

Collings' subjects seem to have been mostly women.  He painted non-portrait work, but the interesting examples I found are not quite safe for viewing in an office setting.  These can probably be found via an Internet search engine. 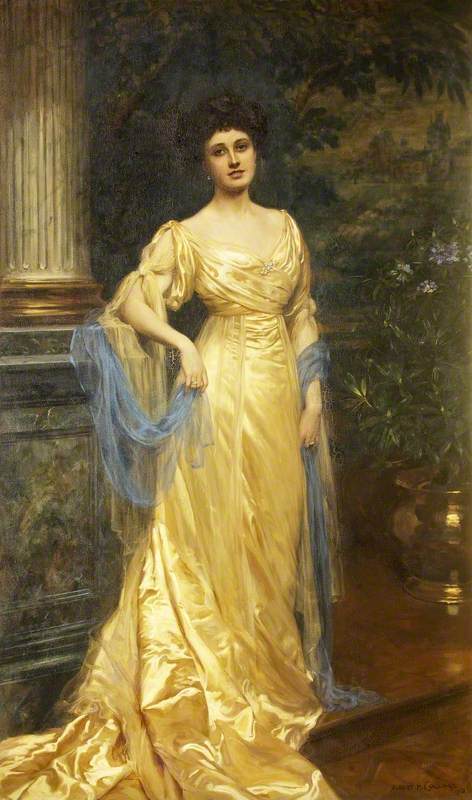 Victoria ('Via') Florence de Burgh Long, Lady Gibbs - 1908
This is the earliest painting I can document: he was about 40 at the time. 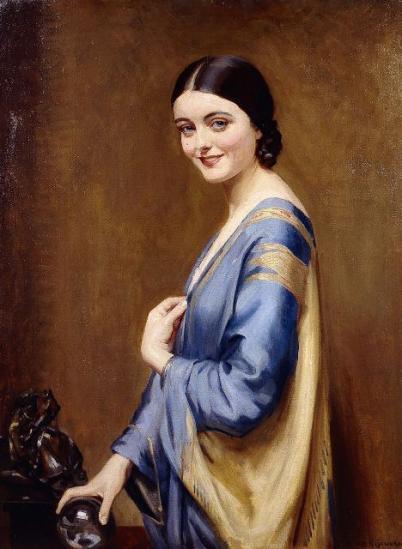 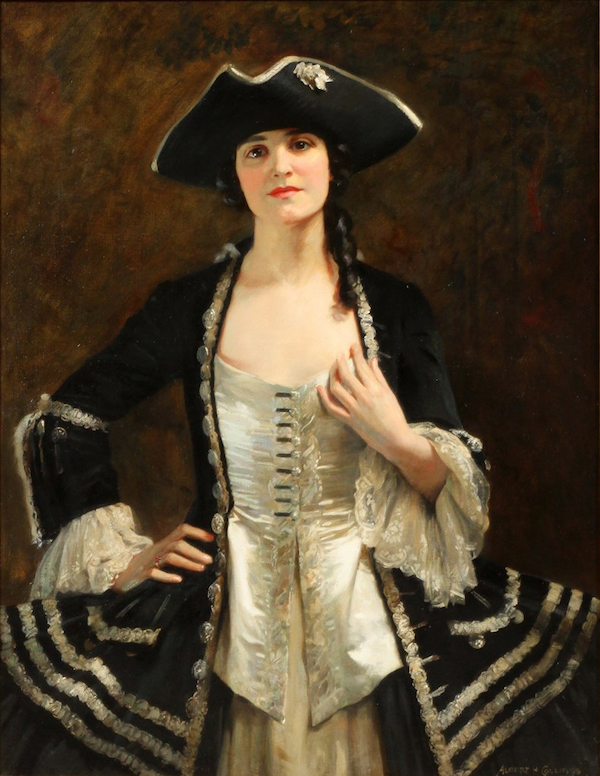 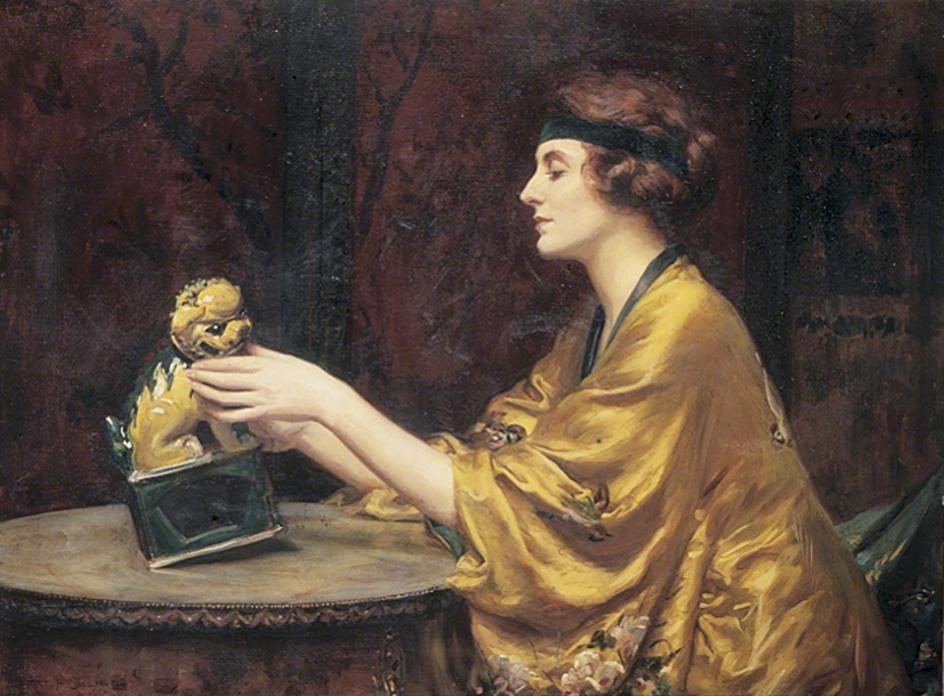 Kimono and Kylin - 1917
Women posing wearing kimonos was an artistic fashion in those days. 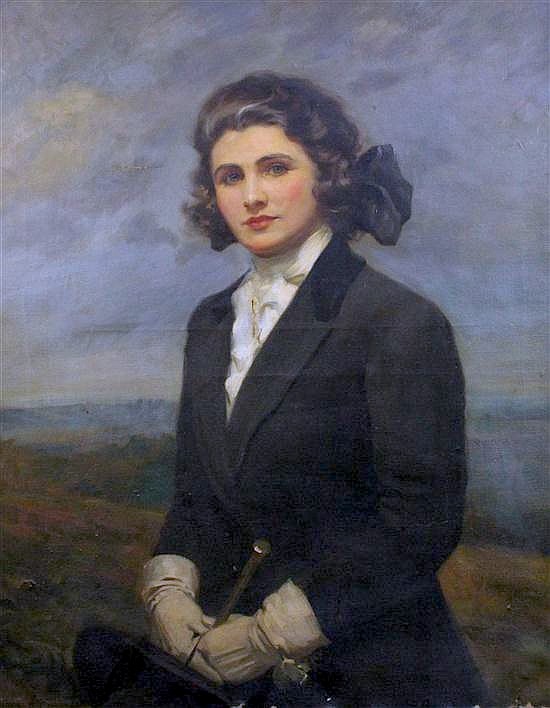 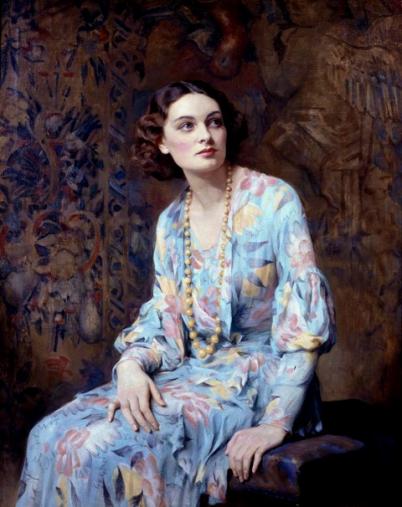 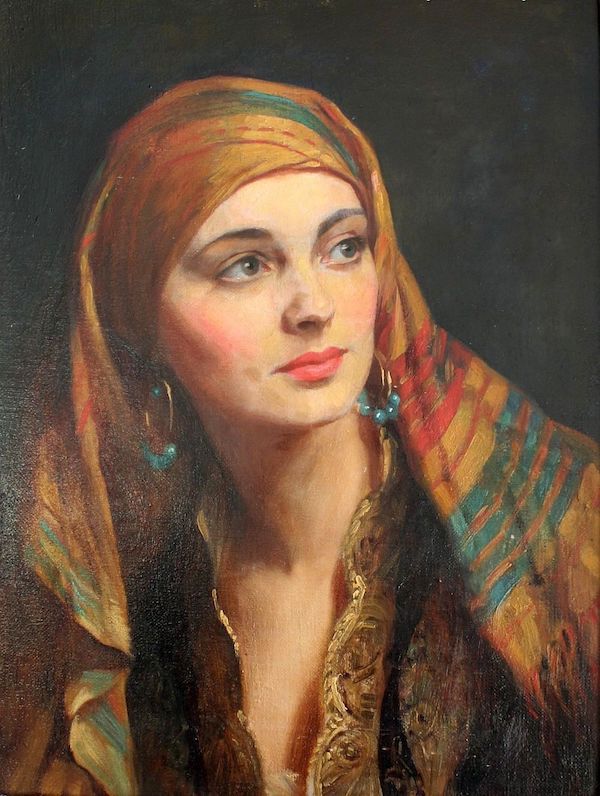 Yasmin
She modeled for Collings more than once.  I think she is the woman in the previous image and perhaps in "The Blue and Gold Dress" above.. 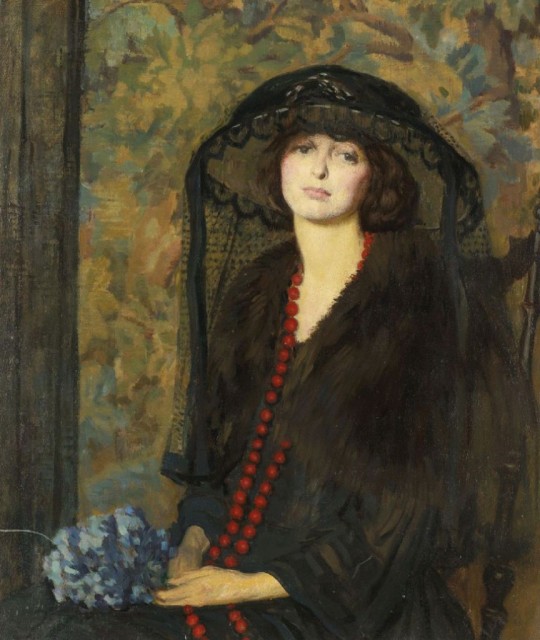 Woman with hat and veil
Might be a Great War widow, 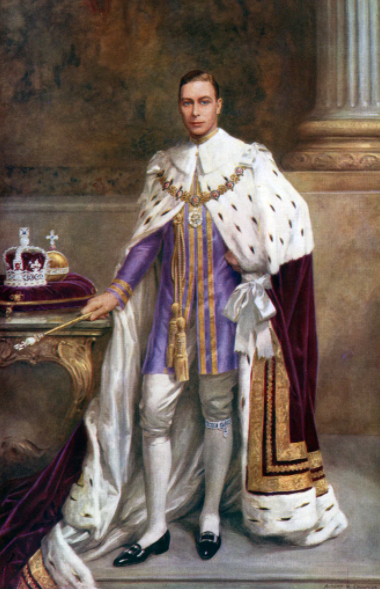 King George VI in Coronation Robes
A number of artists made similar paintings.  I'm not sure if His Majesty posed for Collings or if photographs were used.  The king's height seems slightly exaggerated. 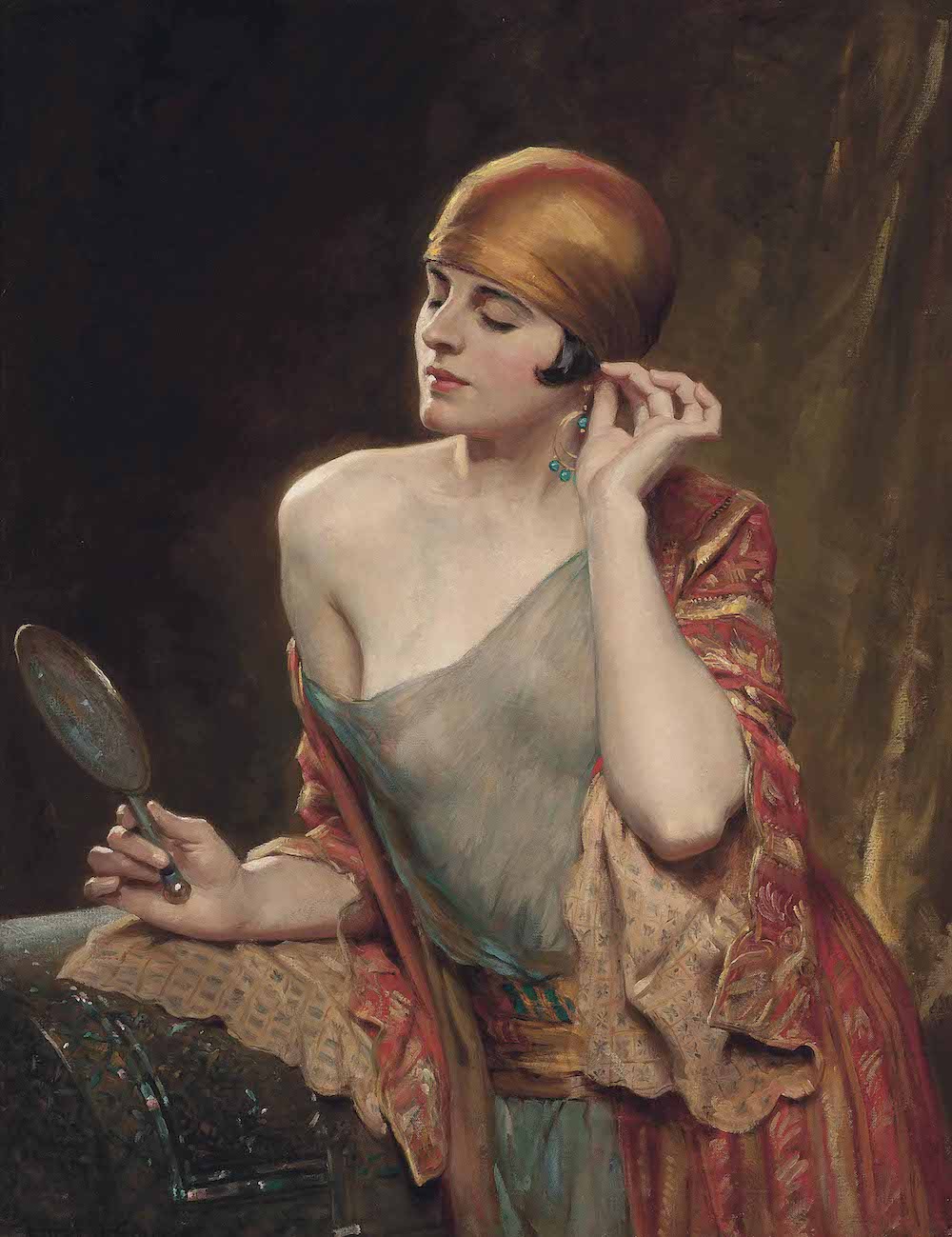 The Studio Mirror - 1929
Based on what Google image searches turned up, this might be Collings' best-known work.  The model might be Yasmin.