Victoria Eugenie Julia Ena of Battenberg (1887-1969) was Queen of Spain until 1931when King Alfonso XIII abdicated.  Her grandson Juan Carlos became King in 1975. Her Wikipedia entry is here.

Below are portraits of her painted by Philip de Laszlo (1869-1937 -- biographical information here).  He came from Hungary to become a leading British portrait artist.  Besides his portraits, I included two photos of the Queen for comparison. 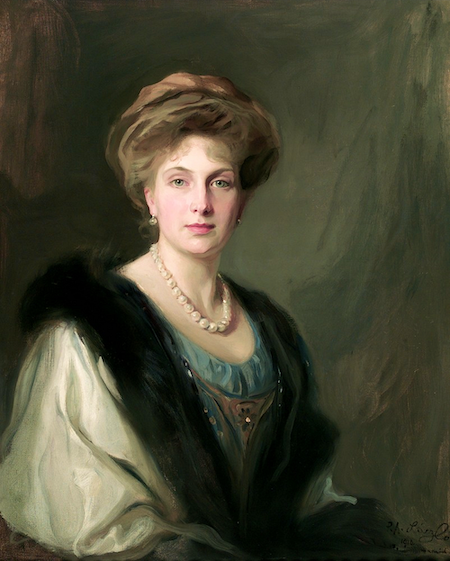 Painted in 1910, four years following her marriage to King Alfonso. 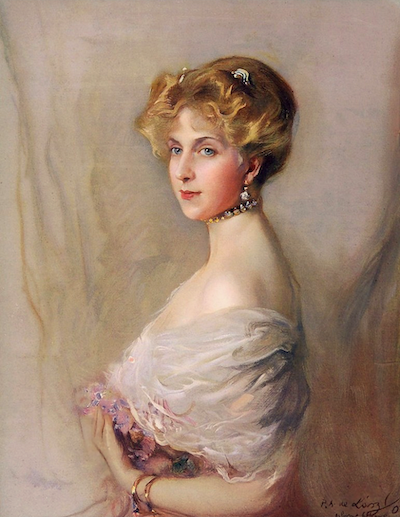 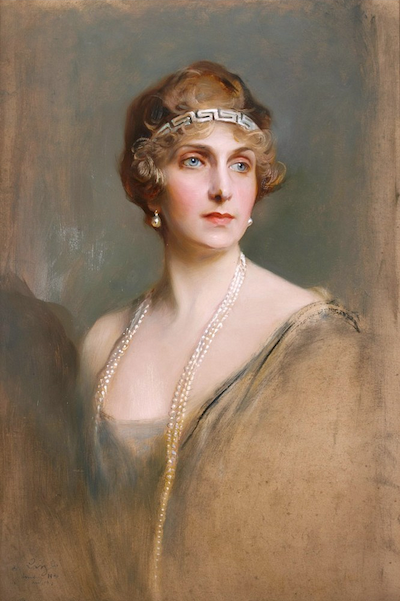 This painting is dated 1920.  She was in her early thirties and Laszlo didn't have to work very hard to glamorize her. 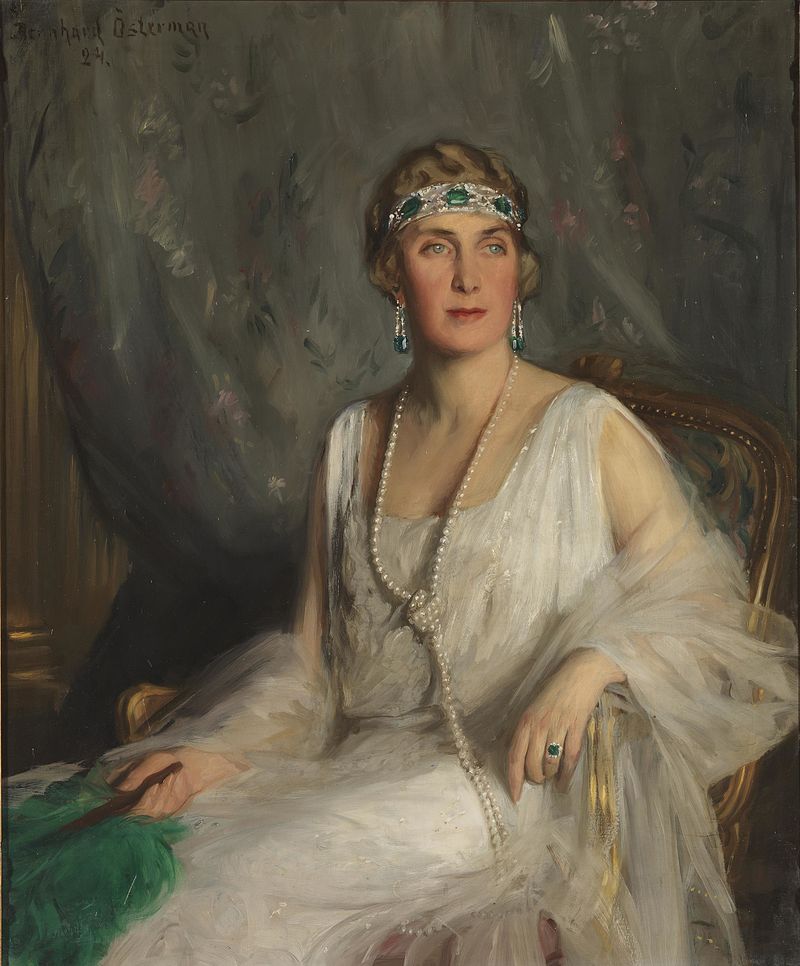 From around the same time.  This formal portrait was less glamorized. 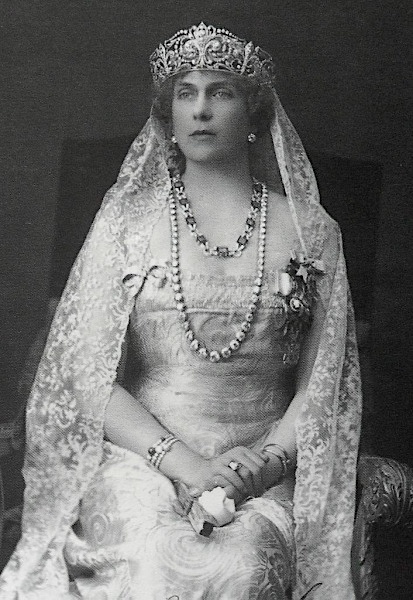 Photo of Victoria Eugenie from 1922. 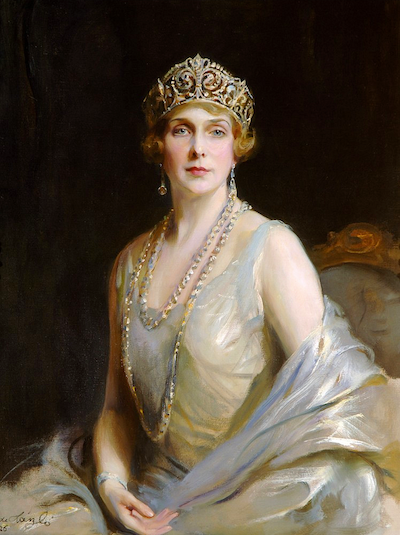 This was part of a series Laszlo painted of her, the King, and each of their children. 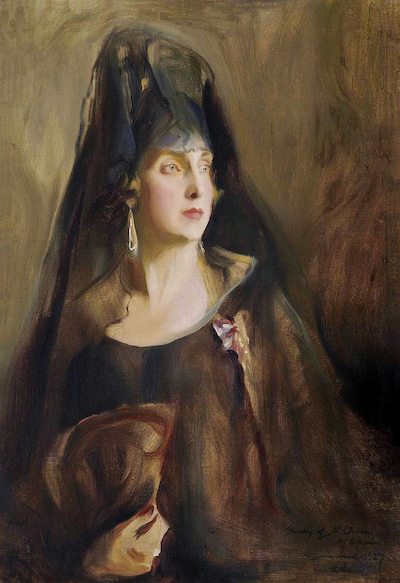 A 1927 sketch or study he made in preparation for the portrait below. 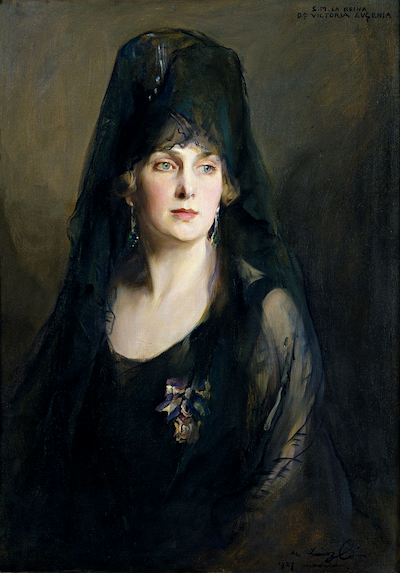 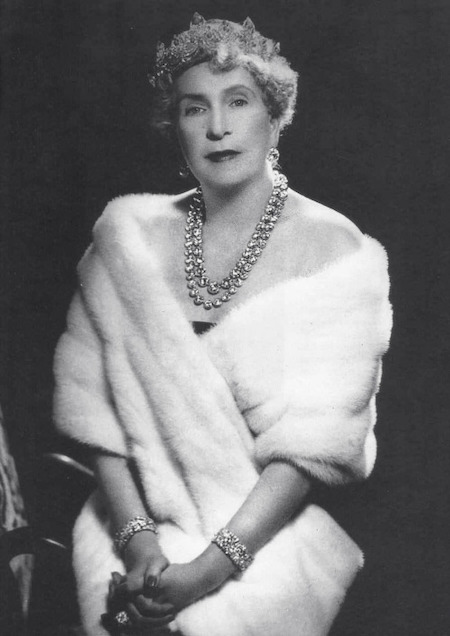