Giacomo Favretto (1849-1887) was prolific during his short career.  His Wilipedia entry is here.  I wrote about him here and here.

Favretto mostly painted genre scenes of his native Venice, as James Gurney discusses here.  A few times he painted the same setting; on one occasion the two paintings were nearly identical, as can be seen below. 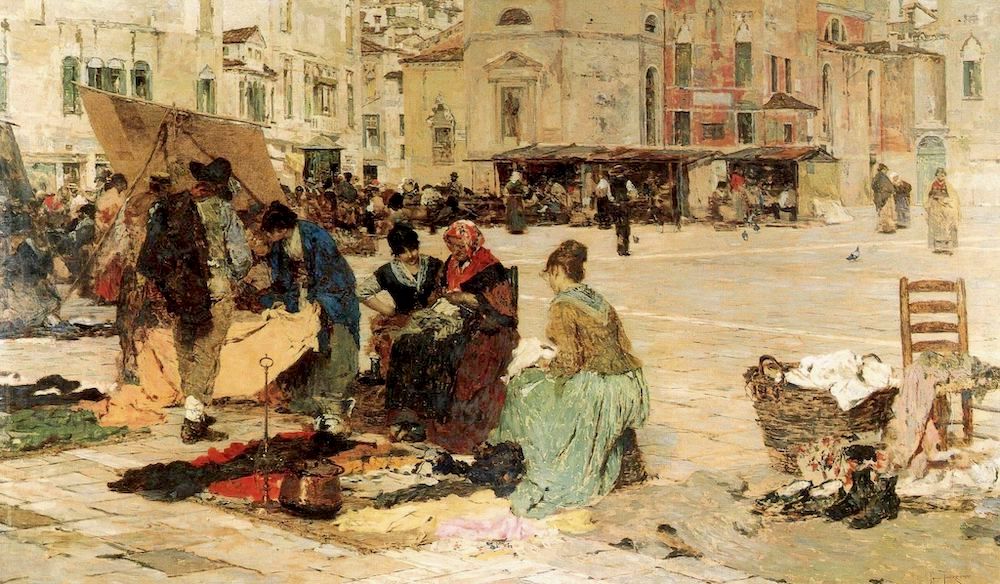 Mercato del sabato un campo San Polo - 1883
Saturday market at the main plaza of Venice's San Polo district.  Note the woman in the green dress and the background buildings above her. 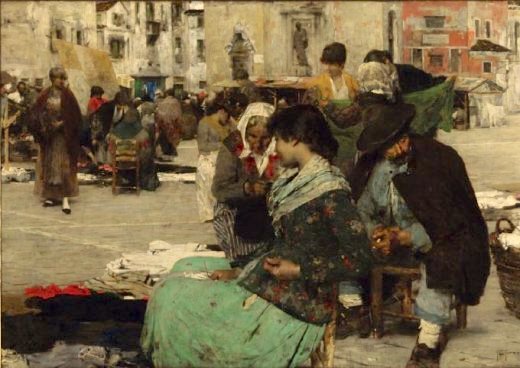 Al mercato - Mercato in campo San Polo
Although the hairdo is different, the clothing of the lady in the foreground seems the same as that of the woman in the green dress in the preceding image.  The background is seen in the same perspective as in that image.  Plus, the woman is in essentially the same position relative to the background in both paintings. 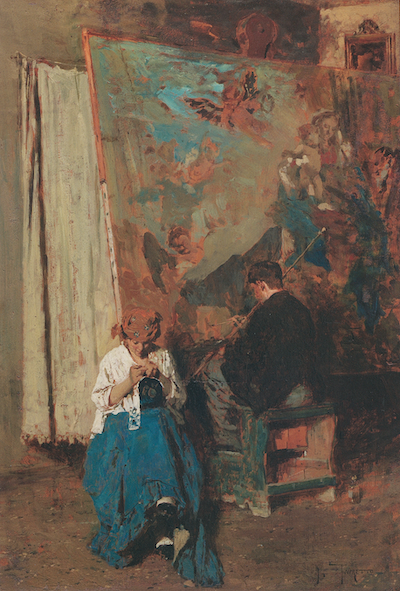 Un resauratore a Burano - c.1880
This painting and the one below are nearly identical. the most visible differences are minor details of the woman's pose.  Here, the title simply states that the painter on the island of Burano is restoring a paining. 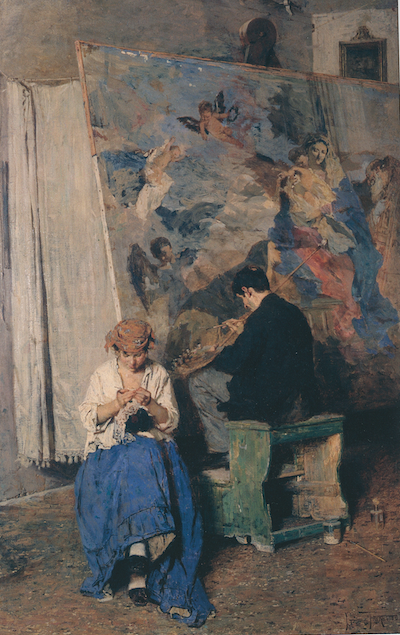 Vandalismo - Poveri antichi! - 1880
But his version's title calls the restoration vandalism and takes pity on the old painting.
Posted by Donald Pittenger at 1:00 AM