America's only major new post- World War 2 automobile maker was Kaiser-Frazer Corporation.  There were two brands: Kaiser, a lower mid-range car, and Frazer, an upper mid-range car.  Kaisers competed with the likes of Pontiac and Frazers with upper-range Oldsmobiles.

Frazer advertising was usually conventional.   But for the 1949 model year, it was given a set of unusual ads -- visually unusual for the times.

Rather than using photographs or representational illustrations of cars, this campaign featured sketchy watercolors that only hinted at actual appearance.  Apparently this approach did not work because Frazer did not repeat that theme, and it was not used by any other American car ad campaign in that era that I am aware of.  I should add that some Chrysler advertisements in 1948 featured paintings, but no car image -- just small depictions of parts of a car. 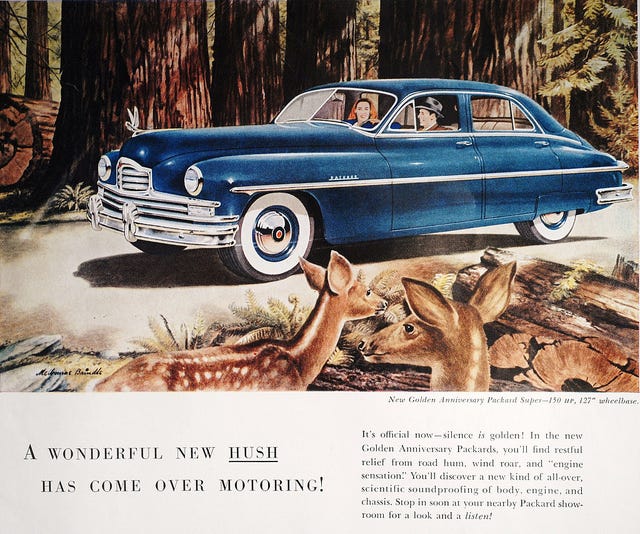 Here is a conventionally illustrated (for 1949) car advertisement.  The artist was the respected and prolific Melbourne Brindle. 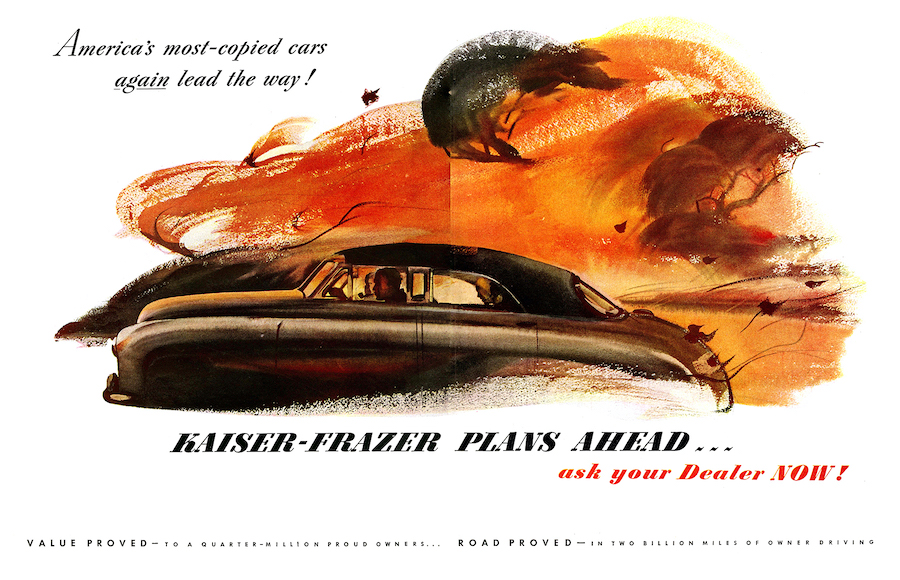 And here is a Frazer campaign style watercolor illustration, this for the corporation as a whole.  It is unsigned. 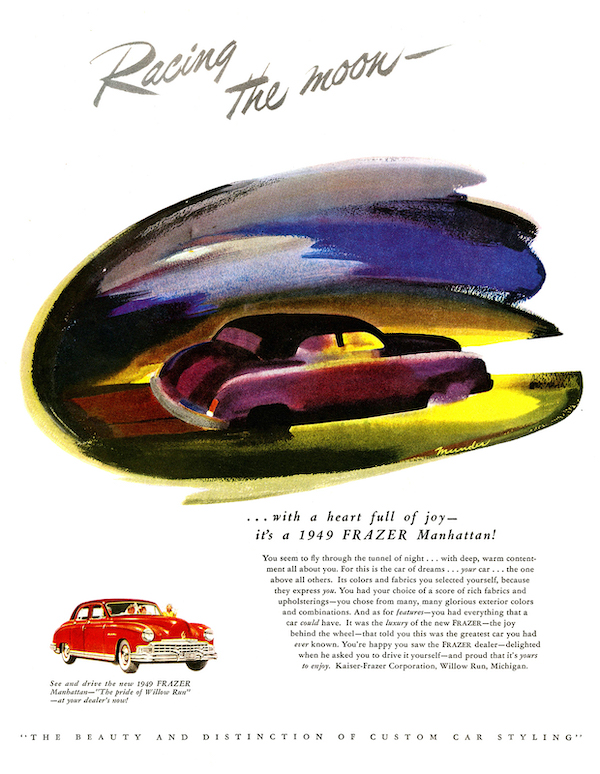 This a illustration is signed, though I can't make out all the letters in the signature. 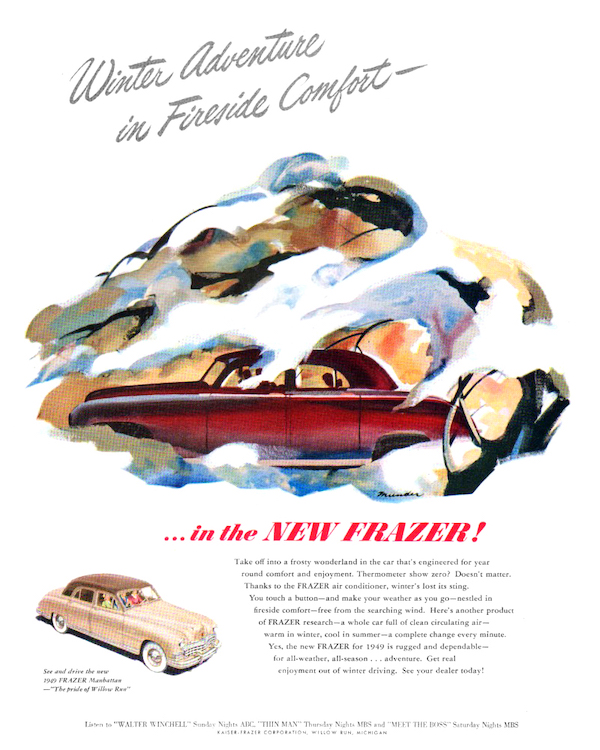 Another by the same artist.  I don't know if he was an illustrator comfortable with watercolor or was a watercolorist hired to provide an impression of Frazers. 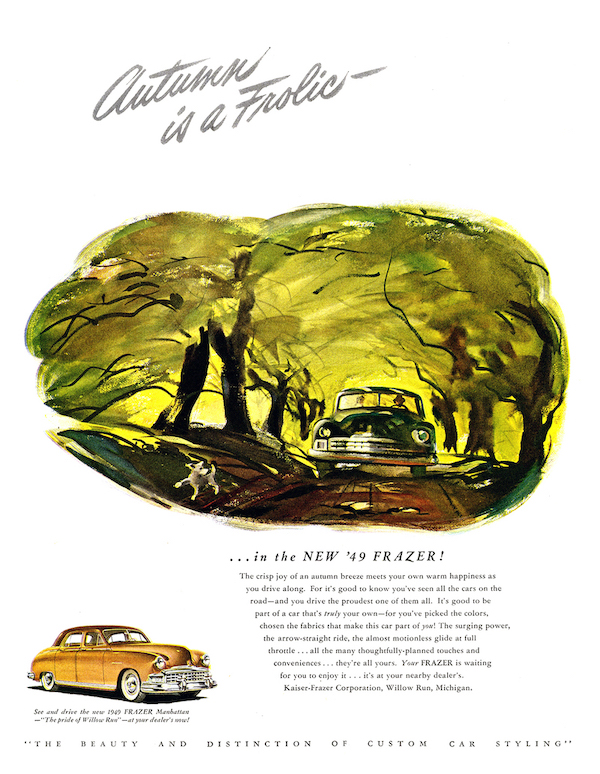 Another unsigned image.  Frazer ads did include small representational views of cars so that viewers might get a better idea of what was being advertised. 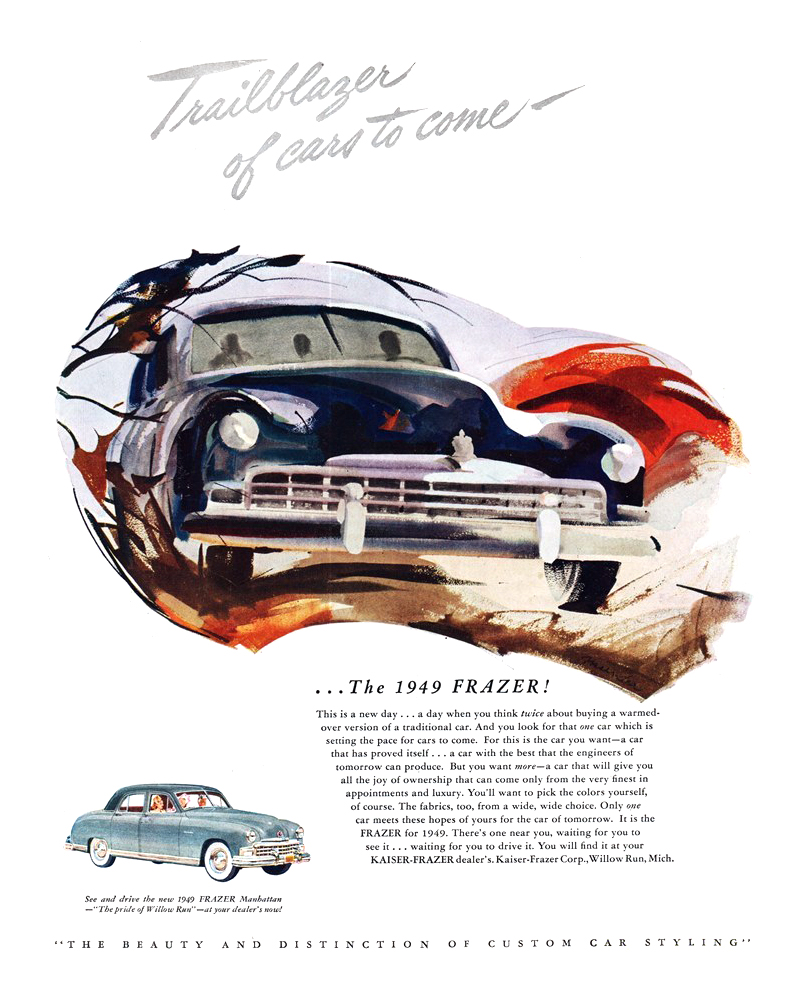 This comes close to depicting a Frazer realistically. 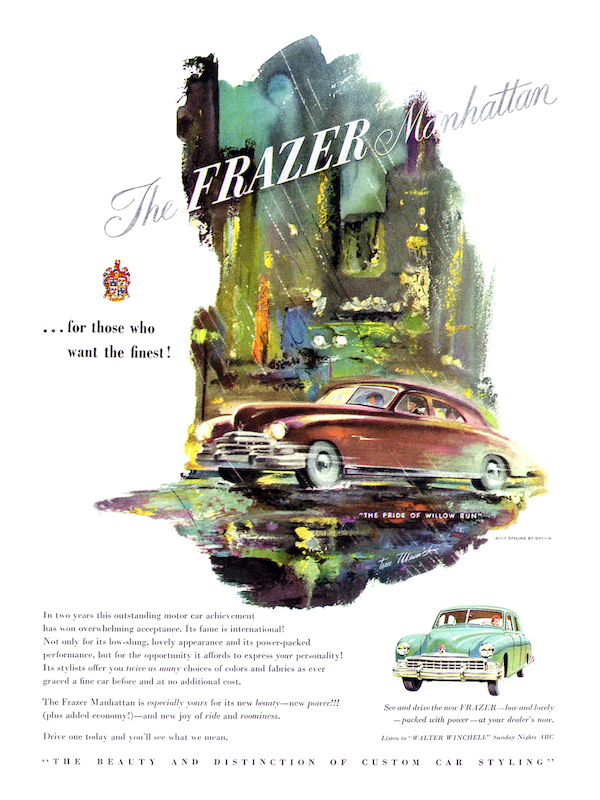 Slightly distorted, but such was common for illustrated car ads for many years.  The artist was Tom Warwick.  I could find nothing about his on Internet searches because his name is common, also relating to a place in England.  So again I don't know if he was an illustrator or a fine-art watercolorist.
Posted by Donald Pittenger at 9:16 AM