Bernd Reuters (1901-1958), Germen Wikipedia entry here, was the leading German automobile advertising illustrator from the mid-1920s until his death.  I wrote about his Volkswagen work here.  And I find it interesting that, between the wars, he made illustrations for most German car companies -- apparently it didn't bother their advertising managers that competing brands used him.

Early in his career, Reuters made some excellent non-automotive illustrations. Unfortunately, few survived both the effect of time and the massive destruction in Germany during World War 2.

Most of the images below are taken from a new book devoted to him ("Bernd Reuters - Wegbereiter der modernen Automobil-Werbegrafik" by Werner Schollenberger, Karren Publishing, 2021).

His automobile illustrations usually were made using airbrush, but his early non-car work seems to be ink wash or watercolor. 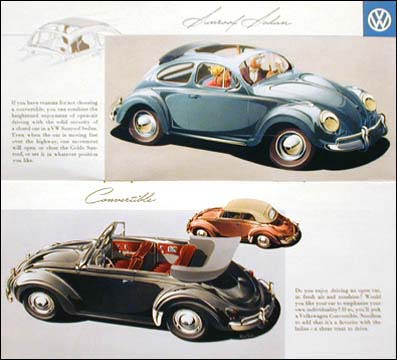 Reuters is probably best known for his postwar work for Volkswagen.  Above is a 1958 brochure page. 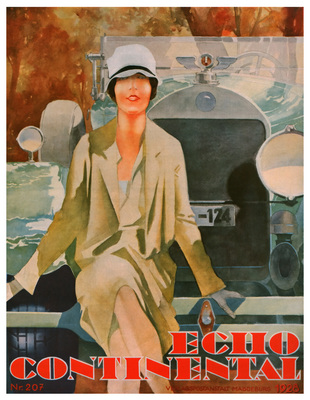 1928 magazine cover featuring a woman, the car is in the background. 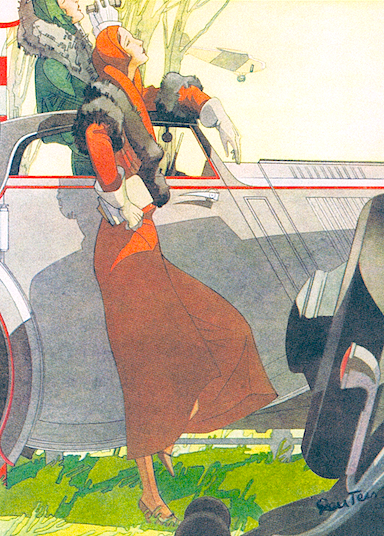 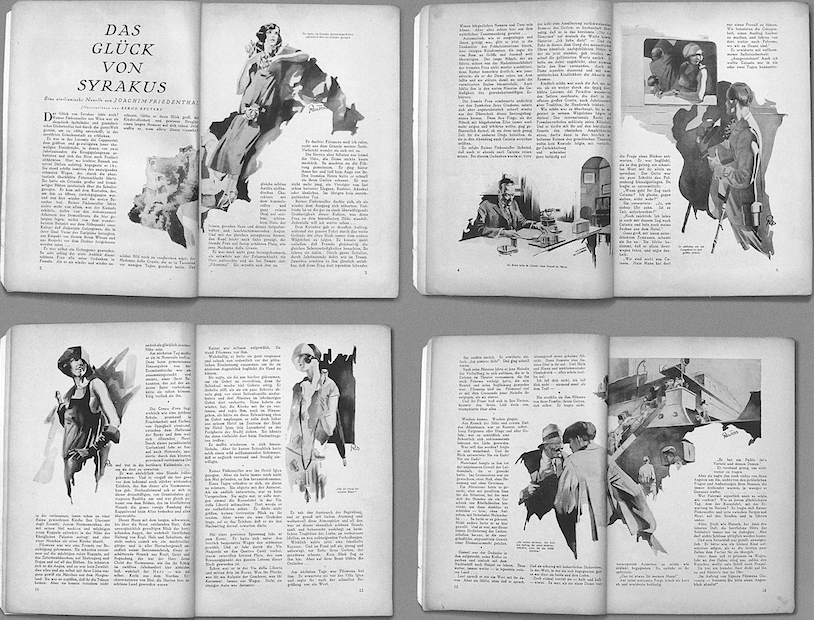 So far as Reuters' non-automotive illustration is concerned, here are pages from a 1926 issue of Scherl's Magazin for the story "Das Glück von Syrakus" (Happiness from Syracuse) by Joachim Friedenthal. 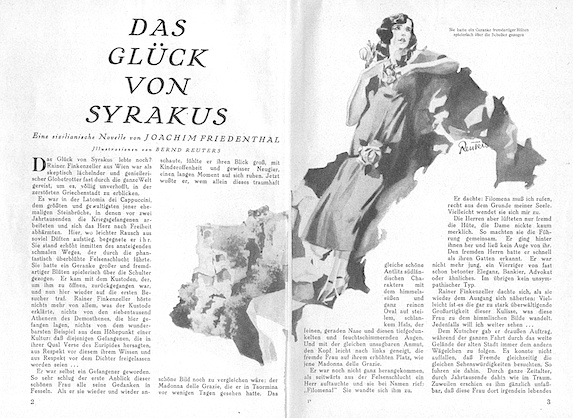 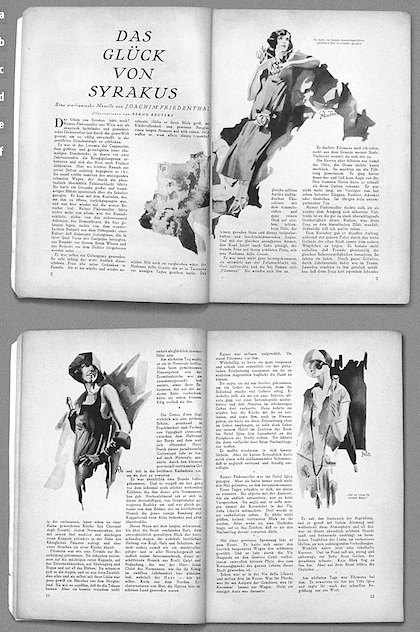 Closer view of pages 2-3 and 10-11.  The illustration on page 10 is particularly striking.  I wish I could find a larger version of it.
Posted by Donald Pittenger at 1:00 AM