Bernhard Wilhelm "Bernd" Reuters (1901-1958) is best known for his illustrations in Volkswagen brochures of the 1950s, the subject of this post. There seems to be little biographical information about him on the Internet, though here is his German Wikipedia entry.

Reuters, a year or so too young to serve in the Great War, began to hit his professional stride during the Weimar years with his clean, somewhat Art Deco style illustrations for various products. His reputation was sealed as a depicter of automobiles, working for many car makers. This seems unusual, given that to some degree brand imaging might become somewhat blurred with different brands using the same artist with his distinctive (though popular) style. Apparently Weimar German marketing worked a bit differently than here in the States.

Following World War 2 and the rise of Volkswagen in the late 1940s, Reuters began a five or six year run of producing striking, distinctive brochure images for the firm, some of which continued to be used following his death from a heart attack. Had he lived, it is likely that his VW career phase would have wound down during the 1960s as advertising illustration was replaced by photography.

The images below come from various sources including some scans I made from VW brochures in my collection. Click on them to enlarge. 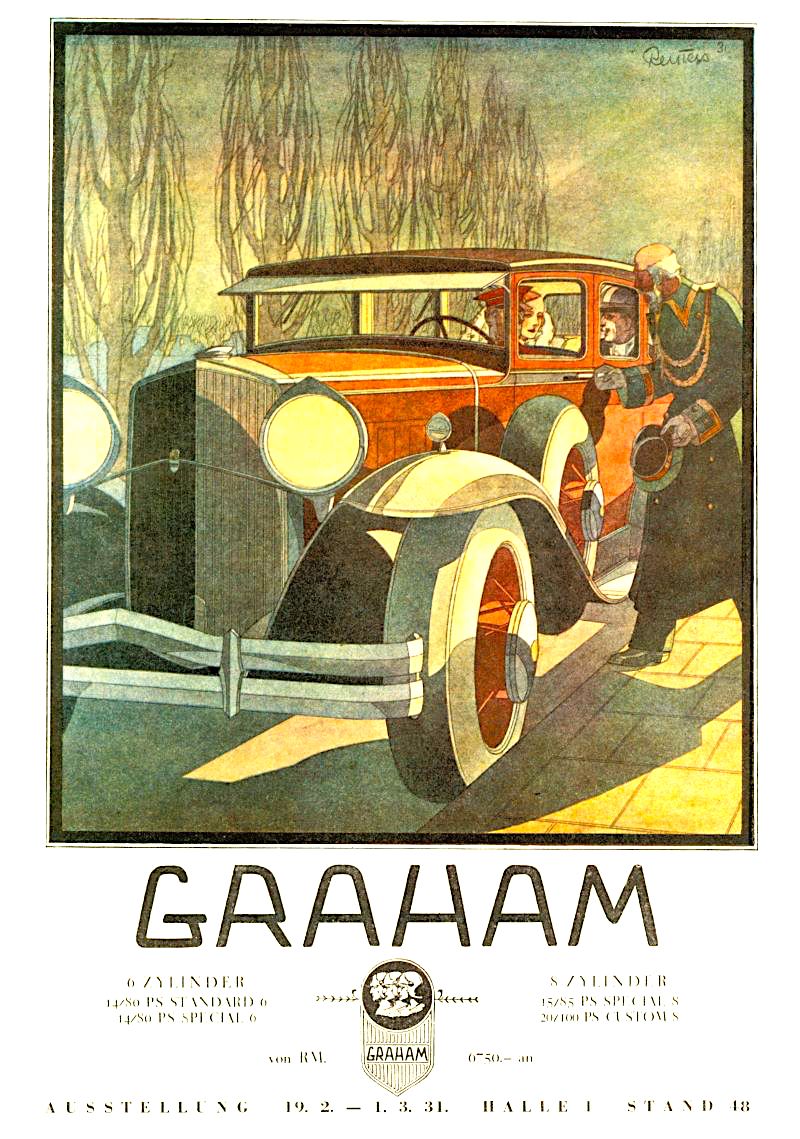 Graham, an American car maker, used Reuters to promote that it would have a stand at a German car show: 1931. 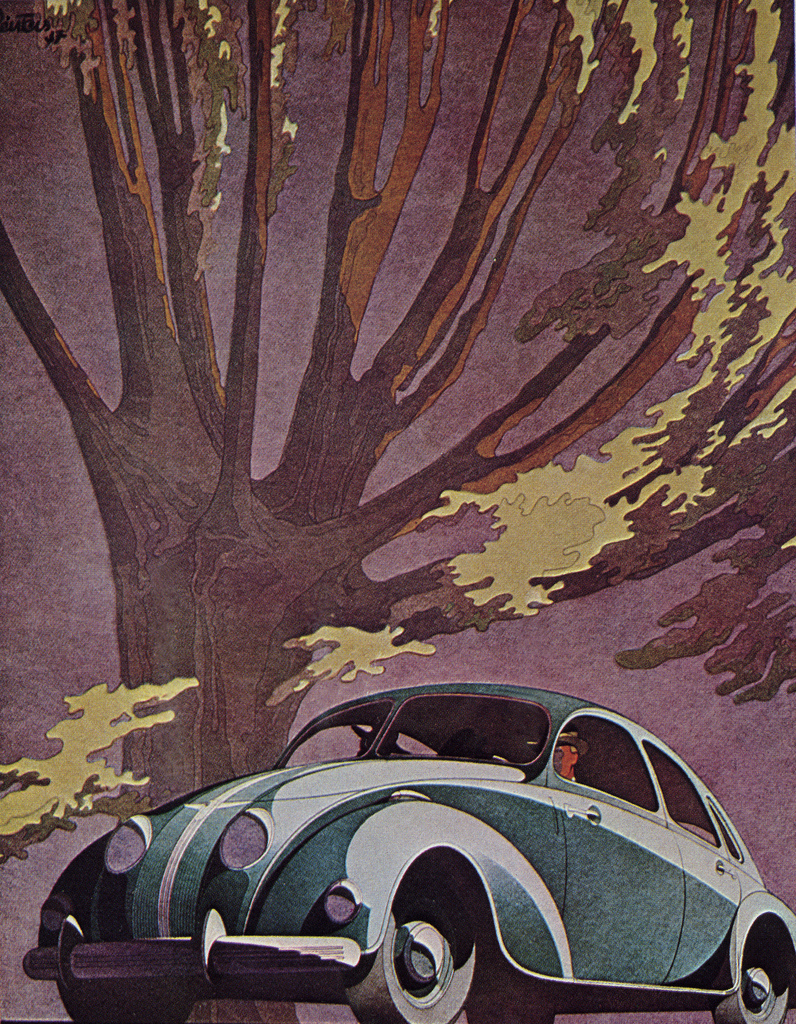 This 1937 illustration for Adler has the same spirit as his later VW work. 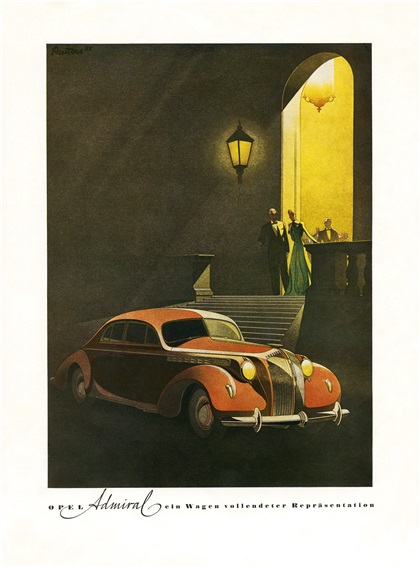 Volkswagen brochure cover from the 1950s. Below are scans from various VW brochures of mine. 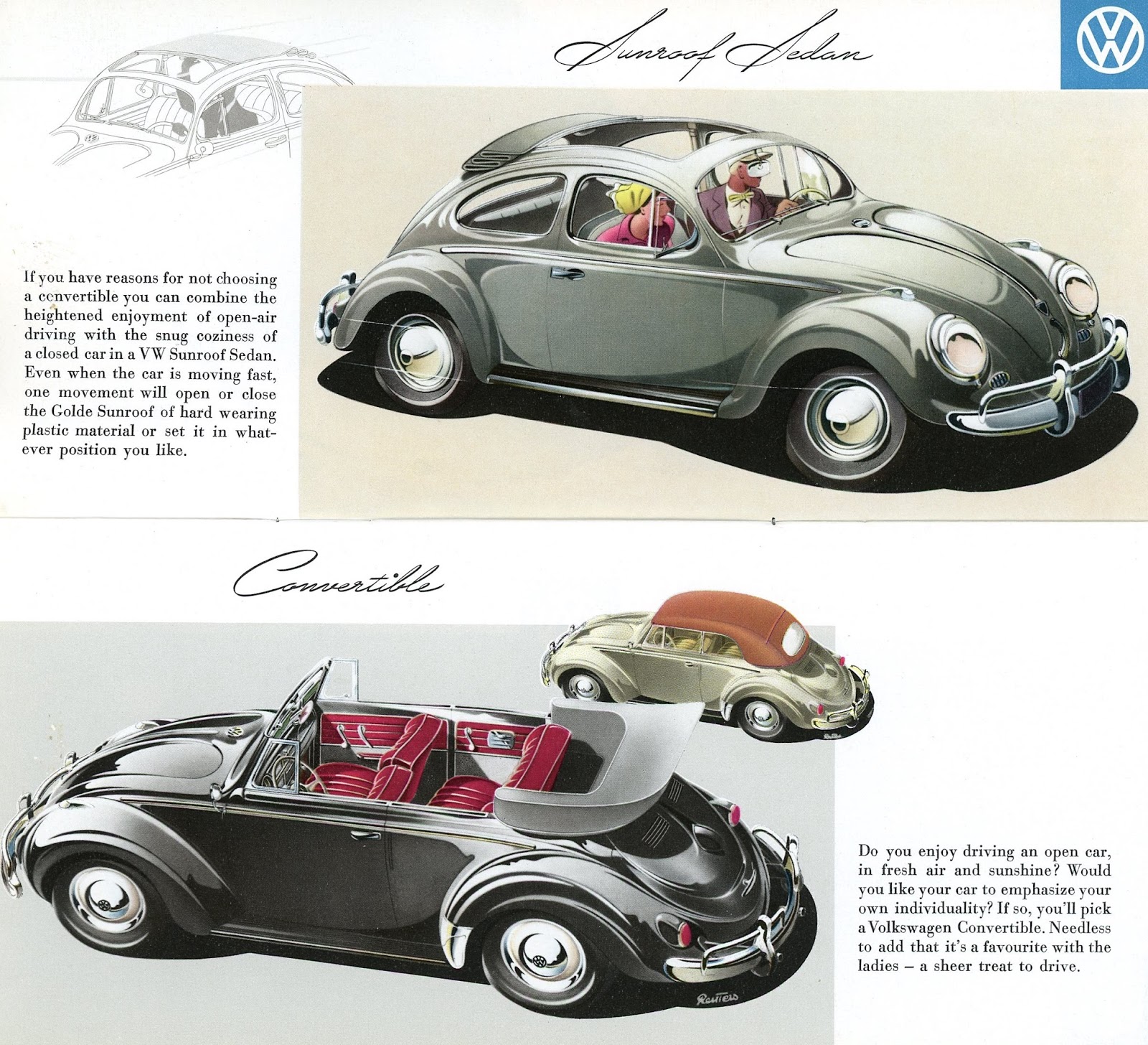 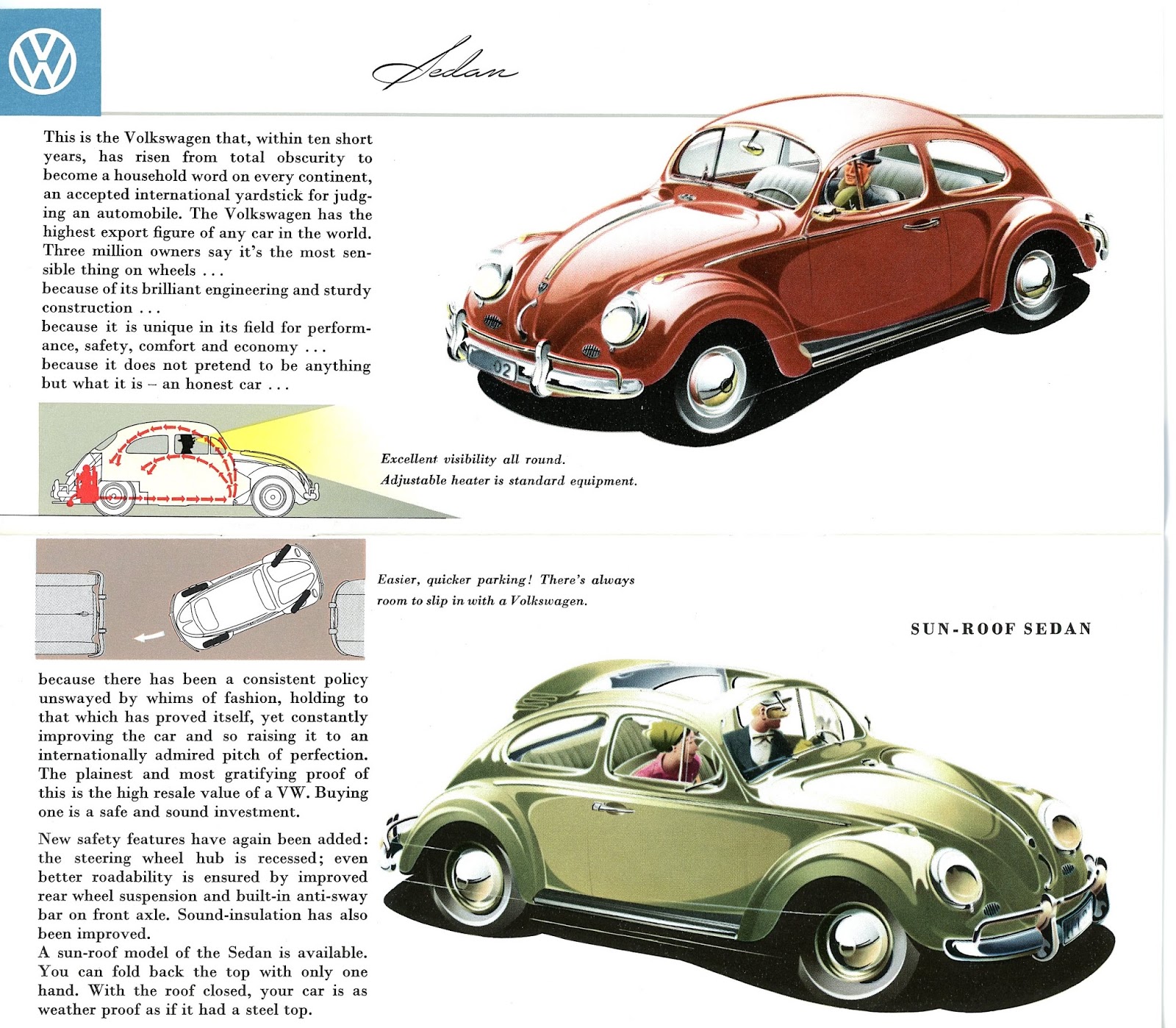 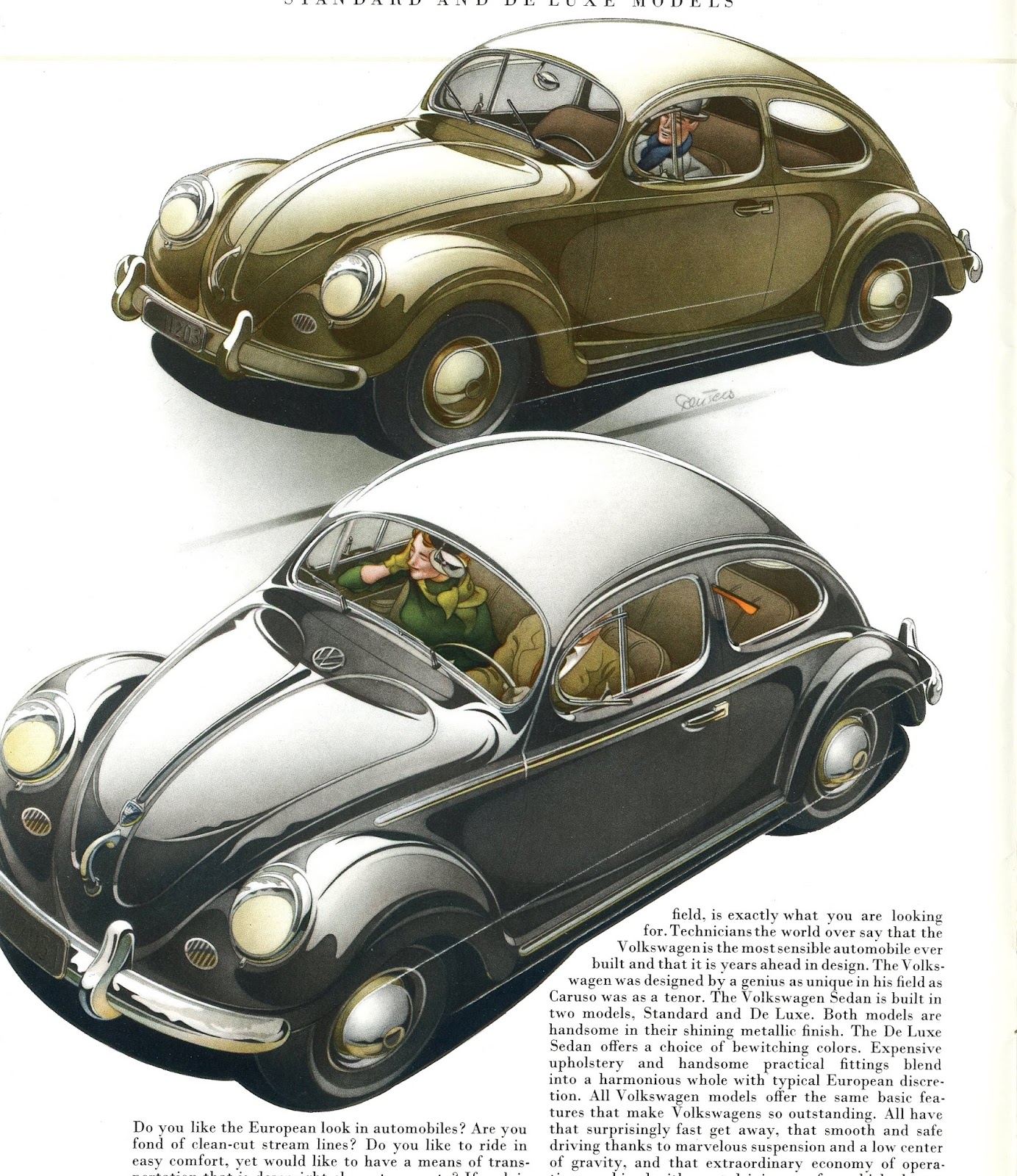