Watch This Designer Try Too Hard


I really should get around to writing about industrial designer Richard Arbib. But for now, I'll present a couple of his designs for wrist watches and make a few remarks about wrist watch design in general.

The period 1945-60 was an odd one in the annals of American design. A case might be made that cars sporting tail fins, Formica kitchen counter tops with squiggly, linear patterns and molded plywood chairs with spindly metal legs represent a daft era where our national characteristics shone through. Or perhaps it was a "whadda we do next?" phase following the design-purity (with lots of streamlining) public relations poses from the generation of industrial design pioneers. Whatever it might have been, Arbib contributed in spades.

A word about wrist watch design (I'll leave digital watches out of the discussion and stick to analog watches -- those with hands). Watch hands sweep in a circular motion, suggesting that the face of the watch should match this. On the other hand wrist bands, especially rugged ones preferred by men, are flat and basically squared off. A watch following that theme would therefore have a square or rectangular case. Between those extremes might be rounded-off rectangles, ovals and so forth.

Arbib, however, tried something very different in his work for the Hamilton watch company. Something very wacky 1950s. 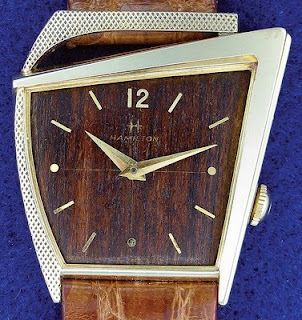 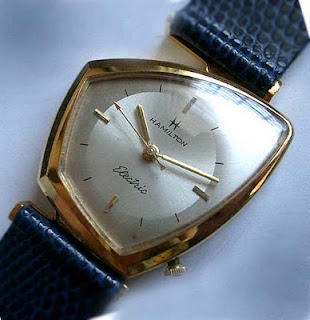 Hamilton Altair Electric
Arbib's designs are, well, distinctive. But totally at odds with either the hand-sweep or the watchband. He was involved with styling Hamilton watches for the better part of a decade, so presumably sales were acceptable. I think they look awful and apparently others agree because most watchmakers have avoided such styles for the past 50 years. 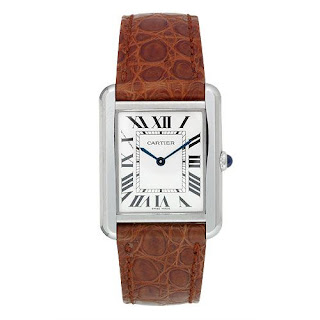 Cartier Tank Solo
The "tank" design, dating from the Great War, is a popular example of design that favors integration to the band over honoring the sweep. 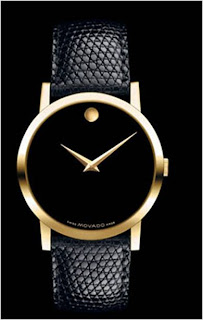 Movado Men's Museum Watch
Movado made its fame with ultra-purist sweep-oriented designs such as this. Actually, style trumps functionality here too; the absence of hour indicators requires the owner to guess the time -- and often be off by a minute or even more. 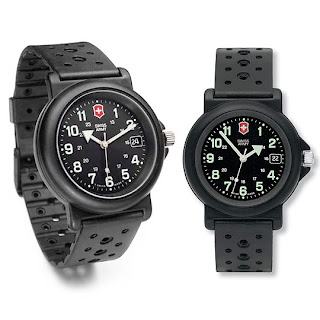 Swiss Army "Renegade"
Confession-time. This is the watch I've been wearing for more than 10 years. Not the same one, actually; I buy a new one every three years or so when I figure the battery is about to fail.

Advantages: It's electronic and so keeps good time. It's not very expensive, currently still selling for less than $150. The hands, hour marks and numerals glow in the dark which make it handy for checking the time while in bed at night. The face cover almost never scratches. While it isn't classy like a Rollex, it looks nice. Disadvantage: The band grooves and holes start to clog after a few months use.

Posted by Donald Pittenger at 5:06 AM

You buy a new, almost $150 watch, rather than replacing the battery?

jic -- Problem is, that type of watch has to get shipped off to a specialist for battery replacement; takes it out of action for a week or two. This has to do with proper sealing -- so there's no little twist-off lid like a Swatch has.

What I now have is a stockpile of watches, so next year I'll send one of them off for a new battery while the current one's still working.