Edward D. Cartier (1914-2008) was an illustrator who specialized in science-fiction. I saw his work fairly often as a budding teenager during the era when sci-fi magazines had largely abandoned their pulp heritage and were appearing in digest or semi-digest format with better quality paper. By the time I reached my twenties I'd drifted from short-story sci-fi in magazines to paperback novels and Cartier faded from my view. That was quite a while ago.

So it surprised me to learn recently while exploring the Internet that Edd (he combined the "Ed" from his given name with his middle initial to derive his professional monicker) died fairly recently after attaining an old age riper than most of us can expect. He rated an obituary in The New York Times that provides a decent amount of detail regarding his life (link here).

As the obit notes, Cartier saw combat in Europe. He was badly wounded in the Battle of the Bulge (earning a Bronze Star along with the Purple Heart) and further wounded during medical evacuation. This didn't affect his wryly humorous take on bedrock components of science fiction illustrations of the day: spaceships, alien monsters, gorgeous women and the heroic men who save them from whatever fate authors could dream up.

Contrast this with illustrator Gilbert Bundy who, I as mentioned here, could not shake off his combat zone experiences and eventually killed himself.

The market for science fiction was not large when Cartier was active in the field, so he eventually found himself day jobs and, so far as I know, continued sci-fi on the side. Very sensible.

Below are examples of Edd Cartier's work beginning with one of his pulp mag illustrations for a Shadow story before World War 2. 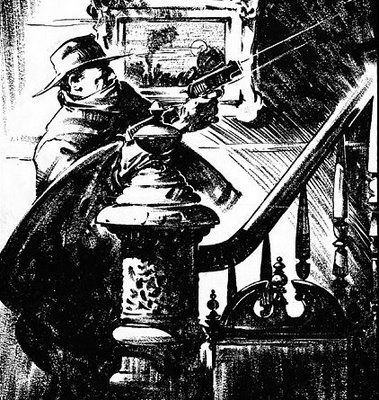 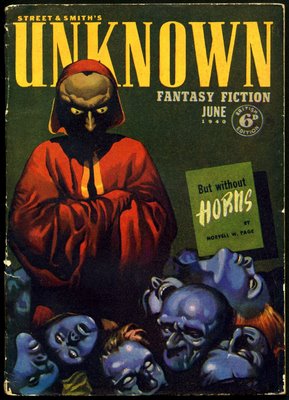 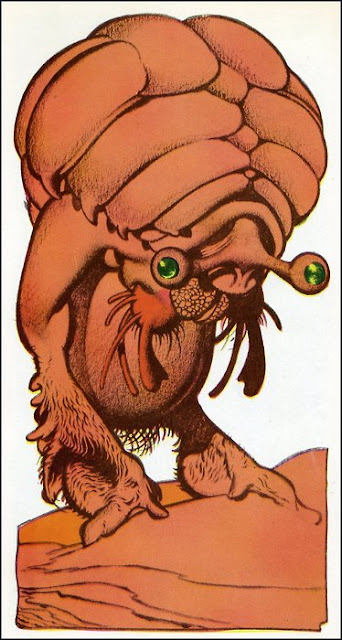 An example of Cartier's alien species. 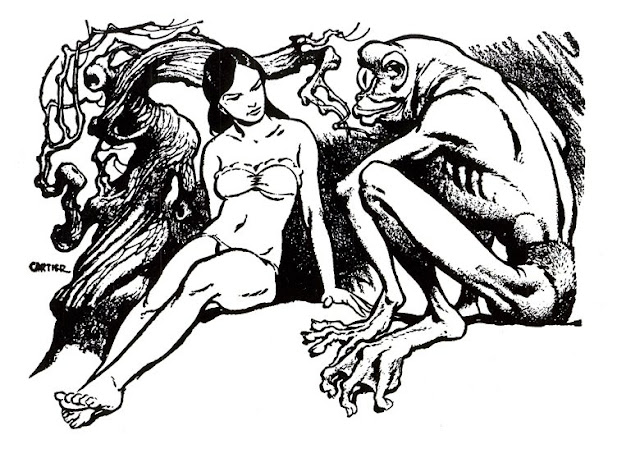 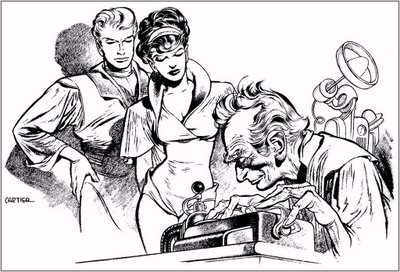 Mad scientist? Or just an old techie slaving over an even older adding machine? 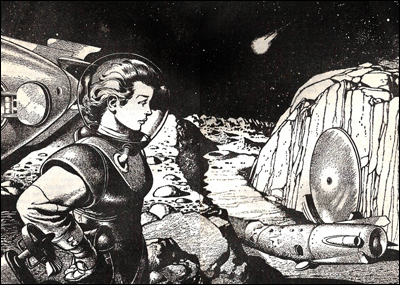 I really should do a comparative analysis, but for now I'll go with my gut feeling that Cartier had more ability than almost any other sci-fi magazine illustrator active in the 1950s.