Sex and Sanctity: The Temptation of St. Anthony - 1


St. Anthony was a hermit who lived around the year 300, abandoning his money and possessions to take up a life of self-denial for the sake of living as Jesus suggested.

While in the desert he was supposedly afflicted with torments and temptations to abandon his self-imposed lifestyle. Among those temptations were women because, apparently, Anthony had denied himself the pleasures of the flesh along with other features of normal life.

This subject proved to be catnip for many artists because they had the theme of extreme piety with which to wrap images of lovely, usually naked women.

There are lots of paintings dealing with St. Anthony's temptation, so here is but a sampling. 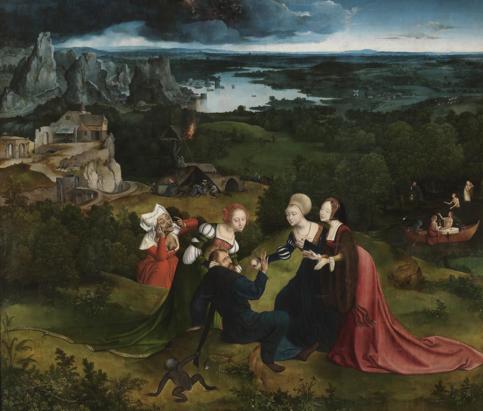 By Joachim Patinir (figures) and Quentin Massys (landscape) - 1515-22
This is a pretty early depiction of St. Anthony being tempted. Note that the temptresses are clothed. 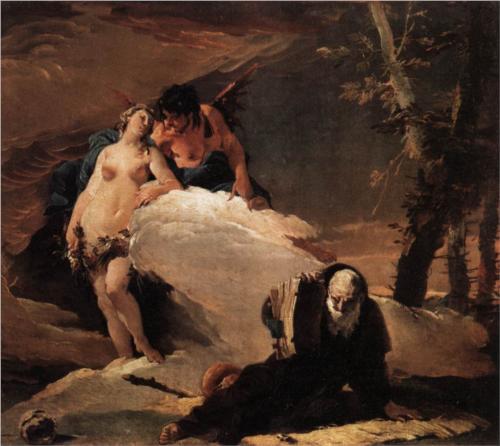 By Giovanni Batista Tiepolo - before 1750
By the time of the great Tiepolo, showing nudity was okay. 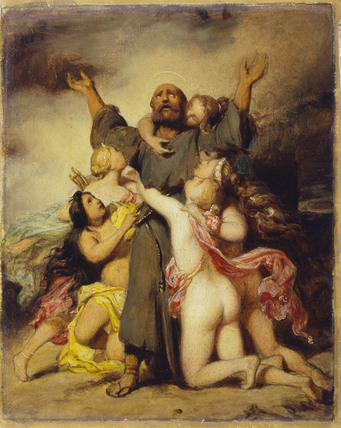 By Paul Delaroche - c.1832
Delaroche has the the gals really ganging up on the poor saint. 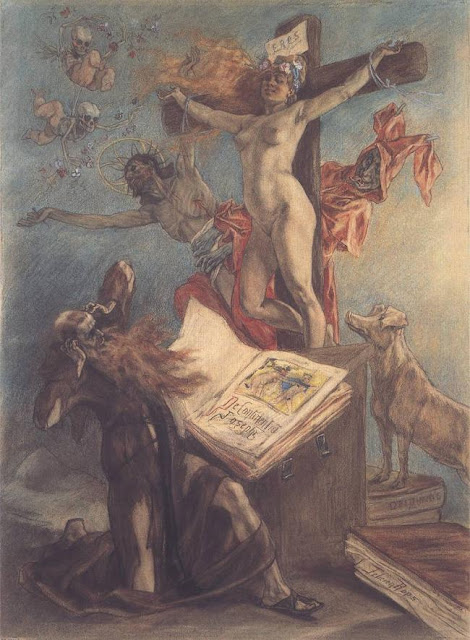 By Félicien Rops - 1878
Rops took the risk of having a lively cross-bound woman as the key temptation with the crucified Christ and the devil on either side of her. 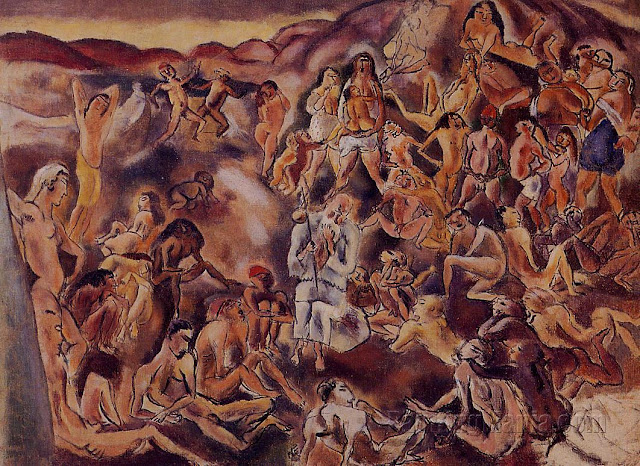 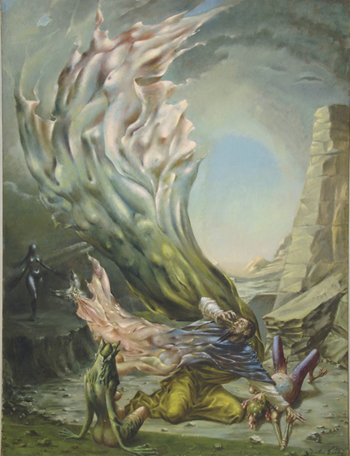 By Dorothea Tanning - 1945
Tanning, who died a few weeks ago at age 101, was a borderline surrealist and gave the scene a surrealistic cast. 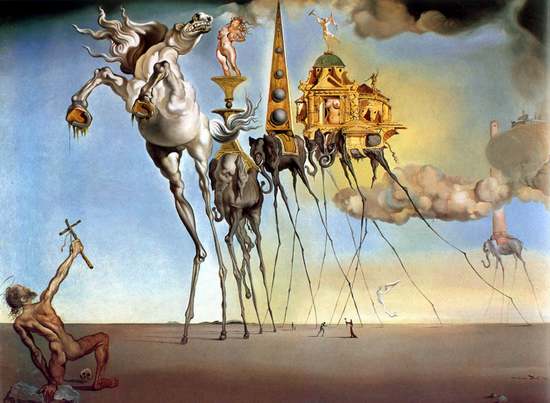 By Salvador Dalí - 1946
Dalí, being Dalí, threw in a bunch of personal symbolism. And yes, there's a nude woman someplace. 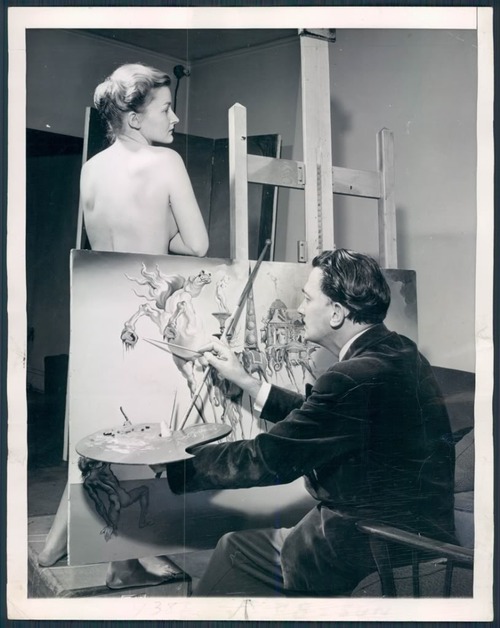 Photo of Dalí at work on the painting
This obviously staged photo shows Dalí supposedly working on the painting shown above. True, here is a nude blonde model, but her pose is not what's in the painting. In any case, Dalí has already painted the nude, so why is the model still standing around? 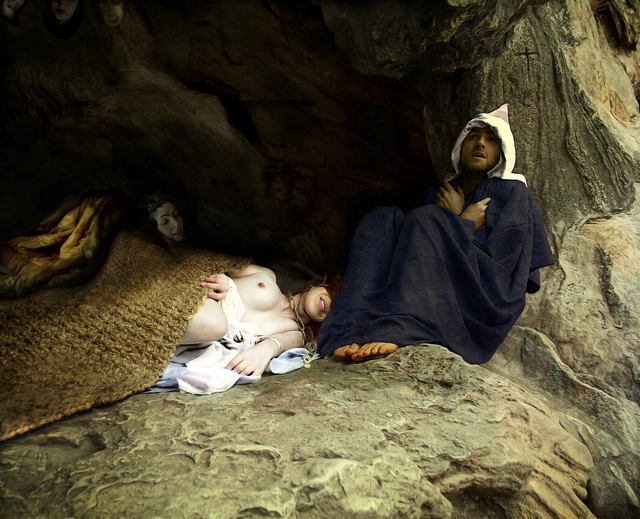 By Domenico Morelli - 1878
The other images are in approximately chronological order, but I saved Morelli's for last because (1) I like it best and (2) I saw it a few years ago in Rome's Galleria Nazionale d'Arte Moderna.

In the following post I'll deal with some painters who liked the subject so much that they did two versions of St. Anthony's temptations.

UPDATE: Please note the discussion in Comments regarding the Morelli image which seems to a photographic imitation of the actual painting.

Posted by Donald Pittenger at 1:49 AM

Anthony -- I see the difference. Close enough that one couldn't tell without a side-by-side comparison. Plus, it's been several years since I saw the original, and memory of details does fade.

I appreciate the heads-up. Since the post is now fairly old, I'll leave it to this comment thread to document the problem.