Marcello Dudovich (1878-1962), despite his Slavic last name, was Italian, having been born in Trieste. But then, Trieste sits next to the South Slav region formerly known as Yugoslavia, which explains his heritage.

For the first 40 years or so of the 20th Century Dudovich reigned as Italy's foremost poster artist. Reproductions of some of those posters can be found today.

Like his more famous German contemporary Ludwig Hohlwein, Dudovich made use of solid representational bases from which design-related simplifications or elaborations could be created to provide intended visual impacts. Unlike Hohlwein who began his career as an architect, Dudovich had a fair amount of formal art training. Moreover, his style evolved over time, becoming more simplified in the 1930s in line with fashions in illustration and fine art.

A detailed biography can be found here on a Web page devoted to Dudovich. The site includes a good number of examples of his art. Below are works shown there and found elsewhere on the Internet. 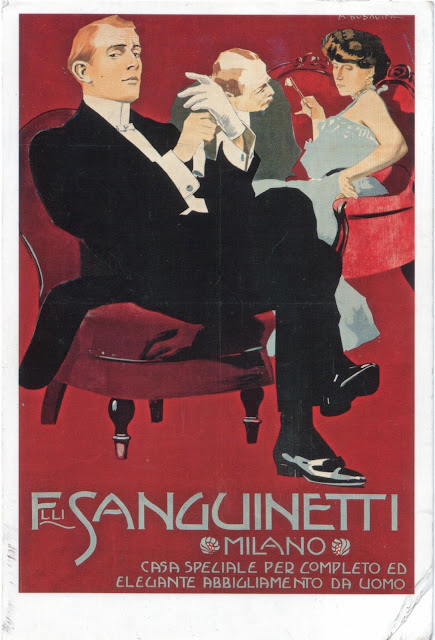 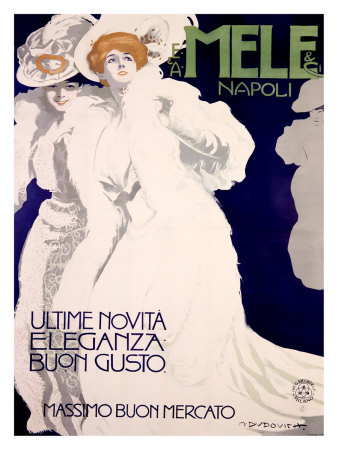 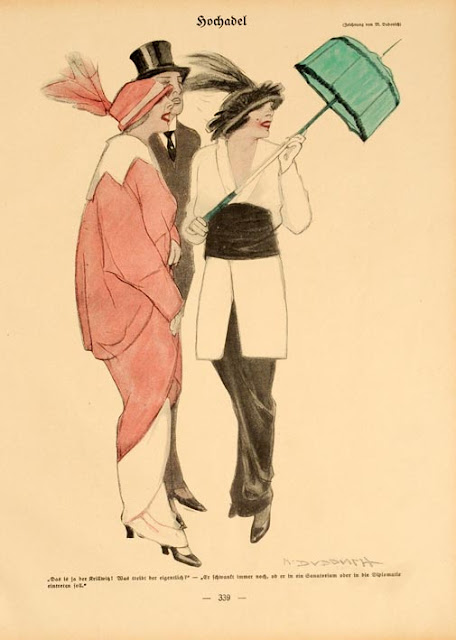 Dudovich was a contributor to several magazines, including the famous German Simplicissimus. The illustration shown here is from 1913. Due to the Great War and Italy's eventual participation on the side of the Allies, Dudovich had to terminate his relationship with the publication. 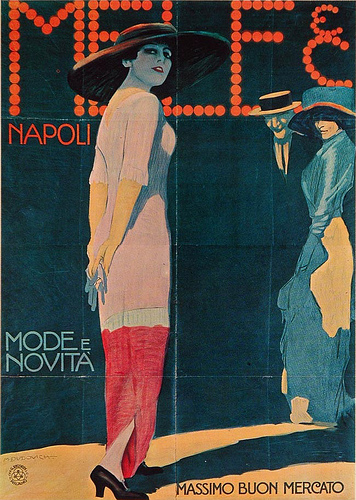 Much of Dudovich's work was related to fashion. 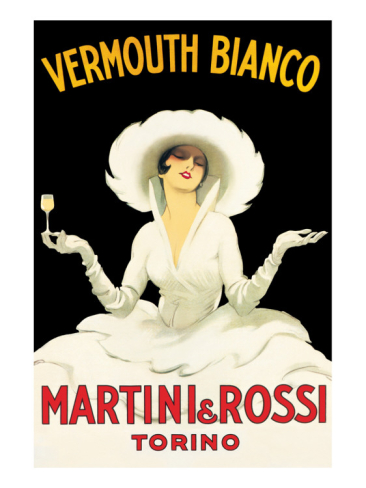 There were several variations of this Martini & Rossi poster. The artwork is the same, but captions vary. 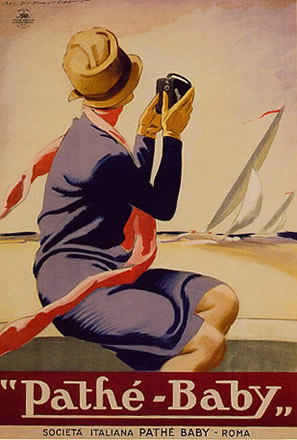 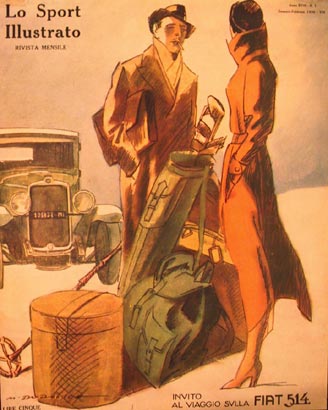 This seems to be a magazine cover. Motoring magazines in Europe often used to feature cover art advertising, so here we find a Fiat ad in 1930. 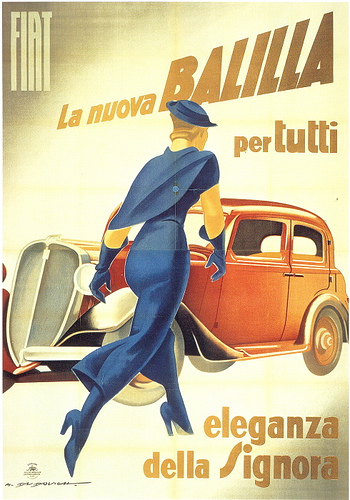 Dudovich also created posers for Fiat. This 1934 example is perhaps his best-known. 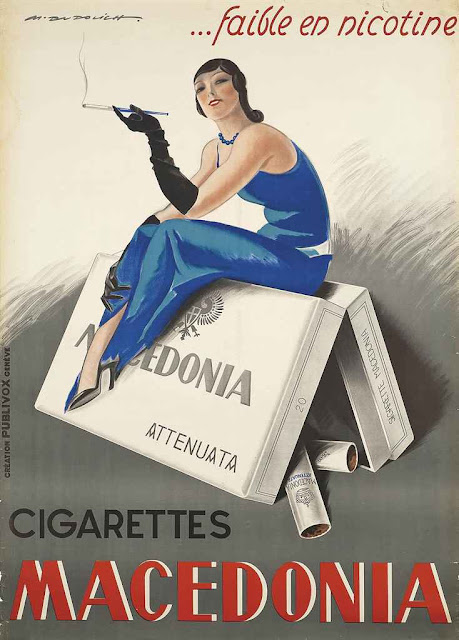 Another 1930s poster, this for cigarettes. 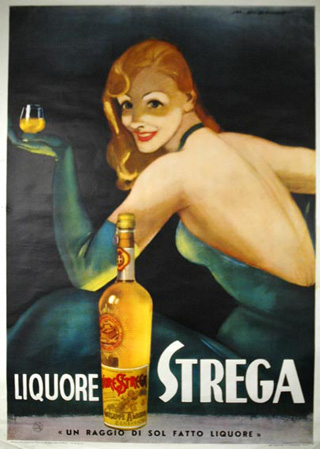 Our final example is a liquor ad from around 1940, to judge by the subject's hair style.

My golly he was good. The last one's the only one to leave me cold.