Not all of it is good, and just like modernist architecture it would be bad if it were everywhere. That said, I am fond of Art Nouveau. When it's not overdone, it offers interesting decoration that goes beyond Greek and Roman ornamentation. The same can be said for Art Deco -- in some respects a late-stage Art Nouveau.

Most Art Nouveau architecture is found in Europe. The best-known examples are in large cities such as Paris and Brussels, but a number of smaller cities such as Riga in Latvia have plenty of Art Nouveau. Another small city to add to the list is Ljubljana, capital of Slovenia, a Slavic country tucked in by Italy and Austria and ruled by Austria's Hapsburgs, starting in the 14th century and ending with the collapse of the Austro-Hungarian Empire in 1918.

A major earthquake in 1895 resulted in some rebuilding in the Art Nouveau style -- actually Vienna Secession style, an Art Nouveau variation with less ornamentation and comparatively little of that with plant tendril themes. Below are some Ljubljana scenes I photographed when I was there a few months ago. 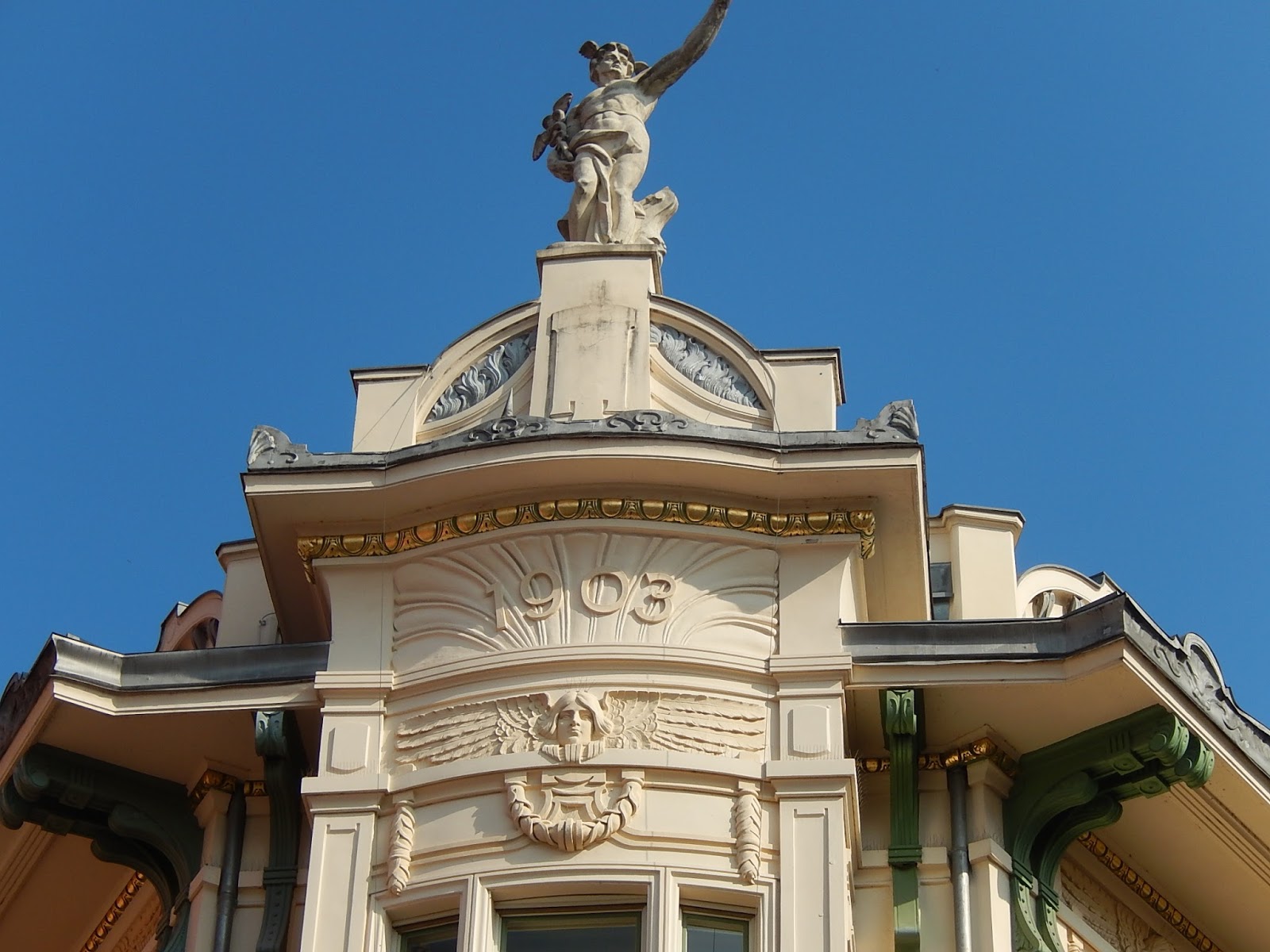 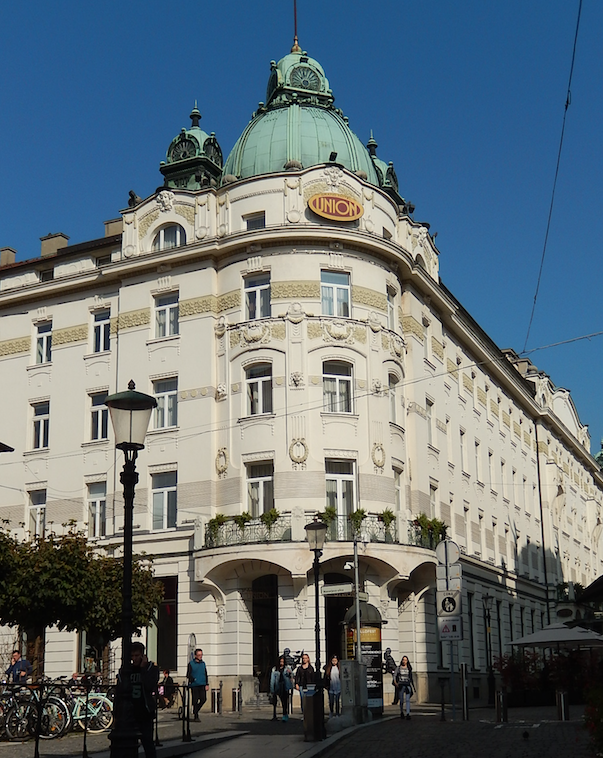 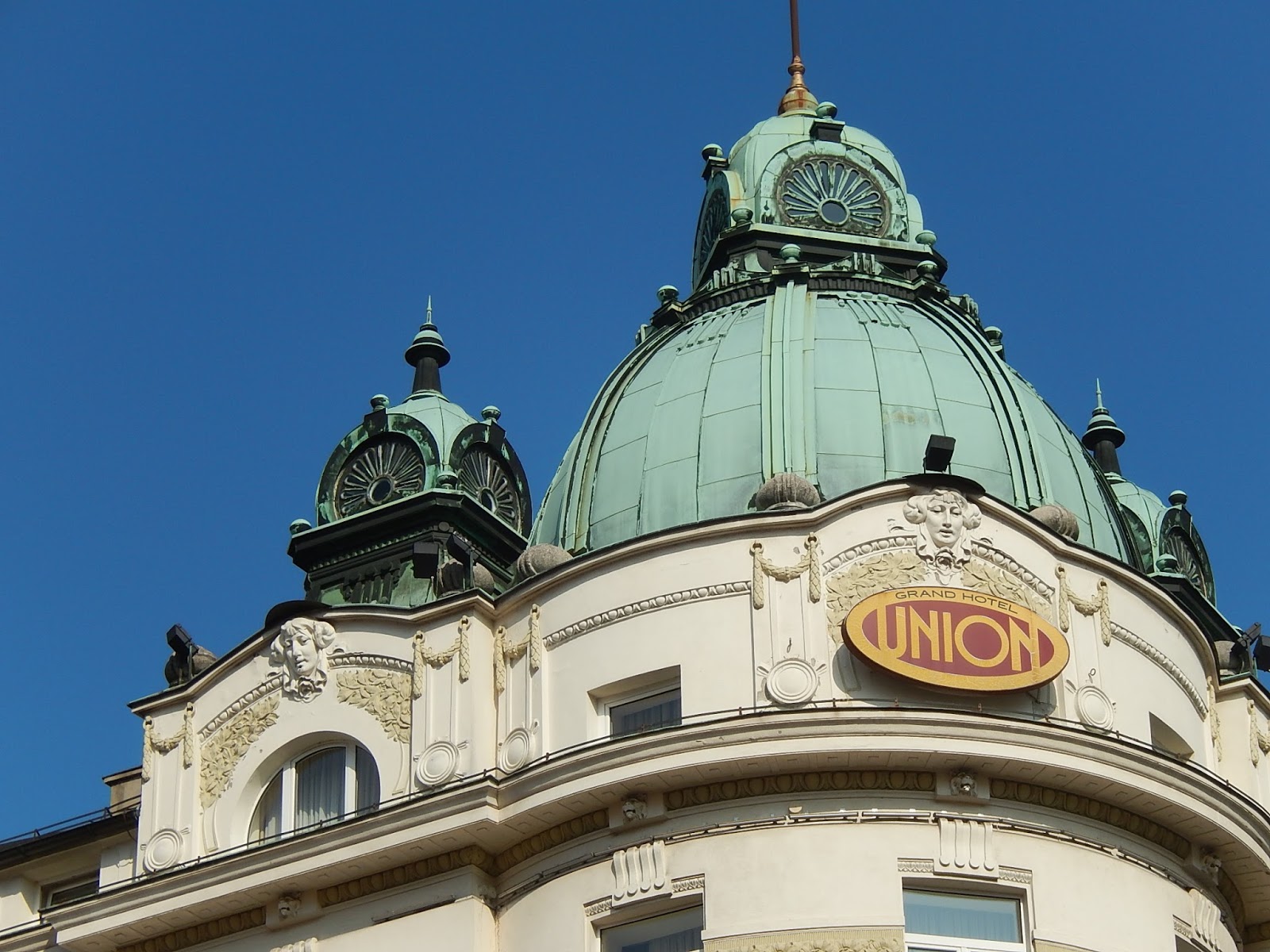 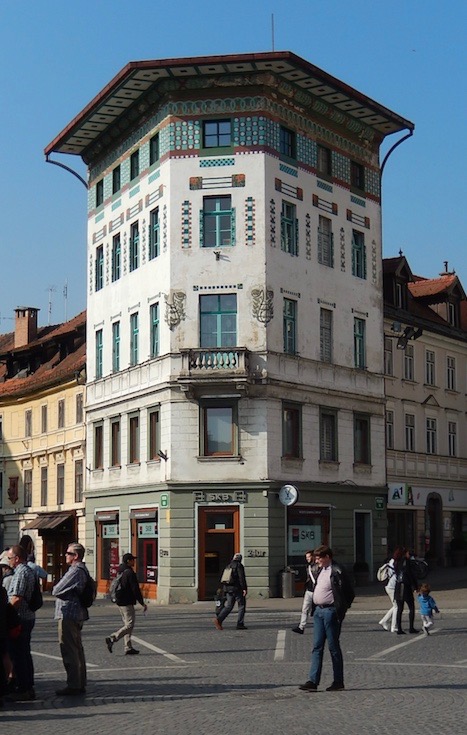 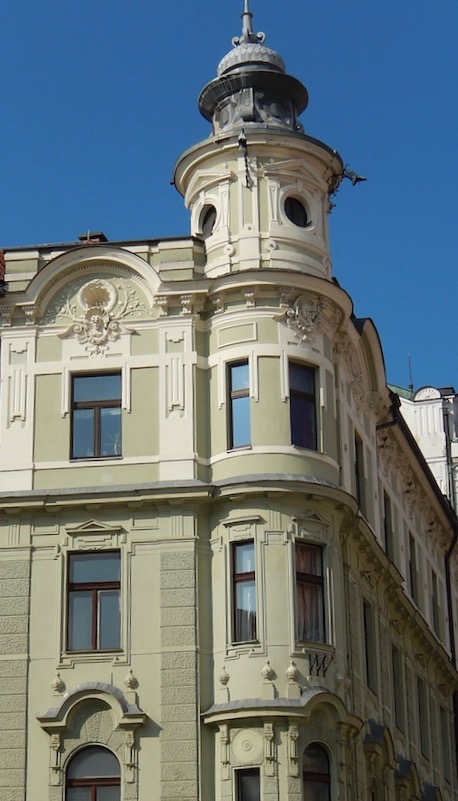 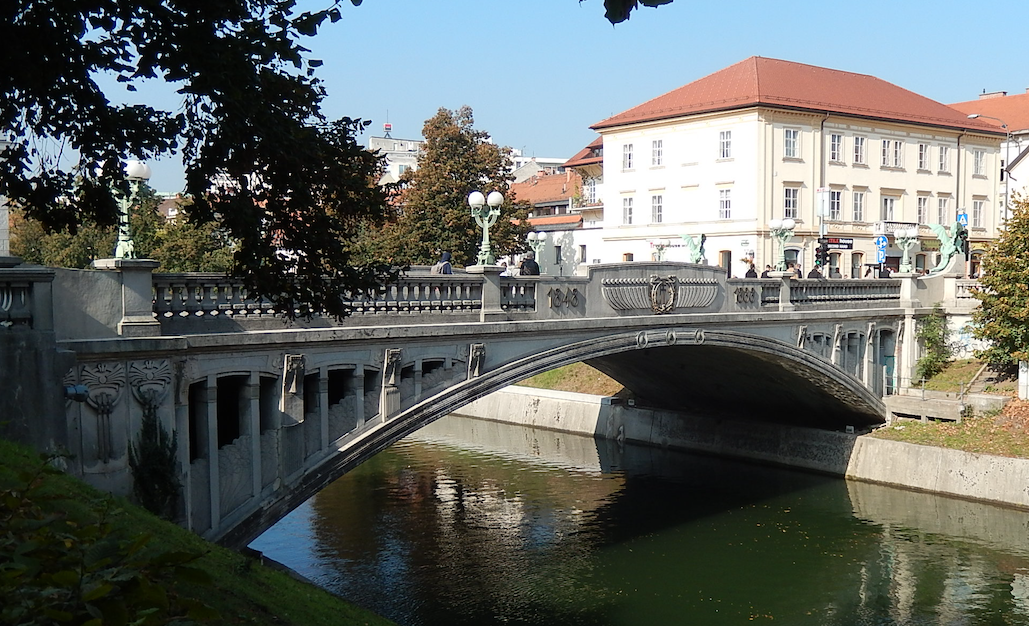 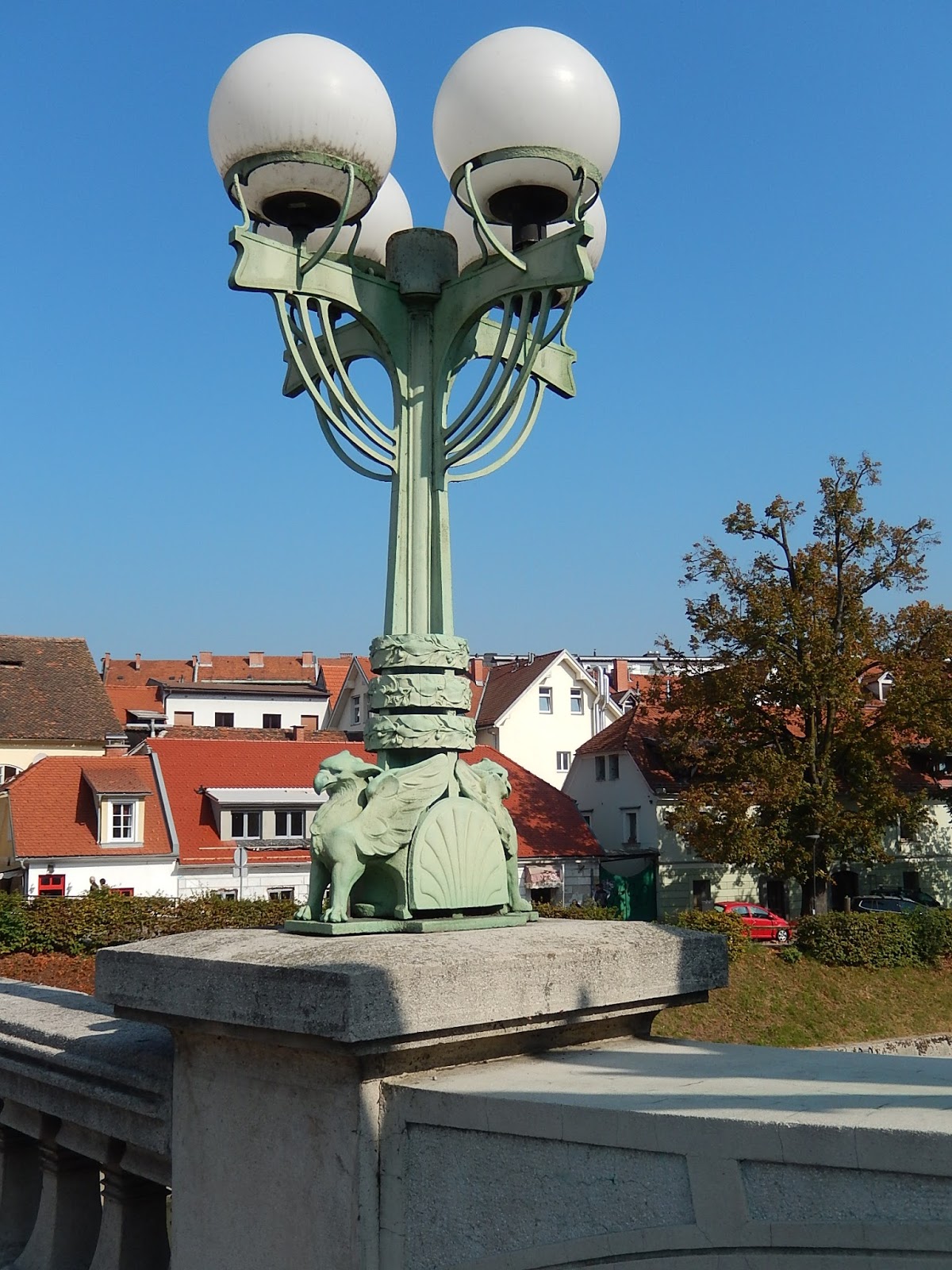 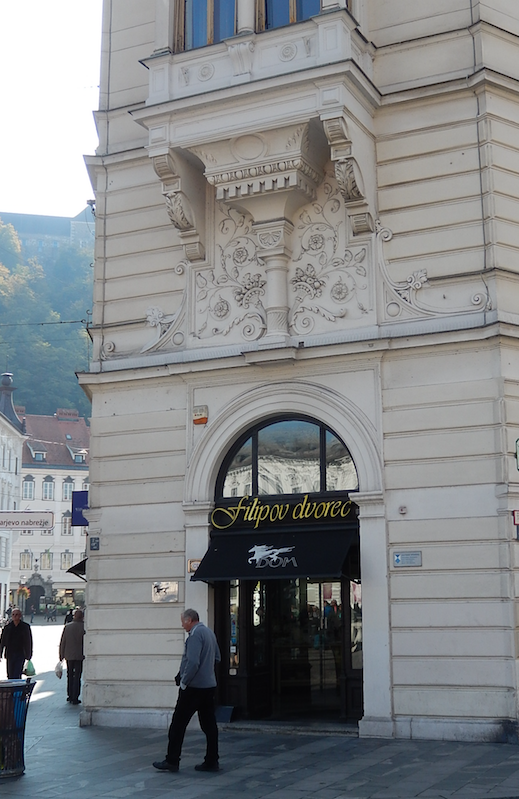 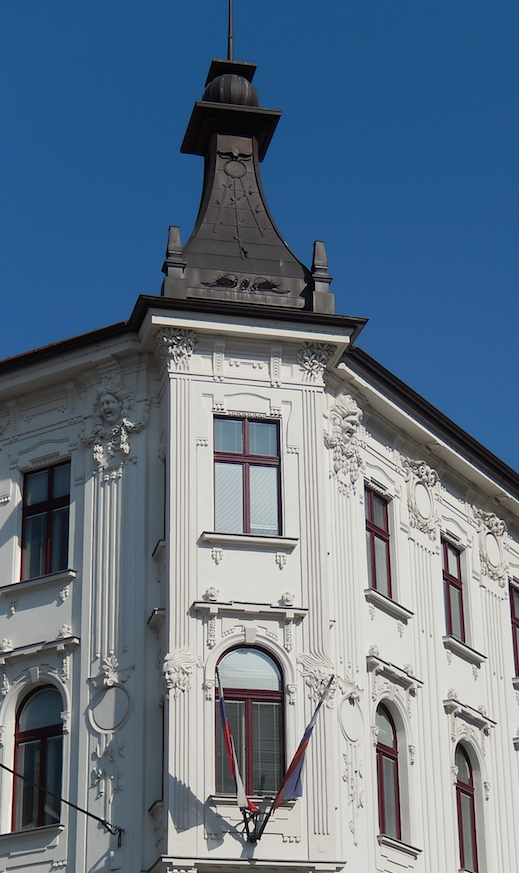 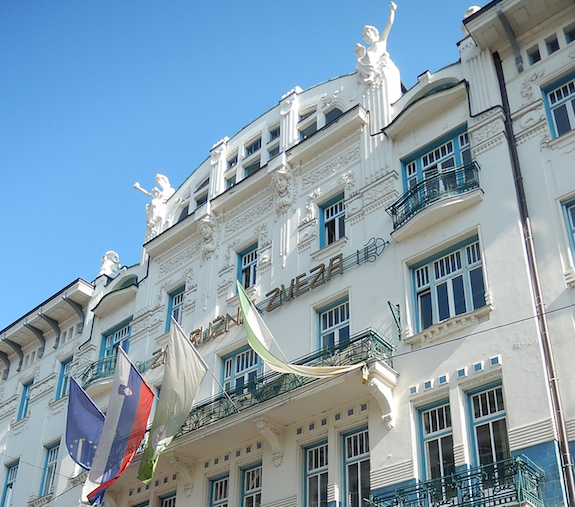 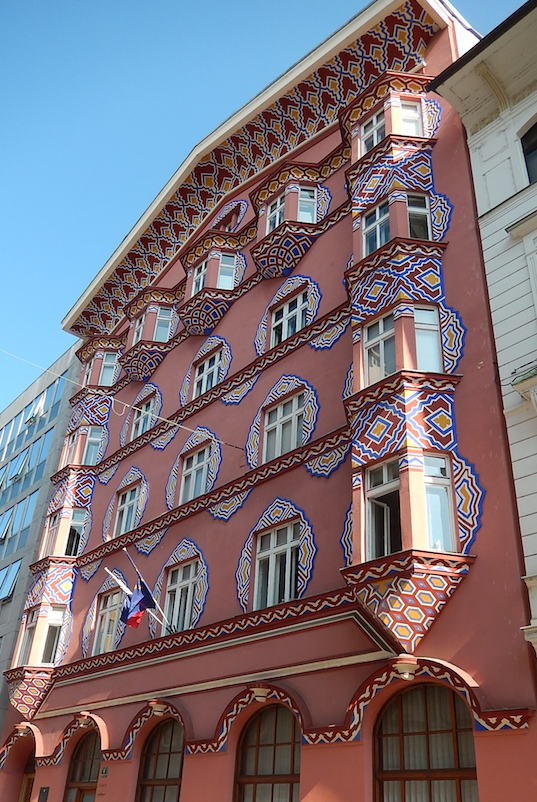 Great stuff. Definitely the Secession side of Art Nouveau. That last one is maybe also reflecting some Slovenian folk art tradition? (Just guessing).