Some of Degas' Unfinished Paintings

This post's subject is Edgar Degas (1834-1917) who left many unfinished paintings. In some cases he signed them, perhaps signifying that he considered them complete enough to his satisfaction.

Examples are shown below. Interestingly, those I found on the Internet had women as subjects. But then, that is true of the majority of his paintings. 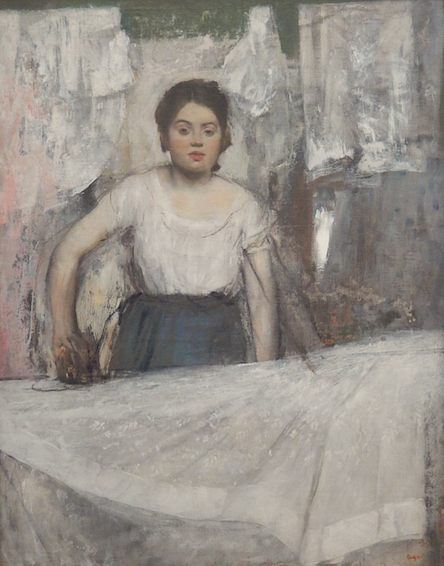 Woman Ironing - c. 1869
I found this in Munich's Neue Pinakothek, which prompted me to write this post. The image is very slightly cropped around the edges. The face seems to be completed. Note the two versions of her left arm and the muddled right hand. His signature is at the lower right. 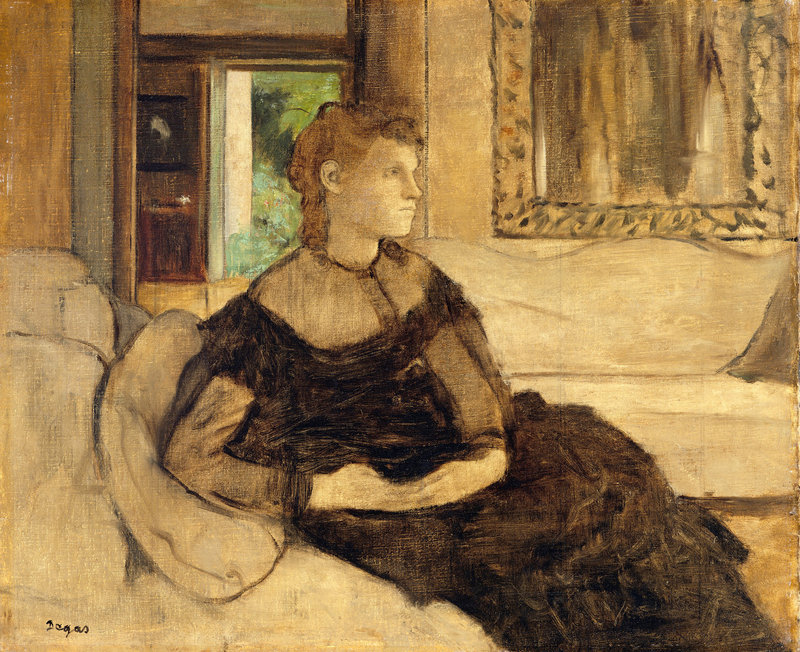 Madame Théodore Gobillard - Berthe Morisot's older sister - 1869
Essentially monochrome aside for the foliage in the background. The subject's face isn't much more developed than the rest of the painting. Hands are roughly indicated. He signed this. 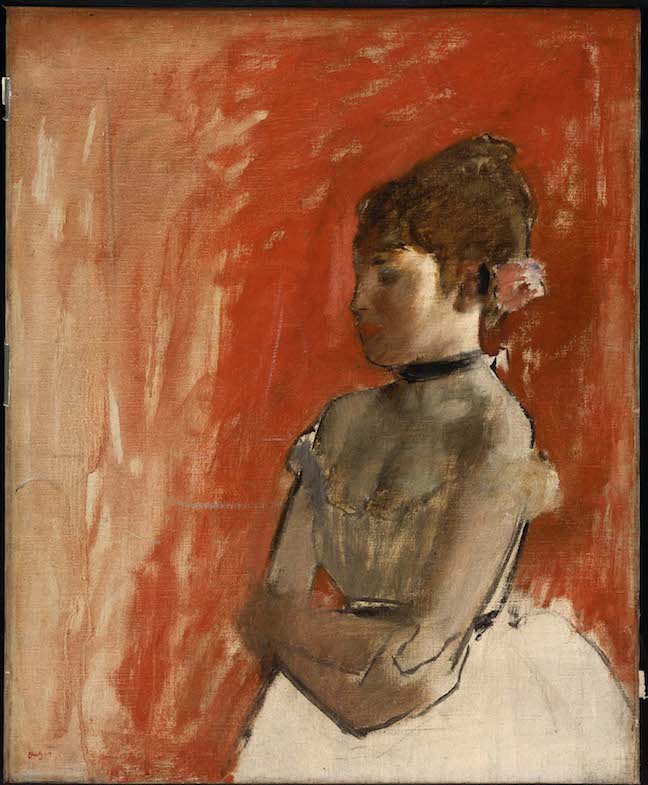 Ballet Dancer with Crossed Arms - 1872
Not much more than a sketch, yet it has his signature. 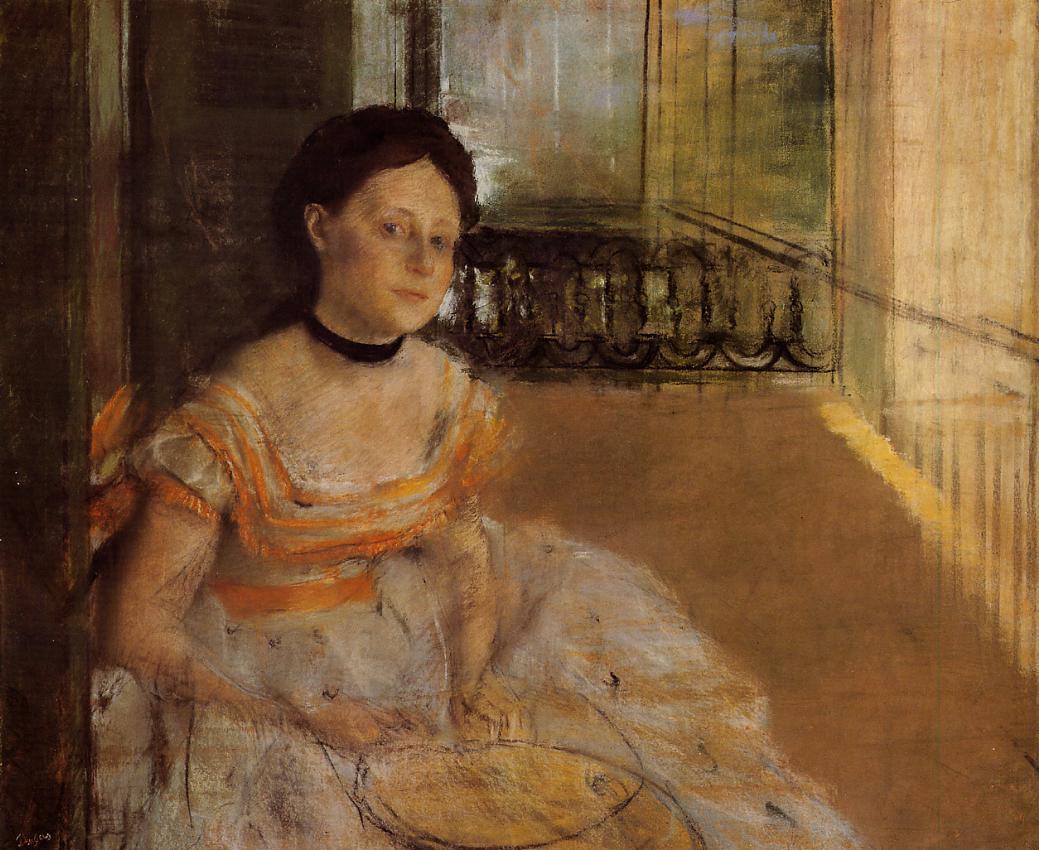 Woman Seated on Balcony - 1872
Note his working out the room's perspective (it's not quite correct). Again the hands seem to be saved for later development. 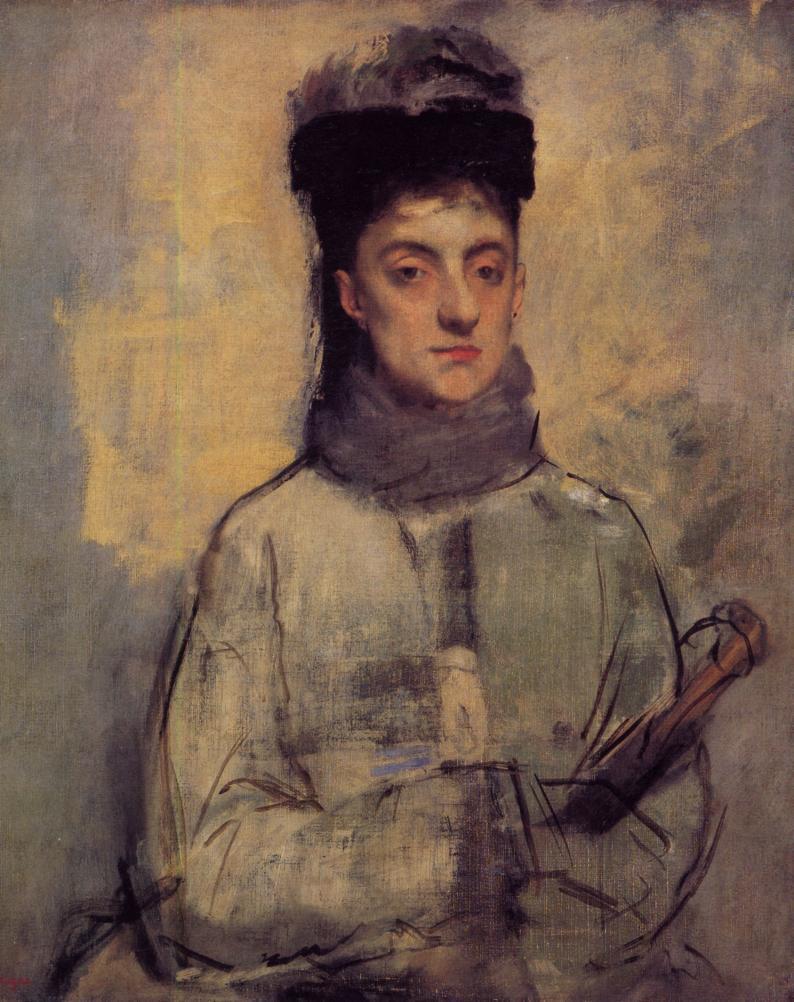 Woman with an Umbrella - Berthe Jeantaud - 1876
Like most other portrait painters Degas chose to complete the face before expending time and materials on the rest. 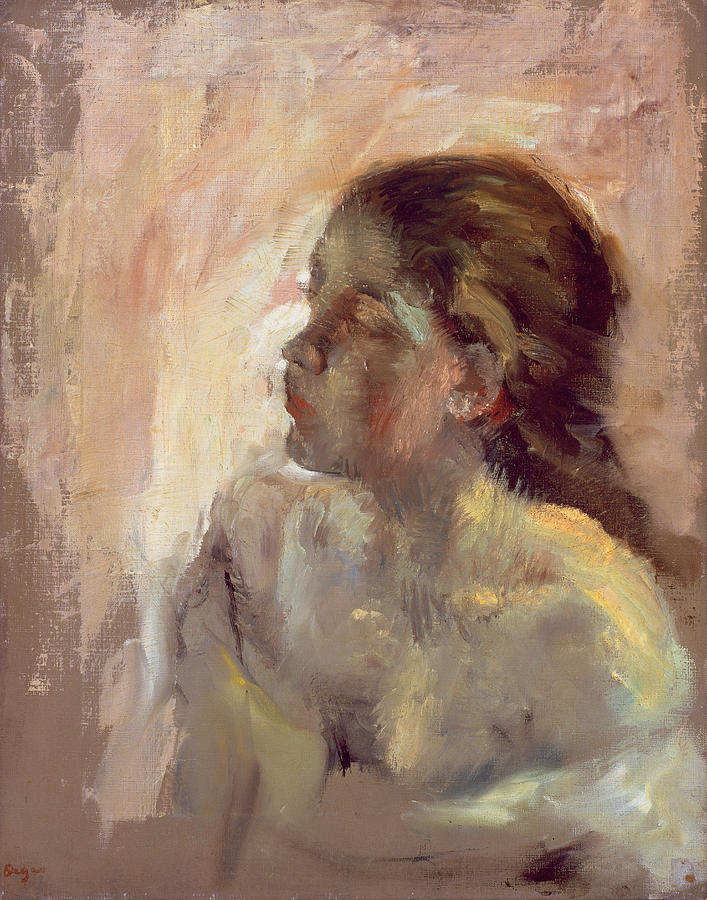 Study of a Girl's Head - late 1970s
If this is indeed a study (the title was as I found it on the Web), then it's not really an unfinished painting. I include it here to show Degas' brushwork and use of color. 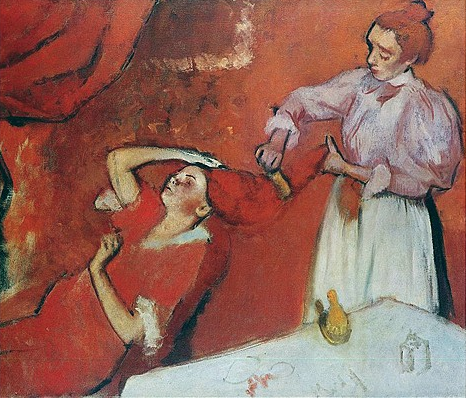 Combing the Hair - 1895
This was painted later than the others and features his more familiar mature style. Interestingly, whereas it's largely "flat" Degas includes a table that provides as sense of depth by its shape and position.
Posted by Donald Pittenger at 1:00 AM

He may have kept them just because he could keep them, he had space and time and enough money not to be chased through life. Degas had a slow-moving retinal condition of some kind, it was most probably an inherited condition, there's a large family of what are listed as macular dystrophies for instance. Quite a while ago now an eye specialist called Marmor wrote a piece about Degas and other artists and their eye problems, the picture he blurred to give a sense of what Degas was seeing probably doesn't go far enough, there would have been some distortion, the loss of a general view of the world and the painting, a changed perspective and so on. S.