Giovanni Michelotti (1921-1980) was one of the leading Italian automobile stylists of his day. But he is perhaps less well-known than others because his career was largely that of a free-lancer -- designing bodies that were built by established carrozzeria, both famous and less-so. The name of the coach building firm would be associated with the design, not Michelotti. His production car designs for Standard-Triumph also did not have his name or a carrozzeria crest attached to them.

His Wikipedia entry lists many of his designs.

This post deals with his presentation drawings, an important part of the marketing effort by a freelancer and even a carrozzeria. The idea was to show clients what a proposed design might look like. Other such tools might have included detailed side/front/rear drawings or even small scale models. But a comparatively quickly-done drawing or two might be good enough for the potential client to ask for more work on the design theme presented.

What I find interesting is that many of Michelotti's drawings, especially those form the early 1950s, were so highly distorted/exaggerated that they did a poor job of showing what a completed car would actually look like. 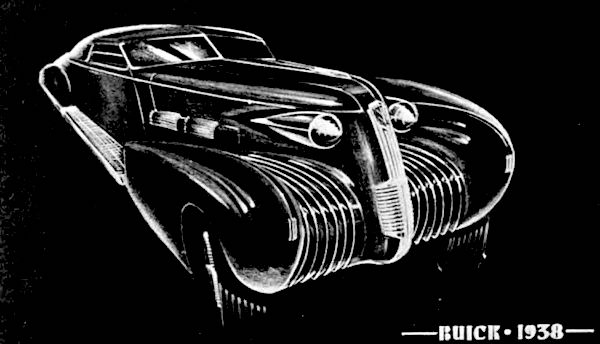 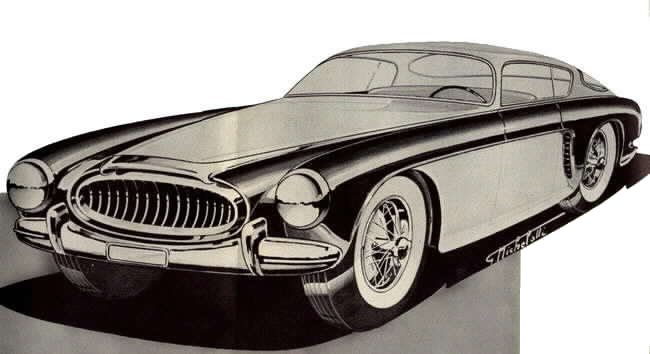 Michelotti drawing of the Cunningham C3 - 1952-53
Michelotti was providing the Vignale firm many designs such as this one at that time. The actual car's shape was much shorter and taller, but the general layout and details such as the grille are indicated here. 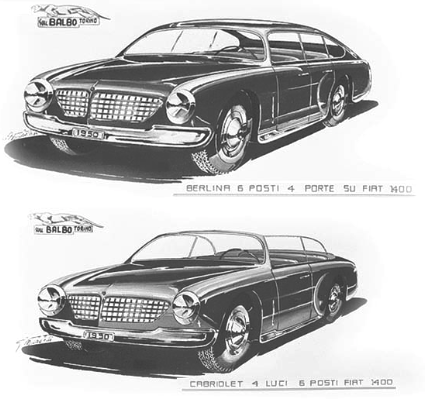 Fiat 1400 proposals for Viotti Carrozzeria - 1952
And another with the same distortion scheme as for the Cunningham shown above.  The front wheel is much too large. 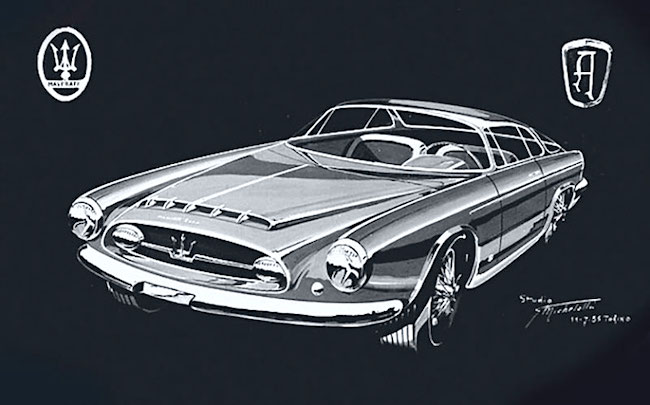 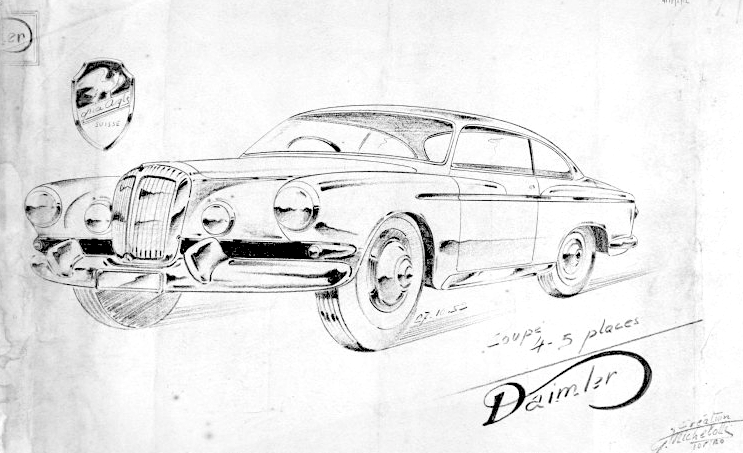 Daimler proposal for Ghia-Aigle - 1955
Another distorted view of a proposed design.

Another Daimler proposal for Ghia-Aigle - 1955
Made about the same time for the same brand and coachbuilder, this side view of a four-door sedan shows that Michelotti did work out buildable designs. But which came first? -- the perspective sketch or the measured drawing? 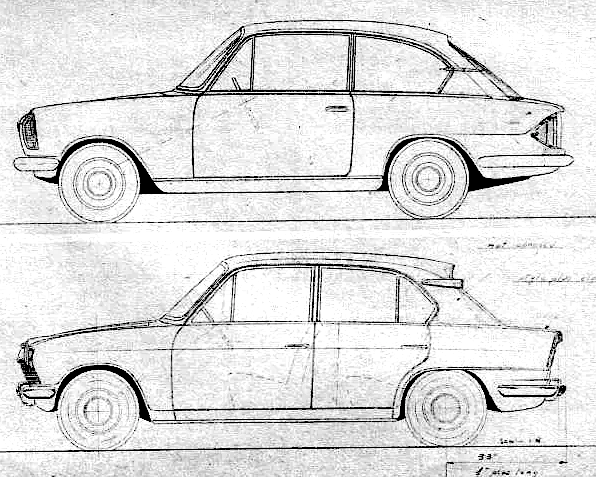 Triumph proposals - c. 1962
Side views of proposed designs indicating practical considerations such as the seating layout. 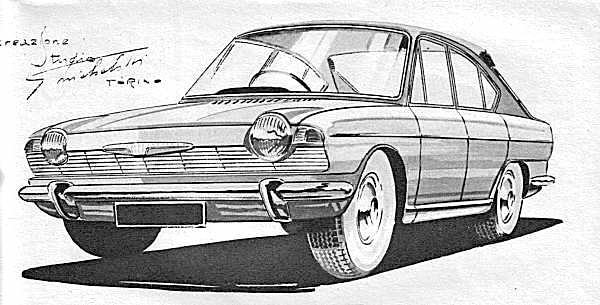 Triumph perspective sketch - c. 1962
Another stretched-perspective drawing. This is of essentially the lower design seen in the previous image. Note the Citroën DS-19 type light mounted on the C-pillar. It is shown clearly in the side view and some sort of light is crudely indicated in the perspective. The matter is debatable, but I wonder if in this case a side-view with a pillar-mounted light was done before the perspective drawing. Otherwise, it's a detail that could safely be omitted from a preliminary sketch from this low viewpoint. 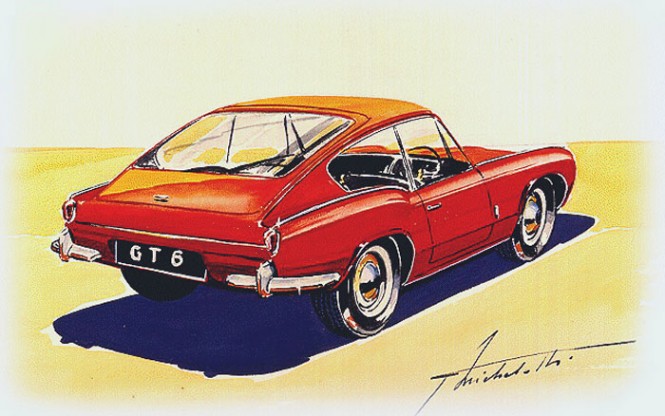 Rendering of Triumph GT6 - mid-1960s
By the mid-60s Michelotti was making more accurate perspective drawing of his design proposals.