For reasons I'm not sure of, I've always been very interested in the 1920s and 1930s. That definitely applies to commercial art, and I've featured a number of illustrators active in those times.

Now for a slight change of pace. Still 1930s (for the most part) illustration, but not art for advertisements or for stories in major American magazines such as the Saturday Evening Post. Instead, a seemingly trivial advertising medium -- road maps given away by gasoline companies at their service stations.

The heyday of those road maps was roughly from the late 1920s through the 1960s. In recent decades those needing road maps in the USA have to get them from the American Automobile Association or buy them in stores and service stations. In the day, company-sponsored giveaway maps were a form of advertising because the company name and logotype were prominently displayed in several places, especially on the cover area.

Below are some road map covers I scanned from items in my collection. I am not a collector who buys such items. Rather, the oldest maps were laying here and there in the house where I grew up. By the time I was in elementary school I began grabbing them when my dad filled up the car's gas tank. Later on, I did that when I became a driver.

Most of the examples shown below feature an illustration, and in every case but one, no artist's signature can be found. Click on most iamges to enlarge considerably. 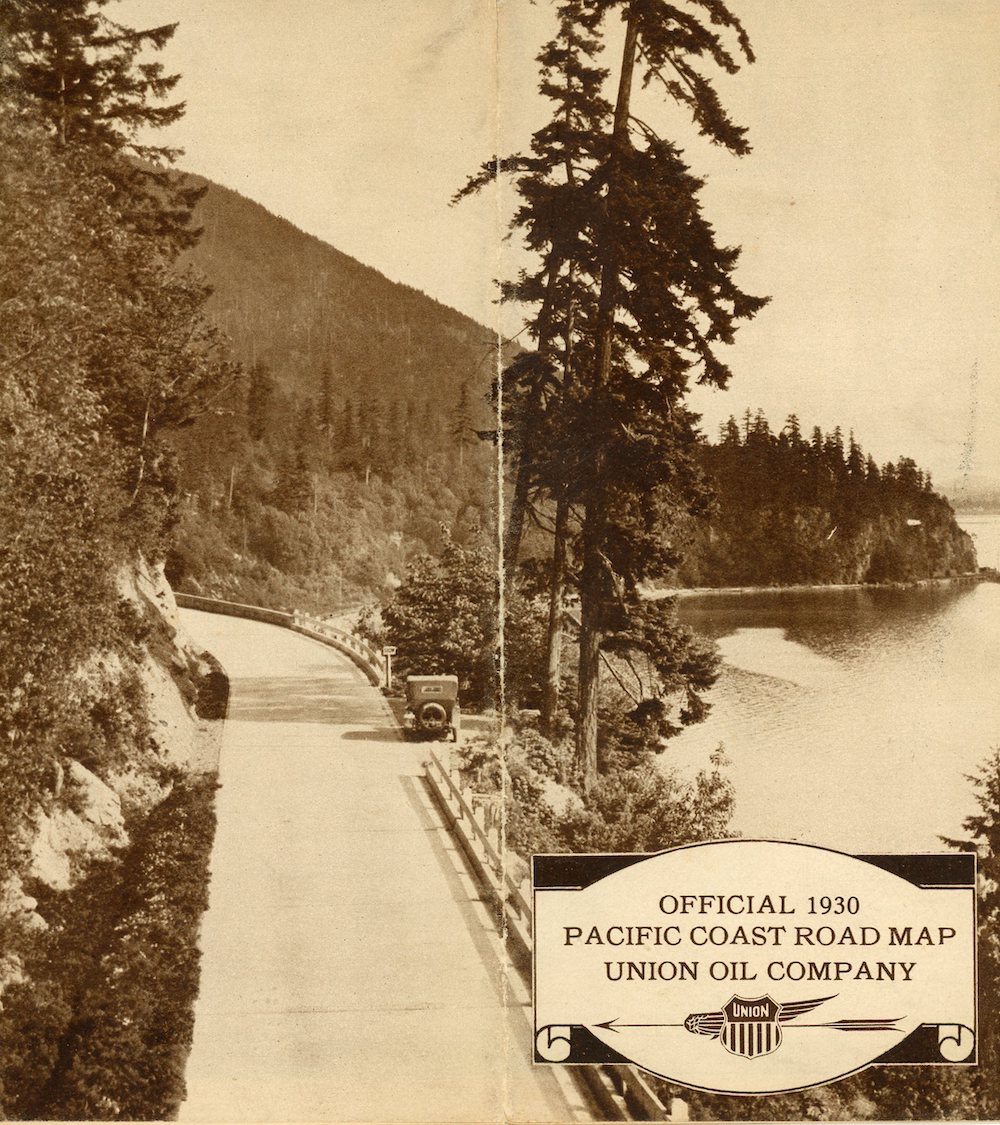 Pacific Coast road map from Union Oil Company - 1930
No artist-drawn illustration here, but a photo of what appears to be the Oregon Coast.  I include this because it's my oldest road map. 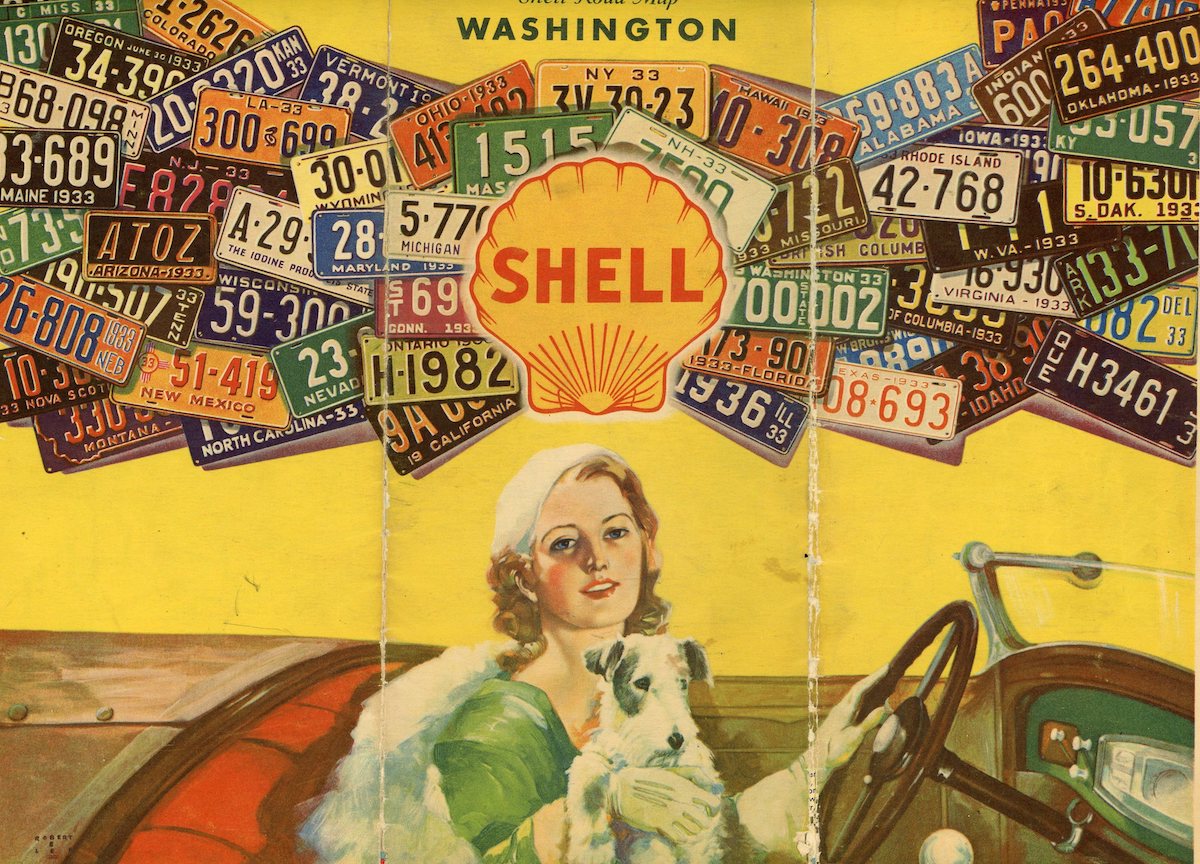 Seattle street map from Standard Oil of California - c.1934
The same type of usage applied to this illustration of an imaginary city -- I have a Portland, Oregon map with the same cover art. 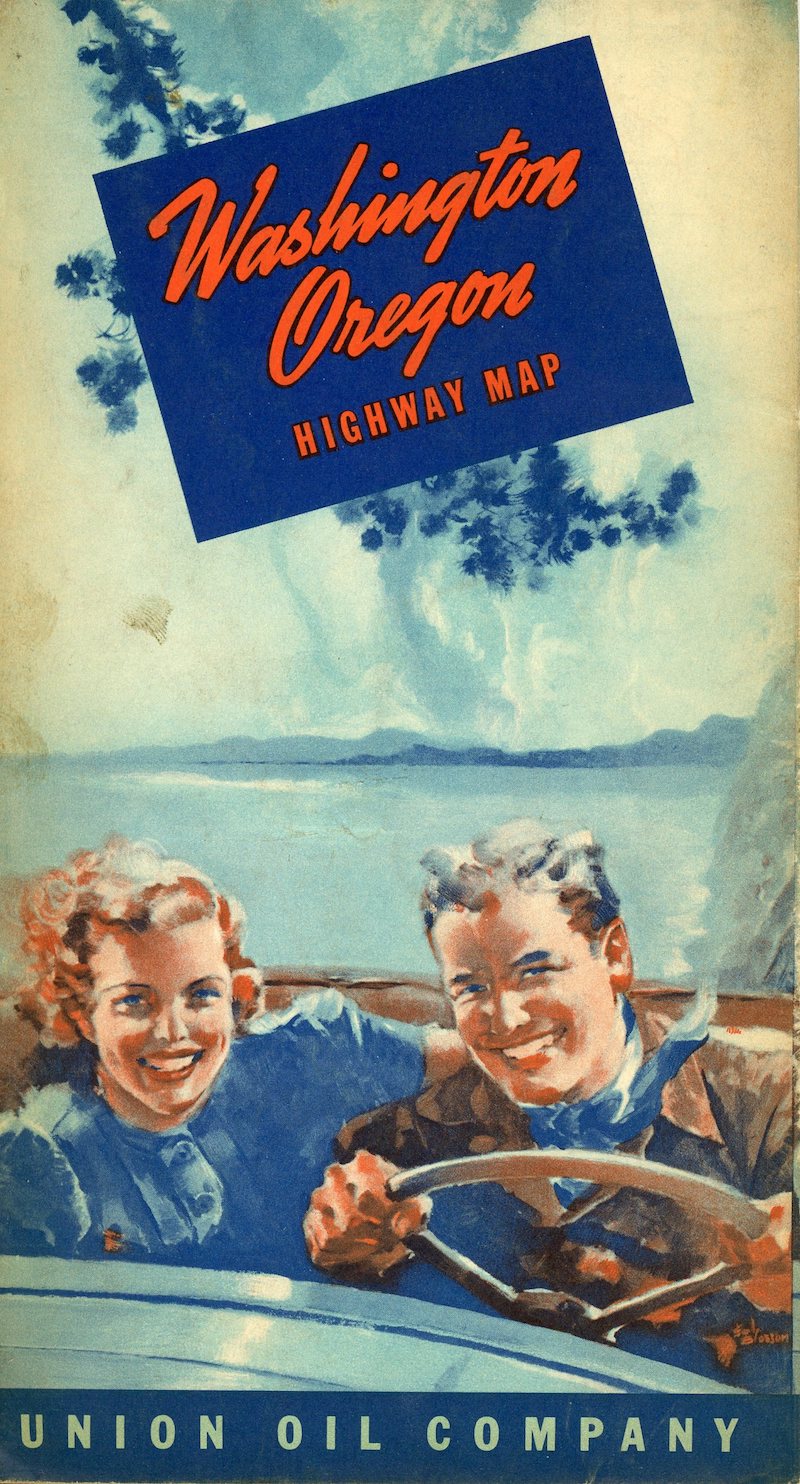 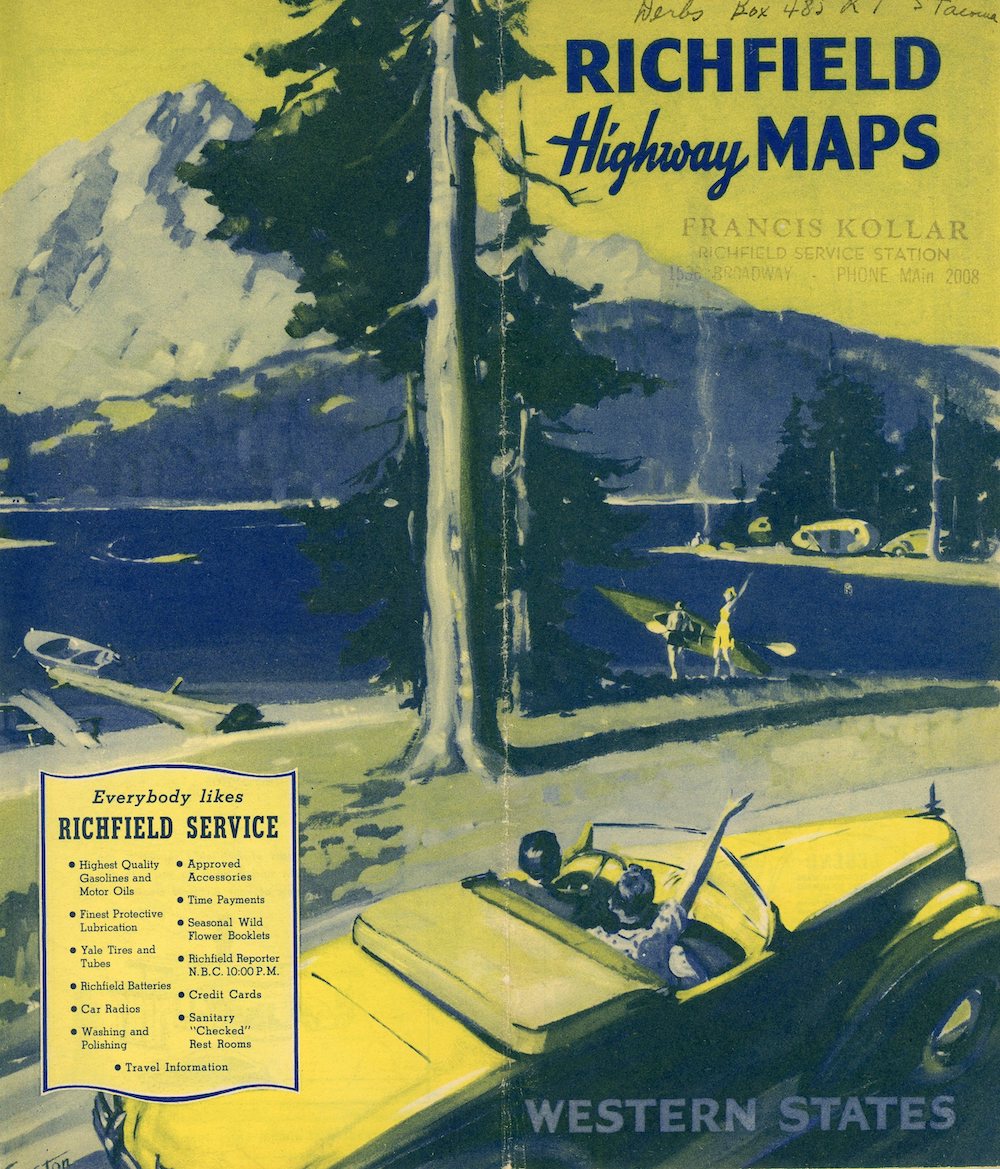 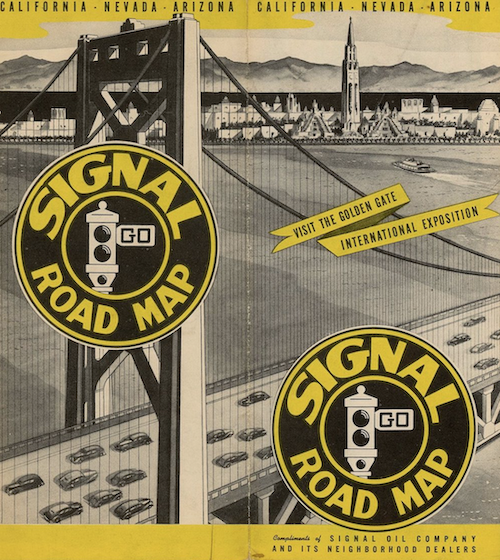 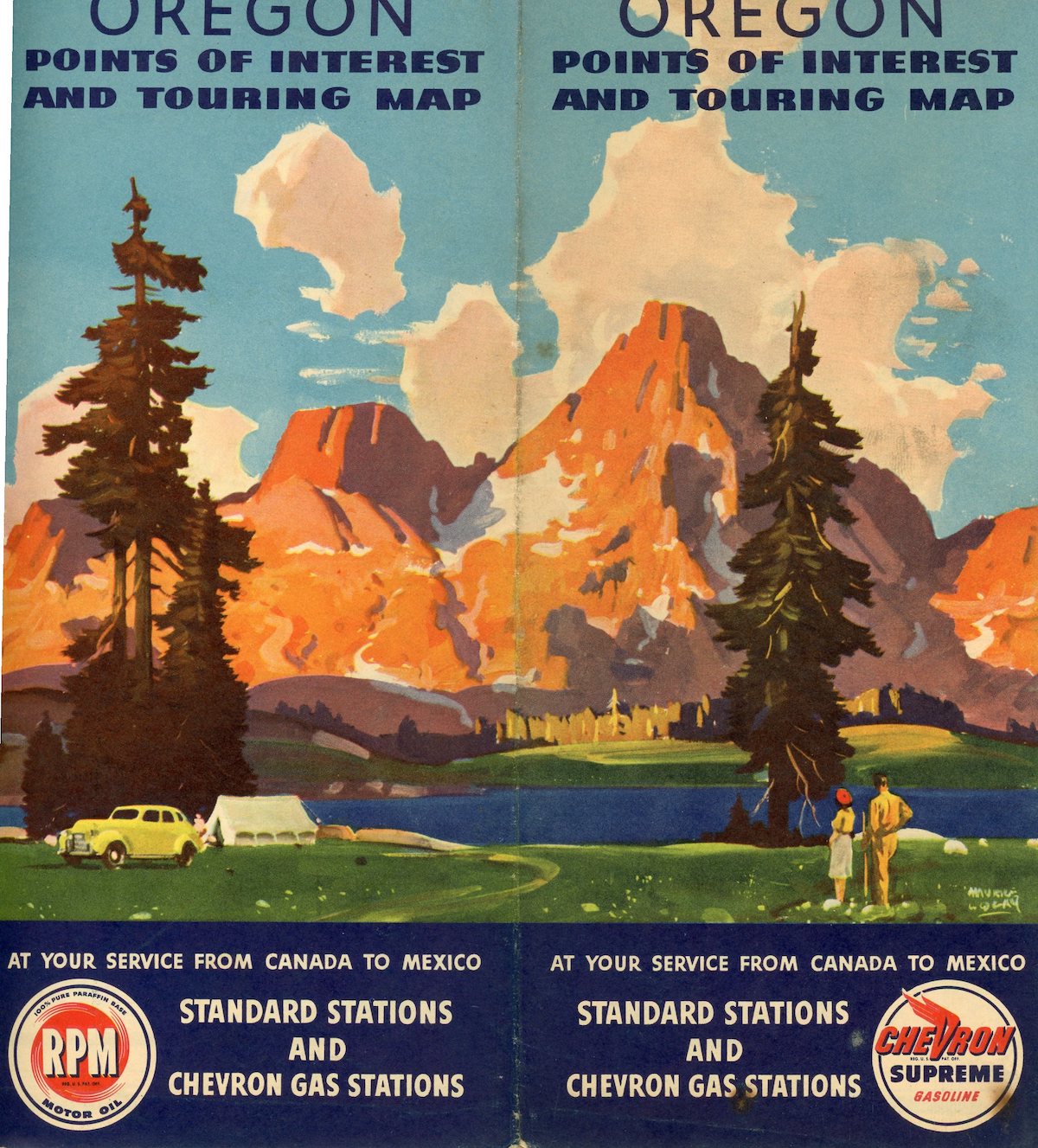