Joseph Harry Anderson (1906-1996) was a highly competent illustrator who is not well known despite the high regard he had (and has) among a number of practicing illustrators and illustration fans.

His Wikipedia entry is here, information about his painting technique is here (scroll down), and a website devoted to him is here.

After many years as a commercial illustrator, Harry Anderson largely switched to making large religion-themed paintings for the Seventh-Day Adventist and Church of Jesus Christ of Latter-Day Saints (Mormon) organizations. I focus on his commercial work here.

His illustration style was characterized by smoothly flowing transitions of shapes and colors, though his religious works and some commercial illustrations were more hard-edge. An interesting fact is that he was allergic to oil paints and had to switch to water based alternatives including gouache and casein. 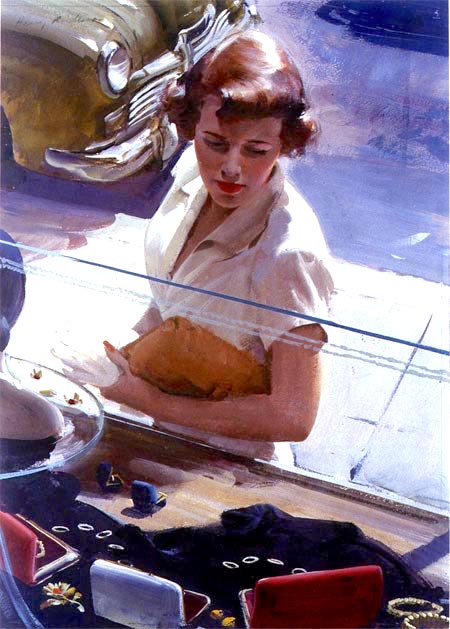 This is perhaps my most favorite Anderson illustration. Note the contre-jour depiction of the girl with its coloring and use of highlighted areas -- impressive. 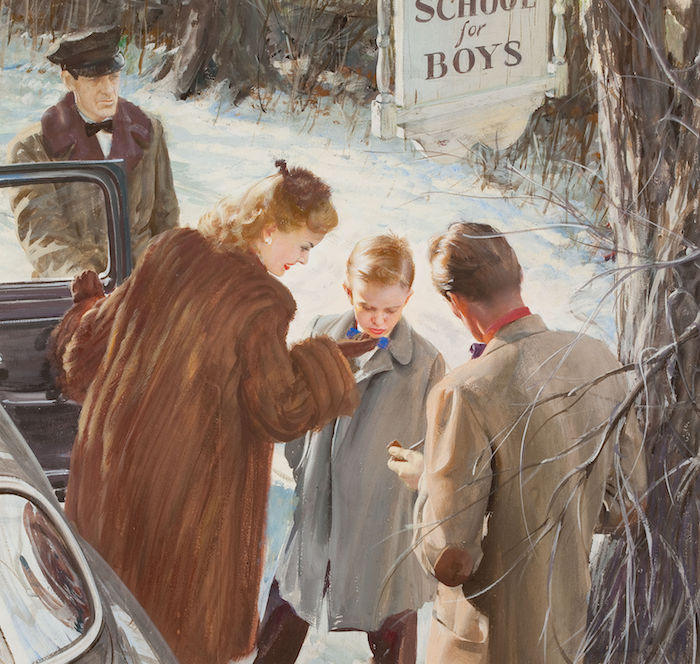 Off to School
Again, note Anderson's use of highlights on the hair of his three main subjects. The man in the background is washed-out so as not to detract. 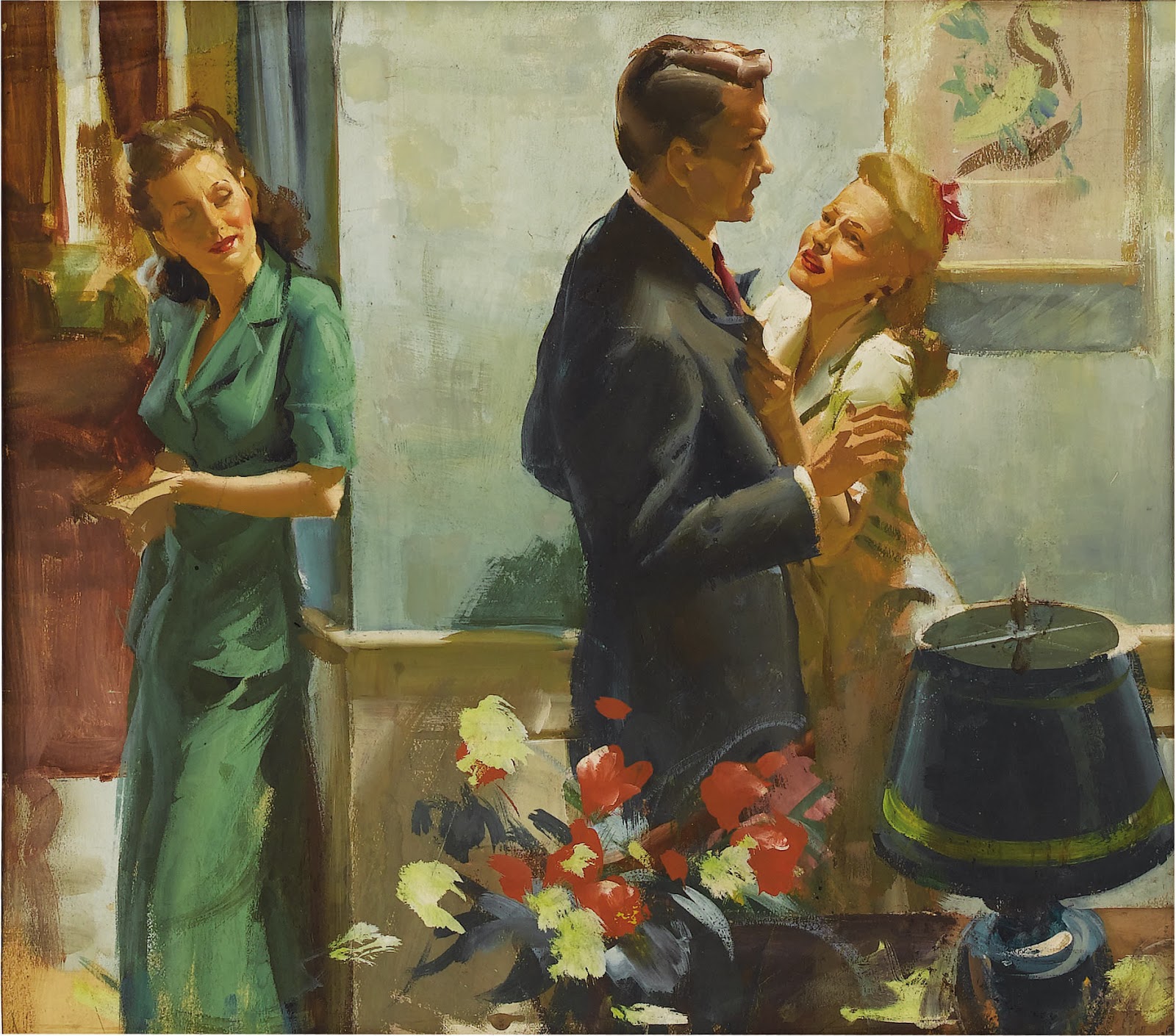 Story illustration from source unknown to me. From the early-to-mid 1940s to judge by the women's hairdos. Everything other than the featured couple is casually, sketchily painted. Nice, warm color scheme. 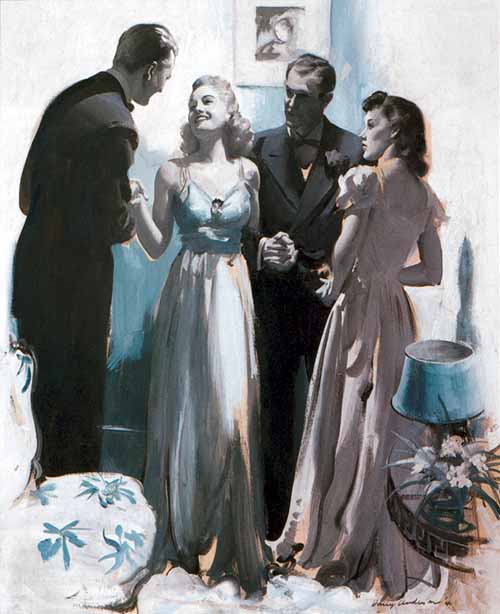 From Cosmopolitan Magazine - 1941
His depiction of light and shaded areas is skillful indeed. 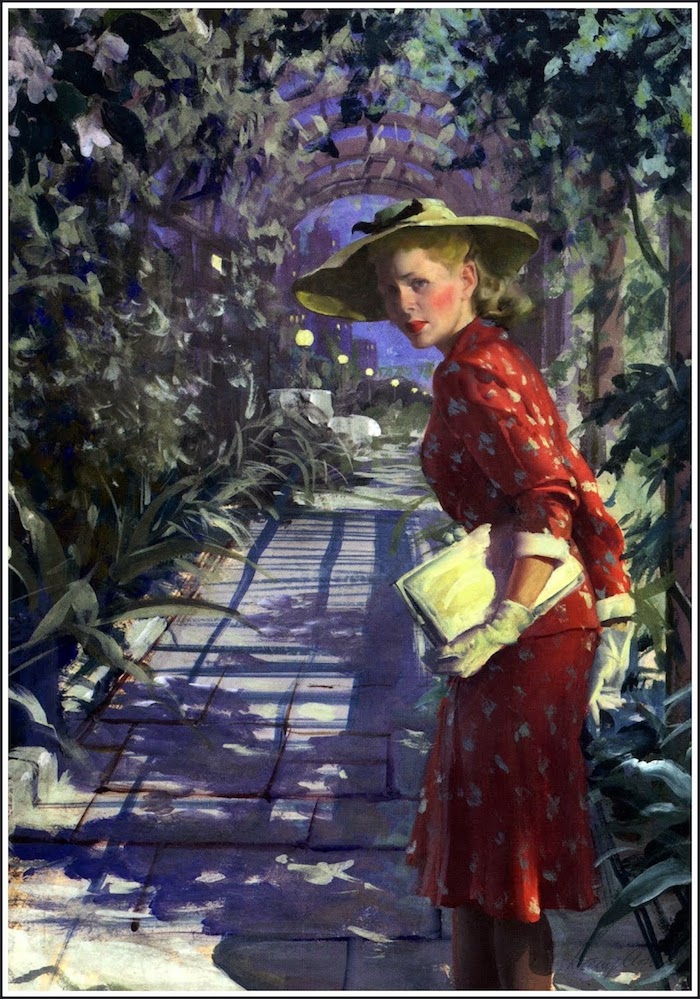 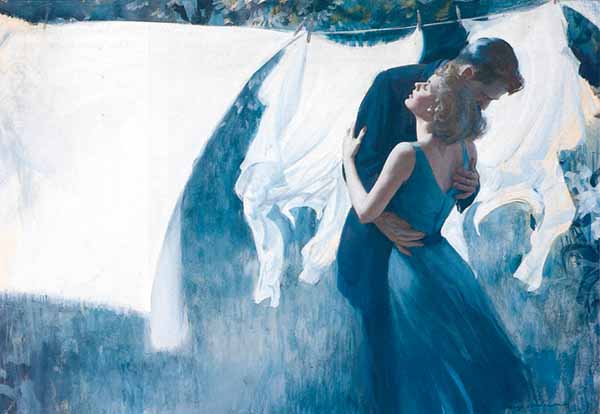 From Ladies' Home Journal - 1950
The composition is in line with emerging American illustration fashion at that time. 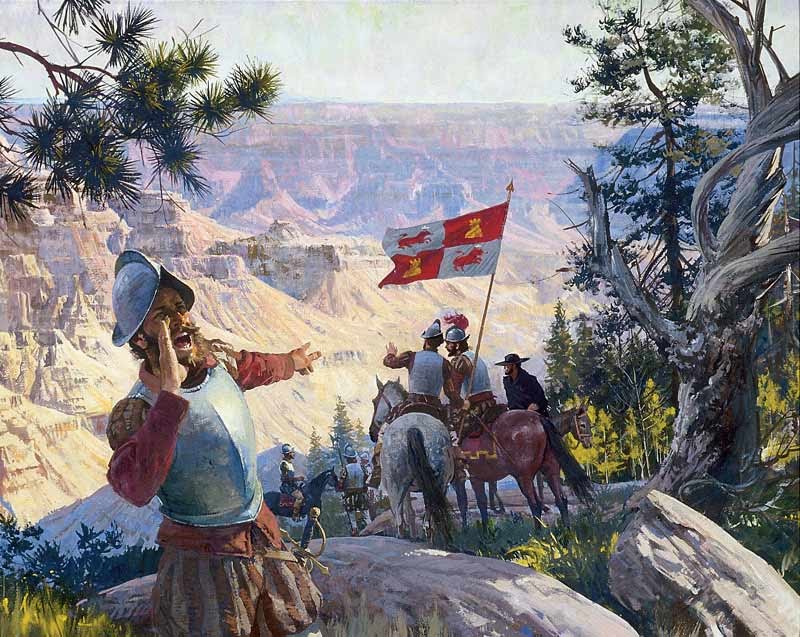 Coronado's Men Find the Grand Canyon
Now for a hard-edge scene: I don't know the source. 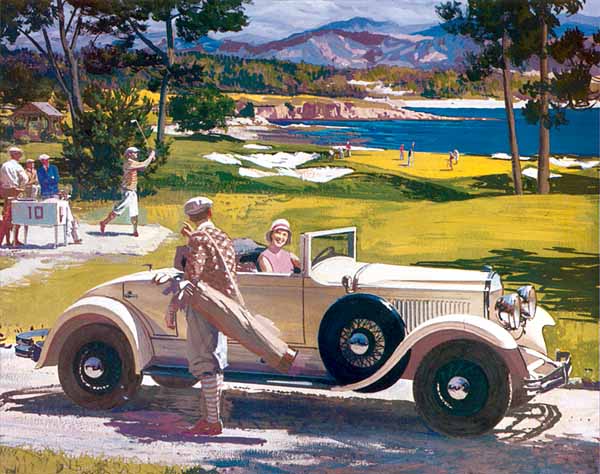 Esso gasoline illustration - c. 1965
Also more in a hard-edge vein. The setting appears to be the Pebble Beach golf links by Carmel, California in the late 1920s. 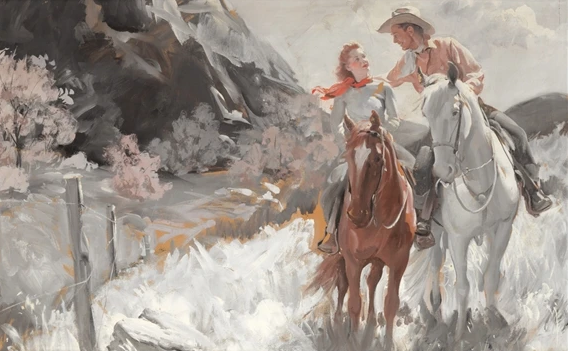