Fortunino Matania (1881-1963) was an illustrator whose technical prowess has recently gained some attention in the illustration corner of the Internet. His Wikipedia entry is here, and he is mentioned here in a Dan Dos Santos post on the Muddy Colors blog and here on James Gurney's blog.

I strongly recommend that you read both the Dos Santos and Gurney posts which deal with Matania's extremely strong visual memory and his ability to compose an illustration on the fly, without preliminary studies. The Wikipedia biography offers background information about his career journey from Italy to France (briefly) and on to England, where he spent the rest of his life. 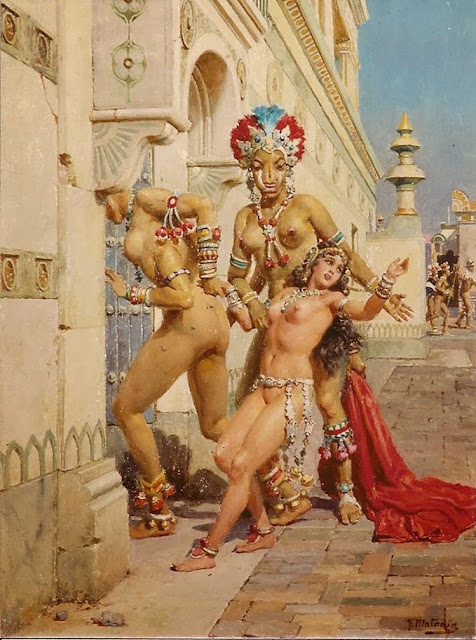 Illustration for "A Princess of Mars" 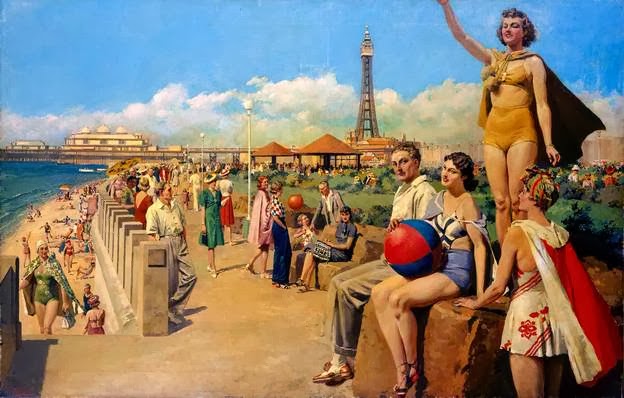 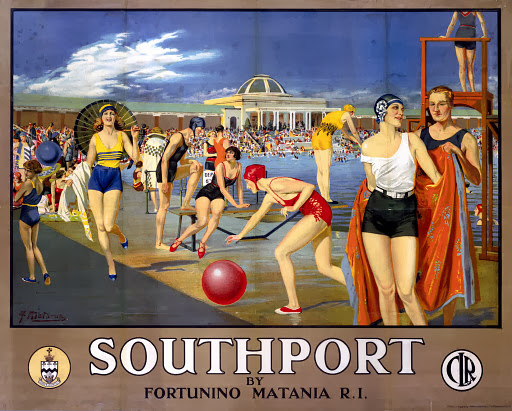 Southport poster
First, some examples of his commercial work.

"The Capture of the Sugar Refinery at Courcelette by the Canadians on September 15, 1916" 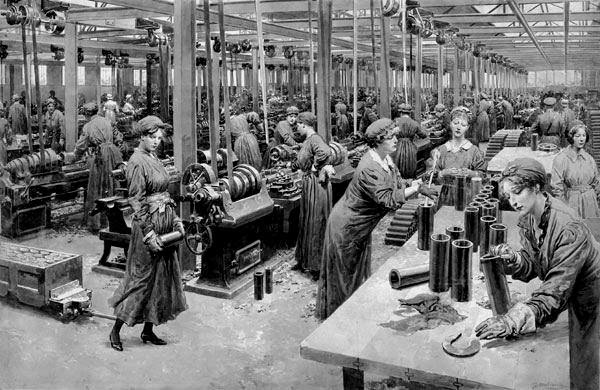 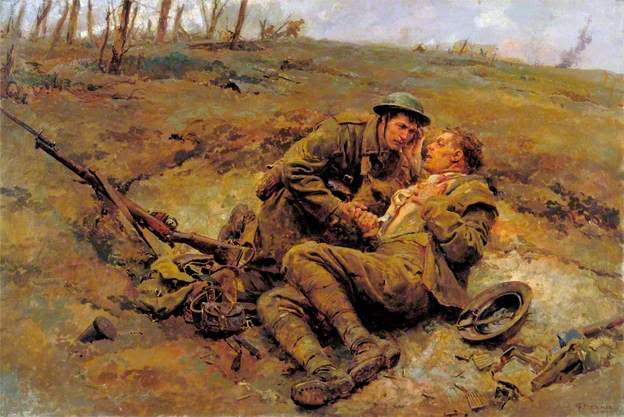 The Last Message
Matania seems to be best known as a war artist. He liked to paint pretty women, so the munitions factory scene is populated with them. 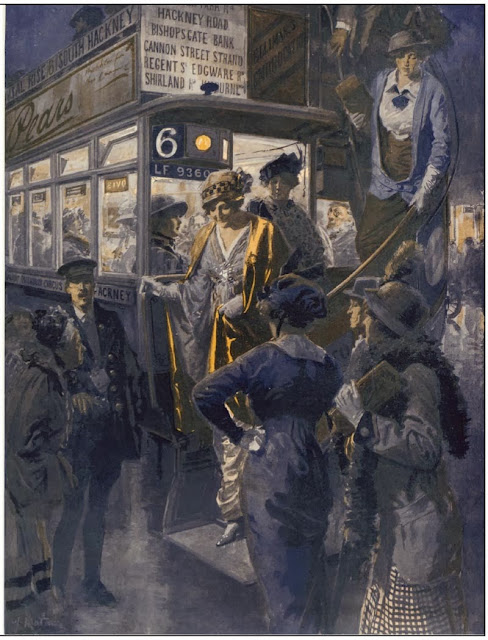 London Omnibus
This was probably painted only a few years after he moved to London in 1904. The omnibus route signs suggest that it went from the West End to northern boroughs, but here it is probably pictured near Piccadilly, to judge by the women's clothing.

Southport Wintertime, poster
I don't have a date for this poster, but one web site featuring it says circa 1933. There's a green car in the background with an early fastback body, so that inclines me to peg it more like 1935, but probably not much later. Note the Art Deco design on the front of the building. I seriously need to get my time machine fixed so that I can join that crowd.