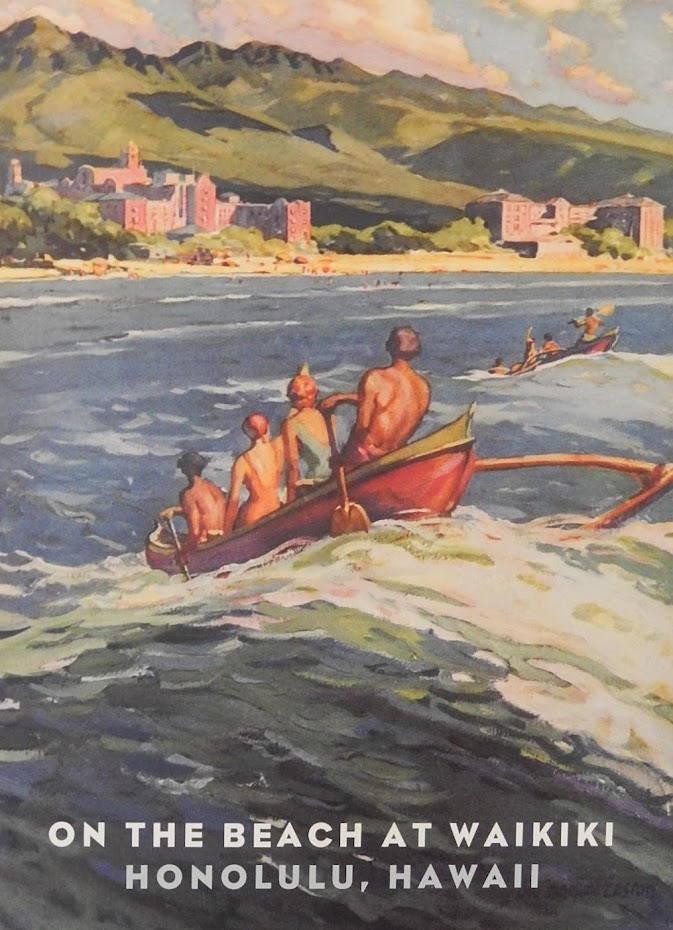 I could find next to nothing about Donald Masefield Easton (1896-1956) on the first few pages of a Google search, and almost no examples of his work.

The only reason I made the search and decided to write this post was because I finally discovered who illustrated one of my favorite vintage Hawaii tourist posters, the one you see above (slightly cropped from a photo I took). One of these posters was displayed in Honolulu's Royal Hawaiian Hotel along with a small plaque noting the artist's name. I had seen the poster elsewhere over the years, but without any indication of who did it.

As for the poster itself, I like it because of its early 1930s view of Waikiki when the only major buildings were the Royal Hawaiian (left) and Moana (right) hotels, and because it features a whiff of those toned-down color schemes popular during the 1920s. Clearly a case of false-nostalgia on my part. 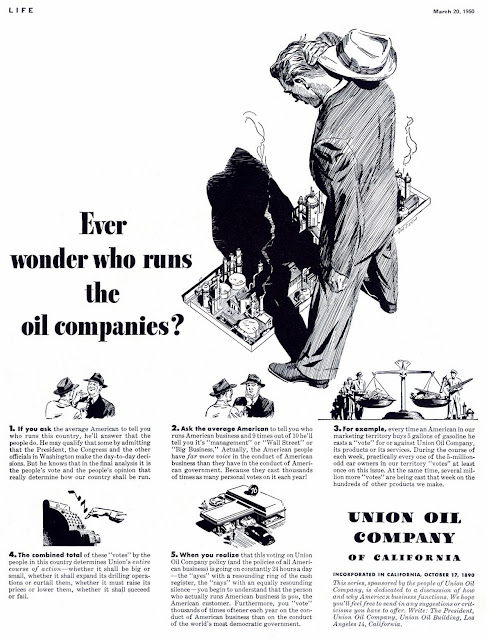 The examples shown here really aren't sufficient for a serious evaluation of Easton. Because they deal with the west (Union Oil was a West Coast firm), I'll assume for now that he was based in California, was able to make a living as a competent illustrator, but never made it to the New York - Chicago "big time" for illustrators of his generation.
Posted by Donald Pittenger at 1:00 AM

I came across an illustration signed Easton. I feel like it is the same artist in your blog. It was an illustration for a 1929 travel booklet to the West Indies. I would like to share that image with you. It is of a pirate on the shore with his gold booty, ship and sunset behind.

Nan -- Could you attach an image to an email? Address is dbpittenger (at) earthlink.net