Frank Wootton (1911-1998) is best known for his aircraft and automobile paintings and illustrations, but he also painted landscapes and illustrated travel posters, among other projects. The main biographical information I found on the Web was this obituary from the Independent that incorrectly has his birth year as 1914.

Wootton's poster work was done in a nice, clear style that nevertheless included plenty of detail to add visual interest.  His posters for air travel tend to have compositions where the main subject matter is curiously peripheral. Well, maybe not so curious after all, because a tiny image of an airliner can be found in those big, otherwise blank skies.

Wootton did a few posters for Britain's nationalized railway system after World War 2. 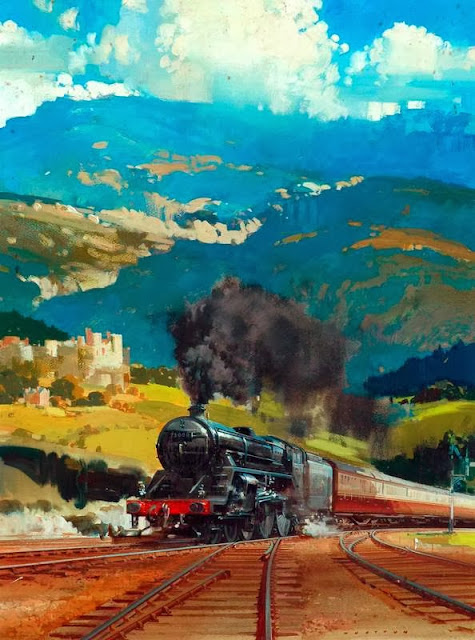 This is his painting for a poster titled "By Rail to Wales." 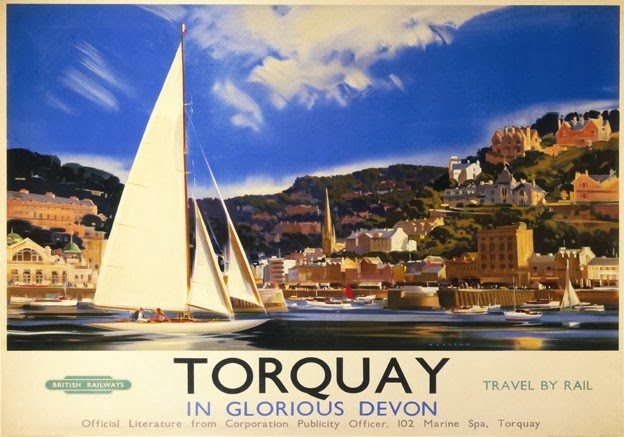 Below are some posters illustrated for BOAC, Britain's main international airline of the 1950s. 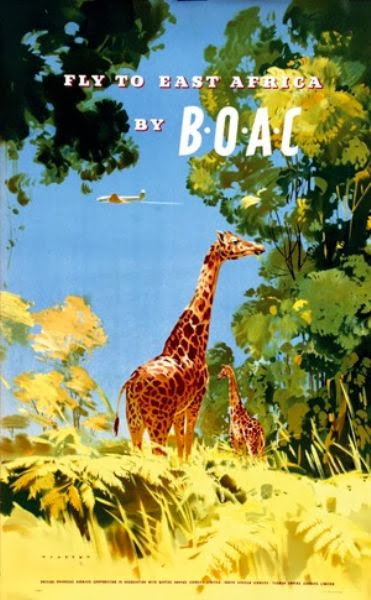 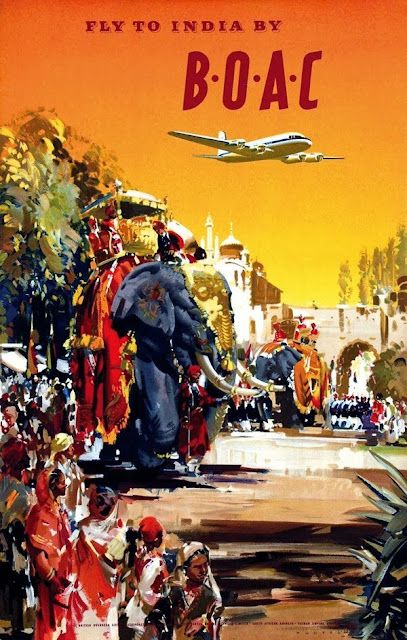 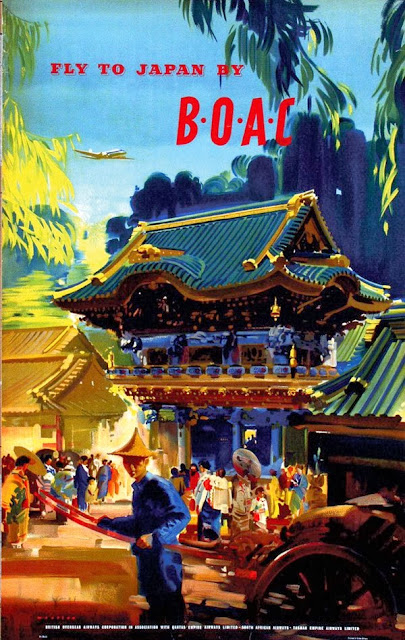 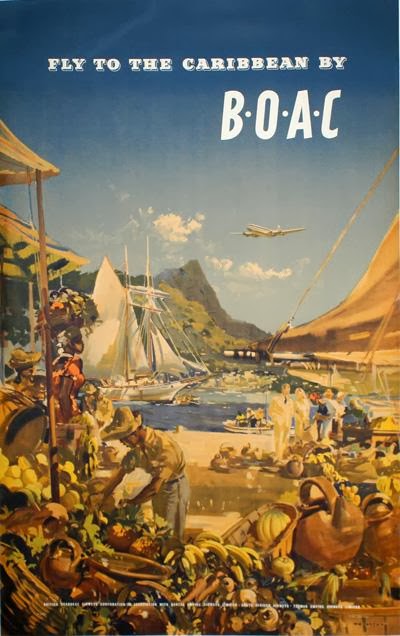 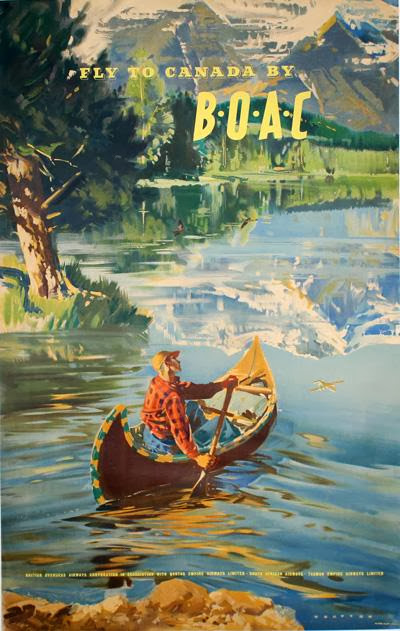 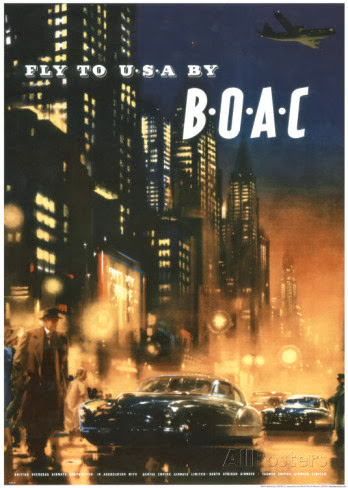 The poster immediately above is a personal favorite because I've always liked the way Wootton handled highlights on his automobile illustrations. The scene itself seems to be imaginary, an evocation of New York-ness from a foreign perspective. The cars are also imaginary, but suggestive of General Motors styling from around 1950. Wootton chose to portray American cars as being lower than they actually were in those days.

"Wootton chose to portray American cars as being lower than they actually were in those days." Or American pedestrians as very much taller.