Rico Tomaso (1898-1985) was active when mass-circulation "glossy" (referring to printing stock) magazines were riding high and illustration was still king. Maybe that has to do with why he is nearly unknown today. There were plenty of illustrators at work then including many of the best ever, and while Tomaso was very good, he wasn't quite top-tier. Or perhaps his luck wasn't quite as good as some more famous illustrators who weren't as talented (I could name names, but leave that as an exercise for you readers for now).

A side-effect is that there is little biographical information available on the Internet regarding Tomaso. His Wikipedia entry relies heavily on a tiny entry in one of Walt Reed's books on illustrators. It mentions that Tomaso was a teacher as well as an active illustrator, and that he also did fine art painting.

Therefore, all I can do for now is present for your evaluation some images of his that I could find on the Internet. 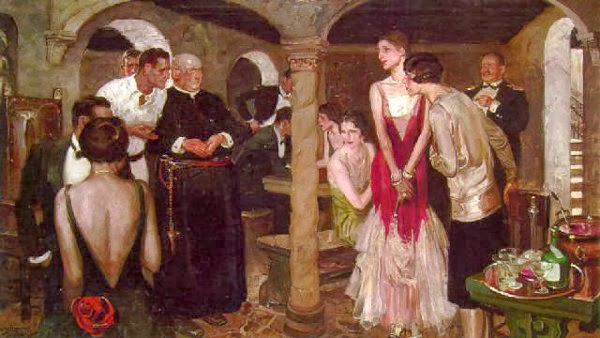 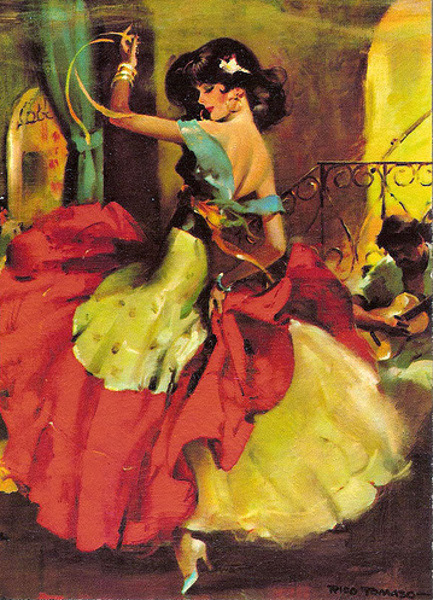 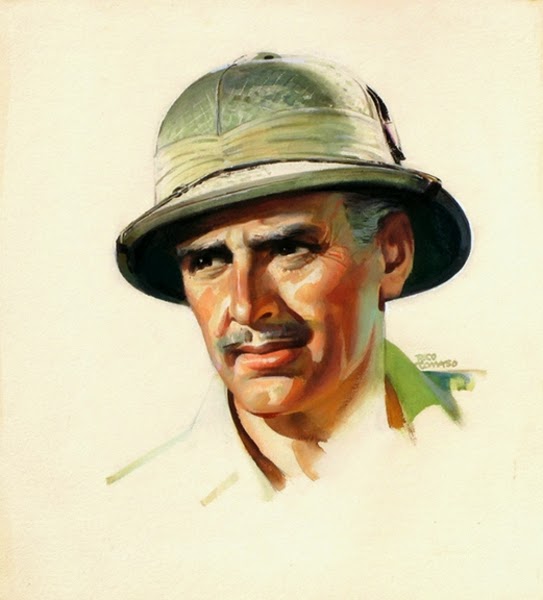 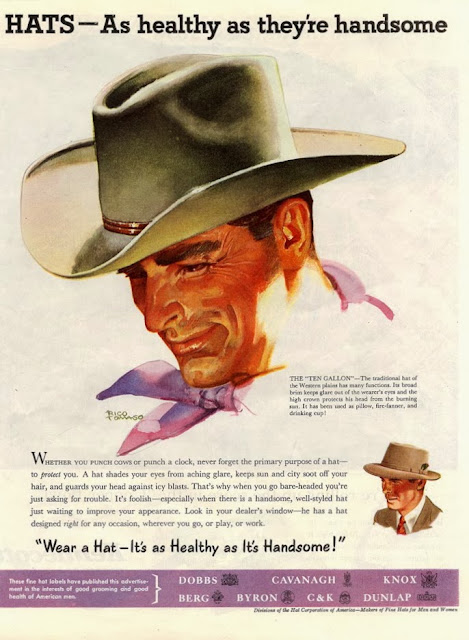 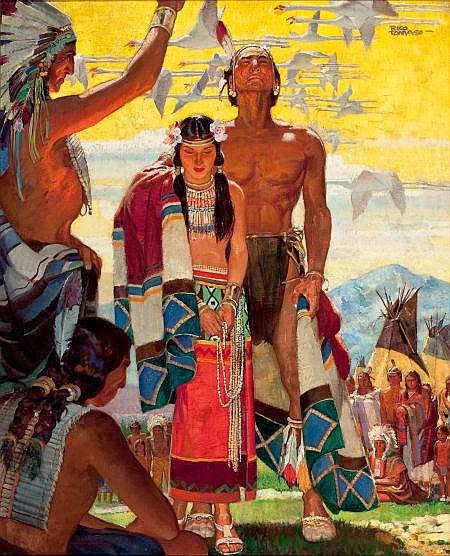 Indian Wedding
This was one of a series depicting weddings in different parts of the world.

Star Light, Star Bright
Successful illustrators often had to change their style to keep up with fashions in the field. This 1940s vintage illustration reminds me of Harry Anderson's work at that time.  I like the colors and brushwork.

Center of Attention - 1934
Very nice early-1930s upper-crust atmosphere here. Yes, there was a Depression going on, but Hollywood, Broadway and the slick magazines didn't lose their audience when they ignored it.

This is a delightful blog. I have just landed on it via the photo of the man in the pith helmet.

I am going to read the rest of the articles now.

I hope you are still posting!