The present post deals with Mead Schaeffer (1898-1980) when he was following the style that gained him success as an illustrator. Additional information on Schaeffer is here. Previous posts about Schaeffer in this series are here, here and here.

Featured here is an illustration for "Lucy of Limehouse: Greater Love Hath No Man -- or Woman" by Samuel Bertram Haworth Hurst in the August 1933 issue of Good Housekeeping magazine. 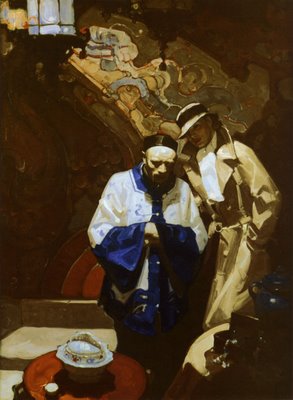 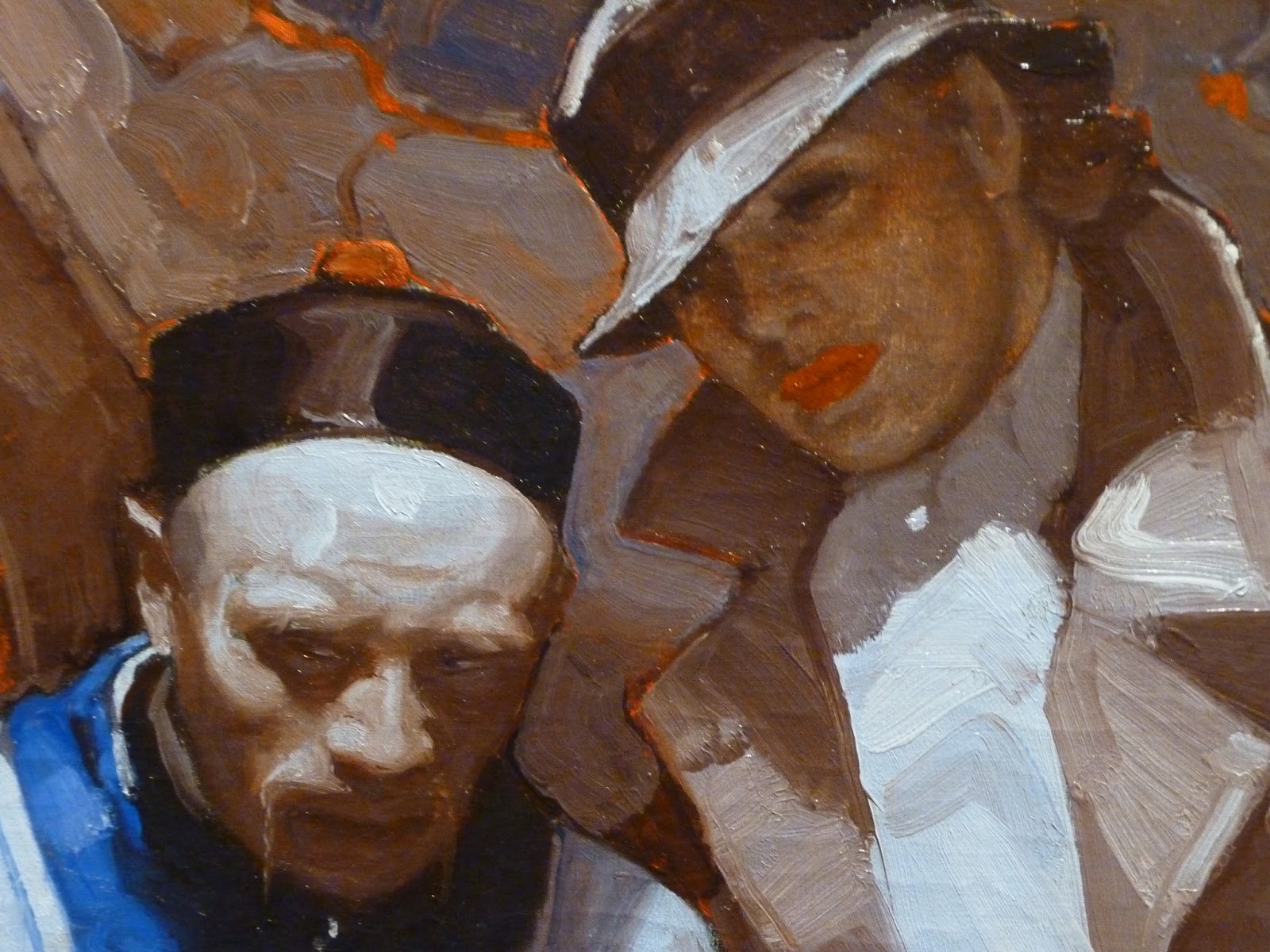 The reference image from someplace on the Internet was the one I was familiar with, so it surprised me to find the Kelly original with subdued colors. I prefer the altered version. The detail image shows the bold, but more controlled brushwork Schaeffer was using by the early 1930s in contrast to some of his 1920s swashbuckler illustrations for books. By the 1940s, his style evolved to sedate, "just the facts, ma'am" artwork that was of course competently done, though not as interesting (to me, anyway) as his earlier work.
Posted by Donald Pittenger at 1:00 AM