Jules-Alexandre Grün (1868-1938) is perhaps best known as a poster artist, having worked for the great Jules Chéret. But he also painted, which is the focus of this post.

Most of his paintings that I could find on the Internet are crowded social scenes, often containing small portraits of people well-known at the time he painted them. In a way, Grün picked up on social scenes from the Danish painter Peder Severin Krøyer (1851-1909) after the latter died.

Those paintings are necessarily "busy" compositionally, but Grün was skilled at it, and the works draw viewers into the details of the depicted people. 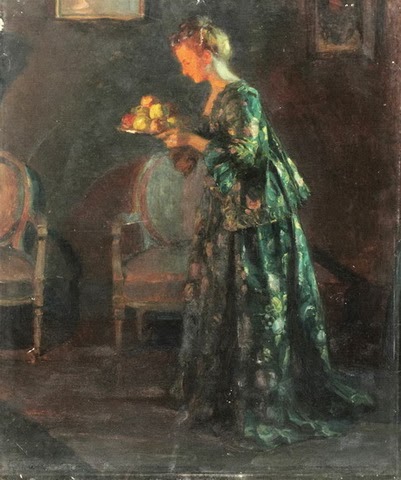 Oops, here is painting of just one person, a woman serving fruit. 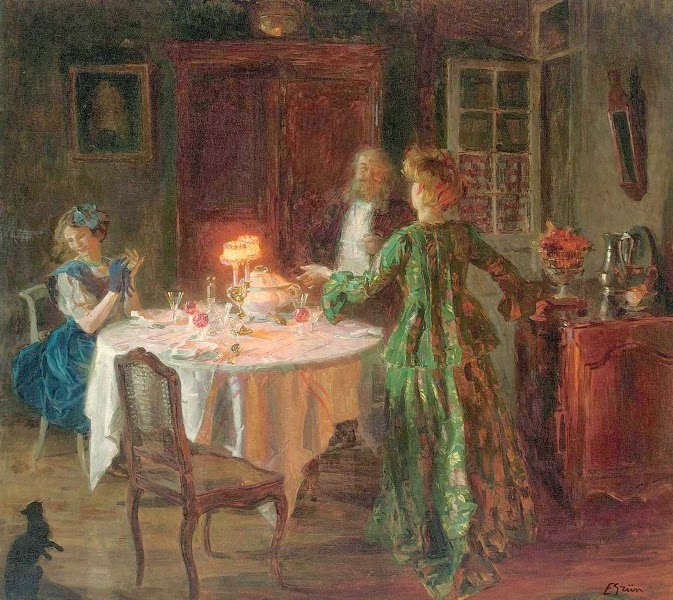 But here she is again in this social setting. 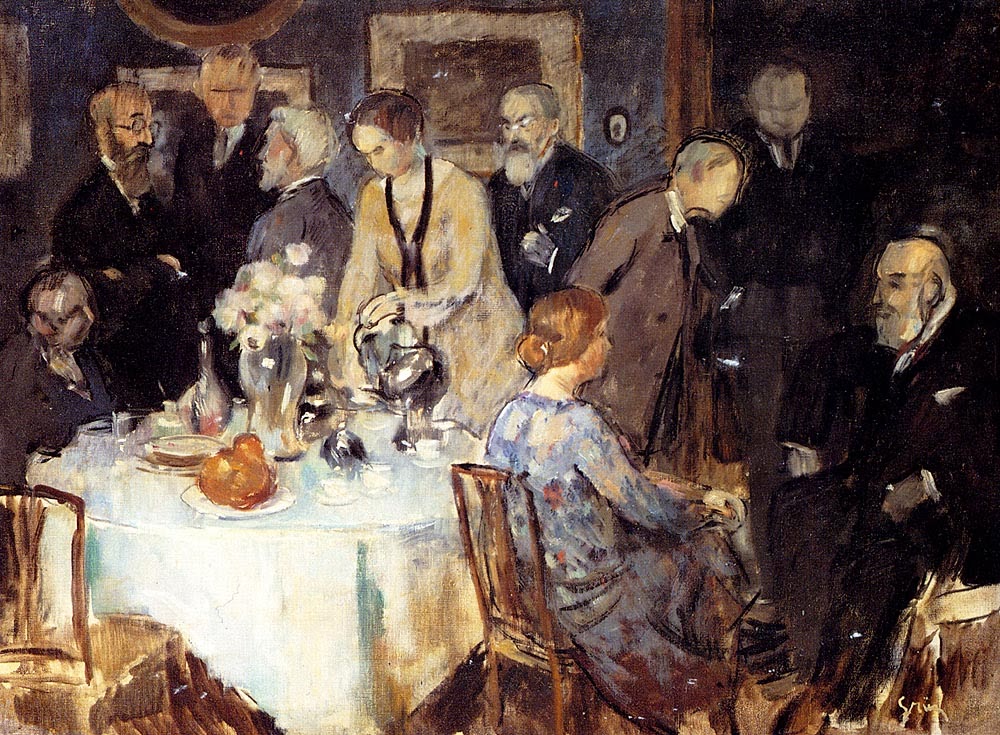 This seems to be a study for Un groupe d'artistes. 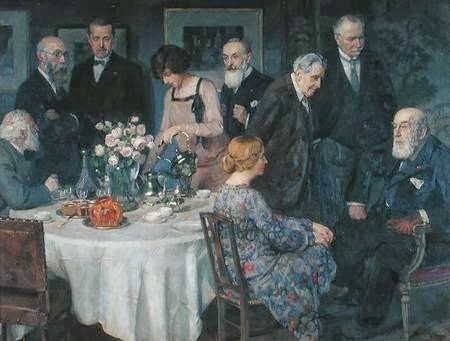 This large paintings is titled "Friday at the French Artists' Salon," painted in 1911. 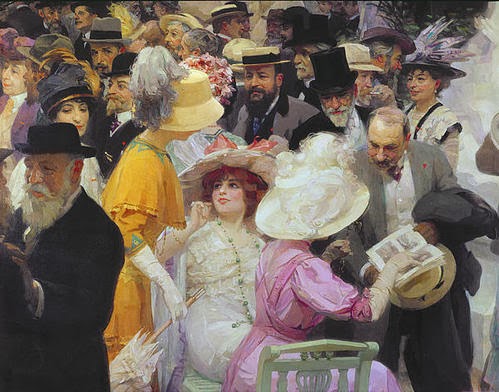 This is a detail from the above. 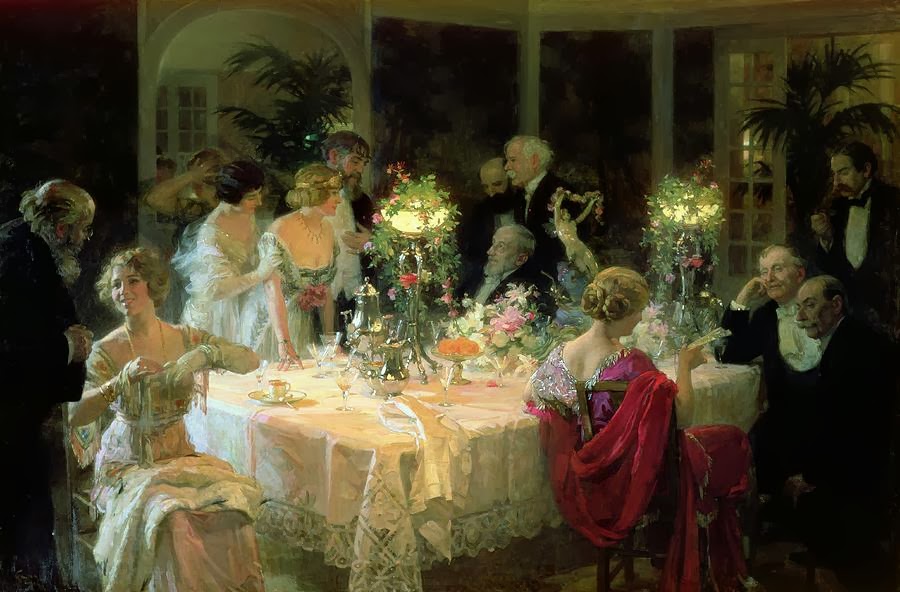 My favorite Grün is Fin de souper, 1913. The young woman at the left seems entrancing. I wonder who she was.

Older men with pretty young women - what could possibly attract you to that, Don? Or me, come to that?

dearieme -- Want more evidence? Scroll down a few posts to the earlier one on Favretto to see his take on Susanna and the Elders.

Challenging compositions with so many figures. As beautifully painted as they are, the study is the one I like best.

The women are lit, and the men in shadow. Except for one delightful gentleman at the right, hand on cheek, with the tip of his finger reminding him to listen. A rare bird.