Albert Guillaume at the Theatre

Albert Guillaume (1873-1942) was a French illustrator and painter with a satirical mindset. His Wikipedia entry is here.

Guillaume usually poked fun at the haute bourgeoisie, so for this post I decided to present some of his works dealing with the theatre. 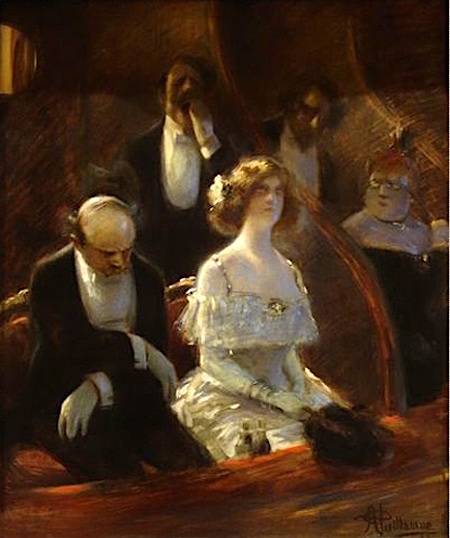 Musique savante
The music lover seems inspired, but I'm not so sure about the others nearby. 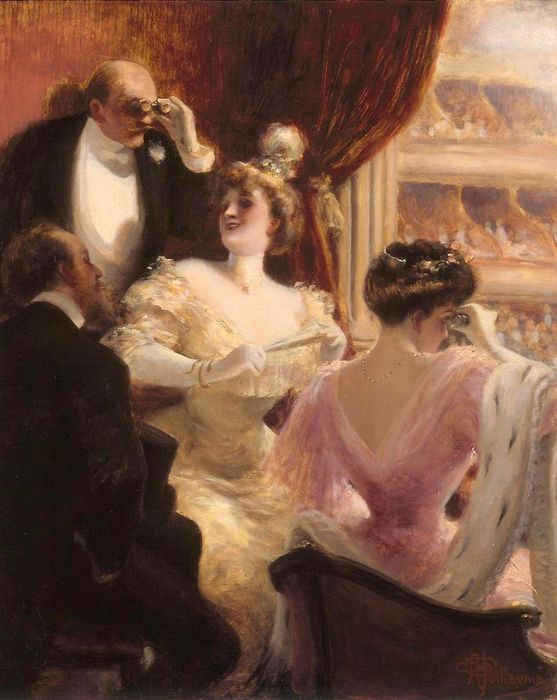 La Loge au théâtre
He tended to depict pretty younger women with older men, so maybe there was a good deal of that during the Belle Époque and later. 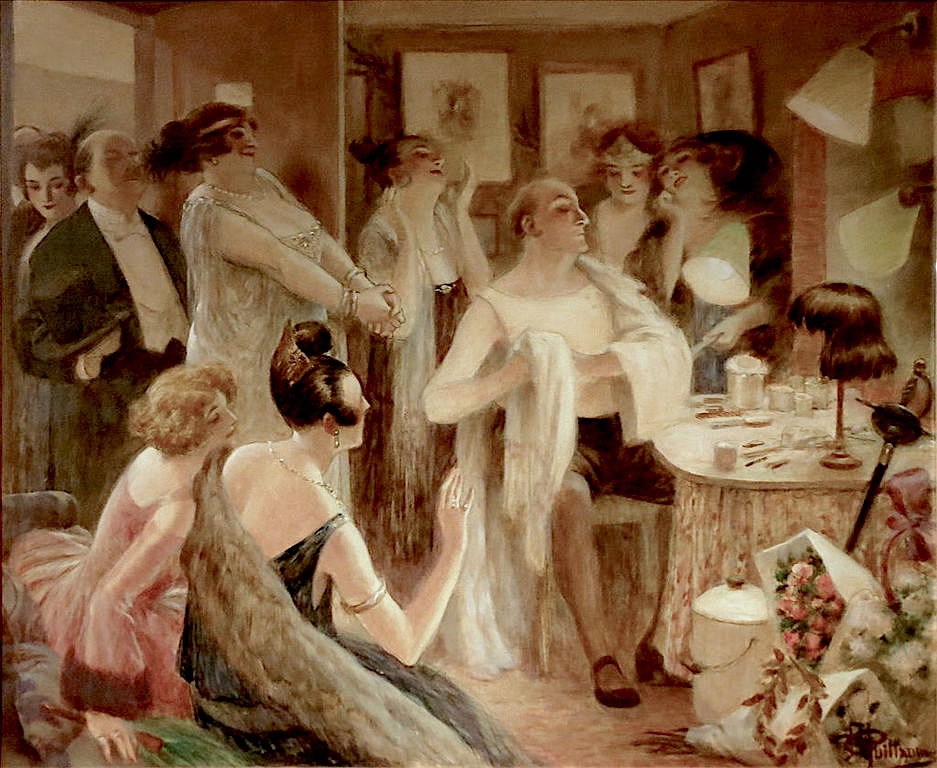 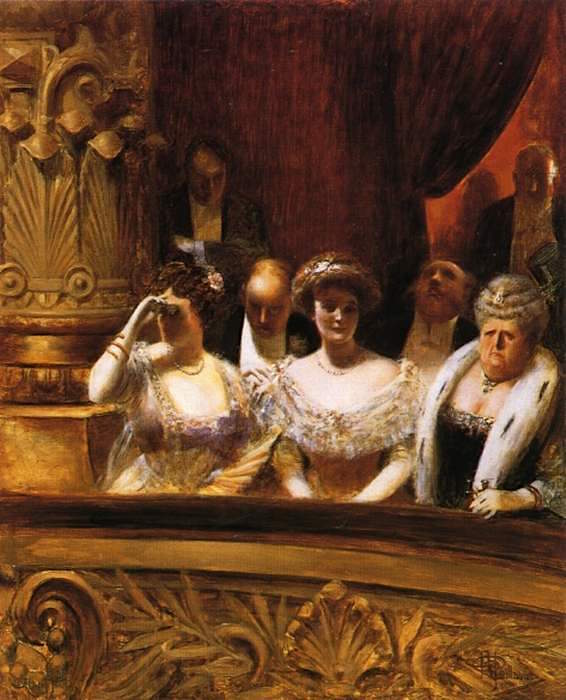 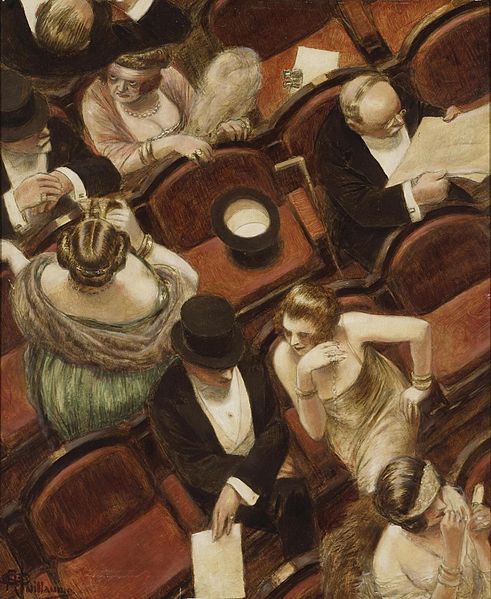 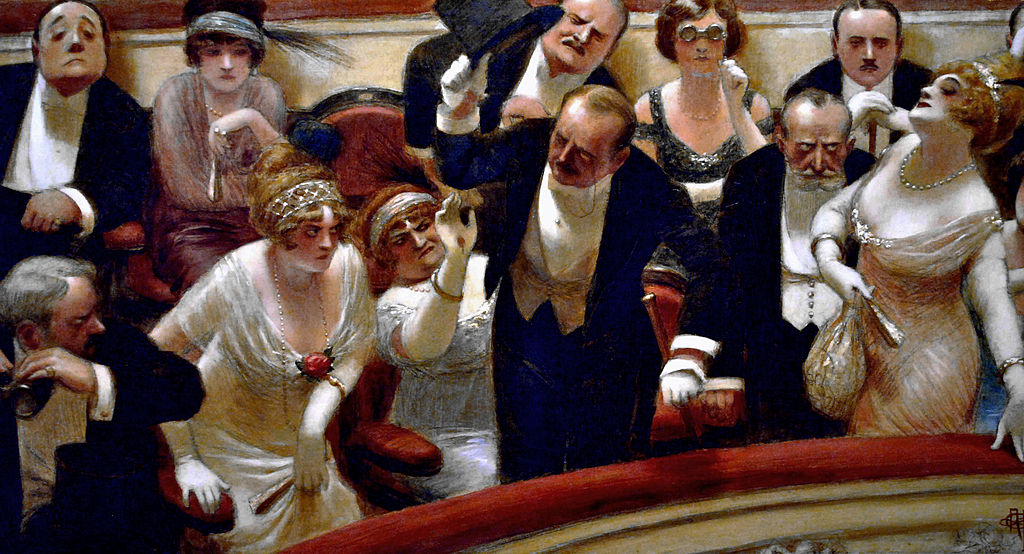 Les retardataires
The performance of the late arrivals.

Another nice post - thanks. This guy could really see through people.