Up Close: Some Sargent Brushwork 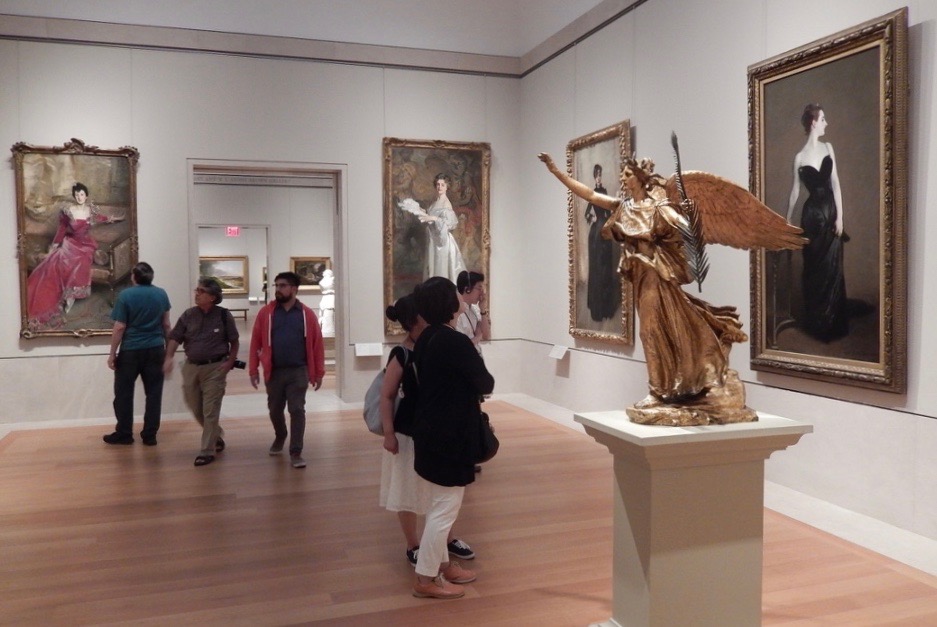 For example, New York's Metropolitan Museum of Art now has a room with several fine examples of his portraiture, as the above photo I took in September shows.

One of his paintings on display is the dual-portrait of Isaac Newton Phelps Stokes and Edith Minturn Stokes. The museum has this to say about it. 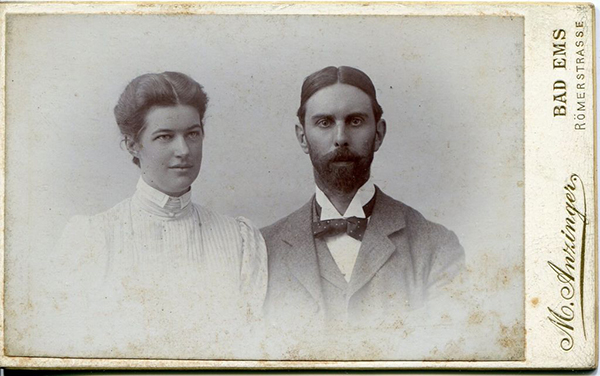 And this is what they actually looked like around 1897 when Sargent painted them. Both were age 30 and married when they were 28. 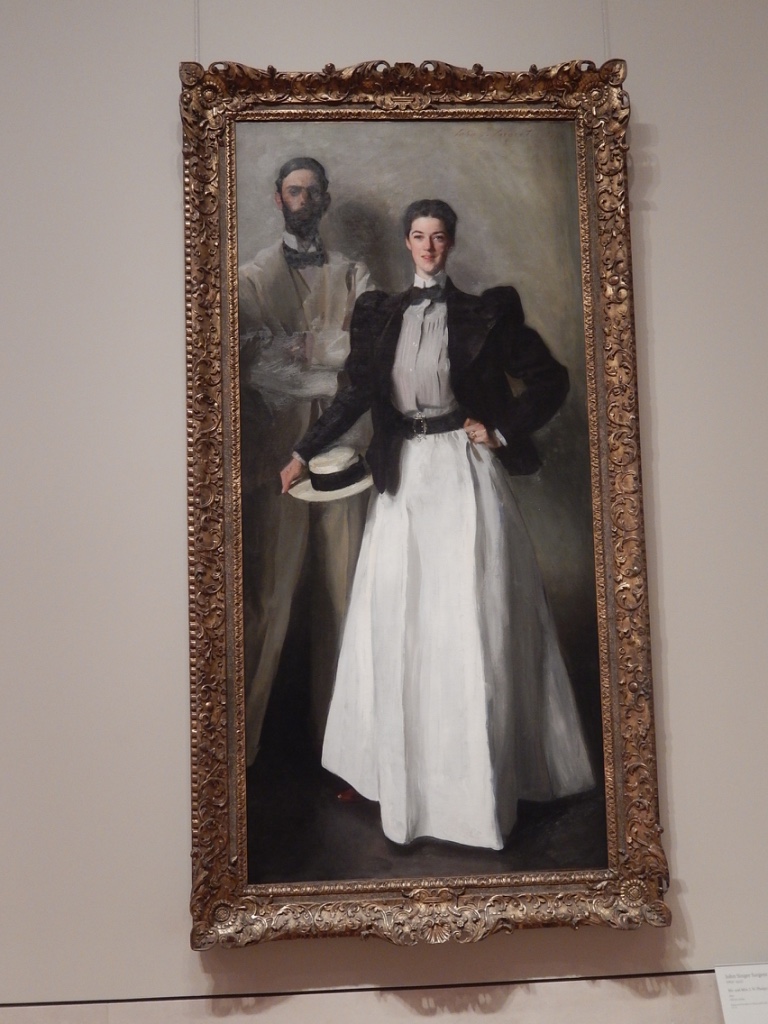 Here is the establishment photo I took. For once its colors aren't grossly far from those in the photo the museum took of it, shown above. However, my photo is slightly skewed towards the red. Getting accurate results when photographing in museums is a matter of luck, I've found. The source of trouble is the artificial lighting. 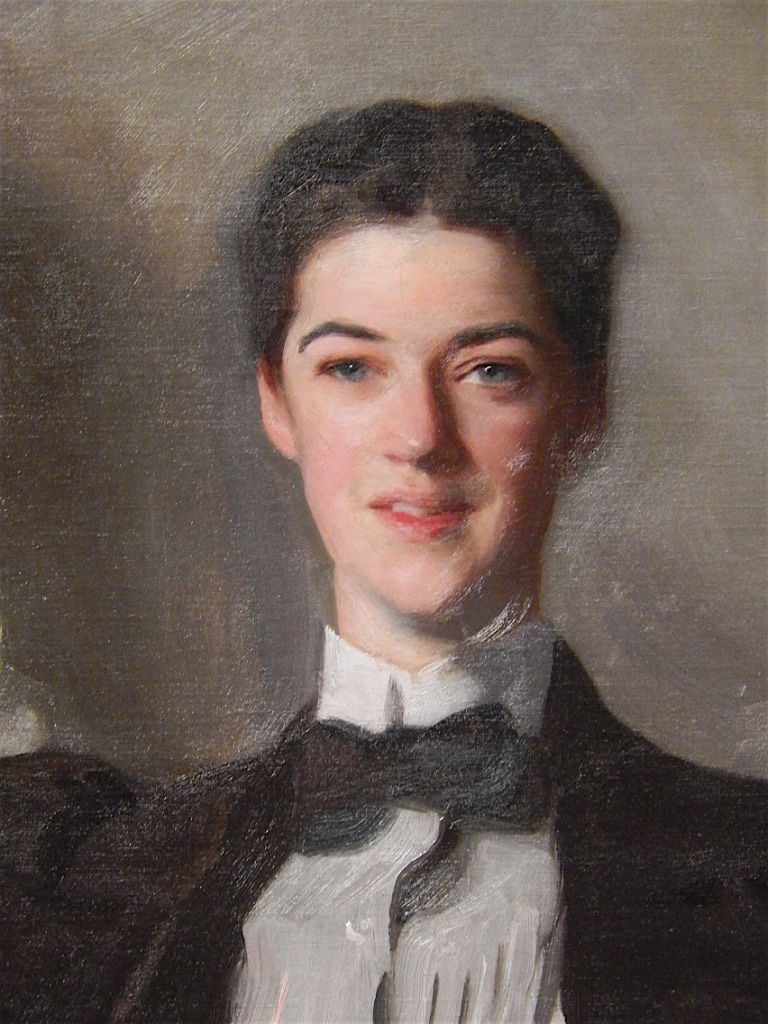 My close-up of Edith. Sargent slightly exaggerated the height of his two subjects in the same manner fashion illustrators ply their trade.  He does capture the uneven setting of her mouth, but the eyes seem a bit odd and the light and shading of her nose also seem a little off. Viewed from a normal distance, these quirks matter little. You can see that Sargent touched up the background in places close to her head.  Also, her collar does not wrap around her neck, but he apparently didn't think it worth the trouble to tidy up that defect. 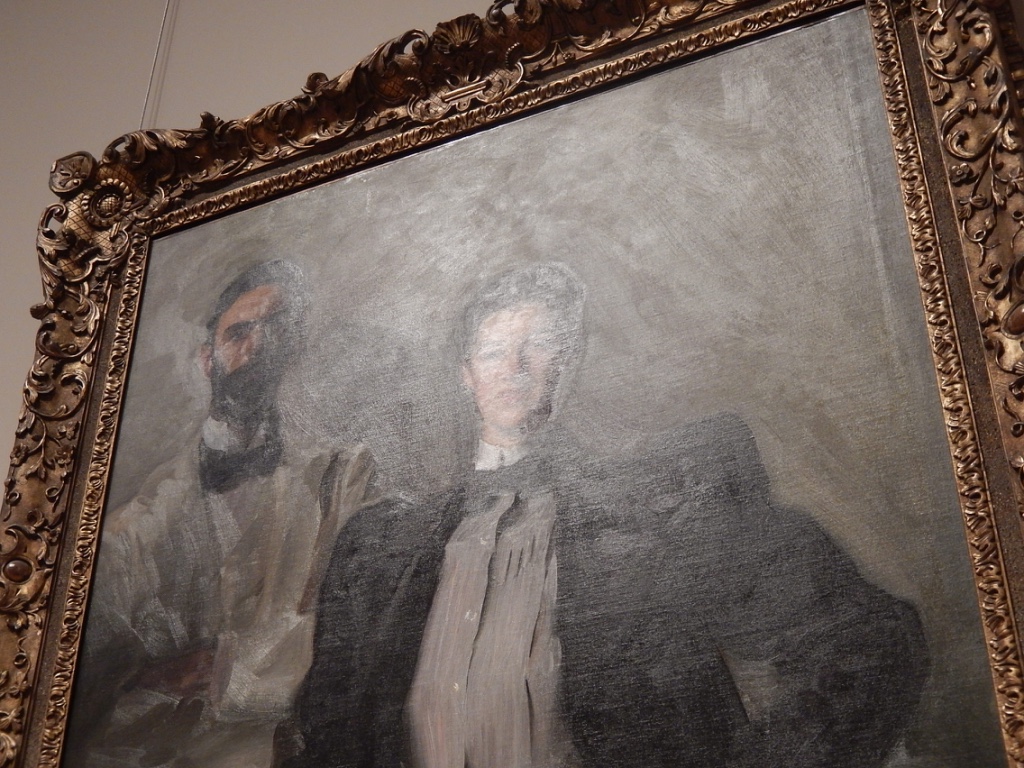 I took this photo to show how museum lighting can reveal some of the surface texture of a painting.  The facial close-up also has some reflections of museum lighting off edges of Sargent's brushwork. He seems to have used oil-rich paints, but as the image above suggests, he didn't paint thickly. It's possible that some of the effects seen here are due to varnishing brushwork, rather than the basic painting. The canvas patch on the right shows up strongly here, though it is evident in the museum photo if you look closely.
Posted by Donald Pittenger at 1:00 AM

I think it is fascinating that the man is almost non-existent in this portrait. She is so obviously the subject of the Portrait. I'm curious of the decisions for this. It almost feels like he was Commissioned to paint her, not the couple.