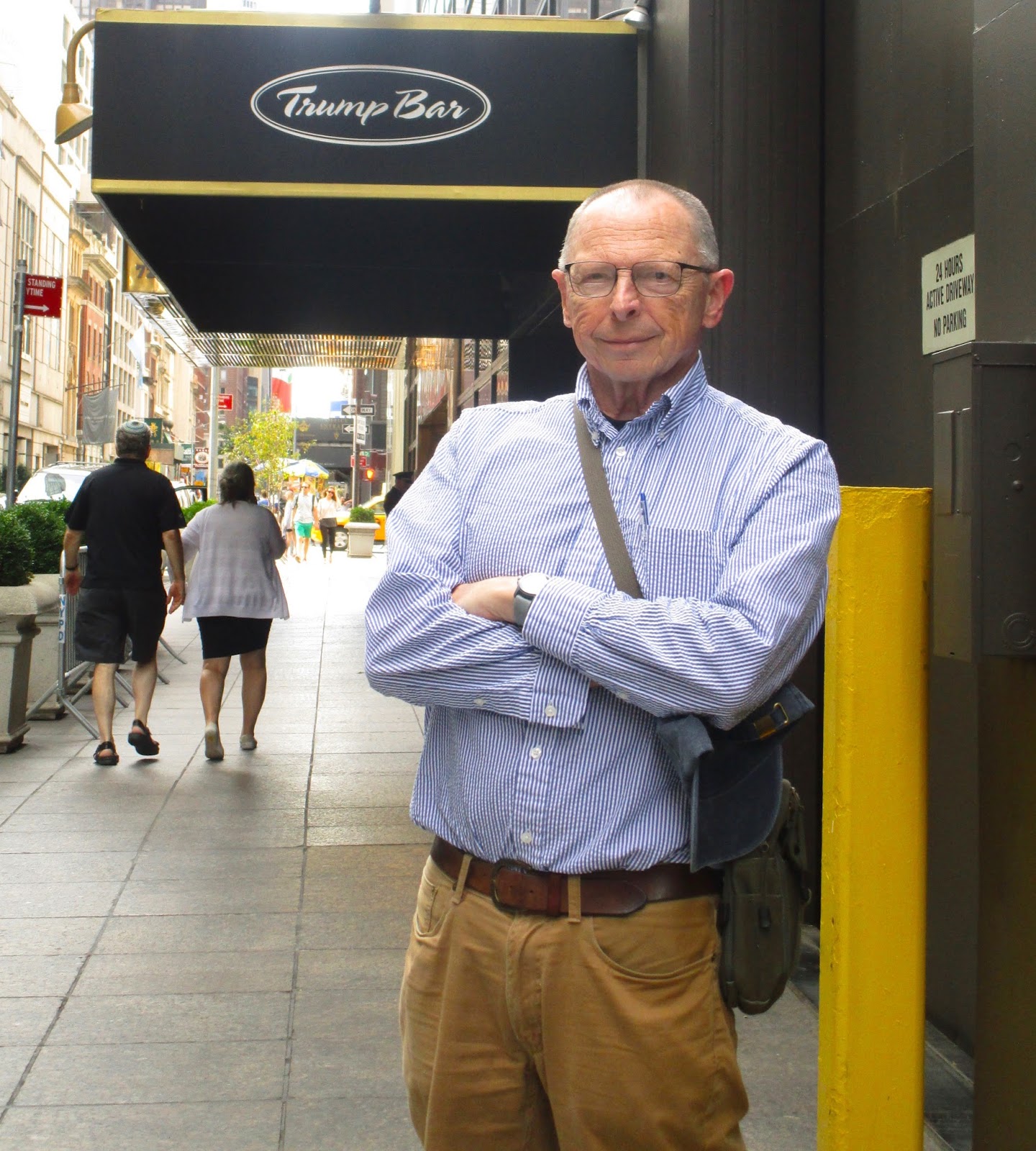 I spent around ten years within striking distance of New York, but have hardly visited the place since the late 1980s. My wife wasn't a big fan, and it had lost much of its charm for me as well. As it turned out, we had a nice two-day stay -- especially because our hotel was at Park Avenue and E. 50th Street, a nicer neighborhood than, say, Times Square and the theatre district.

While poking around, I took some photos of buildings that interested me ... buildings put up since the years when I lived closer. 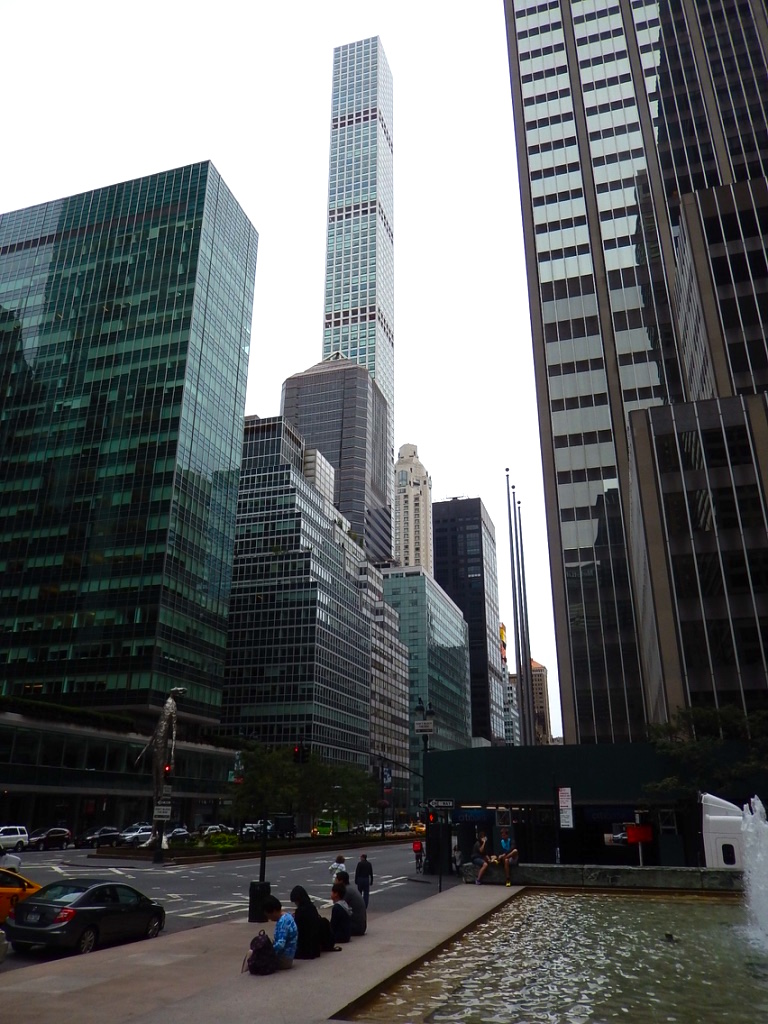 432 Park Avenue
The second-tallest building in the city, it contains 104 condominiums in 84 floors and was completed late 2015. Its Wikipedia entry is here.

At the time this post was drafted, the entry stated: "Designed by architect Rafael Viñoly around what is described as "the purest geometric form: the square" and inspired by a trash can designed by Josef Hoffmann..."

What foolishness. What sophistry. What a commentary on modernist aesthetic thinking.

Perhaps Viñoly was joking. Even so, the building is ugly, being poorly proportioned (much too thin for its great height) and boring to view (despite a few window pattern break zones). No wonder the Wikipedia entry states (as of this writing) that 432 has not been well received by average New Yorkers. Me? I hate it.

As for the photo, two modernist architecture classics frame the scene. The plaza and pool in the foreground are on the site of Mies van der Rohe's Seagram Building. The building at the left is the Lever House, the first International Style building on Park Avenue. 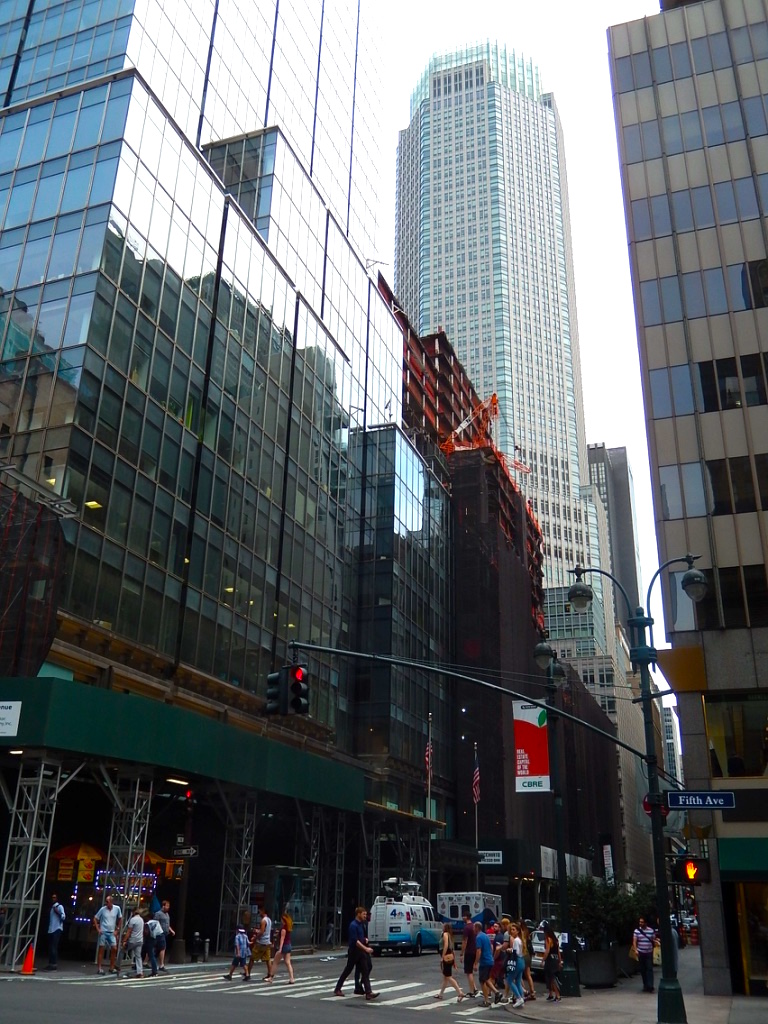 383 Madison Avenue
This office building opened in 2002, and more information can be found here. I include it due to its non-rectangular cross section and the detailing at its top. Not first-rate skyscraper architecture, but better than most of the new New York high-rises. 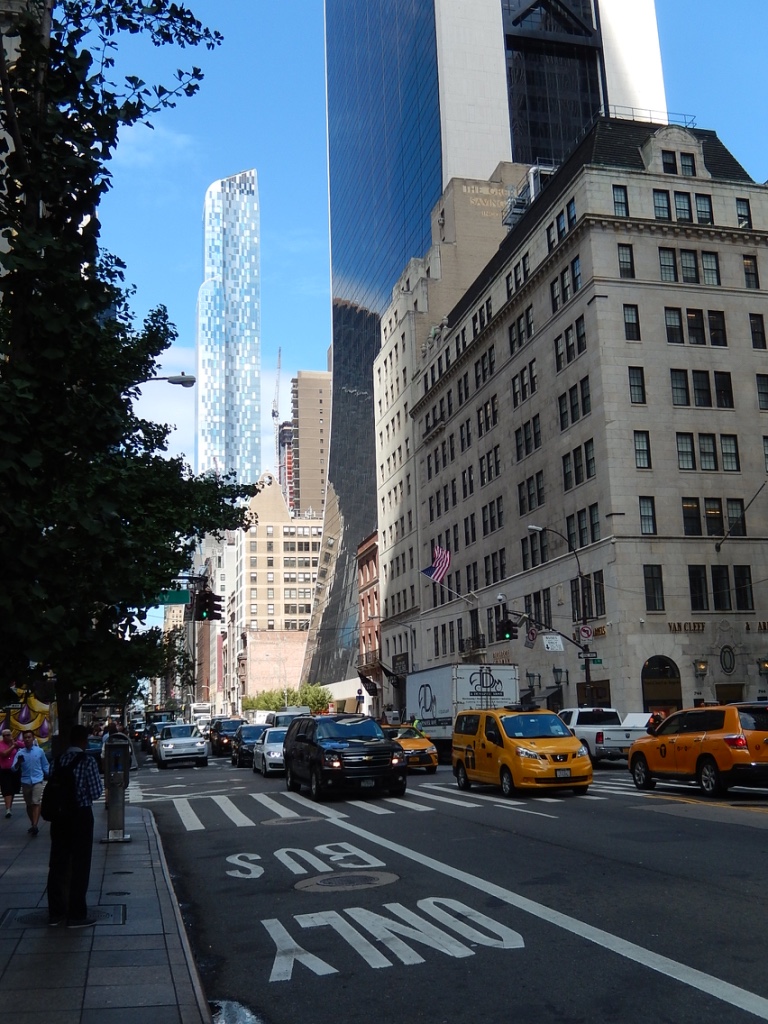 One57
Set atop a 210-room Hilton hotel, the tower contains 92 condos. It was completed in 2014. Its Wikipedia entry is here.

I happened to catch it on a clear day where its exterior coloring created an intriguing image, as this photo suggests.  Otherwise, it's just one of those attempts at making the shape of a building a huge piece of simplified sculpture. 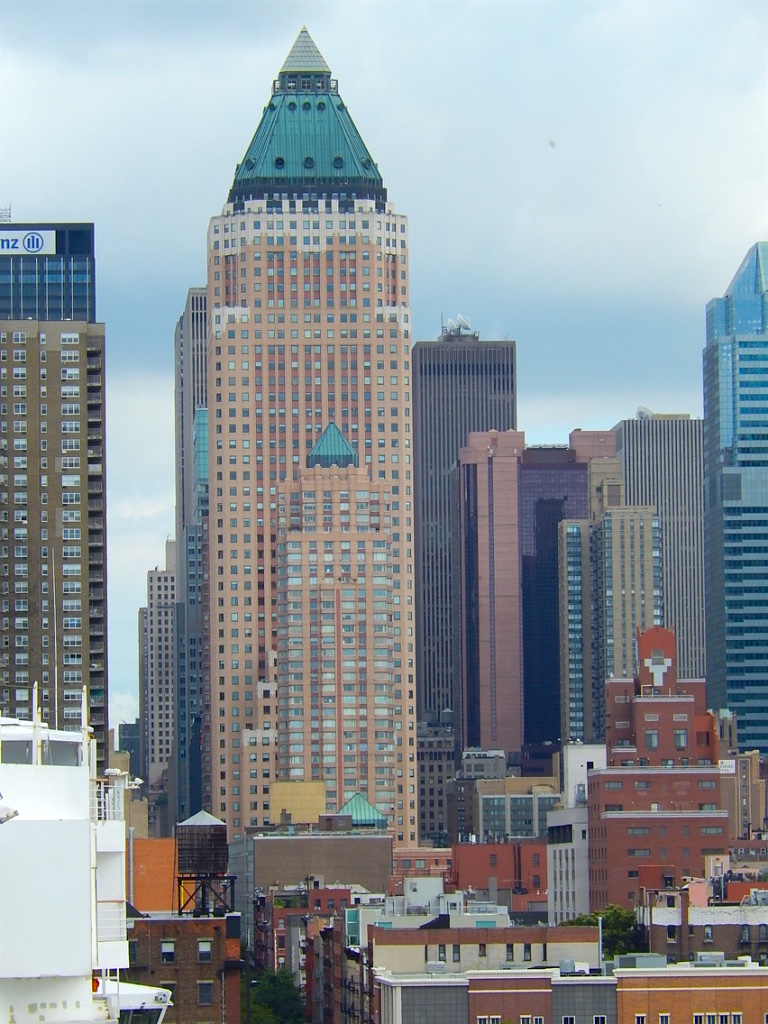 One WorldWide Plaza
Part of a three-building complex, the office tower was completed in 1989, as stated in its Wikipedia entry. The design harkens back to late-1920s skyscrapers. For me, that's a plus because the combination of solidity and ornamentation usually created a pleasing visual effect.
Posted by Donald Pittenger at 1:00 AM

Looking from Queens, the building at 432 Park changes the city's skyline to a startling degree.