Maxfield Parrish (1870-1966) was famed in his day as an illustrator and painter. The advent of modernism forced him towards eclipse, but his reputation has grown considerably in recent decades. His Wikipedia entry is here.

Parrish's works seem to be mostly in private collections along with a few scattered museums. For many of us, the most conveniently seen examples are murals in two bars. The west coast example is his Pied Piper mural at the Palace Hotel in San Francisco. The other is the King Cole mural in New York City's St. Regis Hotel. The locale is the King Cole Bar that I briefly visited last September.

The mural dates to 1906 and has been in the St. Regis since 1932. Happily, it was given a cleaning a few years ago, as this New York Times article mentions.

Here are some photos from our visit.

Here it the whole huge thing. It is comprised of three joined canvas panels, the joins being clearly visible. 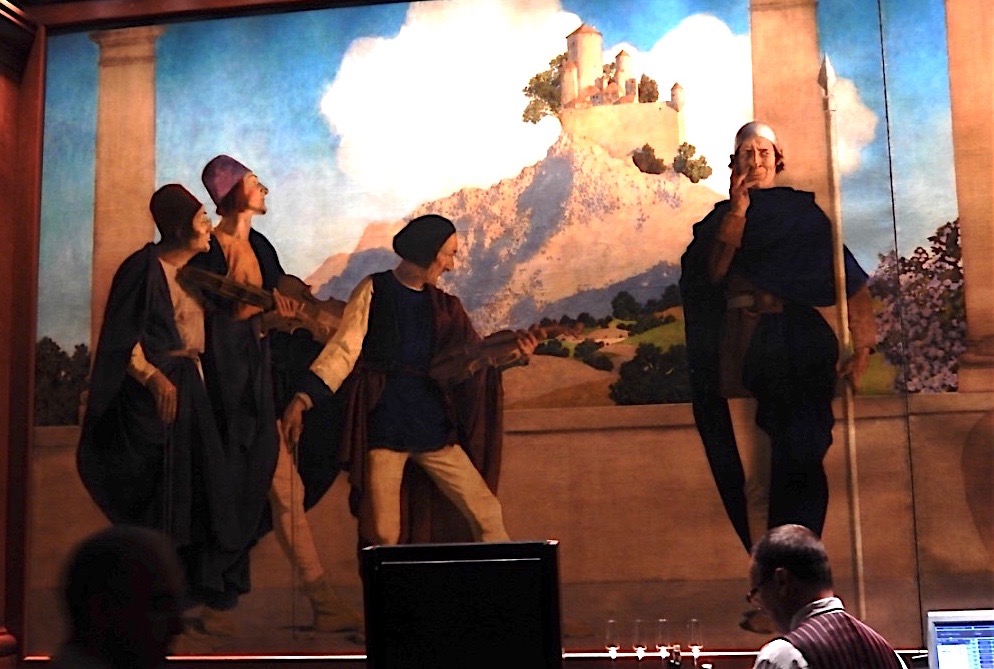 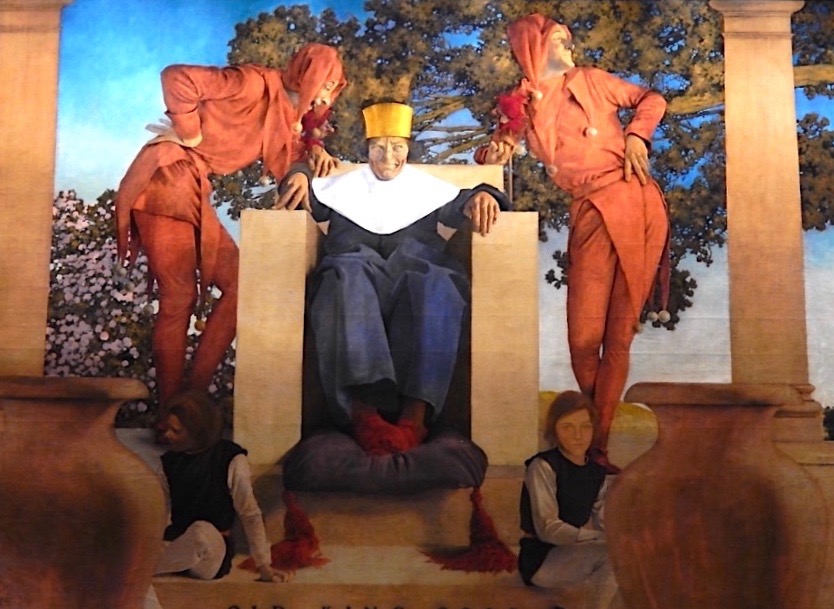 The central section where King Cole occupies his throne. 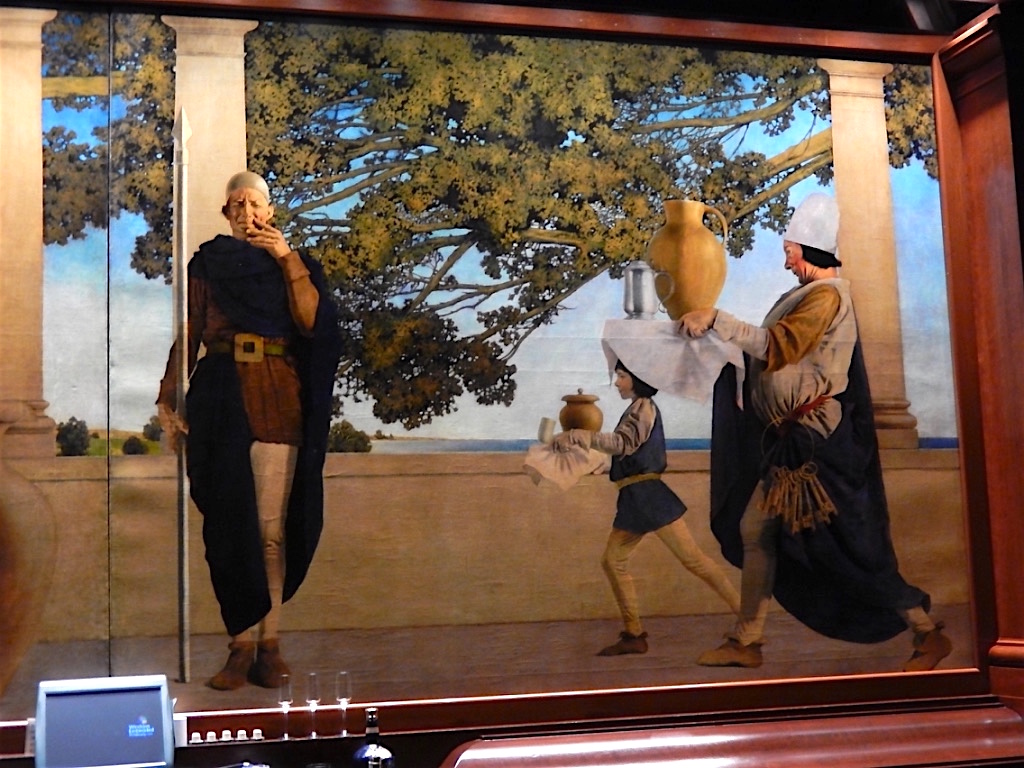 The right hand section showing the arrival of his pipe and bowl (that seems to be a jug here).

A close-up of Cole taken by my wife who seems to have had her camera's flash activated, to judge by the colors compared to my non-flash photos. King Cole is wearing glasses that fog over his right eye. Moreover, he doesn't seem to be "a merry old soul," as the poem would have it. Elsewhere on the Internet can be found a possible explanation, and I leave it to any interested Constant Readers to discover this on your own.