Anders Zorn (1860-1920) is generally placed with John Singer Sargent and Joaquin Sorolla in the top rank of late-19th / early 20th century portrait painters. I posted about him here and here.

It seems that New York's Metropolitan Museum of Art has a very nice Zorn portrait, that of Mrs. Walter Rathbone Bacon (Virginia Purdy Barker), made in 1897 and presented to the museum by her in 1917.

Since I seldom get to New York City these days and visit the Met even less often, I have to wonder if the portrait of Mrs Bacon has been on display very much. But it was on display when I visited early last September. Hence, the present post. 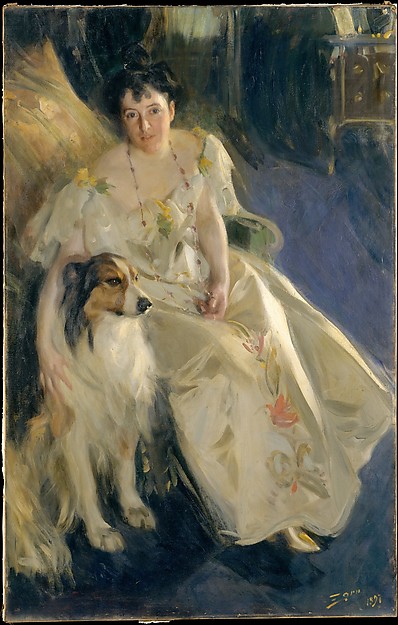 This is the image of the painting found here on the Met's web site. If you click on it, your computer should be directed to an image that allows you to greatly enlarge areas of it you select. Seriously Up Close, in other words. One thing about the image: It is more yellowed than it appeared on display. I have to assume it was cleaned since it was photographed. 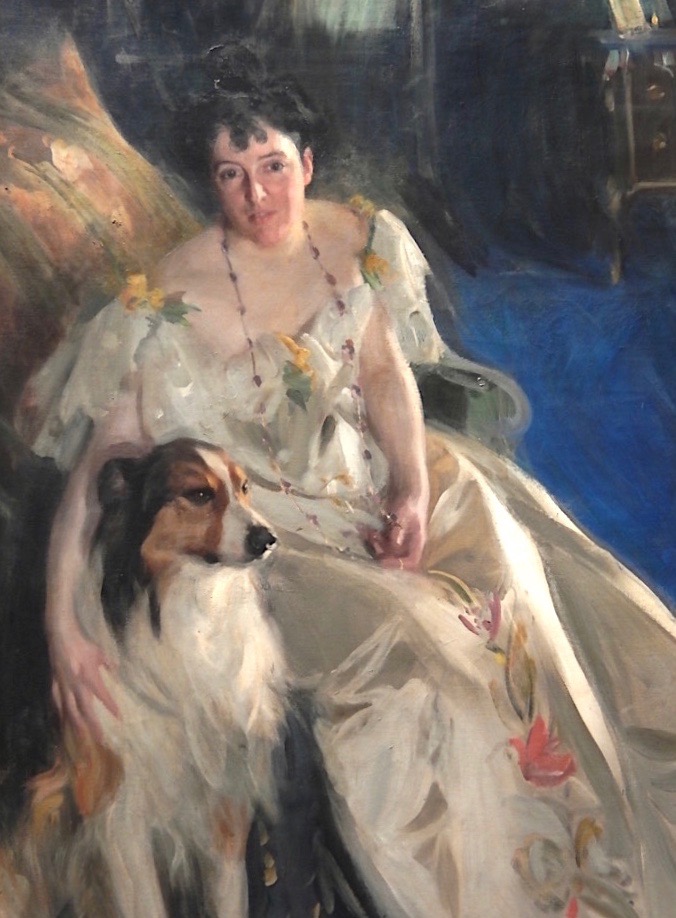 This is a slightly cropped and doctored version of a photo I took during my hurried visit.

If the model is a classy attractive lady with (presumably) a wealthy husband, the portrait needs to be relaxed and friendly. I think Anders Zorn was clever, depicting Mrs Bacon in an informal family setting, graceful but not rigid.