André Edouard Marty (1882-1974) was an École des Beaux-Arts graduate best known for fashion illustration. Two brief biographies are here and here. They both note that Marty was one of four artists whose work appeared every year of the existence of leading fashion journal Gazette du Bon Ton (1912 to 1925).

The Bon Ton featured color illustrations produced by the pochoir (stencil) method. A description is here. Below are examples of Marty's work, some in pochoir, others using more conventional, less tedious methods. 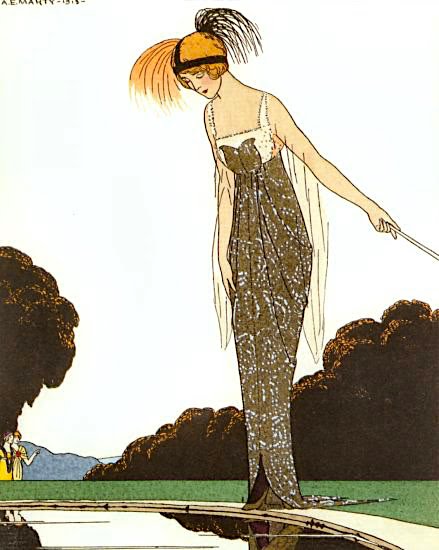 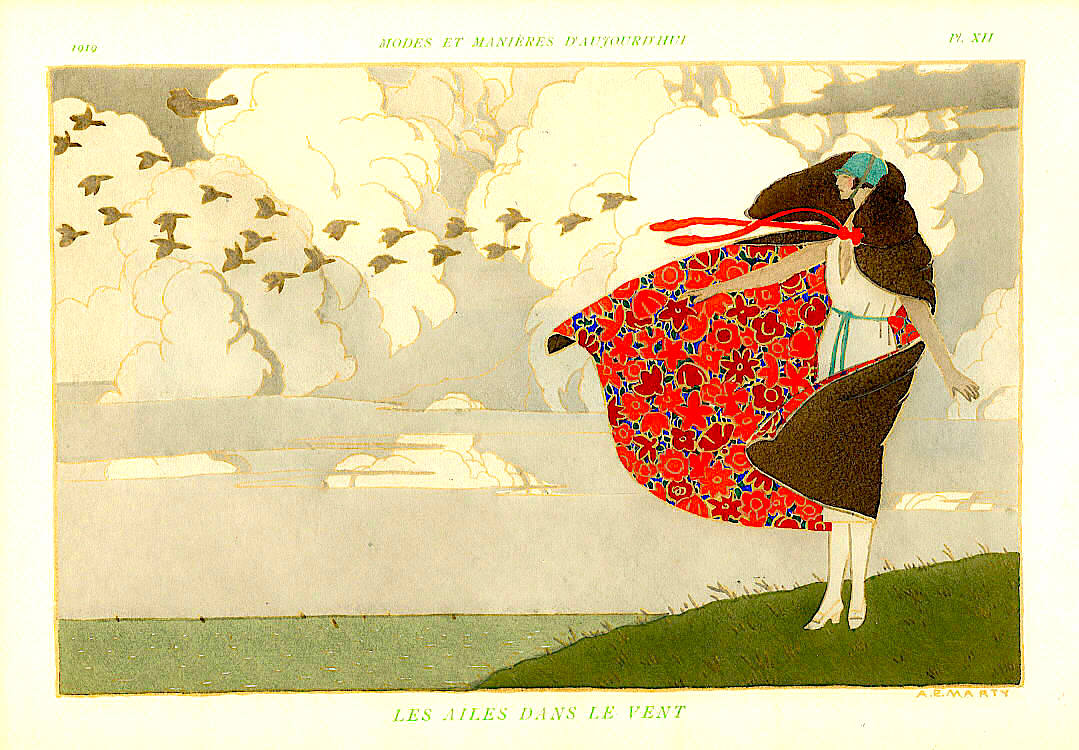 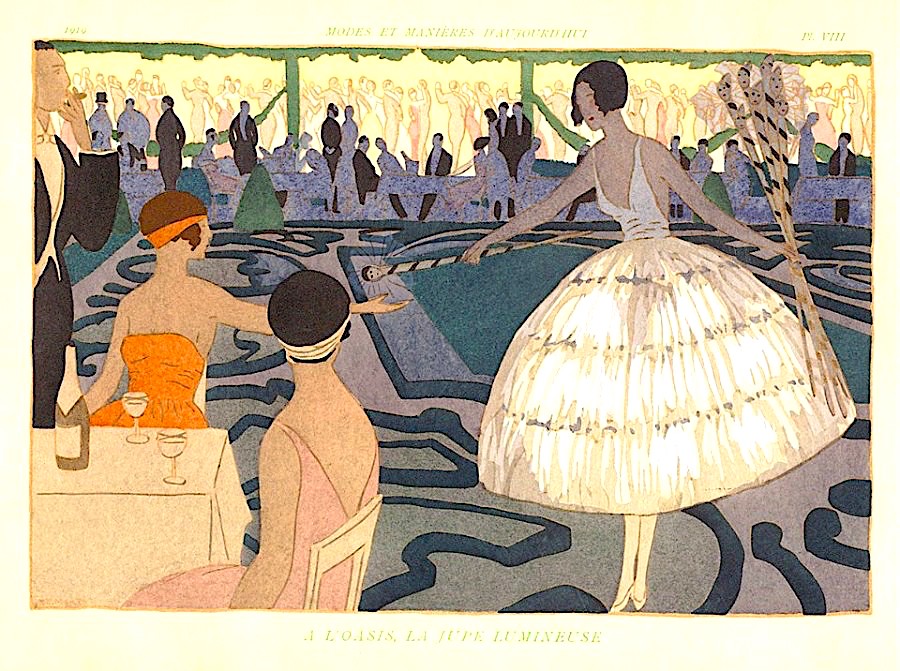 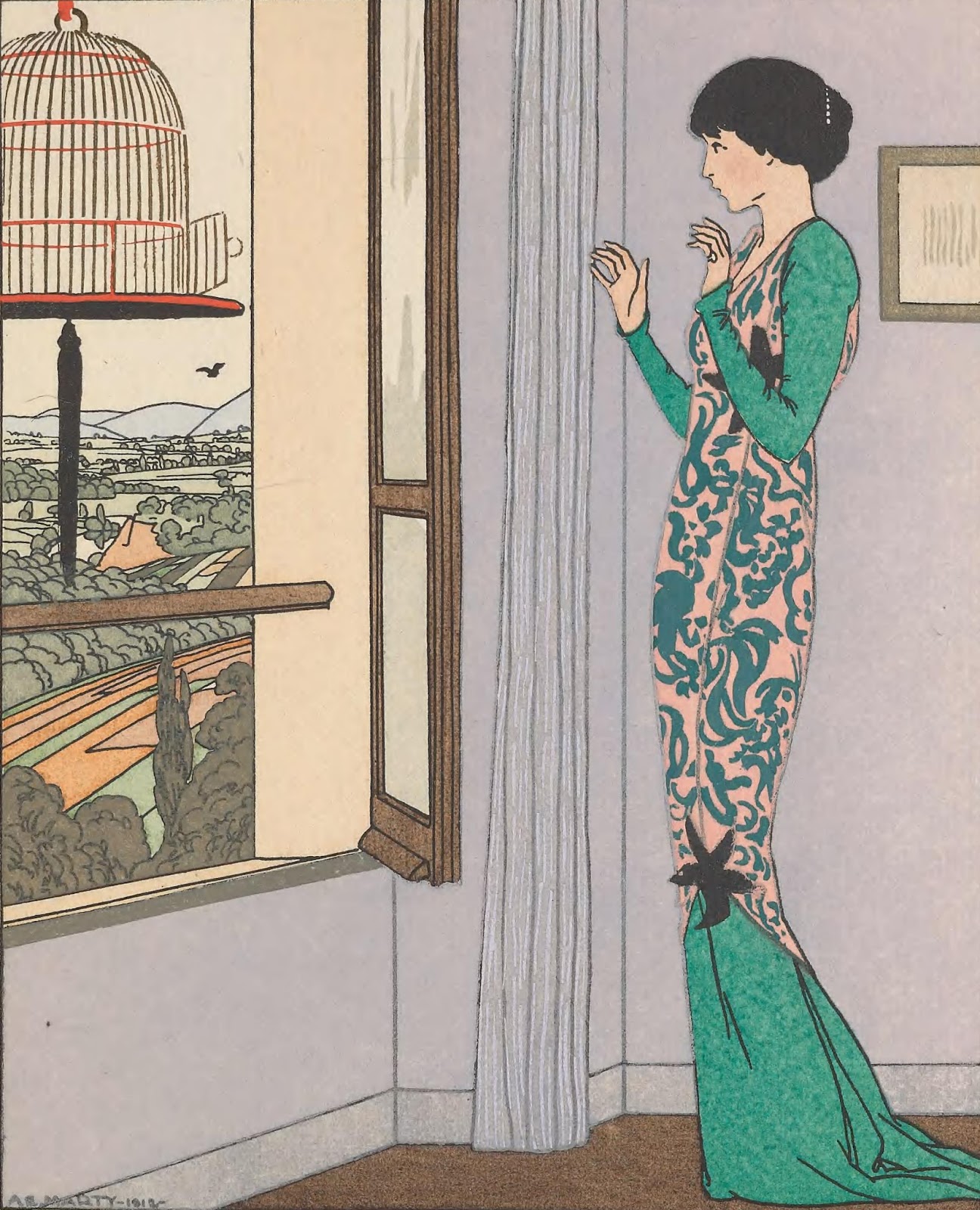 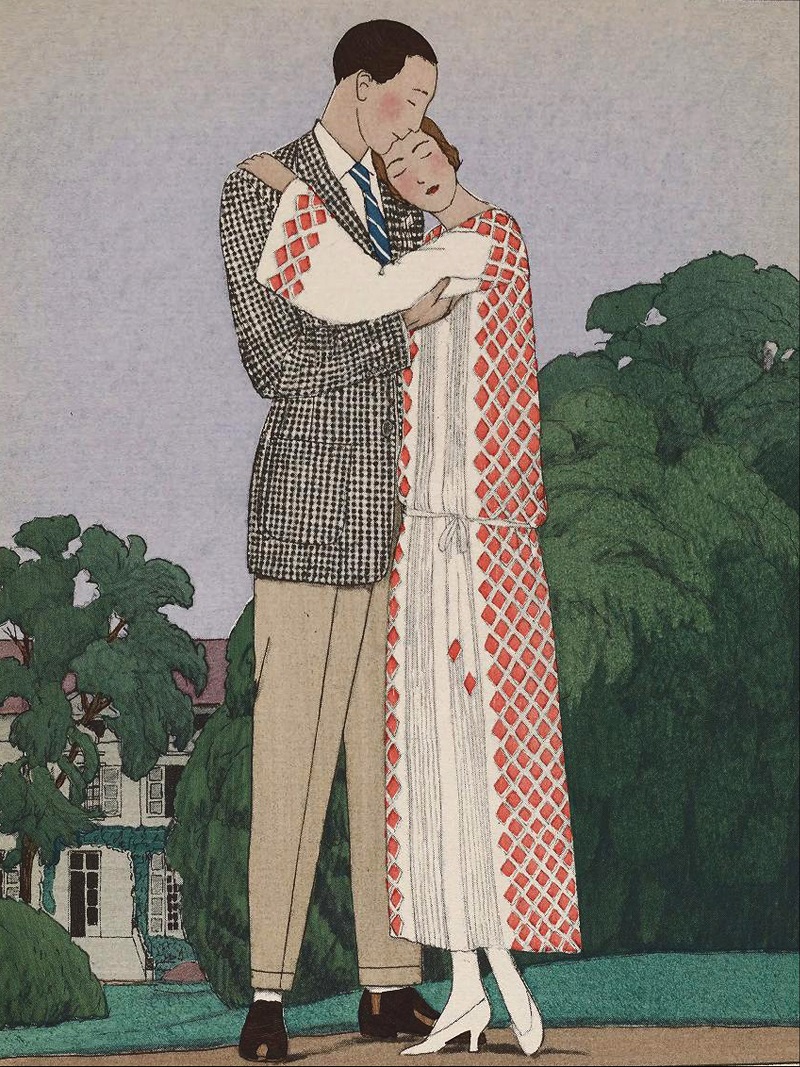 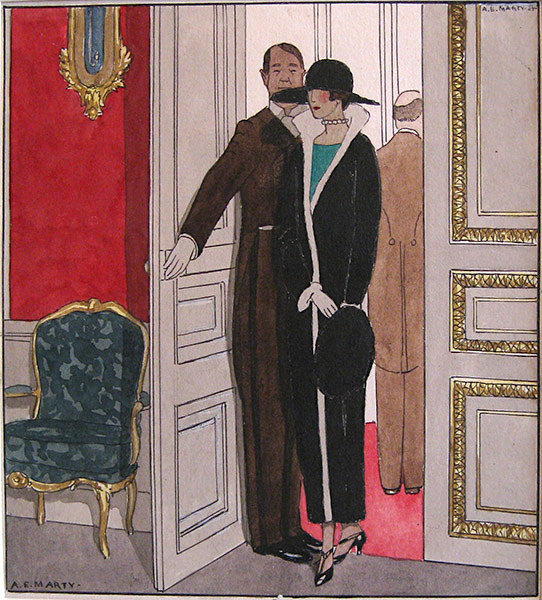 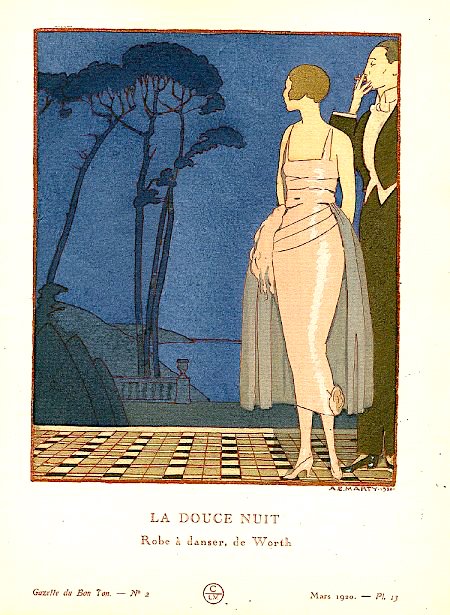 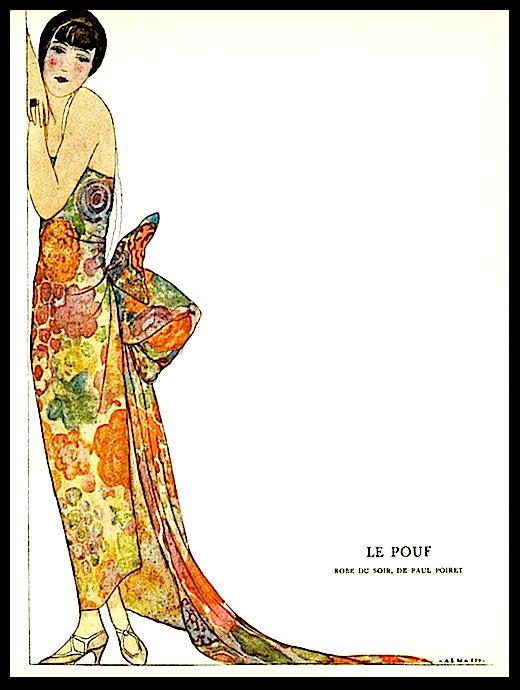 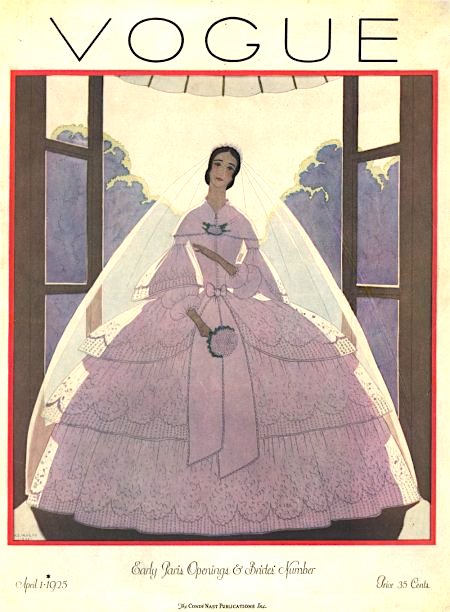 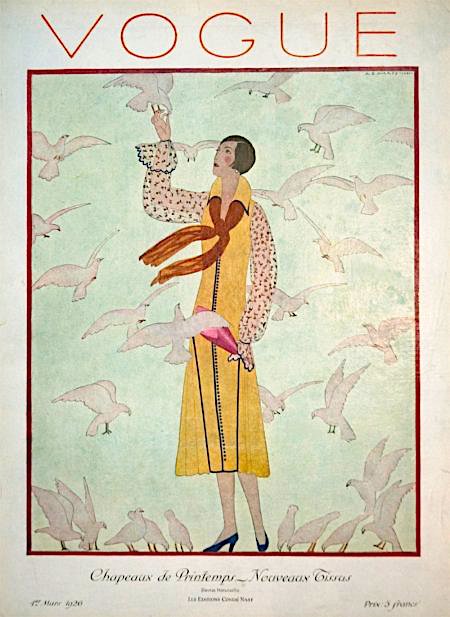 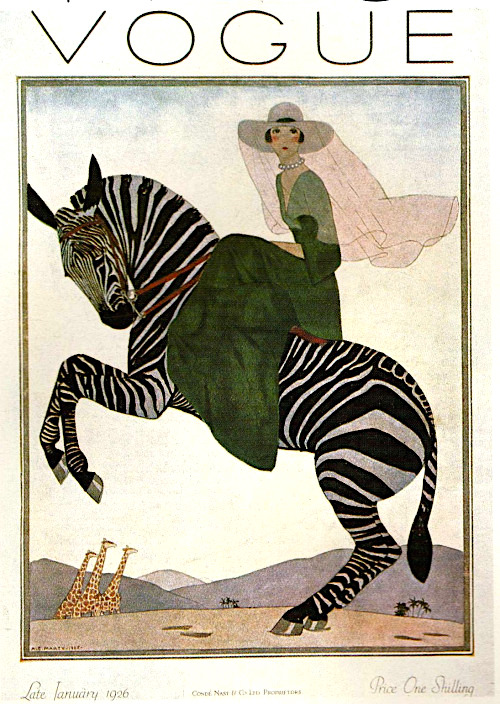 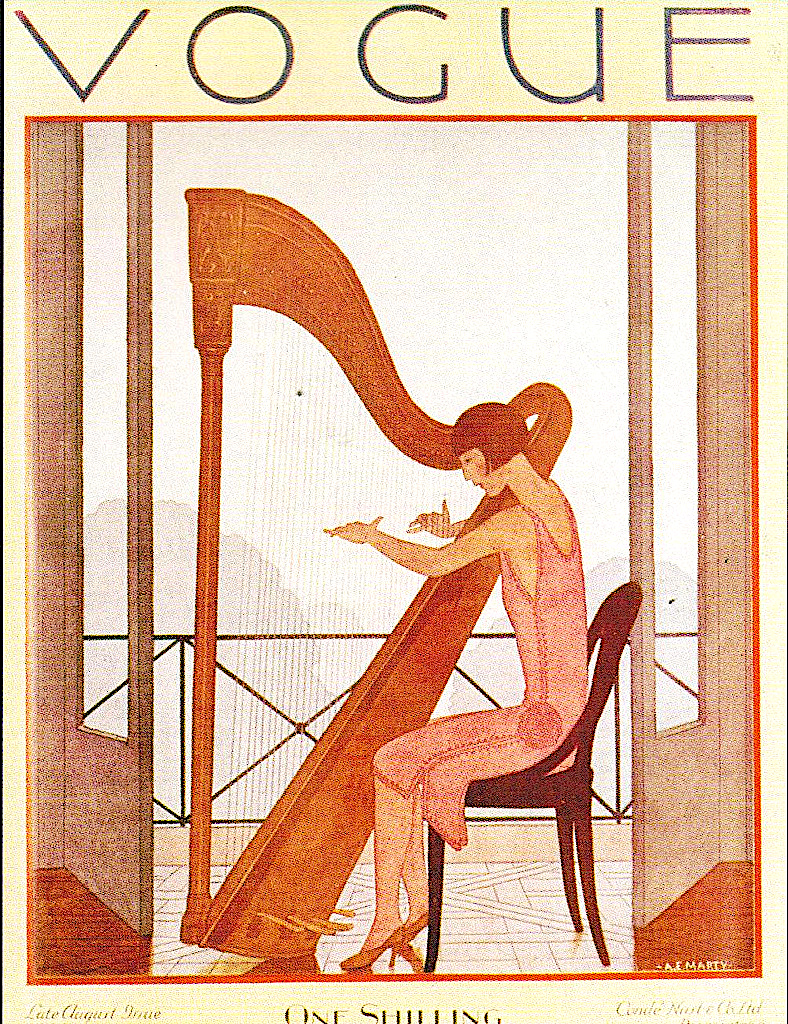 Vogue cover - Late August, c.1925
The covers shown here are from French, British and American editions of Vogue. Haute couture was and is quite international. 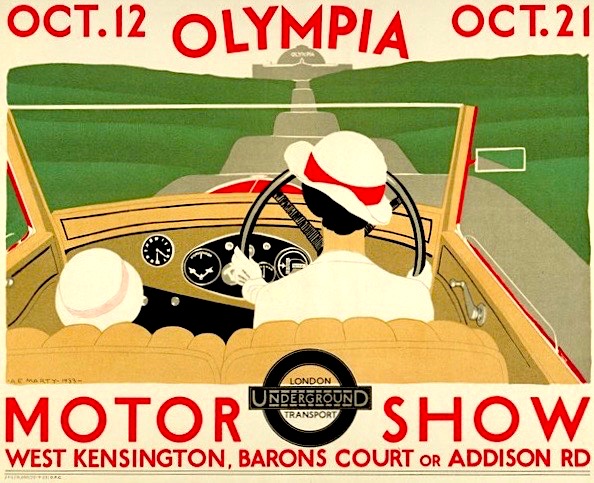 London Underground Poster - 1933
Marty did posters for the Underground for a few years in the early 1930s.