Jules Adolphe Goupil (1839-1883) has little in the way of biographical information on the internet, if my casual Google search was indicative. Two brief links are here and here.

Basically, he trained at the École des Beaux-Arts under Ary Scheffer, exhibited at the Salon early in his career and eventually became a Chevalier de la Légion d’Honneur. At some point in his career Goupil painted scenes related to the French Revolution, but these didn't appear in Google images. What I did find were several images of paintings of pretty young women clothed in elaborate costumes of silky or patterned fabrics. He was good at depicting such materials, which gave him a useful market niche for his works.

As best I can tell, he was not directly connected to the Goupil art dealership firm, if this Wikipedia entry is any guide.

Below are examples of Goupil's paintings featuring fabrics. 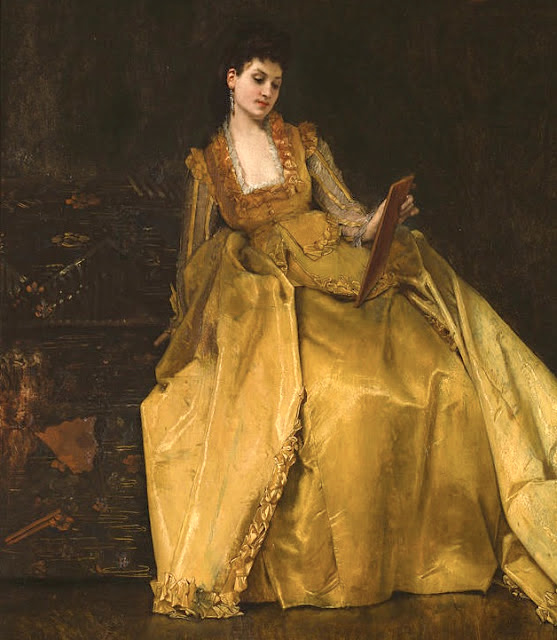 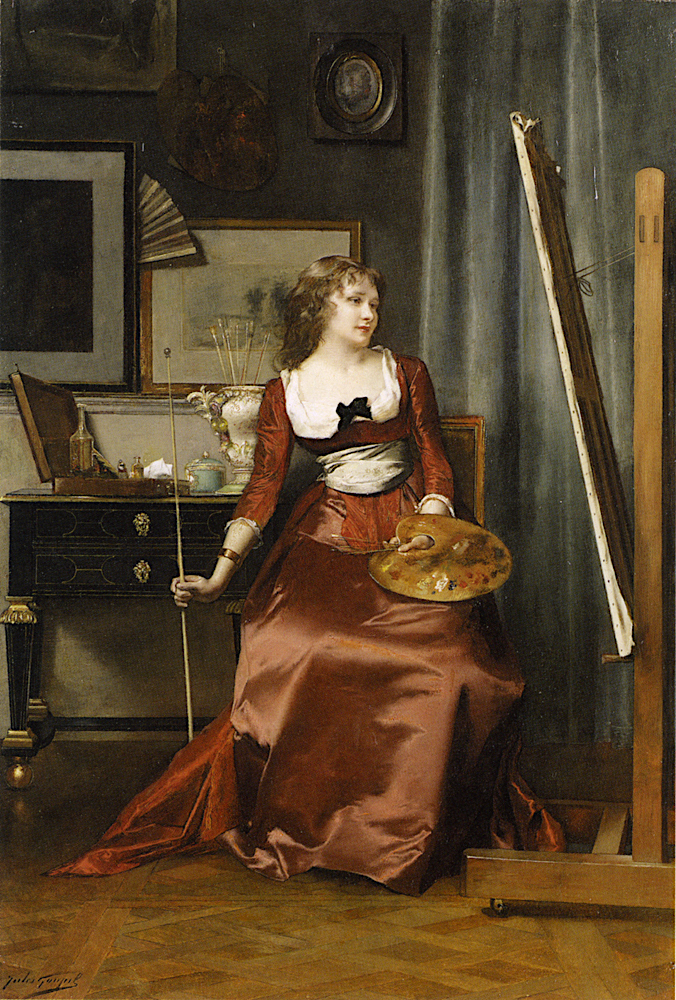 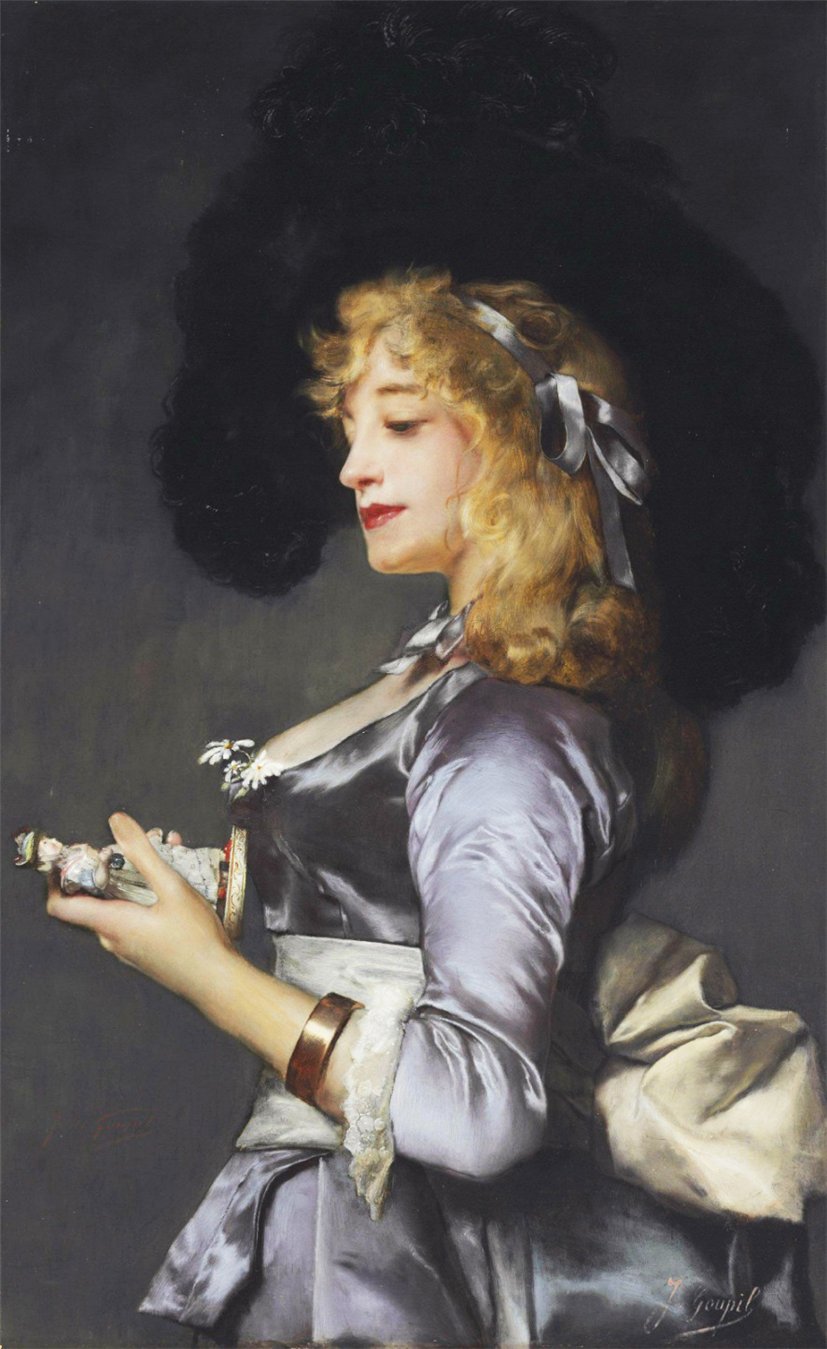 Lady with a Figurine 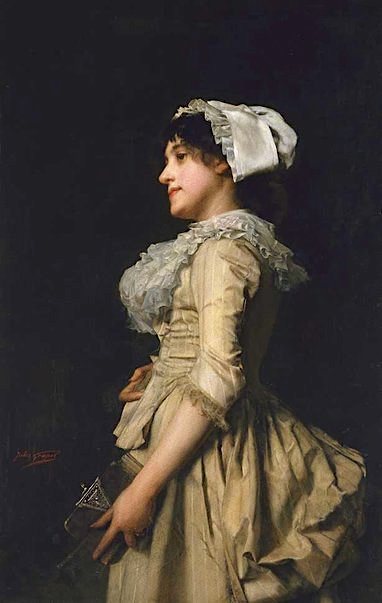 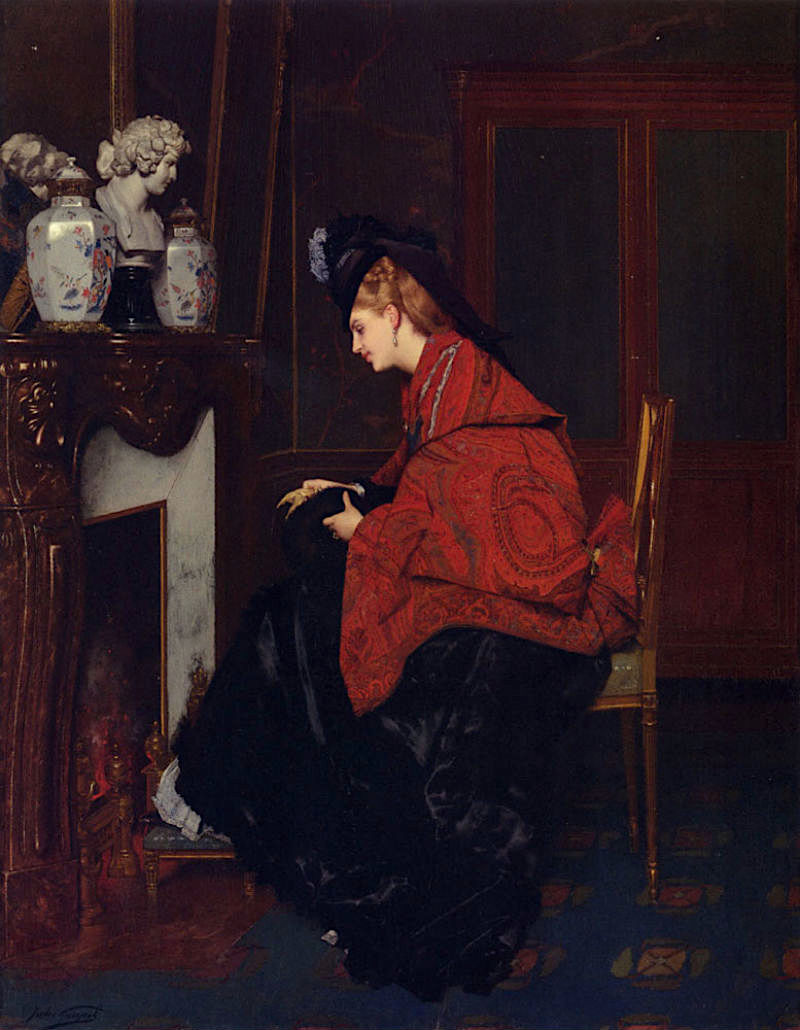 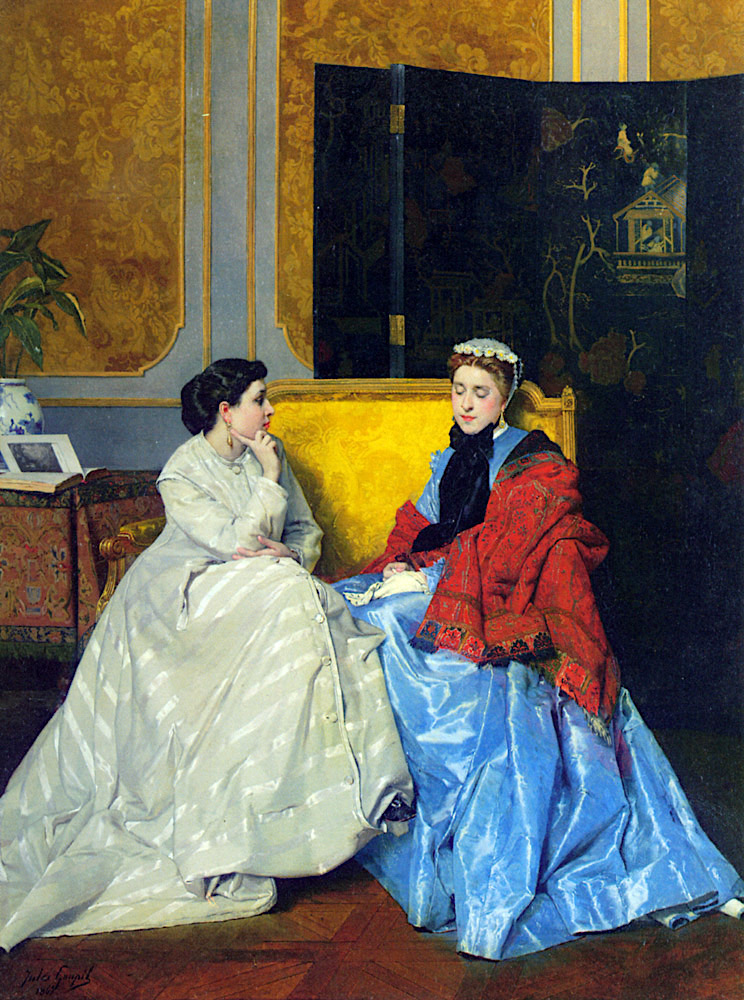 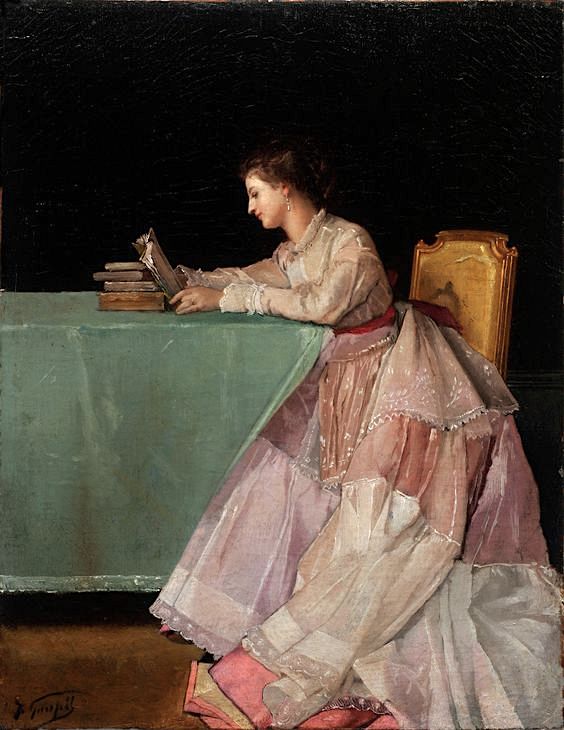