Henri Eugène Augustin Le Sidaner (1862-1939) was a prolific painter despite the fact that he usually painted in a small-stroke divisionist fashion. Even though he is not well known these days, the Athaenium web site has nearly 400 images of his work, far above their typical image count for painters.

Sidaner's English language Wikipedia entry is brief, so consider the more detailed French entry and have it translate the text if you don't read French. A useful article about him from 2014 can be linked here on the (British) Spectator site.

As for his style, Sidaner's divisionism was a treatment he applied much of the time to fairly structured draftsmanship. That is, if you look at the thumbnail images at the Athaenium site above, many seem sharp. It's only when you link through to enlarged versions that the brushwork becomes more dominant. 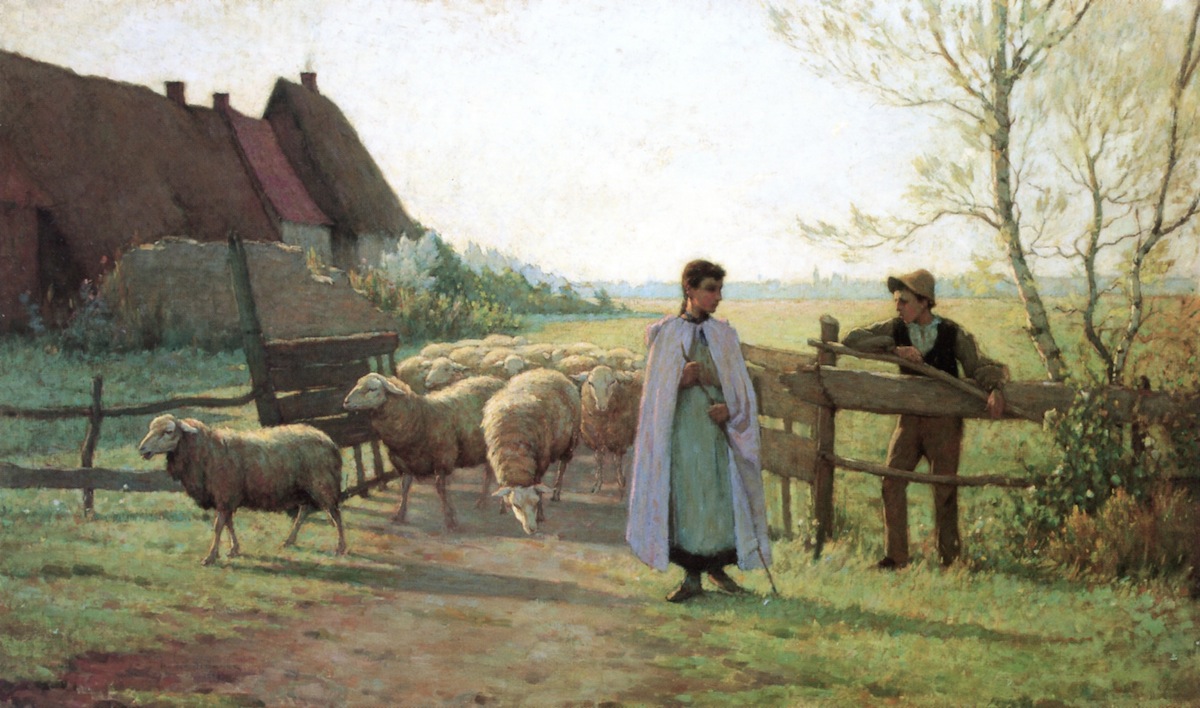 The Return of the Flock - 1889
An example of Sidaner's early style and subject matter. 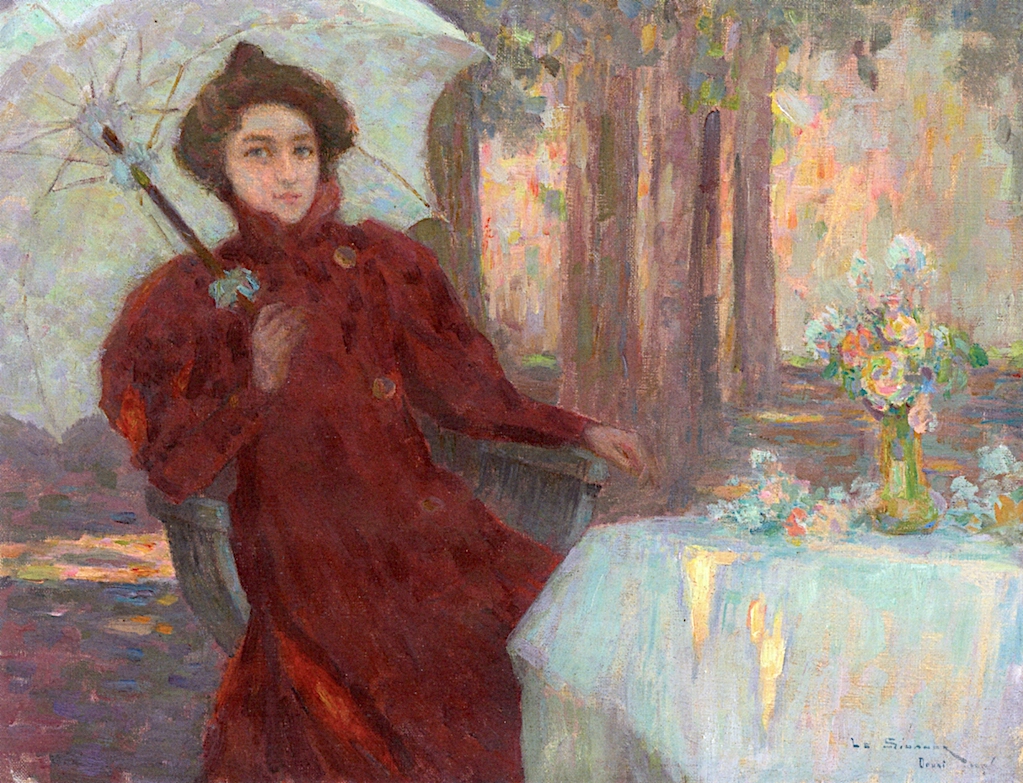 Portrait of Madame Hemon - 1896
Divisionism is beginning to creep in here in the form of small color areas.  The arms and hands are poorly done.  In any case, he seldom painted people. 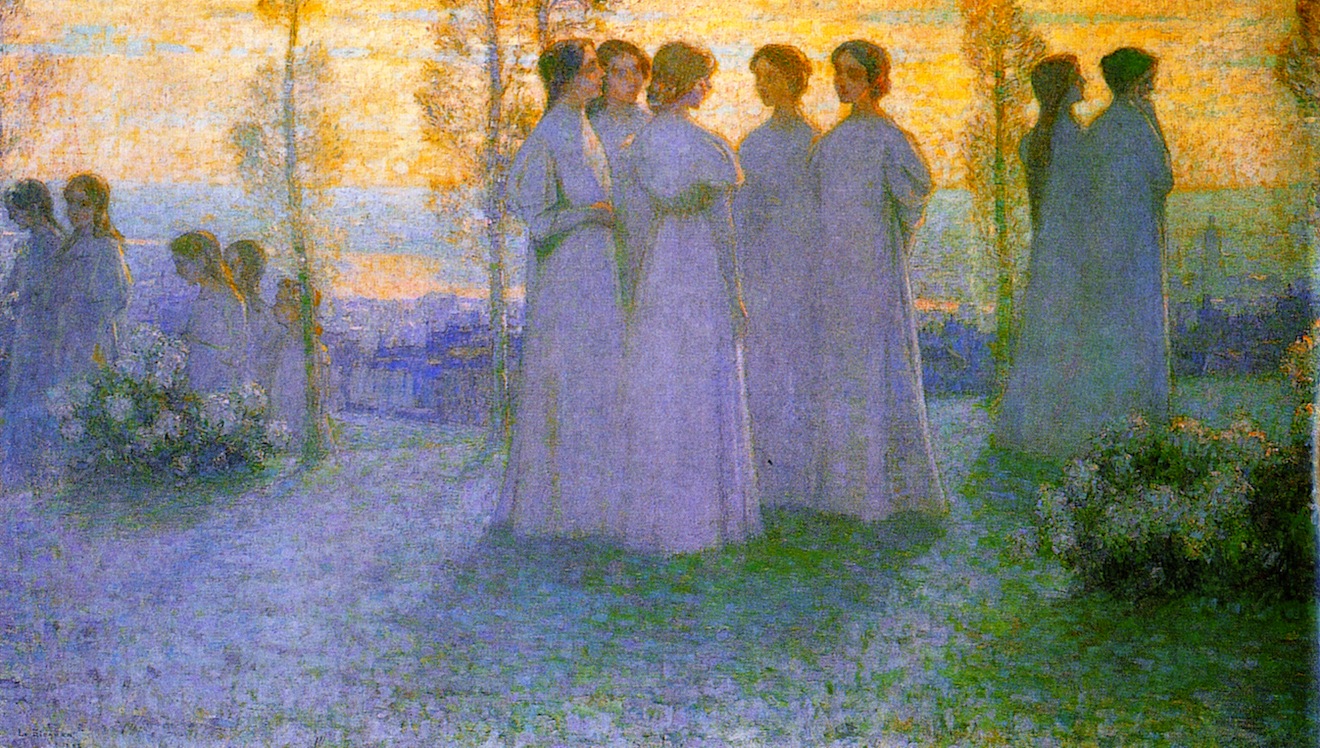 Sunday - 1898
A pleasant scene: one of his more interesting works with a Symbolist touch. 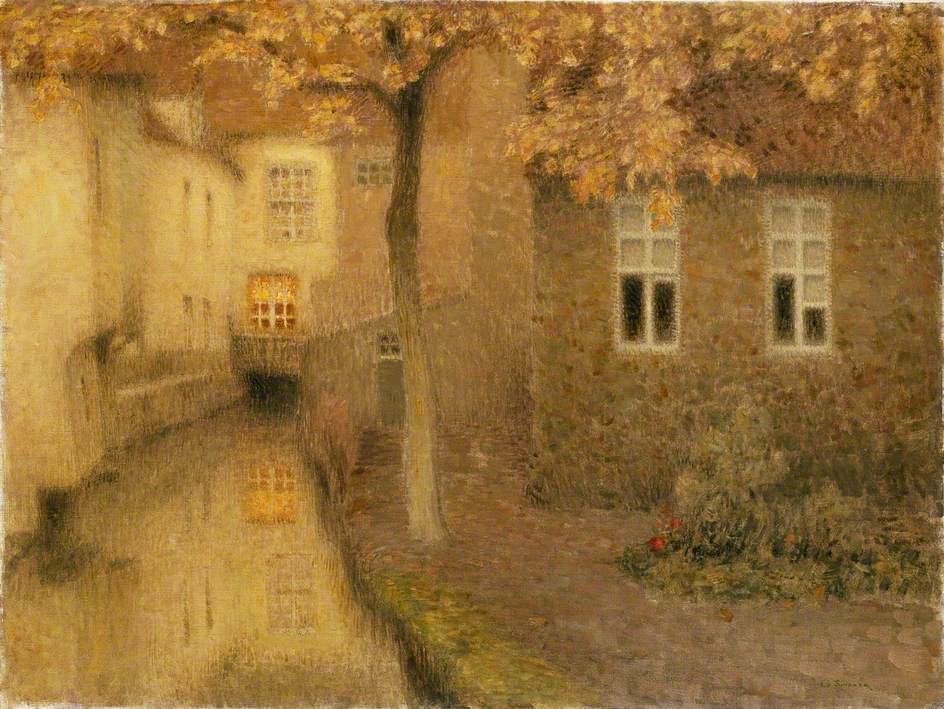 A Canal at Bruges - 1898
Le Sidaner avoided Paris, spending time at various places in France and Belgium.  A few of his works deal with the London area. 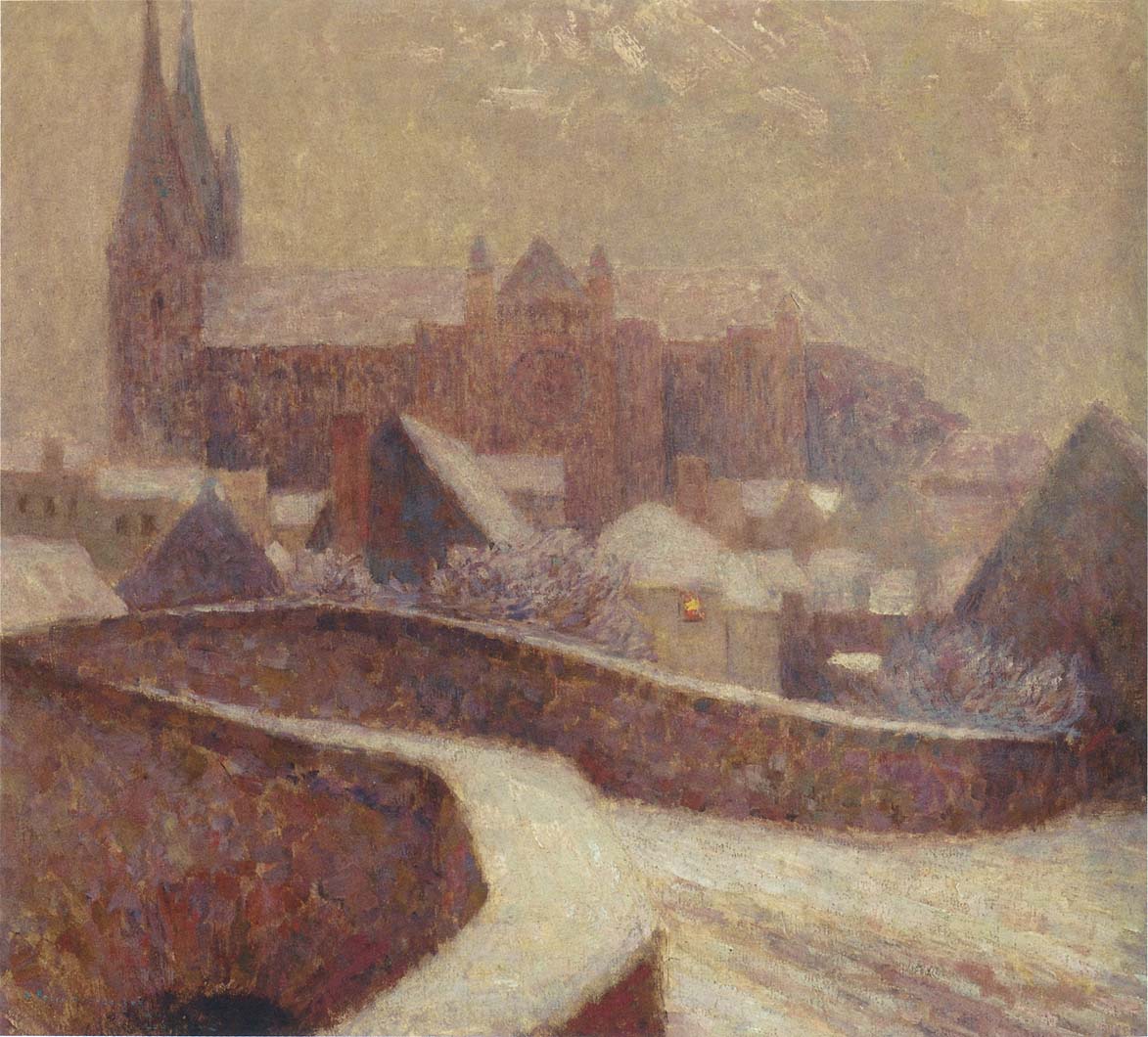 The Cathedral at Chartres - 1903-04
Note the small, lighted window.  This makes the image less relentless.  Examples of this can be found in a number of his paintings. 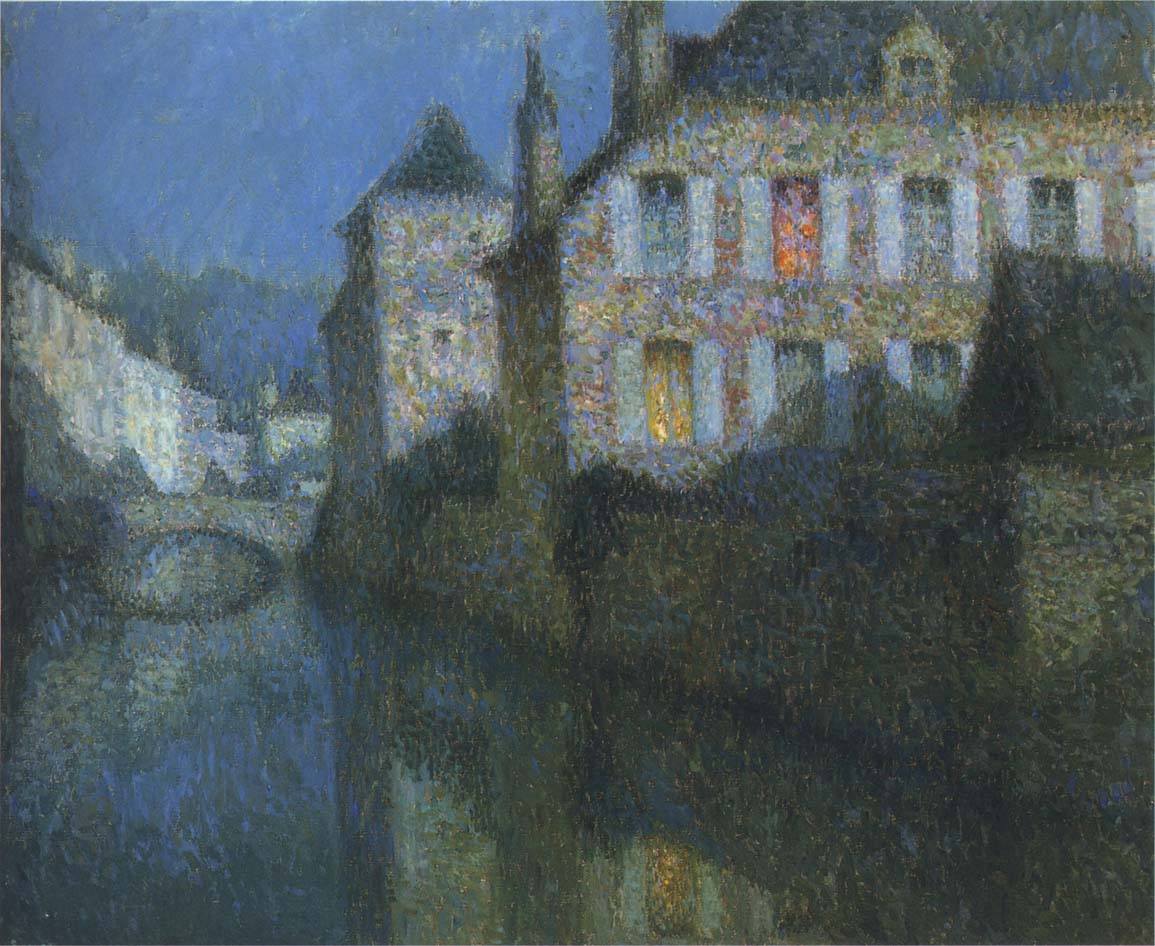 Full Moon on the River - 1919
Two lighted windows here (plus one reflected window) in this pleasantly moody painting. 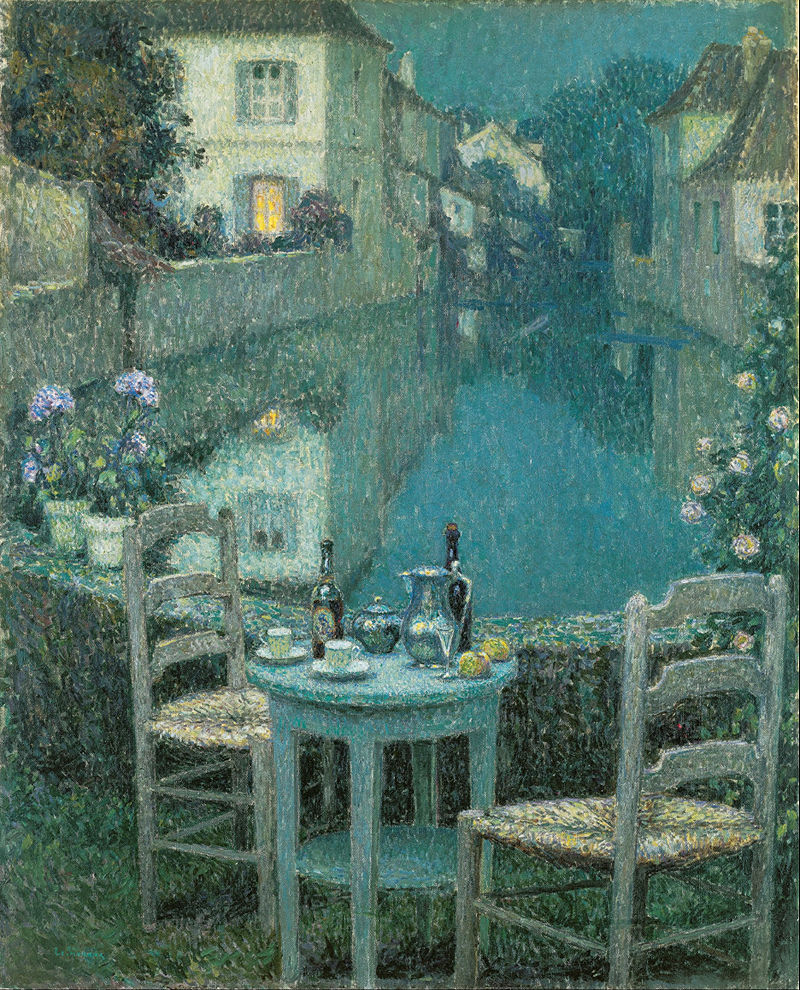 Une petite Table au crépuscule - 1921
He often included tables with a bit of still life as subjects.  Here too is a lighted window. 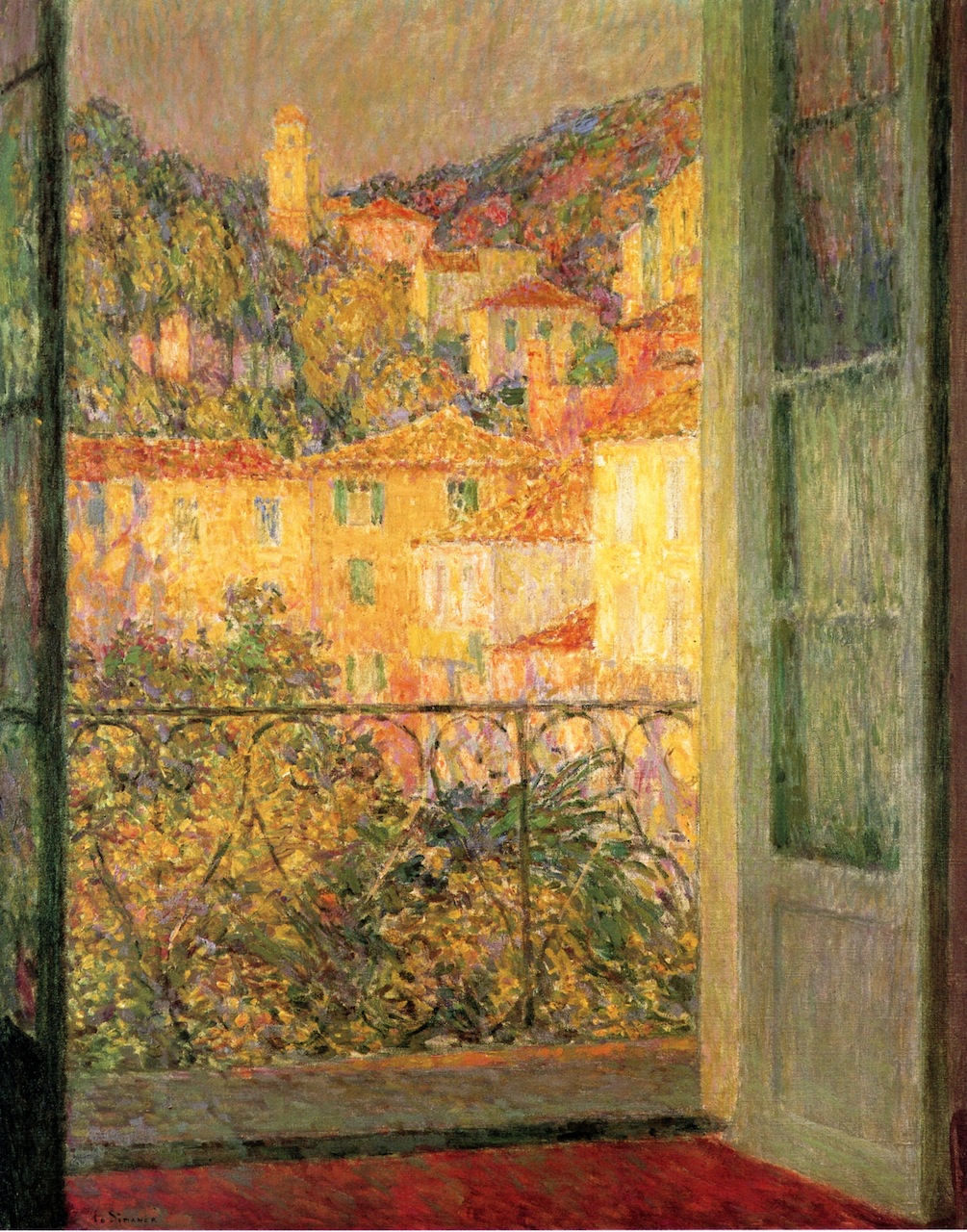 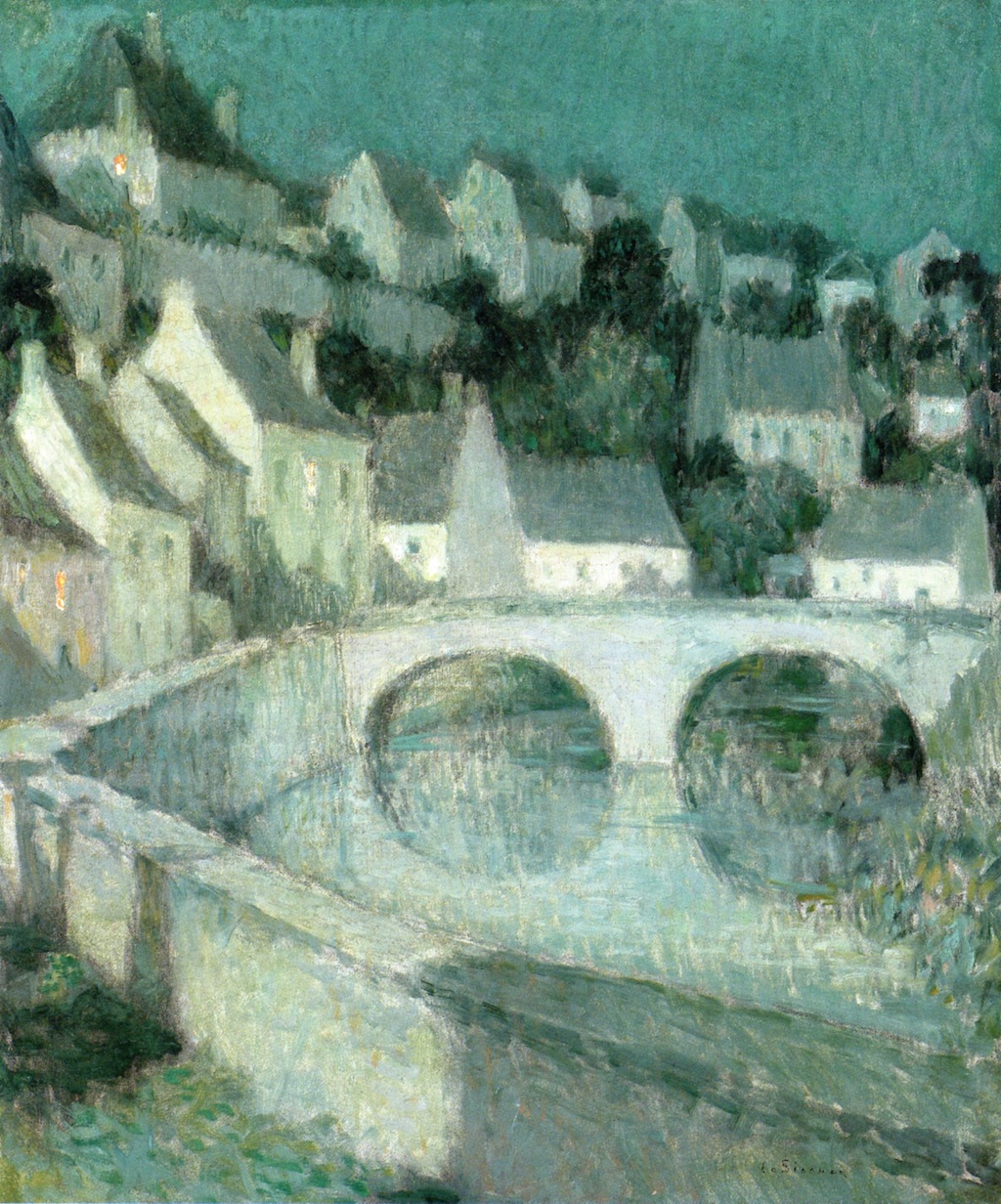 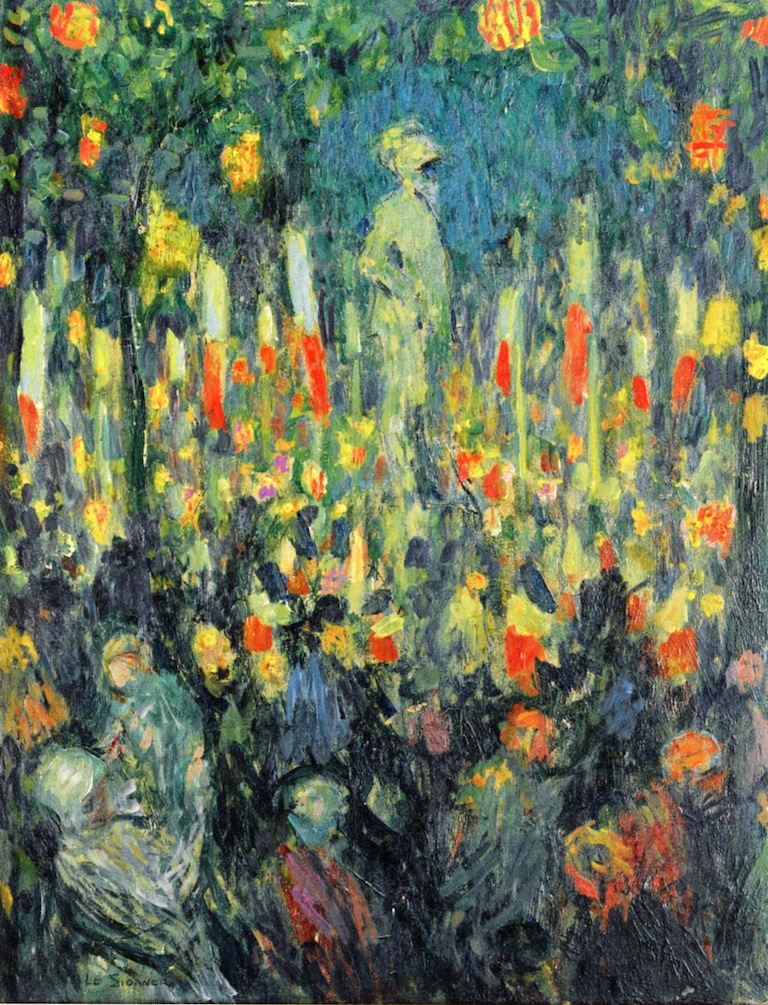 Evening Celebration - 1939
Painted not long before his death.  Atypical subject matter.  More of a sketch than a finished work (in Le Sidiner's sense).